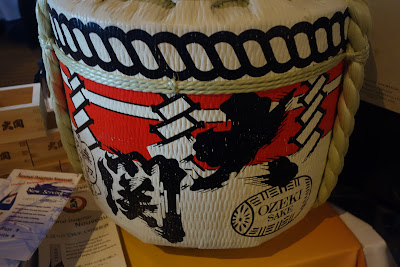 Wine consumption in Japan has risen an average of 4.5% each year for the past six years, and women have been a significant factor in this consumption increase. Recently, Bloomberg published an article, Working Women In Japan Are drinking More Wine Than Ever, which detailed this situation. Euromonitor International, which considered Sake to be wine, noted that Sake is the most dominant "wine" in Japan, occupying about 61% of the market, though also noting that sales volumes have remained stagnant since 2011. Sake consumption apparently isn't increasing within Japan.

Since 2006, consumption of wine, other than Sake, has increased by about 50%, although it still remains relatively low, at only about 2.4 liters per-capita a year, the equivalent of about 3.25 bottles. As for which wines are consumed, Still Red Wine dominates at 19.7% with Still White Wine taking second place at 10.4%. The other types include Sparkling Wine at 3.9%, Still Rosé at 3.4%, and Other at 1.9%.

Fortunately, Sake exports continue to rise, at records levels. The Nikkei Asian Review, in an article "Japanese Sake Exports On the Rise," note that in 2016, Sake exports rose 10%, to about $137 Million, and this was the seventh consecutive year of record increases. Part of that increase is alleged to be due to a greater popularity of Japanese cuisine. These figures don't include the amount of Sake purchased by tourists, which could be significant. The increase in exports have also seen an increase in Sake rice harvests.

These statistics received some confirmation from Forbes, in its article U.S. Sake Sales Soar As Brewers Around The World Defy Ancient Japanese Traditions. The article notes that U.S. Sake sales have grown about 8% annually for over 20 years, though it wasn't until around 2000 that major U.S. cities started importing significant amounts of high quality Sake. Currently, about 89% of the Sake imported into the U.S. is premium Sake, and not futsu-shu.

This article also notes the increase in the U.S. of Sake breweries, such as the Texas Sake Co., which are trying to convince consumers to drink more Sake. Japanese Sake breweries are also trying to find ways to better market themselves to Americans, some trying to create nontraditional Sake, such as flavored Sakes, which might appeal more to Americans unfamiliar with Sake. There is also brief discussion of sweet and sparkling Sake being a gateway to higher quality Sake. I've long said that Sparkling Sake, which often is lightly sweet, fruity and effervescent, can be a good way to break down stereotypes about Sake and introduce newcomers to its diverse potential.

All of this news is positive for the Sake industry but there is still much more room for growth. We need more education about Sake, as well as more marketing efforts to show American consumers the diversity of Sake. We also need to show people that Sake is not just for Japanese cuisine but pairs well with all types of cuisines, from Italian to French, from burgers to pizza. Sake is a fascinating alcohol, with a great history, and more Americans need to experience it. Please make a resolution to try some Sake this Spring.
Posted by Richard Auffrey at 12:24 PM