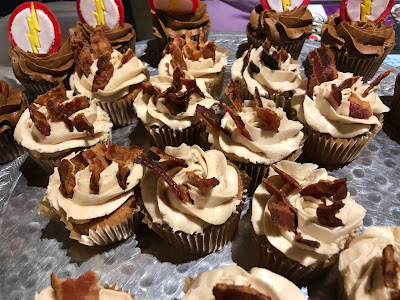 What do you believe is more important, the cupcake or the frosting? Is a cupcake merely the vehicle to transport a mound of frosting? Or should they be a harmonious and well balanced combination, with neither dominating?

This issue has been on my mind lately and over the weekend, it became even more prominent to me. I tasted a number of cupcakes from Quigley's Cakes, a New York company that creates specialized cakes, cupcakes, and more. They were selling some of their cupcakes at a gaming convention, so the cupcakes all had a fantasy or science-fiction theme. The cupcakes were inventive and delicious, and I felt that they struck a fine balance between cupcake and frosting, just the way I prefer. 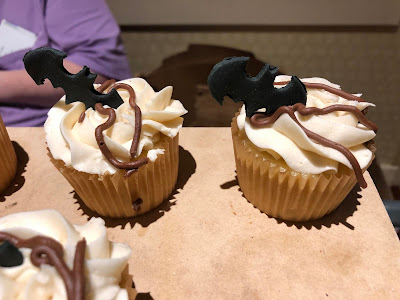 The origin of cupcakes seems to begin in the late 18th century though it wouldn't become common to frost them until the 1950s. Cakes had been covered with icing or frosting since the 16th century, but it too much longer for cupcakes to become commonly frosted, though there were likely exceptions. I also suspect that since the 1950s, and especially in recent years, the amount of frosting on cupcakes has grown and grown. Sometimes the height of the frosting is now the same height, if not even higher, than the cupcake itself. 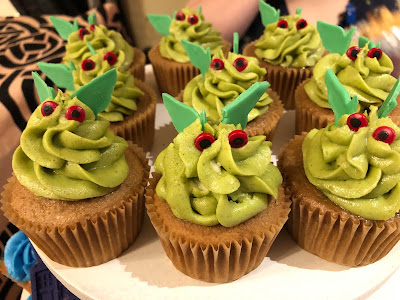 When the frosting is that high, it makes it extremely difficult to eat the cupcake, if you'd like a bite of both frosting and cupcake at the same time. Instead, you have to eat a few mouthfuls of just frosting before you can enjoy the cupcake too. It is as if you are giving the starring role to the sweet frosting, when it is the cupcake which should be the star. Frosting should have a supporting role, almost like clothing for the cupcake, but the clothing shouldn't be so bulky as to hide the body of the cupcake. If the frosting is so important to you, why even have a cupcake too? Just have a bowl of frosting instead. 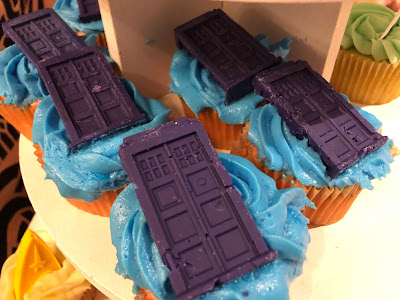 Many chefs will tell you that food dishes should be balanced, that you want to create a harmony with all of the ingredients. Why shouldn't cupcakes also be better if balanced? Stop making towers of frosting upon small cupcakes and return to when the frosting playing more of a supporting role. Think of balance! The cupcakes from Quigley's Cakes met that balance, and they were a joy to eat. Besides that balance, the cupcakes were moist and flavorful, the frosting creamy and tasty. 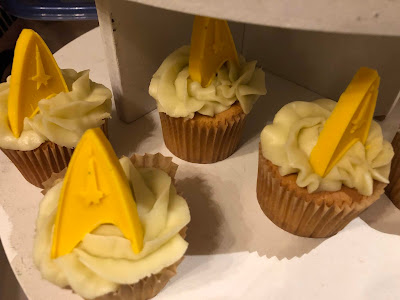 Though Quigley's is located in New York, they will deliver to Massachusetts, so if you'd like to order some unique and delicious creations, check out their website.
Posted by Richard Auffrey at 9:48 AM