The End of the Line: Where Have All the Fish Gone? 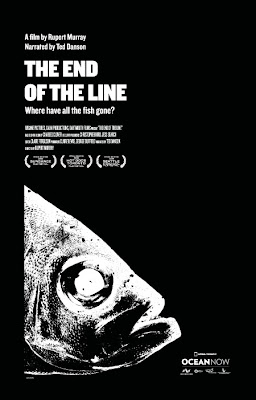 Due to overfishing, many species of fish are endangered, and some face the possibility of extinction. You may not realize which fish are in danger and could thus be unwittingly contributing to their demise. More knowledge about this issue should be spread. To help disseminate the word, a new independent documentary, The End of The Line, has recently been released, explaining the dire problem of overfishing.

The film is based on a book written by Charles Clover, an investigative reporter, and Charles is also in the film. Ted Danson narrates the movie which ranges all across the world from Alaska to Senegal, from Tokyo to Nova Scotia. You will also hear from others, including a number of scientists and fisherman. The film runs about ninety minutes long. 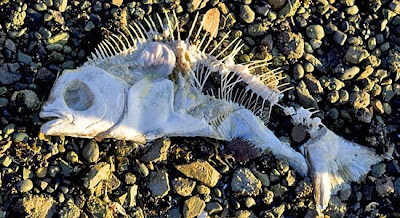 The photography is visually stunning and often quite evocative. There are some incredible shots of sea life and plenty scenes of fishing too. It is a well crafted film. About 80% of the film details the problems and issues behind overfishing and 20% deals with some possible solutions. The position of the movie is quite clear, and there is little contrary opinion voiced in the film. Though I really did not expect much opposition to be inserted into the film. It is not intended to be a balanced debate of the issues but more to make their specific position known.

The information presented forms a disturbing picture and should unsettle anyone watching the film. It is filled with many intriguing items of which you are likely unaware. For example, bottom trawling, dragging huge nets across the floor of the sea, is said to be equivalent to plowing a field seven times in a year. That obviously can cause much destruction to the sea floor. Though the movie indicates there is some disagreement of the number of fish still existing in the seas, there seems little disagreement over the fact there are serious problems. Counting fish is said to be similar to counting trees except they are invisible and they move. Part of the problem of overfishing is the huge boating capacity that now exists, far too many boats for the fish that exist. Technology has made it much easier to decimate the fish of the seas.

There are many political issues involved, in countries all across the world. For example, the international organizations that decide the quotas on fishing often don't listen to the scientists, bowing to pressure from fisherman. Thus, the quotas are much larger than what scientists recommend to protect endangered fish. There is also a significant problem from illegal fishing, which ignores quotas, and some countries do little to stop such illegal fishing.

If fishing practices continue as is, without efforts to resolve the problems, it is predicted that the fish population could collapse by around 2050. But there is still time to stop that from happening, if we act now. Efforts in Alaska are praised as a good model on how to preserve the fish population.

The key ways to combat the problem of overfishing are threefold. First, consumers need to be careful what type of fish they eat, eating only sustainable fish. Second, politicians must be convinced to act responsibly, to take action to help preserve the seas. Lastly, there must be support for the creation of marine reserves where fishing is not permitted.

Overall, I liked the film and I think it did a very good job of presenting the problem of overfishing. I think though it could have dedicated more time and detail to potential solutions. Practically, a concerned individual has to take the time and effort to learn much more about potential solutions. Hopefully that will occur, though there are no guarantees, but I would have preferred to see more specific details in the film.

If you would like see this documentary, it will open in Boston on July 24 at the Landmark Kendall Square theater.
Posted by Richard Auffrey at 6:01 AM

what are some examples of sustainable fish? and are they delicious?

Hi!
There are plenty of delicious, sustainable fish from wild Alaskan salmon to barramundi. On the left side of my blog, find the Sustainability title. There are numerous sites there that will give you lists of sustainable fish.