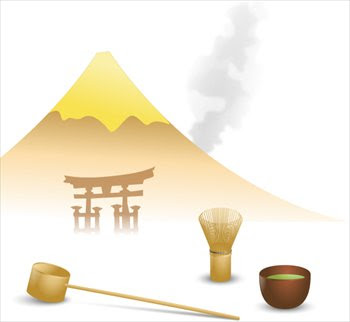 (Yes, April 6 was Wine Blogging Wednesday #72, Helping Japan, so my post is a bit late but I was out of the country for two weeks.)

On Friday, March 11, a massive earthquake, one of the largest in recorded history, struck northern Japan, triggering a devastating tsunami that has affected millions of people. Over 3,000 people have lost their lives and thousands more have remained unaccounted. The destruction has been so extensive that millions of families have been displaced in search of water, food and shelter far from damaged nuclear reactors. Obviously, this has been a terrible tragedy, pulling at every one of our heartstrings with the innate desire to help, to give something that might make their lives easier.

The people of Japan need humanitarian assistance - they need our assistance - to help overcome the devastation. This is why Gabriella and Ryan Opaz of  Catavino and I came up of the idea of hosting an event to support Japan, using Wine Blogging Wednesday as our perfect vehicle.  Lenn, the originator of WBW, was quick to support the idea, allowing us to pitch Wine Blog Wednesday #72: Helping Japan. For this theme, participants had two options, to either drink and review a Sake or drink and review wine that pairs well with Japanese cuisine.  Of course, I chose to drink a sake. 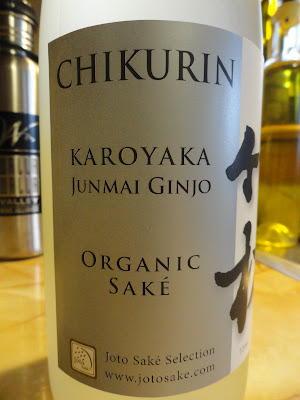 I received a sample of the Chikurin Karoyaka Junmai Ginjo, which may be the first 100% Japanese, USDA-certified organic sake.  You might see other organic sakes on the market, from producers such as Kikusui and SakeOne, but they use rice grown in the U.S.  The rice used for this Chikurin is grown entirely in Japan, and by the brewery itself. So why is there so little organic sake coming out of Japan?

Most of the rice grown in Japan is cultivated on hillside terraces so water filters down through the terraces from the top of the hill.  Thus, if you want to be organic, all of your neighbors above you on the hill must also be organic, or their water would corrupt your efforts.  Plus, it can be difficult if your close neighbors use pesticides, which can easily blow in the wind onto your terraces.  So, being organic is very difficult in Japan, though I think it is likely you will see more organic cultivation in the near future.

The Chikurin Karoyaka Junmai Ginjo ($50) is made by the Marumoto Brewery, located in Okayama, and exclusively imported by Joto Sake, an importer of artisanal Japanese sake. The Marumoto Brewery, founded in 1867, was originally called Shimizu-ya (which means “spring water store”) because it was built at the site of an important water source. Marumoto launched the Chikurin brand in 1990, the first 100% estate bottled sake.

Marumoto is sometimes known as Nousan Sakagura, the "Farmers’ Brewery," because the farmers who cultivate the rice are also the ones who brew the sake. In addition, the rice is grown at lower yields, thus increasing the amount of starch in the rice while lowering the amount of proteins.  In 2009, they attained USDA organic certification, under the direction of Ecocert SA.

The name of the sake, “Karoyaka,” means “lightness.”  It is produced from 100% Yamada Nishiki rice, and has a rice polishing rate of 50%, which would qualify it as a daiginjo but the brewery has chosen to label it as a ginjo. This is obviously a high quality, and very artisan sake, which has also taken great work in the fields to produce organic rice.  So the price is clearly indicative of these intense efforts and thus, the sake is reasonably priced.

This is a very interesting sake, with a harmonious and complex melange of flavors, and a clean and light profile.  There are herbal notes accompanied by some cherry flavor and hints of melon. And if you concentrate more, you can detect even more subtle flavors beneath those primary ones.  It is dry, with good acidity, and a pleasant and lingering finish.  It is supposed to pair well with oysters and white fish, and I do think it would work well in those regards.  I paired it with a simple roast chicken and enjoyed how the sake complemented the moist and tender meat.  This is a sake for connoisseurs who will enjoy its complexity, yet it is still very approachable for newcomers too. It gets my highest recommendation.

Please help the people of Japan overcome the effects of this terrible tragedy.  If you can give, please click on the American Red Cross site and donate whatever you can. Thanks very much.
Posted by Richard Auffrey at 1:40 PM

Excellent, this stuff sounds awesome, and I'm not surprised that it is from Joto Sake. I met Henry Sidel at a big tasting in VT last spring...I was super impressed by the quality of the artisan selections he was showing that day.