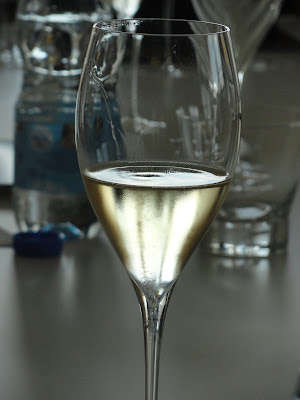 "Champagne is sparkling wine produced only in the Champagne region of France."

This is a simple truism, one which I have often used myself, yet it also fails to capture the entire essence of what being "Champagne" entails. Though that sense of place is very important, there is more involved as well, additional characteristics which serve to differentiate Champagne from sparkling wines made elsewhere in the world. Understanding those differences will help you better comprehend why the designation "Champagne" should be protected.

Back in March, you will find my original rant, Protecting Champagne From The U.S., but I felt a need to expand on my prior post, especially after my recent visit to Champagne. I visited the offices of Le Comité Interprofessionnel Du Vin De Champagne (CIVC), an organization which brings together the Houses, Growers and Cooperatives of Champagne. One of their missions is to protect the name of Champagne, stopping counterfeits and preventing the misuse of the term. They currently have about 1000 open cases, and approximately 20% of their efforts are directed against counterfeits and 80% against misuse. They are aware of the many U.S. wineries which use the term "Champagne" and they desire to change that, a worthy albeit difficult task. 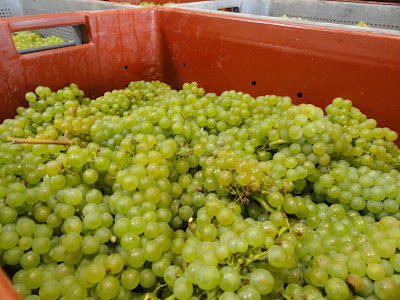 Besides the issue of place, Champagne also has another significant difference from other sparkling wines around the world. Champagne is highly regulated, with the intent of enhancing the quality of the final product, and probably no other sparkling wine in the world is as highly regulated. For example, sparkling wine in the U.S. has few regulations, so even if it says "Champagne" on the label, there is absolutely no guarantee that the U.S. producer followed all, or even most, of the regulations which exist in the Champagne region in France. So the difference is far more than just place, and those the multiplicity of differences range from the vineyard to the winery.

For example, Champagne regulates issues in the vineyard, including planting density, approved methods of pruning, maximum yields permitted per hectare, harvest dates, and more. They also regulate which grapes are permitted, when and where new vines can be planted, and how to be more sustainable and reduce their carbon footprint. Grape pressing has many rules, and only whole cluster pressing is permitted, which generally means mechanical harvesting can't be used.  Pressing centers must meet over 20 different approval criteria, including matters as pressing and racking capacity, daily press loads, type of press used, pressing and sulphuring, and hygiene standards.

The method of production, the méthode traditionnelle or méthode champenoise, has many restrictions, rules and limitations. For example, the alcohol level is limited to 13%, though there can be a variation of up to 0.5%.  There is a minimum length of time that the wine must mature in the cellar, at least 15 months. The wine cannot be bottled after harvest until at least January 1, and the wine must be sold in the bottle in which it actually undergoes secondary fermentation. Even the nature of the bottles is regulated, such as to weight and pressure resistance. 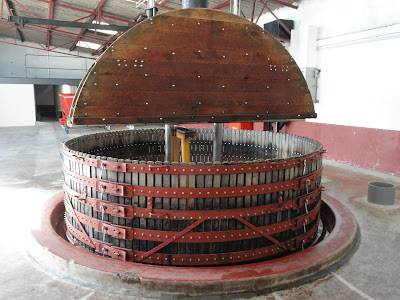 So, my opening sentence needs some revision, or at least an expansion, to more accurately depict the nature of true Champagne. So let me try this:  "Champagne is sparkling wine produced only in the Champagne region of France. That region is subject to comprehensive, strict and unique regulations, from the vineyard to the winery, which are intended to produce a better quality product."

So please understand that Champagne is unique for more than just its place, but also for how it is produced, in the vineyards and wineries. The public needs to understand that fact, so they become less confused about what is true Champagne. U.S. wineries which produce sparkling wine, far too often labeled as Champagne, do not follow those regulations, and thus have even less justification to use that term. It is time for U.S. wineries to stop using the term "Champagne" and stand on their own merits, rather than relying on the   reputation of the Champagne region of France.
Posted by Richard Auffrey at 4:00 AM

Richard, I was so envious of your recent trip! Glad to see you're putting it to good use. I've hiked quite a bit through that region of France and came to many of the same conclusions about AOC protection.

Just because you can't call it champagne though, doesn't mean that California doesn't produce some marvelous sparkling wines. The Catalonians are marketing their fabulous cavas and the Italians are mastering the art of marketing their proseccos. The California producers need to stop misappropriating this label and find their own which carries pride-of-place.

I just discovered your blog and post. Excellent and I have to say thank you very much!!! As a French wine passionate, from Champagne and now in California for more than a year, It is hard to see some sparkling wines labelled "Champagne", makes me crazy sometimes!!! But I have to add, like Frederick Wright said, excellent sparkling wines do exist also and California is not an exception. But please, Champagne is from Champagne, France!!!