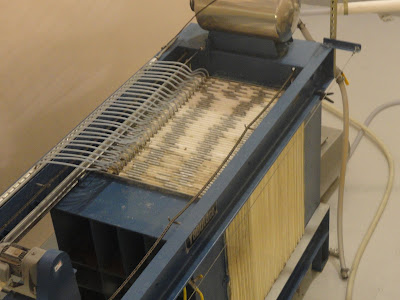 1) Let's start off with some good news! The Business Standard reports that Japan's agricultural exports has increased for the third year in the row, increasing by almost 22% in 2015. More specially, Japanese Sake exports grew by 21.8%, up to 14 billion yen, which would be about $117 million US.  As the U.S. receives about one-third of those exports, it means about $40 million in Sake came into the country last year. Japan should continue increasing Sake experts, as the income could help their industry survive. There are no other details in this article, but it is relatively new and I'm sure that additional details will come out in the near future.

2) There is a growing Chinese demand for Sake! That is another partial explanation for the growth in Japanese exports, but some Chinese are going to the source for their Sake fix. Over at the Ejinsight on the Pulse, they report that there is growing tourism boom to Japan, from China and other Asian countries, with a goal of purchasing Sake. With cheap flights and a weak yen, Japan has become an attractive destination for other Asians. These tourists have been returning home with Sake bottles, and some have been visiting breweries as well as the Hakutsuru Sake Brewery Museum. This is also very good news, to see increased interest in Sake.

3) More details on the growing Chinese interest in Sake comes from the South China Morning Post,   noting how Hong Kong is starting to become a Sake mecca. As there is no tax on Sake, it makes it a more appealing beverage for restaurants and consumers. One Sake producer, Four Fox Sake, is bottling their Junmai Daiginjo in a special silver bottle, hoping it will be able to stand against high-end vodkas and other spirits at nightclubs and bars. The article even has a little info on Sake & food pairings, discussing its umami nature which makes it pair well with many different cuisines.

4) The increased interest in Sake in the U.S. is also resulting in a number of new Sake breweries starting up in the last few years and being planned for the near future. In CityArts, there is a fascinating article about the Cedar River Brewing Company, located in Seattle, Washington. In this article, owner/brewer Jeff James explains about Sake and their brewery. His flagship Sake is a Junmai and there is info on Jeff's brewing process, which he describes as "old school." Jeff has a full time day job so he works very hard, brewing Sake in his free time, slowly expanding his business, including recently hiring a business manager and marketing manager. Besides the Junmai, Jeff also makes a Nama, Nigori and a Taru Sake (which is aged for two weeks in local cedar). I haven't tasted any of his Sakes yet but it is great to see new breweries sprouting up and I wish Jeff the best of luck.

5) San Diego is getting on the Sake brewery trail as well. The San Diego Union-Tribune has an interesting article on two new Sake breweries in the San Diego area, including Kuracali Sake & Beer Brewery in San Marcos (which opened last year) and Setting Sun Sake Brewing Co. in Miramar (which is set to open in April). Much of the article is about Kuracali and its owner/brewer Chuck Perkins. He has started off small, with expansion plans in the works and notes that reviews of his Sake have been very positive. He believes craft beer aficionados will embrace locally brewed Sake and those thoughts are echoed by the owners of Setting Sun, Josh Hembree and Keldon Premuda. That is likely true, but I also feel that many wine lovers will embrace Sake too. Good luck to both breweries!