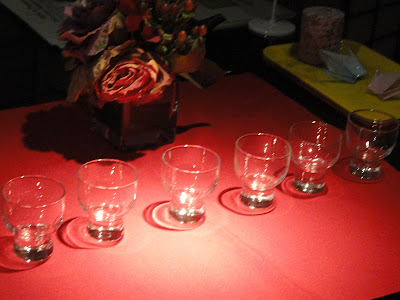 The rise of self-publishing and e-books has allowed a surge of new authors to publish their own work, opening up many doors for the creative. There are many positive aspects to this surge, as well as some negatives too. However, I feel that the positives far outweigh the negative and I relish discovering all sorts of new books and stories.

I have begun my own efforts at self-publishing, working toward creating a series of Sake-related stories, a contemporary, supernatural thriller series, set in Boston, that delves into the ancient legends and folklore of Japan.

My first story in the Tipsy Sensei series is Yurine's Pot. What would you do to save your dying child? Yurine's Pot introduces Nate, a Sake expert, who, in order to save his seriously ill son, must confront a Charlestown mob boss. The story touches on an ancient Japanese legend that centers around Sake. It has already received ten 5 & 4 Star reviews on Amazon so please check it out.

My second story in the series is The Ghost Of A Ninja. Several men who stole some Japanese antiques, which might possess magical powers, have been slain under mysterious circumstances. Is the ghost of a ninja responsible for these deaths? Nate, a Sake expert, is asked to help a friend who is worried that he is going to be murdered next for his involvement in the theft. Can Nate solve this mystery and save the life of his friend? How far is Nate willing to go to save his friend's life? Or will they all succumb to the deadly intentions of an ancient Japanese legend? This story has received six 5 & 4 Star reviews on Amazon.

The third story in the Tipsy Sensei series is The Fox & The Katana. Nate has been approached by an alleged kitsune, a fox spirit, who wants Nate to murder her mate. She alleges that her mate is a remorseless and sadistic killer who has slain innocents across the U.S. He is now in Boston and she wants Nate to stop him. Can Nate kill this kitsune? Should be do so? Is there another way to neutralize the murderous kitsune which does not entail killing him? Or is Nate being set up, a pawn in some intricate scheme? Who can he trust? This story has received four 5 Star reviews on Amazon.

All three stories have been collected into a single volume, with several other short stories, as The Tipsy Senssei & Others.

The events in this third story laid the groundwork for the next installment in the Tipsy Sensei urban fantasy series, a novel called Demons, Gods & Sake, which was released in November 2012. The novel is available as an ebook but also as a trade paperback. It has received ten 5 Star reviews on Amazon.

In Demons, Gods & Sake, Nate's fear of an oni, Japanese demon, being in Boston has occurred. A formidable oni is in Boston, seeking an ancient weapon of power and willing to kill anyone in its way. This weapon might be a legendary sword, the Doji-Giri Yasutsuna, once used to kill the great Oni Shuten-doji. Nate faces other dangers too, as a ruthless Yakuza clan is also seeking the weapon. Nate soon finds himself being pursued by these enemies as he might possess the key to locating this magical artifact. Nate receives assistance from a mysterious ally, but can he be trusted? And what secrets is that ally concealing?

In his previous adventures, the stakes were on a relatively minor scale. This time, the fate of the world might depend on Nate's actions. Can Nate prevent his enemies from acquiring this powerful weapon? What will he have to sacrifice to prevent his enemies from winning? The action spans the globe, from Boston to Japan, introducing new characters and bringing back others connected to previous stories in the Tipsy Sensei series. The stakes have never been higher, the action has never been more exciting, and the twists have never been more intriguing.

The next novel in the series, Hand Fed Tigers, takes place directly after the event's of the prior novel. Nate Randall and Hato return to Boston, hoping for a respite from danger. Nate also hopes to reconnect with his wife, though aware that she is going to be furious after having been kidnapped once again. In addition, the police still seek Nate so he needs to resolve that situation as well. As he tries to handle those issues, a series of zombie murders terrifies the city, which may or may not have a supernatural origin.

What is the connection of the victims, which includes several people connected to the legal profession? As Nate ponders the zombie matters, he is unaware that a mysterious organization is seeking him and have retained the services of a ninja to kidnap him. Why do they want Nate? And how far are they willing to go to get him? And how are cats involved in all of this? The Tipsy Sensei series continues with a more personal challenge for Nate. Accompanied by Hato, a master swordsman, Nate must confront deadly adversaries who will stop at nothing to acquire their objective. What price will Nate pay to defeat them?.

And there will be more as well to come.

Top effort. Love all things Jap related. Studied the language and took a 2 week holiday in Japland many long moons ago when I practiced Aikido. Would give me left testicle to be able to go back for a visit. But you know, family and kids. I often try to achieve intoku-kaho but rarely do.