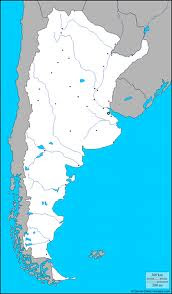 The carnivore in me is looking forward to the fine beef of Argentina, to dining on an abundance of grilled meats. I also suspect I will enjoy plenty of fresh seafood, from the Pacific coast, while visiting Chile.

(And if you have not realized it yet, yesterday's post about the Vegan wager was an April Fool's joke. Bring on the meat!)

Today, I'll board a plane for a long flight to the Southern Hemisphere, to the countries of Argentina and Chile. I'll be journeying to this region as part of a journalist wine trip, with nine other writers from across the country.  We will first stay in Argentina, and then later travel to Chile.  This will be my first time to this region, and I look forward to my explorations.

Mendoza is "a place of almost supernatural beauty."--Maricel Presilla

In Argentina, we will be staying in the city of Mendoza and our intinerary includes winery visits to Zuccardi, Bodega Vistalba, Renacer, Catena, Nieto, Alma Negra, and Alta Vista. The first Spanish colony in Argentina was established in 1536 at Buenos Aires by Pedro de Mendoza, but was soon abandoned due to the ferocity of the Querandi Indians. Then in 1553, the first city, Santiago del Estero, was established by Francisco de Aguirre. The people though desired a priest and one was sent to them, Juan Cidron, who is often considered the father of the Argentina wine industry. It is said that Juan came to the city with a cross in one hand and vine shoots in the other. Interestingly, the city of Mendoza is not named for Pedro who established the first colony. Rather, it was named for the governor of Chile, Don Garcia Hurtado de Mendoza.

"In Chile, you lift up a rock, and instead of a lizard out crawls a poet or balladeer."--Isabel Allende

In Chile, we will be staying in the city of Santiago, and our itinerary includes winery visits to Terra Noble, Cousino-Macul, Leyda, Vina Ventisquero, and Valdivieso. Vines came to Chile even earlier than in Argentina. A priest, Francisco de Carabantes, is said to have brought the first vines in 1548. The city of Santiago was founded in 1541 by Pedro de Valdivia, and the early settlers of Chile had to deal with the fierce Mapuche people.  Even the mighty Incan Empire had been unable to conquer the Mapuche.

As can be seen, priests led the efforts in these countries to plant vineyards, and the wine was used primarily for sacramental purposes.  This echoes many other wine regions around the world, where priests and other religious members were some of the first to maintain vines and produce wines.

I am sure we will taste a wide gamut of wines, including whites, reds, roses, sparkling wines, and dessert wines. Malbec, Torrontes, and Carmenere will be common, as well as numerous international varieties. As I have discussed before, there is evidence that wineries in Argentina may be paying much more attention to matters of terroir, producing wines of place.  That is an exciting thought.  Both Argentina and Chile seemed to recently explode onto the world wine scene, despite having a history of wine extending over 400 years. In a number of respects, their wine industries are relatively new, yet show much potential.

There is at least some free time allotted to us so I will be able to explore some of the area on my own. For one, I want to seek out some of the indigenous drinks of this region, such as chicha, caña, mate and pisco. In Argentina, there is a vodka made from Malbec which I would love to try. Argentina is also making some artisan grappas.  And there should be plenty of exciting cuisine.

It will be a splendid adventure, exploring two countries I have never visited before. I will be away for about two weeks so my blog posts might be limited during this time. But I hope to return with many new stories to relate.
Posted by Richard Auffrey at 4:00 AM

Well played April fools! I was feeling for you, and coming up with some ways to get you the umami, flesh free...you win over the other tongue in cheek attempts I read yesterday!

So jealous of your trip, we have not been in a couple of years...my wife's dad has been living and working in Chile, in the Elqui valley, since the mid '70s, and I have been overwhelmed with appreciation for the place each time we have visited. Eat your heart out! Oh, and the Valdevieso folks make some wonderful bubblies, that we just do not seem to get here...I think a lot of it goes to the UK.

totally had no idea it was an April fools... good job :)

Pisco is yummy, please indulge in some along with the delicious wines :)

We Are Not Martha said...