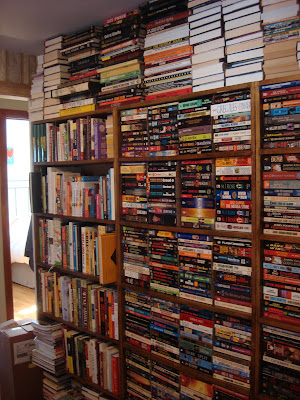 I am back with another volume in my new series, Authors, Alcohol & Accolades. Volume 1 and Volume 2 each showcased four of my favorite authors, and I have returned to highlight four more, and to delve into their drinks of choice.  I have found this to provide a fascinating glimpse into the life of the writers I enjoy, and hope you like the interviews as well. You can look forward to further volumes in this series too, including possibly a nonalcoholic version.

Rhiannon Frater (Twitter: @RhiannonFrater)
Looking for an engaging zombie tale? Then you definitely need to check out Rhiannon's As The World Dies trilogy. The first two books are out, The First Days and Fighting To Survive, and the third book, Siege, is due out in April. These are more realistic zombie novels, with two strong female lead characters, Jenni and Katie, and detail efforts to start a new community, a haven from the zombie peril. Plenty of twists and turns, lots of action and suspense, and characters you will care about. These are some of the top zombie books I have read in the last couple years, and I eagerly await Siege. Rhiannon has written other works too, including The Tale of The Vampire Bride and its sequel The Vengeance of the Vampire Bride, gothic vampire tales. I have the first book but haven't read it yet.

"I used to love wine, Merlot and a good Shiraz being my favorites, until I started getting horrible migraines after just one glass. I sadly gave up wine and I sometimes miss having a nice red at my side when I write. My all-time favorite drink is a good frozen lime margarita with salt. I just love its sour/sweet flavor and the nice kick tequila administers. Since I live in Texas, the hot weather in the summer is perfect for margaritas. It’s not a very good drink to have while writing due to the tequila, but it’s a nice drink to have after pushing through a particularly difficult passage."

Tim Waggoner (Twitter: @TimWaggoner)
Tim is fairly prolific with over 20 novels and plenty of short stories and nonfiction articles. So far, I have only read the three books in his Matt Richter series: Nekropolis, Dark War, and Dead Streets. The series is about a zombie private investigator in a dark and well developed parallel universe. Call this zombie noir, and it is a fun ride, with plenty of humor and thrills on a very twisted world. I think Tim has created a unique and imaginative setting and the novels are addictive. I plan to read more of Tim's work and highly recommend this series.

"When it comes to hard liquor, I’m a vodka man. In my early twenties, I started drinking screwdrivers – probably because that was one of the few drinks I’d heard of – but I found the orange juice to be too thick and acidy, and it seemed to overpower the taste of the vodka. I switched to vodka sours, and while I enjoyed those more, they suffered from the same drawbacks as screwdrivers for me, although to a lesser extent. Plus, my throat would get really dry and scratchy as the night wore on. A friend introduced me to vodka shooters, and those gave me a truer taste of the vodka itself, so I decided to start drinking straight vodka, and that did it for me. I find pure vodka smooth and bracing at the same time, and while I’ll drink it warm or cold, I prefer it chilled just a bit. The coolness gives it an extra little bite I enjoy. The most powerful drink I ever had was when an Irish lass introduced me to Irish car bombs one St. Paddy’s day. Now that is a drink whose name is complete truth in advertising! I’m not much of a wine man – perhaps because of an unfortunate incident in my youth with a couple bottles of Boone’s Farm apple wine – although I occasionally enjoy some with meals. When I do have wine, I prefer a full-bodied merlot, and I don’t give a damn about any red wine with meat and white with fish foolishness. I drink what I damn well please! I also sometimes buy wine with weird names like Obnoxious Bastard or Bald Ostrich just for fun. For beer I prefer Sam Adams, although when I’m at a pub that brews their own, I usually ask the server for recommendations. Often I’ll try whatever versions of black and tan or pale ale they offer. I like a beer with some weight to its taste, but not so strong that I have to chew it!"

Daniel Polansky (Twitter: @DanielPolansky)
Daniel's debut novel is Low Town, a noirish fantasy novel, which was an impressive and gritty tale. The main character is a crime lord who gets drawn into solving the mystery of a murdered child. It is an exciting urban fantasy with an edge, a riveting tale with plenty of fascinating plot twists. This type of urban fantasy, with a more amoral protagonist, appeals to me and this is one of the better written ones out there. I am excited to revisit this setting again in the future when a sequel is published. Another strong recommendation.

"For my rapidly depreciating dollar, there is nothing to match Belgian beer. Don't tell the Germans this, or the Czechs, but as much as I like a good Franzizkaner or Pilsner Urquell, I'd dump them both in a toilet for a Chimay or a Kasteel Tripel. A friend and I once spent a few days touring WWI battlefields and getting hammered, and though I remember very little in terms of specifics, my general impression is that we had a really good time."

Mazarkis Williams (Twitter: @Mazarkis_W)
Mazarkis is another debut fantasy writer with the newly released novel, The Emperor's Knife. With a Middle Eastern flair to the setting, the book is a Gordian knot of political intrigue and a dark magical threat. The characters are fascinating, the setting is interesting, and the plot winds and twists along to a very satisfying conclusion. Most everything is resolved, rather than many other fantasy novels which leave multiple cliffhangers to be resolved in the rest of the trilogy. Though it is not a difficult read, the careful reader may garner more than the casual one due to the intricacies of the plot. Another top recommendation.

"When I was at university I had the privilege of living in France for a month, and on top of that, I was hosted by a chef. He kept a wine cellar, and every night he'd bring up some bottles, take some time to describe what I was about to experience, then begin pouring. On formal occasions, I received a different glass of wine for every course, and was told it was rude not to finish each one. Of course I was young and too busy enjoying the moment (and too drunk) to write anything down. To some extent, my relationship with wine ever since has been a long attempt to recapture those taste sensations."

"I have had more luck with beer. I experiment with artisanal beer, but that is an expensive hobby and can often be disappointing. In Massachusetts, when I need to be sure that I am going to enjoy the brew, I fall back on our local Ipswich Ale Brewery. Their best is in their "growlers," big glass jugs full of heady, slightly sweet, toasty ale--but in most cases, only their single-serving bottles are available, in a traditional six-pack. They produce Ipswich Ale, Ipswich IPA, Ipswich Oatmeal Stout, and Ipswich Dark Ale, together with a number of seasonal ales. The Ipswich Ale Brewery also puts out a number of specialty products, including the Five Mile Stock Ale, made mostly of local ingredients. When you consider that they sell natural soda pop and delicious mustard alongside their brews, what can go wrong?"
Posted by Richard Auffrey at 4:00 AM