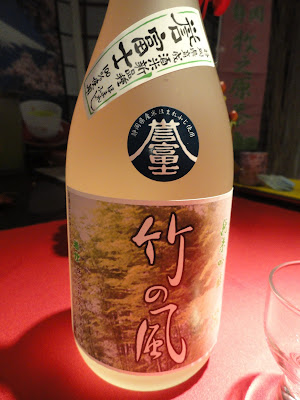 Despite its 2000+ year history and importance in Japan, Sake was never declared to be its "national alcoholic beverage." Until now.

According to the Daily Yomiuri Online, the Japanese government will soon declare Sake and Shochu to be "national alcoholic beverages." The idea behind this decision is to help local economies, increase the demand for rice, and boost export sales. Motohisa Furukawa, the state minister for national policy, stated. "Sake and shochu are part of the Japanese culture of taking pride in high-quality rice and water. I'm confident [they] could develop into an export industry capable of penetrating the global market."

As I recently discussed, Sake exports in 2010 and 2011 reached record highs and it appears that the Japanese government is trying to continue this very positive trend. The government will engage in a diverse number of actions to boost overseas sales and that can only benefit Sake lovers all over the world. Offhand, I don't know the current statistics for Shochu exports, but I believe they are less than Sake and it still is much less popular in the U.S. than Sake. But we could be seeing more Shochu consumption too if the Japanese plans work.

Though even with increased imports of Sake and Shochu to the U.S., it will still be necessary to have passionate advocates in the U.S. to help spread the word about the pleasures, benefits and diversity of these beverages. U.S. consumers need to be told about Sake and Shochu, educated and intrigued, so that they understand these drinks, and are not afraid to taste and buy them. Wine store and restaurant owners also need to be informed and educated about these products, as well as be willing to carry and recommend them in their establishments. Consumers are also needed to be willing to take a chance on Sake and Shochu, to get past any negative preconceptions they might have.

The Japanese declaration and plans to boost exports is but one step in a greater chain, a significant and positive step, but it still requires action by those in the U.S. This is similar to the situation of some wine regions, which are making an effort to promote their wines more, but which still require work from those in the U.S. to promote and educate about such wines.

Kudos to Japan for their plans to better promote Sake and Shochu. It is now our turn to assist in this process.
Posted by Richard Auffrey at 4:00 AM