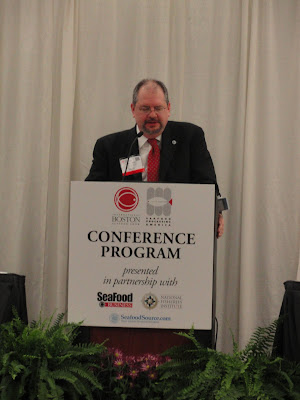 A representative from the National Oceanic and Atmospheric Administration (NOAA), whose duty is to ensure a safe and secure seafood supply, speaks every year at the 2012 International Boston Seafood Show (IBSS), providing a State of the Fisheries address. This year, that address was led by Sam Rauch, the Acting Director of NOAA, who started at that position in January. He began his talk with what he claimed to be a monumental milestone, that the U.S. has become the first country to commit fully to scientific assessments for all of their wild catch fisheries.

Rauch then moved to with what he felt was a vital important point for everyone to know, whether consumer, restaurant owner, supermarket owner, fishermen, etc. He claimed that when a fish is legally caught by a U.S. mandated fishery, then it is sustainable, considering the fact that the U.S. fishing industry is the most highly regulated in the world. This presupposes that their scientific assessments are fully accurate. Sustainability thus becomes a black and white issue, easily determined by adherence to the government mandate. But can it really be that simple? 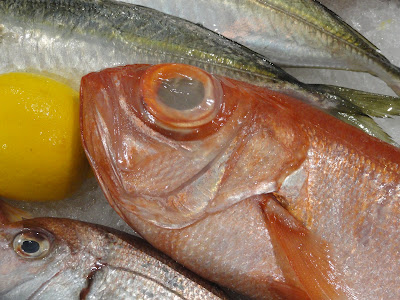 In actuality, the truth is something different and the answer is far from black and white. A number of organizations, groups and individuals disagree with some of the pronouncements of NOAA. They may question their methods of scientific assessment, alleging that NOAA is relying on "out-dated science." For example, NOAA conducts trawl surveys to help ascertain the biomass of different fish species. But within the last ten years, these surveys have come under fire, most notably in the Trawlgate episode where NOAA admitted that some of their assessments had been incorrect due to problems with the equipment they were using.

Important questions have also been raised as to why NOAA objected to the adoption of a new type of sonar, the Ocean Acoustic Waveguide Remote Sensing (OAWRS), which was developed by scientists from MIT and Northeastern University. The OAWRS system allegedly can map out a 120 kilometer radius, in four directions and in only 70 seconds while trawling surveys usually take about two weeks. That could be a  massive time and money save. NOAA even conducted a peer review, concluding that OAWRS worked very well and would likely become the next big thing in biomass assessment. But when it came time to adopt this new system, NOAA stalled for unknown reasons. Why fail to adopt cutting edge science? 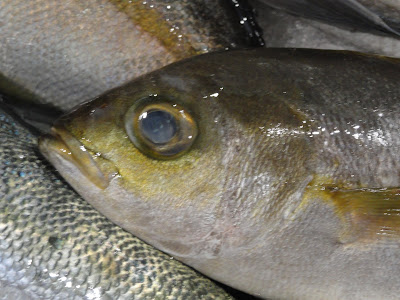 Rauch later went on to discuss the U.S. fishing industry, noting that it was a $45 billion dollar business in 2010. Aquaculture is much smaller, generating only $1 billion annually. Fishing industry jobs increased by 16% from 2009 to 2010, though Rausch did not explain any specifics about the type of jobs that increased. He also felt that there is significant room for growth, and that if fish stocks were fully recovered, we could generate an additional $31 billion in revenue. Rauch then noted that fishermen have had to make numerous sacrifices due to quotas and other strict regulations.

Yet Rauch never stated what has or could be done to help ease the struggles of these fishermen, especially the smaller ones, whose entire livelihood may be based on a single boat. In the New England region, local fishermen often have had significant complaints about the actions of NOAA, feeling that they are too heavy handed as well as out of touch with the realities of fish stocks. Some have vented their anger in blogs and websites, while others have sought congressional assistance.

It is sad that some fishermen have had to sell off their boats just to survive as they could not work within the restrictive system. In some cases, this has put an end to generations of fishermen. Though concerns for the sustainability of fish are clearly warranted, we also need to consider the needs and sustainability of our local fishermen and industry. If we save the fish, but lose all the fishermen, then that is not really a sustainable situation. Yet despite all of the discussions on sustainability at the seafood show, there was very little about preserving the livelihood of fishermen. 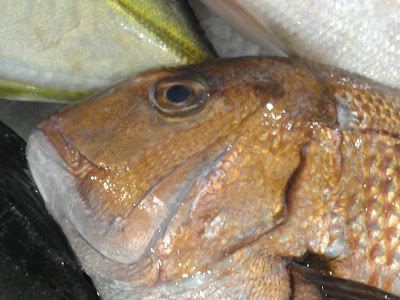 NOAA has launched a retooled version of their Fish Watch site, which is supposed to be more accessible and easier to understand. I have taken a brief scan of the site and it seems fairly information and well composed, though I do want to dig deeper into the site before making any real judgments on the revisions. But it does seem to be a positive change, creating more transparency on the methods and information used by NOAA in making their determinations.

Though there was a brief Question & Answer period after the address, a couple people somewhat monopolized the time, more making their own statements than asking questions. I will try to follow up with them about my own concerns.

If you were at the NOAA address, what were your thoughts?
Posted by Richard Auffrey at 1:38 PM