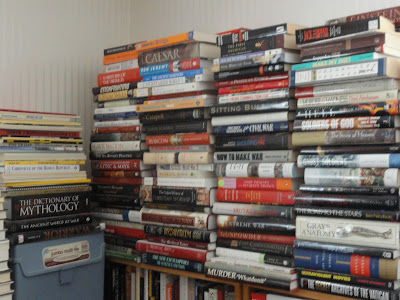 "What is better than to sit at the end of the day and drink wine with friends, or substitutes for friends?"
--James Joyce

I am back with another volume in my new series, Authors, Alcohol & Accolades. Volume 1, Volume 2, Volume 3 and Volume 4 each showcased four of my favorite authors, and I have returned to highlight four more, and to delve into their drinks of choice. I have found this to provide a fascinating glimpse into the life of the writers I enjoy, and hope you like the interviews as well. You can look forward to further volumes in this series too, and any authors who are interested in participating in future volumes can contact me.

Myke Cole (Twitter: @MykeCole)
Myke's debut novel, Shadow Ops: Control Point, was published in January amidst a flurry of excellent reviews. And all of those accolades are completely justified as Myke has written an impressive first novel. Like a more militarized version of The X-Men, Myke has constructed a fascinating world where numerous people have manifested super powers, some which are considered illegal because they are seen as too dangerous. There are a number of well written combat scenes throughout the book, and an interesting collection of characters, including the alluring but lethal Scylla (aptly named). Myke has a military and law enforcement background, so his experience exudes throughout the book. You will also find some fascinating thoughts on the morality and ethics concerning such a fantasy world. It is a compelling read, and I am eagerly awaiting its sequel and further development of this intriguing world. It gets my strong recommendation.

"I have two drinks, based on cold or hot weather:

"My hot weather drink is hard cider (my favorite is Hornsby's crisp apple). I love travelling to England where hard cider is taken seriously. In this country, you're lucky if a bar carries a single brand of cider (and you've really own the lottery if it's something other than Woodchuck). Worse, it's considered "girly" to drink sweet alcohol in this country, doubly so when you're in the military. I've lost count of the number of times I've ordered hard cider with my sailors and had one of my chiefs ask me, "why don't you just have a flirtini, sir?

"I redeem myself in cold weather, when I go for Laphroig 10 year (because it's cheaper. Believe me, I'd go with cask strength or older stuff if I could afford it, but hey, I'm a full time writer. Translation: I'm broke). I love the intense flavors of Islay scotches in general, but I think Laphroig is really unique. All Islays have that smoky, peaty flavor, but Laphroig is exposed to the lashing waves of the coast while it's maturing. The result is a slight briny/salty flavor to the liquor that I absolutely love. Nothing better on a cold night, in front of the fireplace, with an Irish wolfhound at your side. And by that I mean, my brother's fireplace and my brother's Irish wolfhound. I'm a full time writer. I live in a 200 sq. ft. crappy apartment in a really bad neighborhood with no fireplace and they don't allow dogs."

Robert Jackson Bennett (Twitter: @robertjbennett)
With Robert's books, I started with his latest work first, The Troupe, and enjoyed it so much that I sought out his two older works to read as well, Mr. Shivers and The Company Man. The Troupe takes place in the early 20th century, centered on a group of vaudeville performers, and begins slow, developing its atmosphere and allowing you to gain some understanding of the characters. The next thing you know, you'll find yourself riveted to the mythic aspects of the novel and you will rush to finish it, to see how it all resolves. In some respects, it reminds me of works by Stephen King and Neil Gaiman. Mr. Shivers takes place during the Depression and is more a horror novel than a fantasy, yet it too has mythic elements. If a legend killed your child, what would you do? Like The Troupe, it slowly builds until finally accelerating to a powerful finish and satisfying finish. The Company Man takes place in 1919, though in an alternate reality, and is more science-fiction noir, and Robert has developed a fascinating world sure to intrigue readers. Check out all three of Robert's novels and be prepared to very satisfied with what you find.

"I’m pretty much open to nearly any kind of hooch, but I do find that when I’m settling down to a drink or two at night with some good television, I stray toward cocktails that have the vague appearance of being fancy, but really aren’t. By which I mean they only have 3-5 simple ingredients, require only the most basic of preparations (swirled in a glass with ice, preferably), and they usually tend to be pretty old-school. My favorite is the Sazerac, prepared either with cognac, rye, or – dare I say it – even bourbon, if I have nothing else available. (I used to be a cognac acolyte, but like most of my culinary affectations, it didn’t last very long. Snobbery is all about saying "no," and life is too short for that.) In the summer I’m frequently partial to an Old Fashioned, usually made with Bulleit and plenty of orange. And of course nothing ever beats the crisp kiss of a martini. Shaken, stirred, olive or pearl onion, whatever – in the heat of the Texas summer, I’ve never thought to care. ...though I do insist it be made with gin."

Saladin Ahmed (Twitter: SaladinAhmed)
It is always interesting to find fantasy novels based on non-European cultures, and Saladin's Throne of the Crescent Moon presents a well-developed and intriguing world with a more Arabic flair, borrowing elements of its culture and folklore. I was enthralled with the world that Saladin created, an abundance of fascinating details which immerses you deeply into the book. The plot centers on Doctor Adoulla Makhslood, a 60+ year old ghul hunter, and his young assistant Raseed, a devout warrior, who must prevent a great evil from befalling their home city. Adoulla is not your typical fantasy protagonist, and the skillfully written novel offers a freshness to the genre. We can thankfully look forward to additional novels with Adoulla. This debut novel is highly recommended.

"My novel takes place in a quasi-Islamic invented world where alcohol is on the fringes of society. So it's a bit funny to be answering this. Really I should be talking about tea or coffee or raw juices. What's more, I myself am not much of a drinker. I dislike spirits, and I lost my taste for wine years ago. I do love good beer, though. A good pint of ale is one of life's joys.

"But more than that, I pretty much agree with Samuel Johnson when he said "There is nothing which has yet been contrived by man, by which so much happiness is produced as by a good tavern or inn." I love a good pub more than I can say. A place where one can be convivial if one wishes, or can be left alone over a well-poured pint and a plate of fish & chips... Paradise!"

And now for a nonalcoholic supplement, as not all writers enjoy or drink alcohol...

Shawn Kupfer (Twitter: @Tweet_Book)
Shawn's novel, 47 Echo, is fast-paced and exciting military science-fiction concerning a future war against China and North Korea. Convicts are brought together into a suicide squad, sent to defend war torn Russia from the invaders. Despite the overwhelming odds, the squad coalesces into a successful force, led by convict Nick Morrow, and is able to overcome great obstacles, though not without a cost. The action never slows down and your only disappointment will come when you realize you have finished the book and there is nothing left to read. Fortunately a sequel, Supercritical, is due out June 11, and it takes place about a year after the events of 47 Echo and sees Nick and his squad being sent into the heart of China, obviously a perilous situation and upping the risk factors that Nick previously faced. Grab 47 Echo now before the sequel comes out and savor the action.

"I used to love alcohol... a little too much, as it turned out. So these days it's coffee, about which I've managed to get obsessive and a bit snobbish. Don't get me wrong, I'll drink almost anything -- but when I have the time, there's nothing better than Green Mountain Dark Magic Espresso Blend, freshly ground, served just below nuclear-hot with a teaspoon of raw sugar. Keurig coffees work in a pinch, but there's something awesome about a perfectly brewed cup of fresh-ground coffee that makes a day worth getting up for."
Posted by Richard Auffrey at 4:00 AM

I would be concerned with your safety with piles of books like that but I live down the street from people who's house was stuffed full of them and were featured on Hoarders. Happy reading!

Hell, in my opinion, a Malbec goes with EVERYTHING, but then I am a Malbec Missionary, ever since family moved to South America.