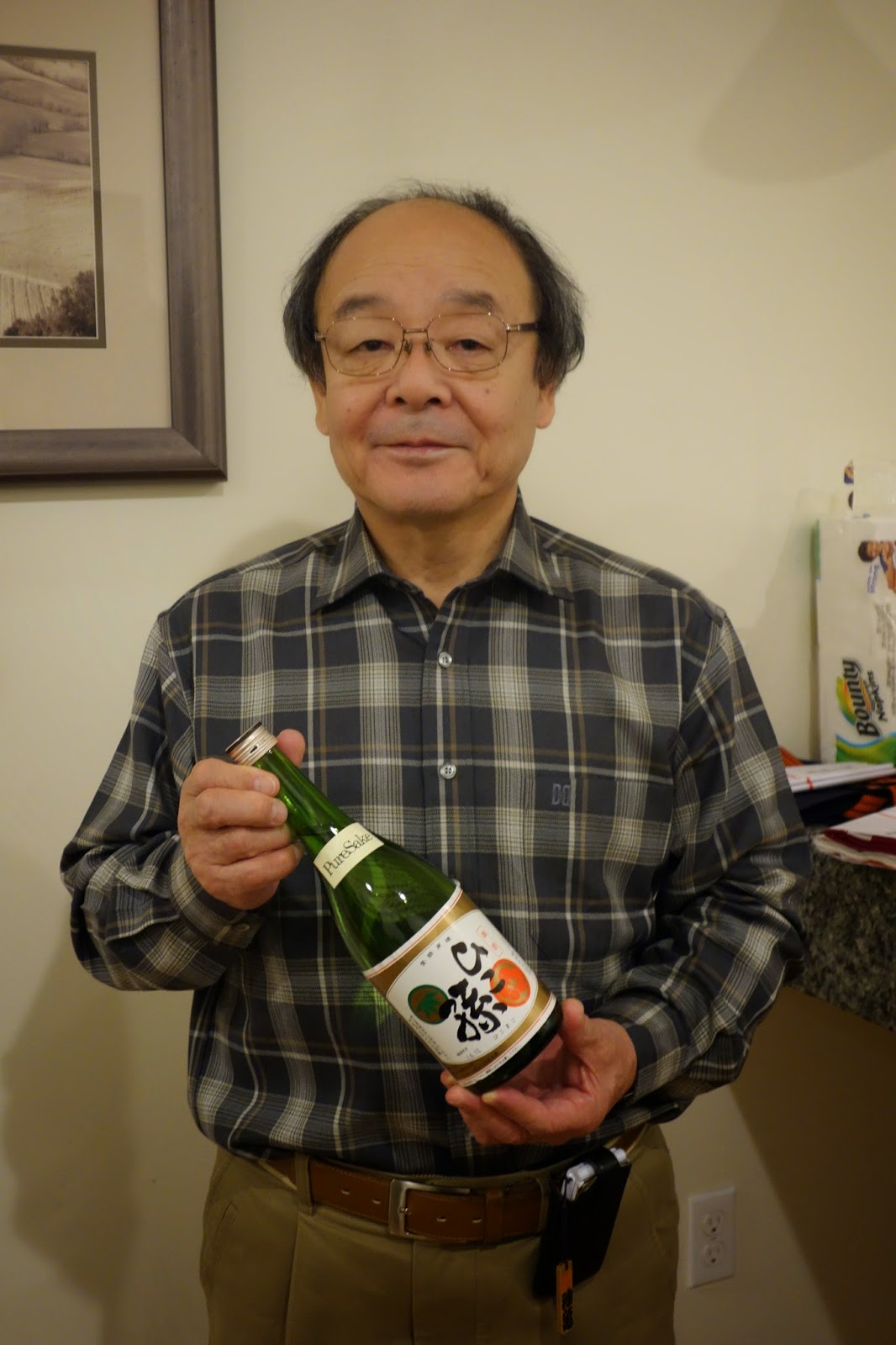 What a fascinating interview with Yoshimasa Ogawahara (pictured above), the 7th generation owner of Shinkame Shuzo, a Sake brewery located in the Saitama Prefecture of Japan. Mr. Ogawahara made a three-night trip to the U.S. and his only stop was in Boston. It is certainly an honor that he felt Boston was a great spot for him to spread his passion for Japanese culture and Sake. I was fortunate to meet Mr. Ogawahara, taste some of his Sake, and speak about a variety of issues. I should also note that as my Japanese is meager, we spoke through an interpreter, Ms. Keiko Imazato.

Ogawahara is acting as an unofficial ambassador for Japanese culture, expending his efforts to educate and promote Sake, especially Junmai, warm Sake, matured Sake, and food & Sake pairing. His endeavors are not limited to countries outside of Japan. He feels that he has "accomplished his goal" with his own kura, Sake brewery, and now wants to help other kura, through education and fund raising, to produce more Junmai and matured Sake. He wants a greater diversity of kura, so that they can produce a wider diversity of Sake. All very worthy objectives, and he is certainly a passionate advocate.

The Shinkame Shuzo, founded in 1848, is located in a residential district in Hasuda, Saitama Prefecture, about an hour by train from Tokyo. Saitama Prefecture has 35 sake breweries, some excellent, natural water sources, and Sake from this prefecture is commonly light and fresh. Shinkame Sake though does not conform to this norm. The kura is small, producing only about 200 kiloliters annually, and they export less than 1%, mainly to Sydney and Vancouver. Though they have retained a California importer, they still haven't started selling their Sake in the U.S. They are seeking an importer/distributor for the East Coast too. Hopefully they will find someone so that we will be able to find their Sake in Massachusetts.

I first learned of the Shinkame Brewery in Saké's Hidden Stories: The Personalities, Philosophies, and Tricks-of-the-Trade Behind the Brew by John Gauntner. In a brief mention, Ishikawa-san, the Toji of the Taketsuru Brewery, stated how he loved the unique Sake from Shinkame, one which "begs to be gently warmed." It is also mentioned that "Shinkame" translates as "Holy Turtle," which I think is such a cool name for a brewery. There once was a shrine located behind the kura, and it was dedicated to Tenjin, a god of wisdom and scholarship. There was a turtle who lived there, thought to be a messenger of the gods, and the kura decided to name itself after that turtle.

Almost 100 years after Shinkame's founding, they and every other Sake brewery faced a great threat, one which destroyed many of them. Though everyone knows that World War II brought significant changes to Japan, you may be unaware of how it also negatively affected the entire Sake industry. In many ways, the war wrought devastating changes on the Sake industry and if it wasn't for the passion, advocacy and great efforts of breweries like Shinkame, the industry might never have recovered.

During World War II, there were significant rice shortages so alcohol and water was added to Sake to increase the volume of production. This added-alcohol sake is commonly referred to aru-ten, which is short for arukoru tenka ("added alcohol"). The added alcohol also helped to prevent the Sake from freezing, which was necessary for all of the Sake sent to the troops in Manchuria, a cold region in China. Some Sake was diluted so much with water that it became derisively known as Kingyo-zake, "goldfish Sake," said to be safe enough for a goldfish to live in it.

In addition, the government began forcing numerous companies, including breweries, to consolidate into larger entities, cutting the number of kura by almost 50%. Some of those closed breweries were transformed into factories for the war effort. Ogawahara's grandfather died during the war, and his grandmother ran the brewery, successfully fighting efforts to merge with other breweries. She sounds like quite the woman, strong and intelligent, and I'm sure her tale would make for a fascinating story all on its own.

Even when the war ended, it became the official government policy that Sake still had to have added alcohol. It soon became legal for breweries to produce Sanzo-shu, which was Sake that had tripled in volume from the addition of alcohol. Breweries, often located in rural areas, had difficulty getting workers as many young people were gravitating to the cities to work in the new factories and offices. That forced many of the larger breweries to begin mechanizing their production process, eliminating the need for as much labor. The techniques of producing Junmai were used much less and less, especially as it was so much easier to make alcohol-added Sake. Artisan Sake was becoming rarer, replaced by large-scale and mechanized commercial production. 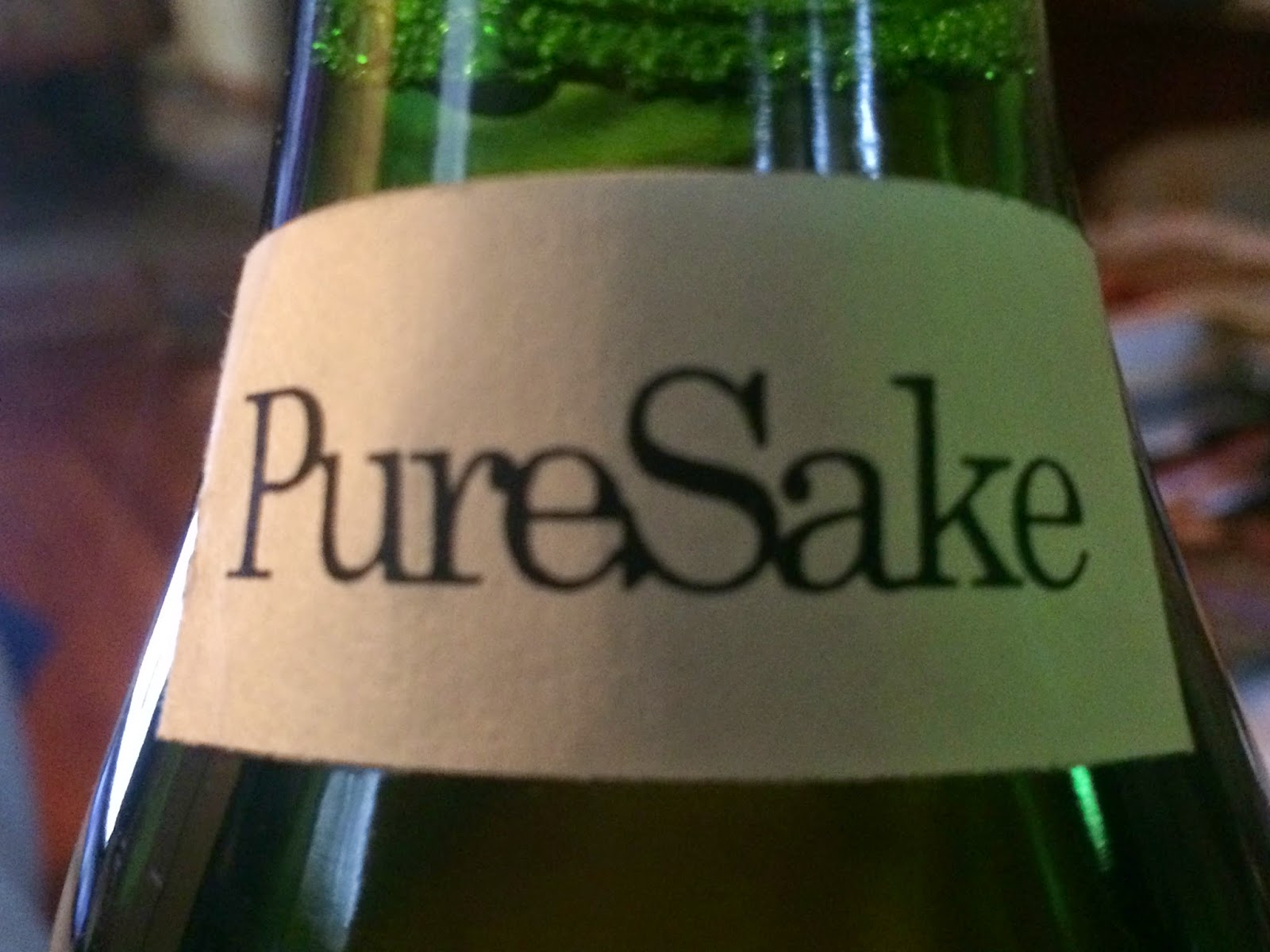 As an agricultural student at university, Ogawahara was inspired to pursue a career in producing Junmai, "pure rice" Sake without any added alcohol. One of his professors lamented how his daughter no longer drank Sake, claiming that it didn't taste good, and preferred to drink wine. Ogawahara later went home and told his grandmother that they needed to make Junmai Sake or they would regret it. He wanted to revive Junmai, to stop making alcohol-added Sake, and produce a better tasting Sake which could compete with the alternatives, like wine. He wanted to return to a more traditional way, to the pre-war ways.

With the support of his grandmother, Ogawahara applied to the government to produce only Junmai but they initially rejected his request. He continued pursuing the matter though and in 1967, the government finally permitted him to make a small amount of Junmai, 3000 liters. However, at first, Ogawahara had difficulty selling his Junmai as it was too dry, but that didn't stop hiim. It wouldn't be until his third year of production that his Junmai started to sell. In addition, each year, the government was slowly increasing the amount of Junmai he was legally permitted to produce, though not without some harassment.

It took 20 years, in 1987, for Shinkame to become the first brewery permitted to produce only Junmai Sake. To Ogawahara, Honjozo is not really Sake. Currently, about 85% of all Sake is still alcohol-added, though Junmai is getting more popular, especially as Ogawahara is trying to convert other breweries to making more Junmai. Ogawahara states that the brewing process for Junmai is very different from that of making Honjozo, so it is difficult for some brewers to change.

Ogawahara states that the quality of Sake primarily depends on three elements, good rice, the amount of polishing and the method of koji production. The quality of rice varies year from year, sometimes being hard, and tougher to dissolve in water, or sometimes being softer, and easier to dissolve. To make a consistent product, the brewery will produce several lots and then blend them together to make their desired Sake. The brewery only makes Sake from October to March, and rarely takes a holiday during that period.

Besides making only Junmai, Ogawahara also is an advocate of maturing his Sake longer than most other brewers. It was his grandmother who used to tell him that a kura should not sell new Sake, and should wait to sell it until at least the fall, and probably longer. When genshu Sake is first diluted with water, it can take at least three months for it to mix together properly. It was said that some breweries would blend some older Sake in with new Sake to increase the volume, and create a better tasting "new" Sake. Shinkame would never do such a thing.

Many Sakes are aged for 6-12 months before release but those of Shinkame are aged for at least two years to four years, and a few even longer. The aging is now done in steel tanks, at temperatures ranging from 5-25 degrees Celsius. This lengthier maturation period is supposed to make a richer, smoother and more full-bodied Sake, and also one which handles well when warmed.  His Sake should last for at least one to two years after it has been released.

Initially, they had trouble finding an exporting agent for their Sake as the agents they spoke to didn't want to export their matured Sake, wrongly thinking that the Sake wouldn't last long once it was exported. The Shinkame Sake will last as long as any other Sake, and maybe even longer than some. Ogawahara stated that more people need to learn to appreciate matured Sake, to get out of the preconception that only fresh Sake is good.

Part 2 of my Interview
Posted by Richard Auffrey at 2:30 AM