Rant: No Predictions, Only Desires 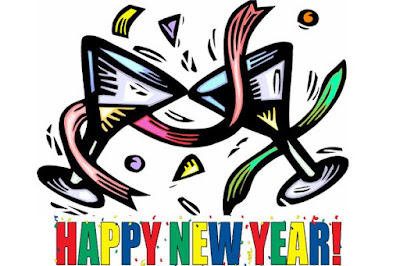 Predictions for the New Year are basically useless. At the end of the year, the vast majority of predictions will have failed to come to fruition and even those that do are probably due more to luck than any actual ability to predict the future. You would have just as much success by reading tea leaves or the entrails of goats. I know that if I devised my own predictions, they too would probably fail.

We can all hope that 2016 will usher in positive changes to the local food & drink industry. Instead of offering any predictions, I'm going to provide a list of my desires, those trends, issues and items which I would love to see step forward and take precedence in 2016, though I'm not predicting they will actually come to fruition. However, I think we would all benefit if these desires were fulfilled.

And we have the ability to make these desires come true. They pose valuable opportunities for entrepreneurs and others to step up and make their mark. They are matters we can demand and promote, matters we can hound restaurant owners, legislators and others to pursue. We can make our future become a reality.

1) More Bread Pudding
Bread pudding is relatively easy to make and can be inexpensive as it can be made with day old bread. Plus, it is a diverse dish that can be made in a wide variety of flavors, with different sauces, and accompaniments. I've had some superb bread puddings at local restaurants, and would like to see more restaurants offering it on their dessert menus. However, I also think there is a great opportunity for an enterprising baker to open a Bread Pudding Bakery. They exist in other parts of the country so why not in the Boston area? Skip opening another damn cupcake bakery, think outside the box, and opt for a bread pudding bakery instead. I've been pushing for this for a couple years and it still hasn't caught on.

2) More Filipino Restaurants & Dishes
This is another matter I've been ranting about for several years. There is a dearth of Filipino cuisine both locally as well throughout the U.S., though a few regions seem to be opening several new Filipino restaurants. With apparently only a single Filipino restaurant in the Boston area, there is a huge opportunity here for more Filipino spots. Or if even not an entire restaurant, maybe we could see more Filipino inspired dishes on other menus. Chef Patrick Enage, who was born in the Philippines, had been running a pop-up Southeast Asian menu, which included some Filipino dishes, at Wink & Nod. In the near future, he will open Akinto, his own restaurant with a similar menu. This is a good start but we need even more Filipino dishes and restaurants in the Boston area.

3) More Wine Access
Massachusetts has slowly been releasing the reins on wine control so there is much of which to be hopeful. A law was finally passed permitting wineries to ship to consumers in Massachusetts but we still need a law allowing online and out of state, brick & mortar retailers to ship to Massachusetts consumers. Let's see a push for this expansion in the wine shipping law. A law was passed allowing more liquor licenses in Boston but we still need a law permitting BYOB. There are currently efforts to enact a BYOB law though it seems it has far to go, especially in creating a structure that will benefit communities but not hurt existing restaurants. Let us hope that 2016 sees some new wine law passes.

4) More Local Seafood
Something is seriously wrong as the U.S. imports over 90% of their seafood. Where is the love for domestic seafood? There is plenty of sustainable and delicious domestic seafood available and more of it needs to be served at restaurants and eaten at homes. For example, why serve Asian shrimp, especially considering problems such as the Thai slavery scandal, when Gulf shrimp can be just as good? We should support local fishermen and our local economy by buying more local seafood. Local seafood is also more traceable, so you know where it has been counter to imported seafood which can have a much murkier origin. Price alone shouldn't be the reason to opt for imported seafood.

5) More Breakfast Pizza
A breakfast pizza, such as with potatoes, bacon, cheese and a fried egg, can be absolutely delicious, such as the one at Ciao! Pizza & Pasta. It isn't a difficult dish to create yet you won't find it available on many menus. Think of all the pizza joints you know and then consider which ones make a breakfast pizza. You might know one or two, at best. So why isn't it more popular and available? It is puzzling to me and it seems such a no-brainer. People love pizza so why wouldn't they also love a breakfast pizza? This too seems to be a missed opportunity for many so I hope more restaurants decide to add these to their menu.

6) More Sake at Non-Asian Restaurants
In the Boston area, Sake is largely confined to Asian restaurants and there is no reason why that should be the case. Sake pairs well with all sorts of cuisines, from Italian to French, Barbecue to Burgers. I've previously written about The Science of Sake & Food Pairings, explaining reasons why it pairs so well with varied cuisines. For Sake to become more popular and mainstream, we need more restaurants to carry and promote Sake. Tasting Counter is one of the courageous outliers, a non-Asian restaurant with ten Sakes on their menu. In southern Maine, plenty of non-Asian restaurants now carry the locally made Blue Current Sake. Boston restaurants needs to follow their example and add Sake to their menus.

7) Less Powdered Sugar
Stop using so much powdered sugar, covering pancakes and French toast, adding even more sweetness to sweet desserts. It doesn't make those dishes look more appealing to have a plain white powder on them. In fact, it acts to hide the natural look of the desserts, concealing their true nature. And adding it to sweet desserts is unnecessary as they are already sweet enough. It's overkill. Yet chef after chef still uses it and that needs to stop, especially its use on pancakes and French toast. Find other ways to make your food look better. Find a better way to make your desserts sweeter if that is what you really want to do..

Lots of good ideas and many I'd like to see implemented such as more local seafood - lots more - and more under-utilized seafood species also. We all could learn and restaurants are a good place to start the education process.

I have to agree with your more seafood post. I am adding that to my list and find that I discover all new local places that have some of the best fresh local seafood on the planet. I have already found three places that offer all you can eat shrimp deals, and now I am looking for others this month.