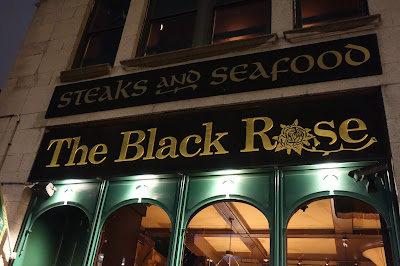 “What whiskey will not cure, there is no cure for."
--Irish saying

Until Prohibition, the city of Derry was the largest whiskey producer in Ireland and then the distilleries started closing. When Prohibition ended, Derry never recovered to its prior whiskey-making heights. The first new whiskey distillery, in about 150 years, should start construction in Derry at the fall of this year.

The Black Rose recently hosted a tasting event, showcasing a new Irish Whiskey, The Quiet Man.  Luxco, a producer, importer and marketer of beverage alcohol products, has partnered with Niche Drinks, an Irish producer of Cream Liqueurs, Irish Coffee and Ready To Drink Cocktails, to sell The Quiet Man. Niche Drinks has been around since 1983, and Ciaran Mulgrew, it's managing director and co-owner, is spearheading the effort to create this new whiskey. I was invited to the event as a media guest and had an opportunity to taste the whiskey and chat with Ciaran Mulgrew. 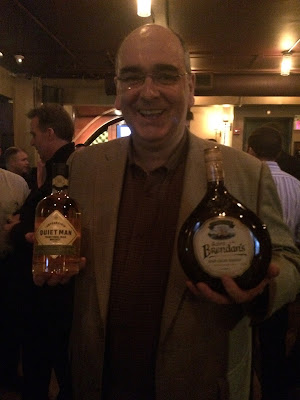 Ciaran (pictured above) was personable, upfront and charming. The name of this whiskey is intended to honor his father, John Mulgrew, who spent 52 years working as a bartender.  “In more than 50 years behind the bar, my father saw and heard it all, but like all good bartenders, John Mulgrew was true to the code and told no tales. He was ‘The Quiet Man,’ or as they say in the pubs of Ireland, ‘An Fear Ciuin.’” For a time when he was a child, Ciaran lived above a bar and he remembers the smells of the bar, such as that of beer and whiskey, that seeped up through the floor. He credited this to being one of the motivators for him getting involved in the alcohol business.

His ultimate objective is to construct a new whiskey distillery in Derry, to recover some of the glories of the history of the Derry whiskey industry. In the mean time, Ciaran has released two varieties, a Traditional Blended Irish Whiskey ($39.99) and an 8-Year Old Single Malt Irish Whiskey ($49.99), both bottled at 80 proof. To produce this whiskey, he has been purchasing Irish whiskey from two different sources, both new whiskey and some partially aged. Then, he has been aging all of the whiskey in first-fill bourbon barrels, sourced from Heaven Hill and Sazerac.

Ciaran says, “The difference between a good whiskey and a great whiskey lies not just in picking the best ingredients and having the most skilled distiller. It lies in selecting the finest barrels to let the whiskey mature in. Our unique process of finishing the aging in barrels that previously held bourbon but never whiskey allows The Quiet Man to soak up those wonderfully sweet yet spicy oak flavors, and the result is two great Irish whiskies.”

Some of the whiskey, after spending eight years aging, will then be placed into used Oloroso Sherry casks for another two years of maturation. None of that whiskey has yet been released but it sounds promising. As a Sherry lover, I generally like whiskey that has spent some time in Sherry barrels, acquiring those additional and delicious flavors.

Initially, Ciaran's plan was to open a distillery, bottling, maturation plant, and a visitor center in Campsie but those plans fell through. Now, he will open an urban distillery, located in two buildings in Ebrington Square, the site of an old naval base. At the end of World War II, about 60 German U-boats surrendered at this historical location. The warehouse where they are currently aging their whiskey will remain as is and they hope to begin construction on the distillery in October 2016, with a proposed finishing date fifteen months later.

It will then take another four years before their first Irish whiskey is ready to be bottled, so it won't likely be ready until at least 2022. The whiskey they produce will use the same mash bill as their current whiskey, to maintain a consistent product. In the mean time, they will also use their distillery to produce some Gin, which they can release much quicker. 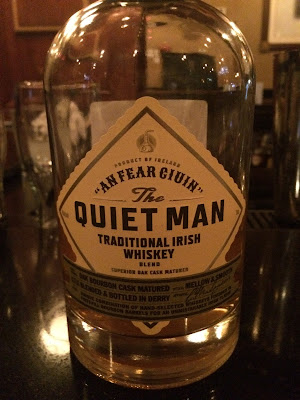 The Traditional Blended Irish Whiskey is aged for four years and has a high malt percentage. It possesses a nose of sweet caramel with floral notes, and on the palate, it will remind you of a bourbon, especially due to its sweetness. There is plenty of caramel and vanilla flavors, with a hint of spice, and it drinks very smooth with only a hint of a bite on the finish. You could drink this whiskey on its own or mix it into a cocktail.

Of the two whiskies, I preferred the 8-Year Old Single Malt Irish Whiskey as it possessed a more savory taste profile. It had a pleasing nose of spice, smoke and floral notes and on the palate, it was much less sweet, though there still were tastes of caramel and vanilla. Those sweeter flavors though were balanced by a spicy backbone and a hint of smoke. It too drank very smooth, lacking the bite on the finish that was in the Blended version. It definitely is an Irish whiskey to slowly savor and enjoy, and during the winter, it would be welcome drink on any chilly night. 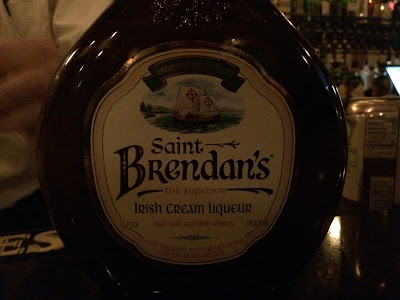 A pleasant surprise during the tasting was another product from Ciaran's company, the Saint Brendan's Irish Cream, which is named after a sixth century monk. This Irish Cream is made from all natural ingredients, from cream made from the milk of grass-fed cows to their own Irish Whiskey. Bottled at 34 proof, it has a richer butterfat content than many of its competitors. Ciaran said that basically, the cows would be milked on Sunday, the cream made on Monday, the cream blended with the whiskey on Tuesday, and it would be bottled on Wednesday.

I was impressed with its taste, finding it light, creamy and only mildly sweet, far less sweet than Bailey's Irish Cream. It was delicious, without any artificial taste, and would be the perfect drink to cap off a night. I could easily see this in a cocktail, or even as the basis for a tasty frozen shake. And as it only costs $12-$13, it is an excellent value as well and highly recommended. 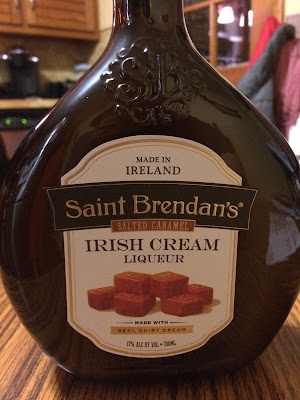 After the event, I learned they also make a limited edition Saint Brendan's Salted Caramel Irish Cream and was sent a review sample. Similar in many ways to the basic Irish Cream, it was smooth and creamy, though it was sweeter which you would expect from this flavor. The caramel notes were prominent with hints of saltiness and it was like a liquid salted caramel. If you prefer a sweeter drink, this would be your choice and it would work well in a number of cocktails.

Broaden your palate, explore Irish whiskey and check out The Quiet Man.

"And remember--in Scotland and Ireland, whisky is always 'taken,' not drunk."
--Whisky, A Very Peculiar History by Fiona MacDonald

Posted by Richard Auffrey at 9:28 AM