All About The International Boston Seafood Show 2013 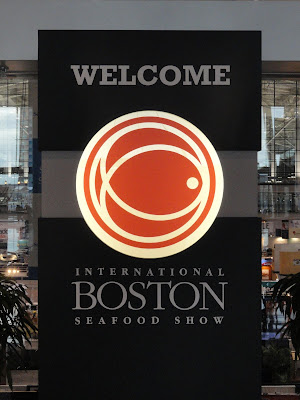 "It has always been my private conviction that any man who pits his intelligence against a fish and loses has it coming."
--John Steinbeck

This past week, I have been immersed in the ocean, swimming with the fishes. The 2013 International Boston Seafood Show (IBSS) is past and I have written a bunch of posts this week about it, exploring some of the stories I found there. To be beneficial for my readers, I am compiling all of the links to my IBSS articles into a single place. This post will be that repository, and as such will be updated whenever I write another related article about IBSS. There is a good possibility that I will follow up on certain seafood issues in the near future. And if you have any questions about the Seafood Show, feel free to ask. 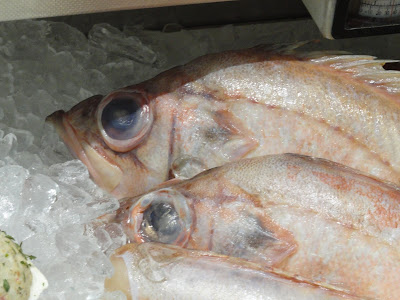 On this past Monday at IBSS, the SeaFood Business released its second Show Daily magazine and I was pleasantly surprised to find that one of my tweets had been selected as their "Tweet of the Day." My tweet stated: "@BostonSeafood Show is healthy for you. Lots of exercise via walking, lots of Omega-3s from seafood, good info for your brain. #ibss13." As they select only two tweets during the entire show for their daily magazine, I was honored to have been chosen. 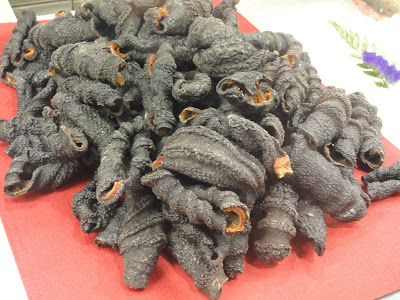 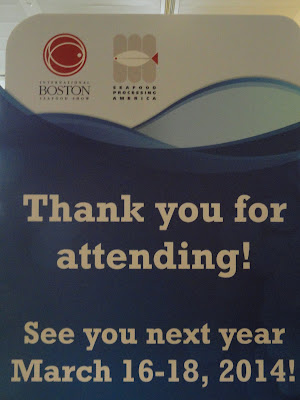 Next year, the International Boston Seafood Show will be renamed the Seafood Expo North America as part of a global rebranding effort. Will you attend in 2014? I hope to be there.

"But more wonderful than the lore of old men and the lore of books is the secret lore of ocean."
--H. P. Lovecraft
Posted by Richard Auffrey at 9:00 AM

The pics of seeafood look impressive, but not really appetizing... I would prefer to see them cooked))

This is a very impressive and educational article, thanks a lot for sharing. I like the pictures of seafood. Buy custom research papers written on any desirable topics. Best regards, ​http://dissertationwriting.services/.

Scary pictures but the seafood is great!
College Essays