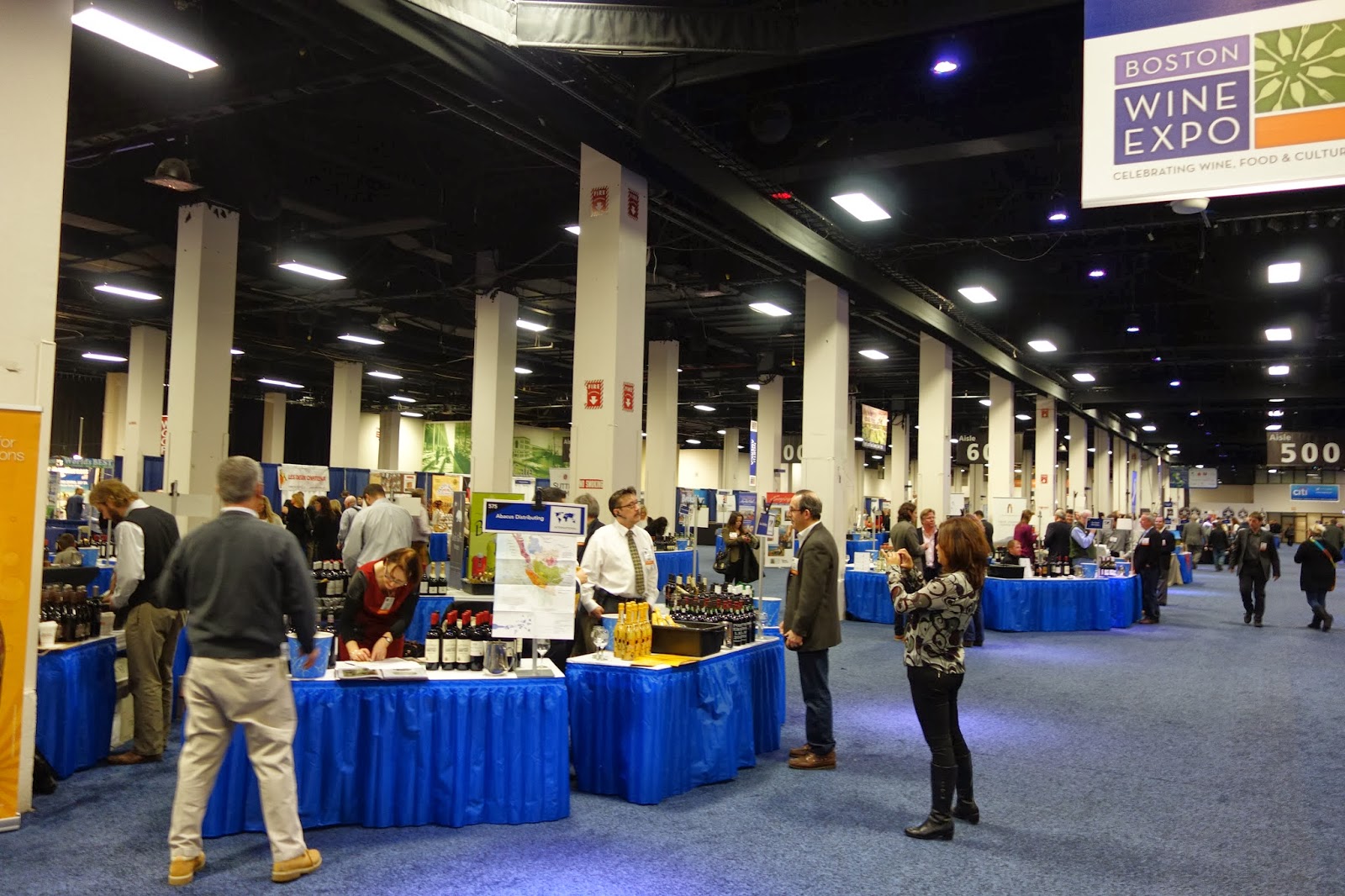 Intriguing Georgian wines made in traditional clay pots. An abundance of value Portuguese wines. Killer wines from small, artisan producers in Burgundy. Compelling Rhône blends from California. Superb high-end Spanish wines. Grass-fed beef from Uruguay. Hanging out with wine lovers Rob Ciampa and Todd Trzaskos. These are all some of the highlights of my time at the Boston Wine Expo this year. 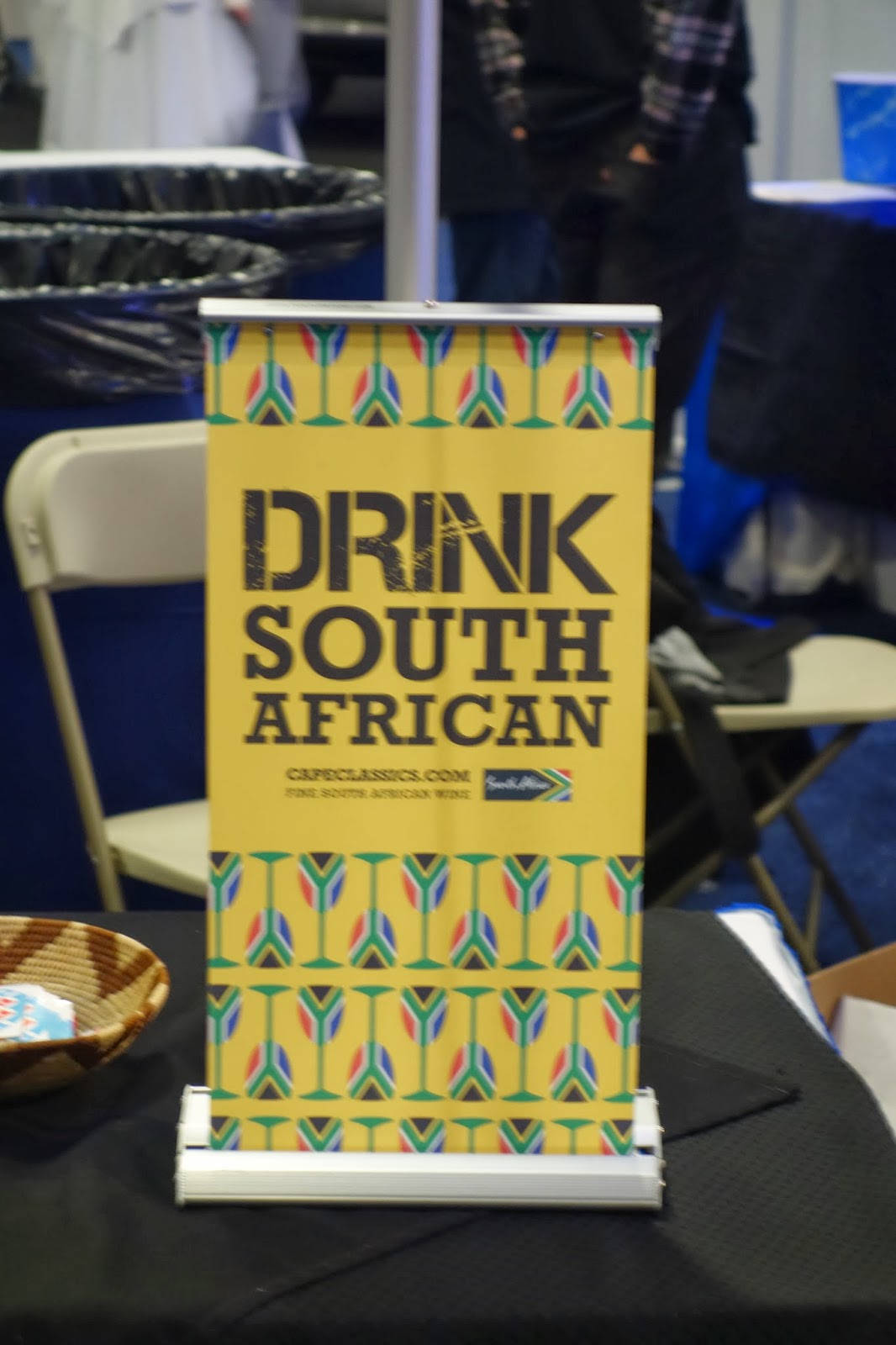 With a media pass, I attended the trade hours of the Expo on both Saturday and Sunday, and also visited the Vintner's Reserve Lounge on Sunday afternoon. With over 185 wineries showcasing their wines, I could only sample a small fraction of the available wines so choices had to be made, many before I even showed up at the Expo. As I mentioned before, it can be helpful to do some research before hand, to check the exhibitor list and decide where you would like to taste. I always have some flexibility too, in case I find something else compelling that I missed on my prior research.

Overall, the Grand Tasting has a greater diversity of wines than what I found at the Mohegan Sun WineFest Grand Tasting, but still could work on acquiring an even better diversity. For example, there was only a single Sake exhibitor and the South Africa tables were far fewer than last year. There was no Sherry and few local wines. The Expo should be an opportunity to offer different wines, that consumers may know little about, to hopefully make them converts. I'm sure there are economic reasons why some smaller producers won't attend the Expo, but I think there are still plenty of others who could exhibit there who do not currently. 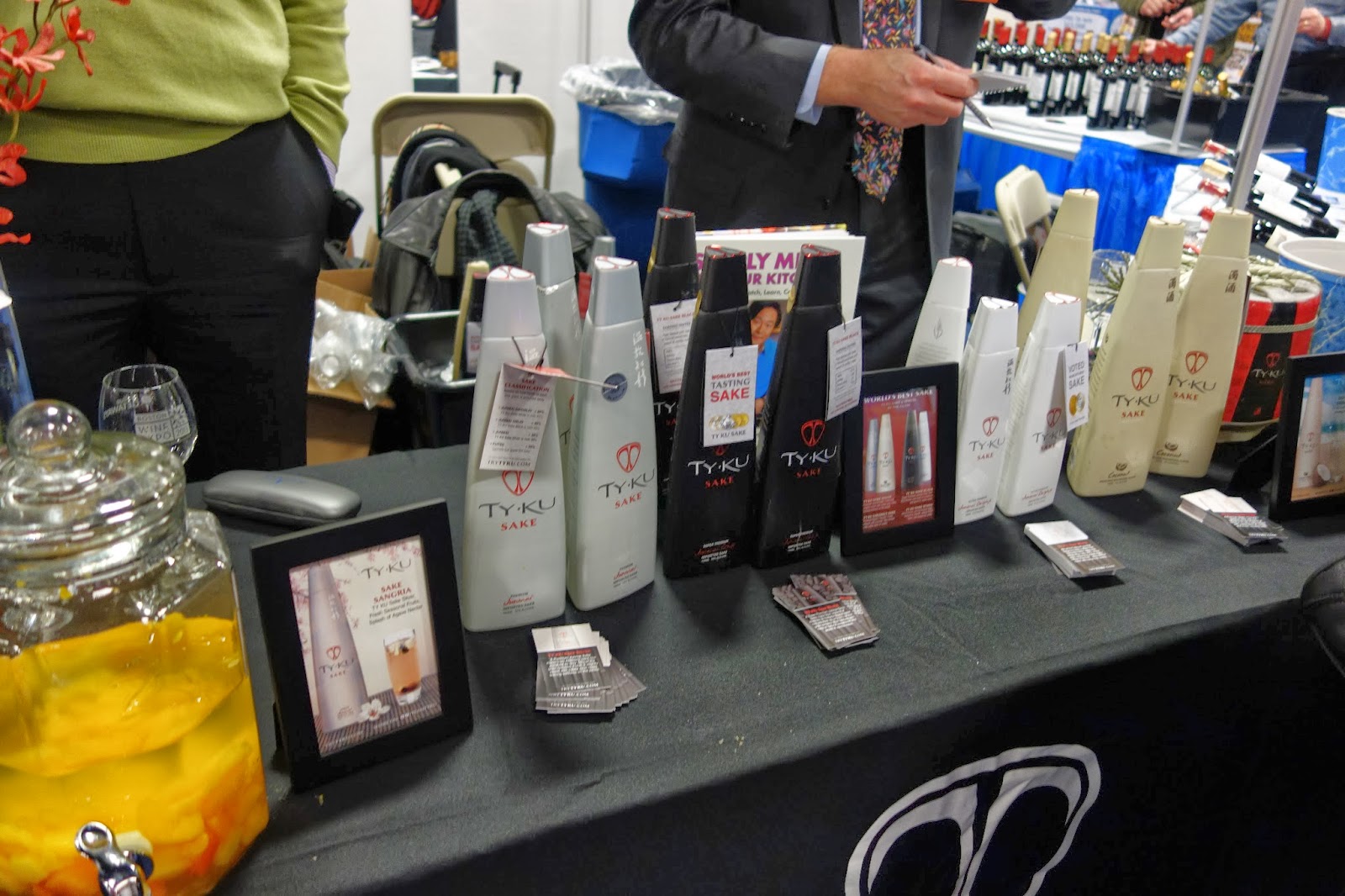 There were a number of food exhibitors at the Expo, offering free samples of their products, from Harrows Chicken Pies to McCrea's Candies. With all the wine tasting, it is beneficial to have food to absorb the alcohol and cleanse the palate. And it can also be interesting to pair some of these foods with the wines you are tasting. While sampling a hearty red wine, it can be nice to have a piece of beef to accompany your taste. You could have tried some chocolate with a Port. There were plenty of pairing options.

I want to present my top three food finds from the Expo, items I recommend to my readers. 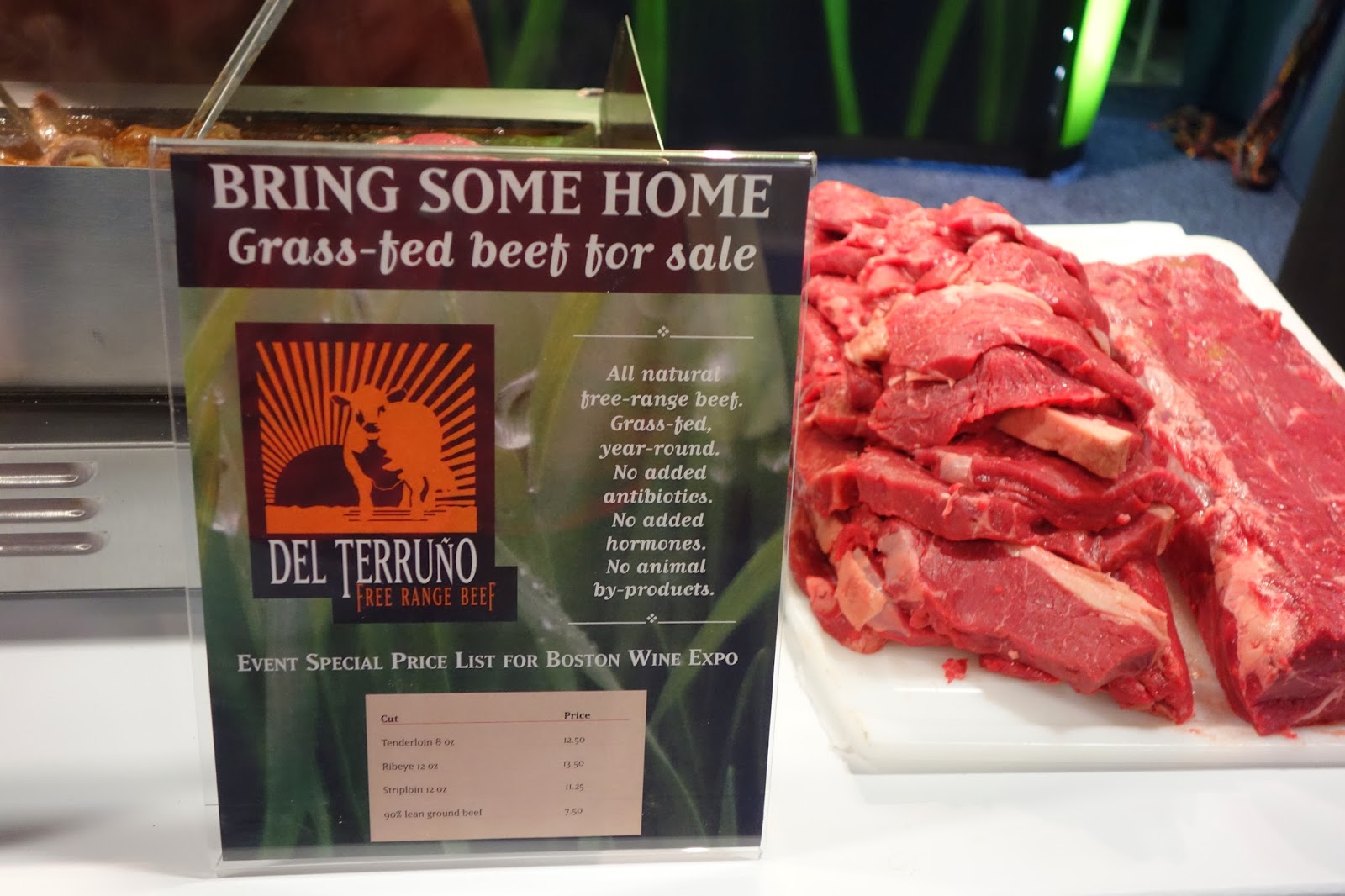 Del Terruno, which means "from my small corner of the earth," offered samples of their free range, grass fed beef from Uruguay. The cows are raised in open fields and eat grass throughout the entire year. They are not fed corn at all. This meat is intended to be as natural as possible and the company tries to adhere to good environmental practices. Their meat has excellent traceability, and can be tracked back to the original animal. The meat is lean, but flavorful with more of an earthy taste than the beef you are used to eating. And it made a good pairing with several different red wines. I'll admit that I enjoyed several tastes of this beef during the Expo, finding myself passing by their table multiple times during each day. 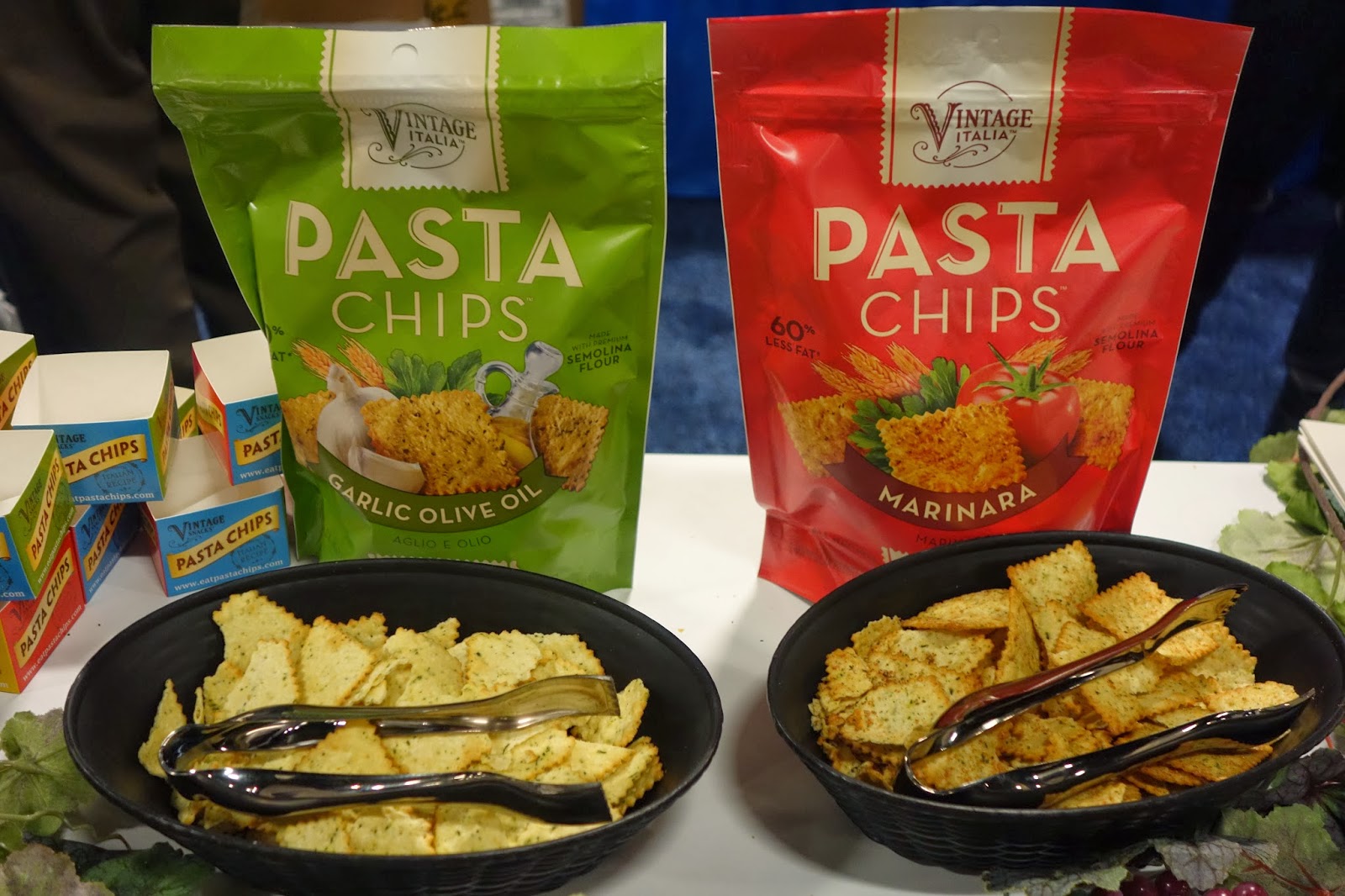 The idea of Pasta Chips intrigued me, kind of oven baked crackers made from pasta, so I was curious to taste them at the Expo. Made from semolina flour and Italian herbs, there are currently five different flavors of these chips including Alfredo, Marinara, Spicy Tomato Herb, Garlic & Olive Oil, and Sea Salt. A 5 ounce bag costs about $4. I was impressed, and nearly addicted, with these chips, which were thin but sturdy, had appealing flavors and a nice crunch. The Garlic & Oil was one of my favorite flavors, with a strong garlic taste, though I also very much liked the Alfredo, which had a prominent cheese kick. The chips are strong enough for even a thick dip, though I like them just the way they are. 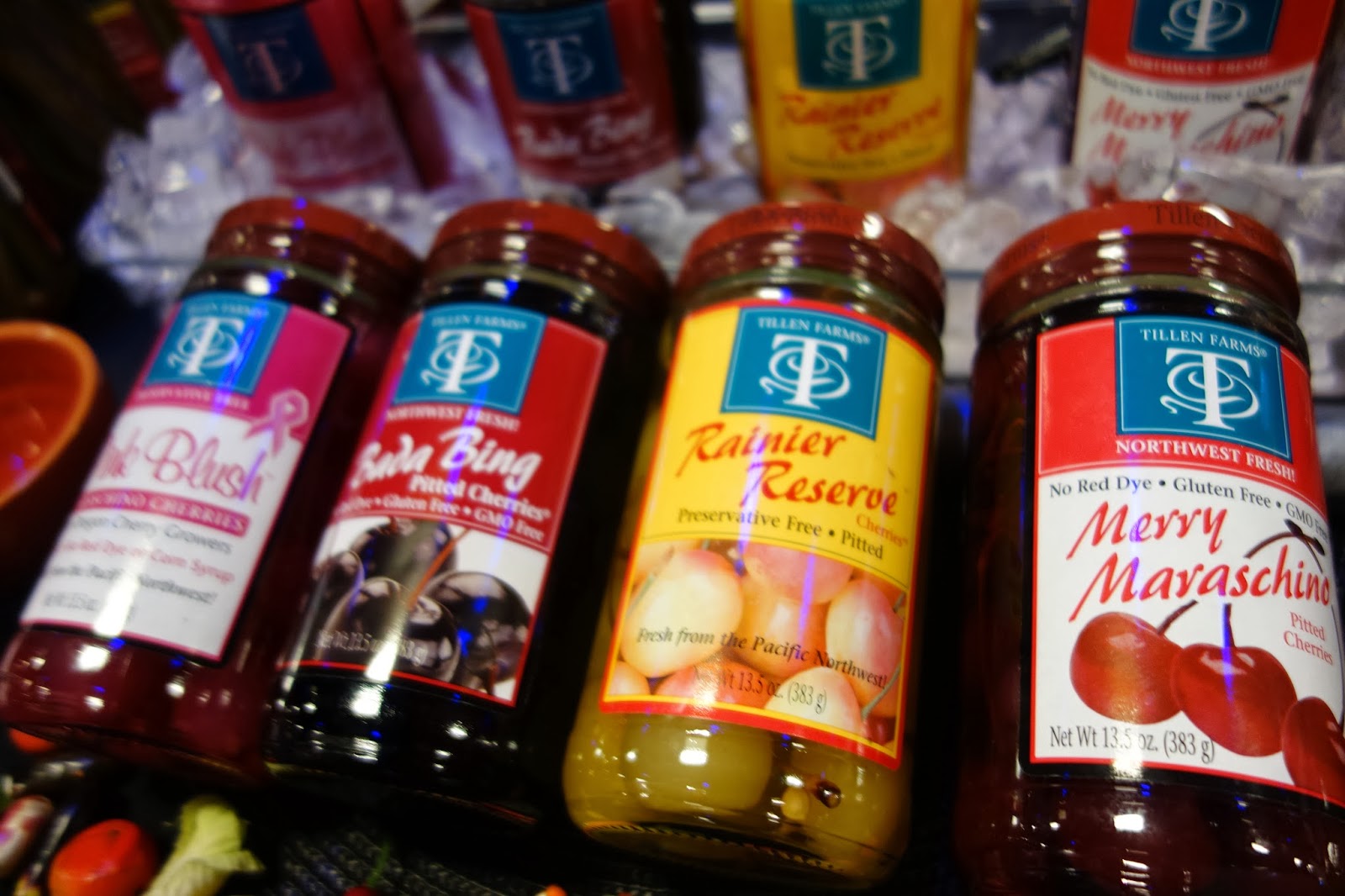 Pickled vegetables and cherries. Tillen Farms, founded by Tim and Helen Metzger, makes a line of pickled veggies, about ten different kinds, as well as four types of jarred cherries. They promote that their products are more natural, avoiding artificial colors, flavorings and preservatives. If you have food allergies, a number of their products may also be good for you. For example, the Crispy Pickled Carrots are Gluten-Free, Vegan and made in a nut free facility. They were also delicious, with plenty of crispness and a mild pickled flavor. Some of their other pickled veggies include asparagus, beans and snap peas.

Their cherry types include Rainier Reserve, Bada Bing, Pink Blush and Merry Maraschino. Again, these are intended to be more natural with no artificial colors, flavorings and preservatives. I tried all four cherries and each had their own specific taste and you got a sense of freshness from all of them, a lack of the artificial flavor you might be used to in many commercial maraschino cherries. They would be nice additions to a cocktail. They even suggested soaking the Bada Bing cherries in some bourbon for a special cocktail treat. 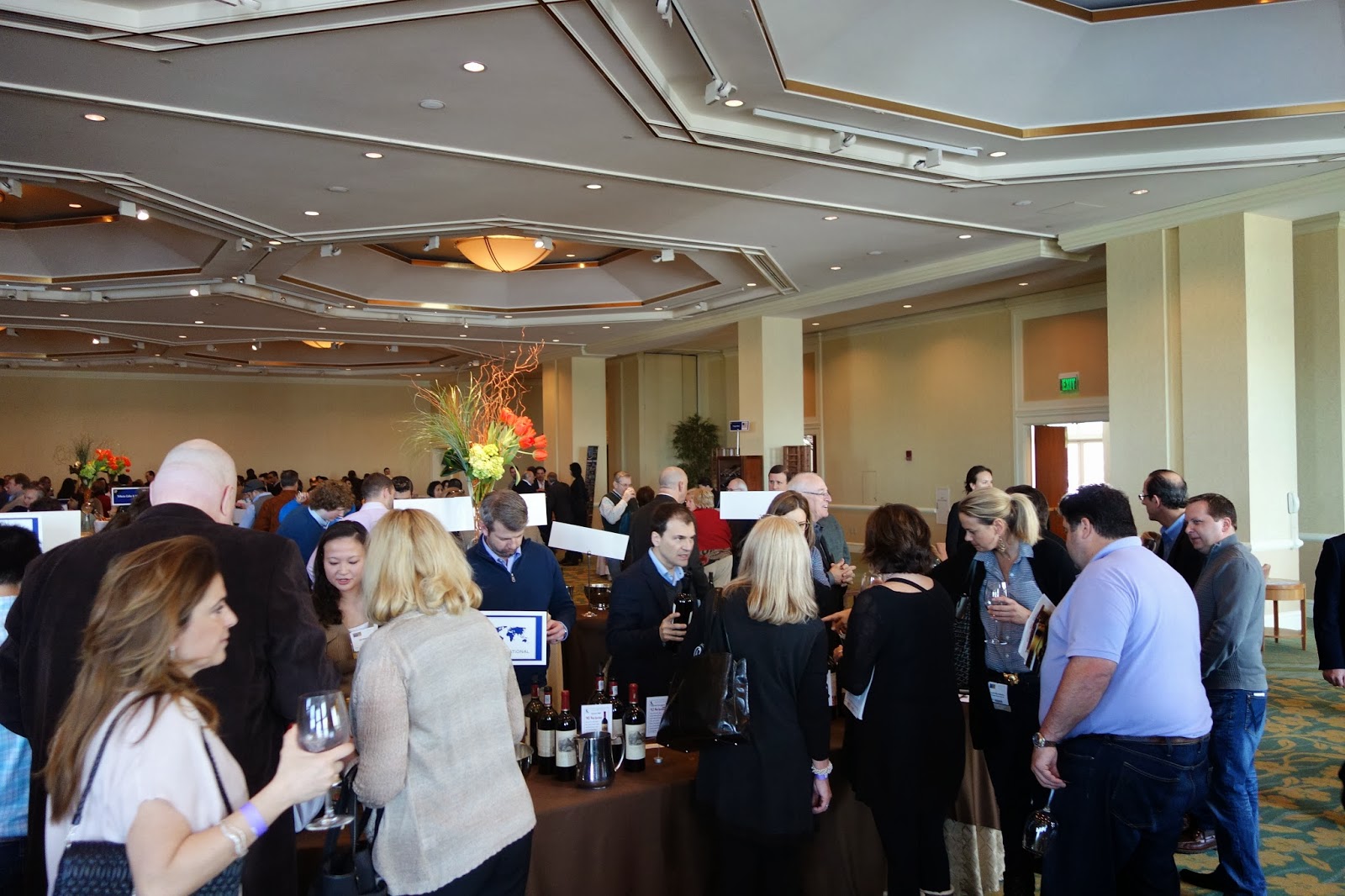 This year, I also visited the Vintner's Reserve Lounge for the first time since 2008, when I had a very disappointing time which soured me on that event. I can now say that the event has undergone some significant changes, and has become a far better event. First, and very importantly, they now serve a variety of foods at the Vintner's event, and not just cheese & crackers. There were 9 restaurants at the event, providing items like oysters, beef wellington, and seared halloumi. Second, there were no timed tastings. All of the wines were available throughout the entire event.

As limited tickets are sold, this is a much more casual event with few lines at the tables. And there were a number of chairs where you could sit and enjoy some of the sampled wines and foods. There were approximately 100 high-end wines available for sampling, about 60% which were from the U.S., primarily California. Another 20% of the wines were from France, with other wines from Italy, Spain, Argentina, Chile, Portugal and Canada. Once again, I wish there was more diversity in the selections. For example, there was only a single wine from Portugal, and it wasn't even a Port. There were also almost no sparkling wines at the event.

However, I was impressed with nearly all of the wines I tasted in the lounge and would return to this event next year. Tickets for the Vintner's Reserve Lounge cost $185 and I think it is worth it for a wine lover who wants to taste higher-end wines they might not usually purchase. The addition of all the food exhibitors to this event makes it a better deal than if it were only for the wine. 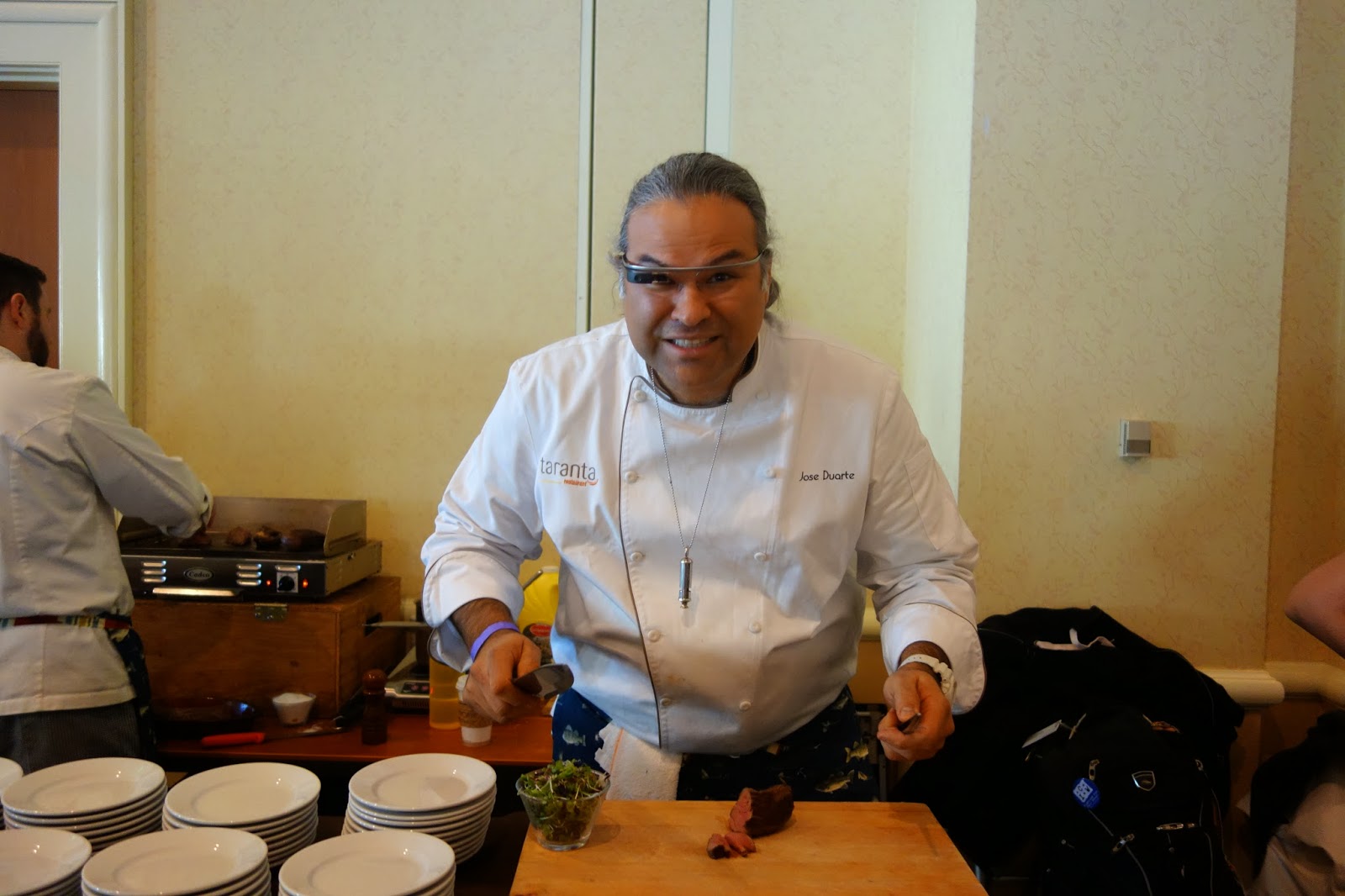 And if you missed the Vintner's Reserve Lounge this year, you missed seeing Chef Jose Duarte, of Taranta, serving a dish made with Del Terruno beef. Check out his Google Glass! Though he is still getting used to them, he had much positive to say about it and thinks they will be beneficial to chefs. And of course, his dish was delicious.

(During the next couple weeks, I'll be posting reviews of the wines I most enjoyed at the Expo.)
Posted by Richard Auffrey at 3:00 AM