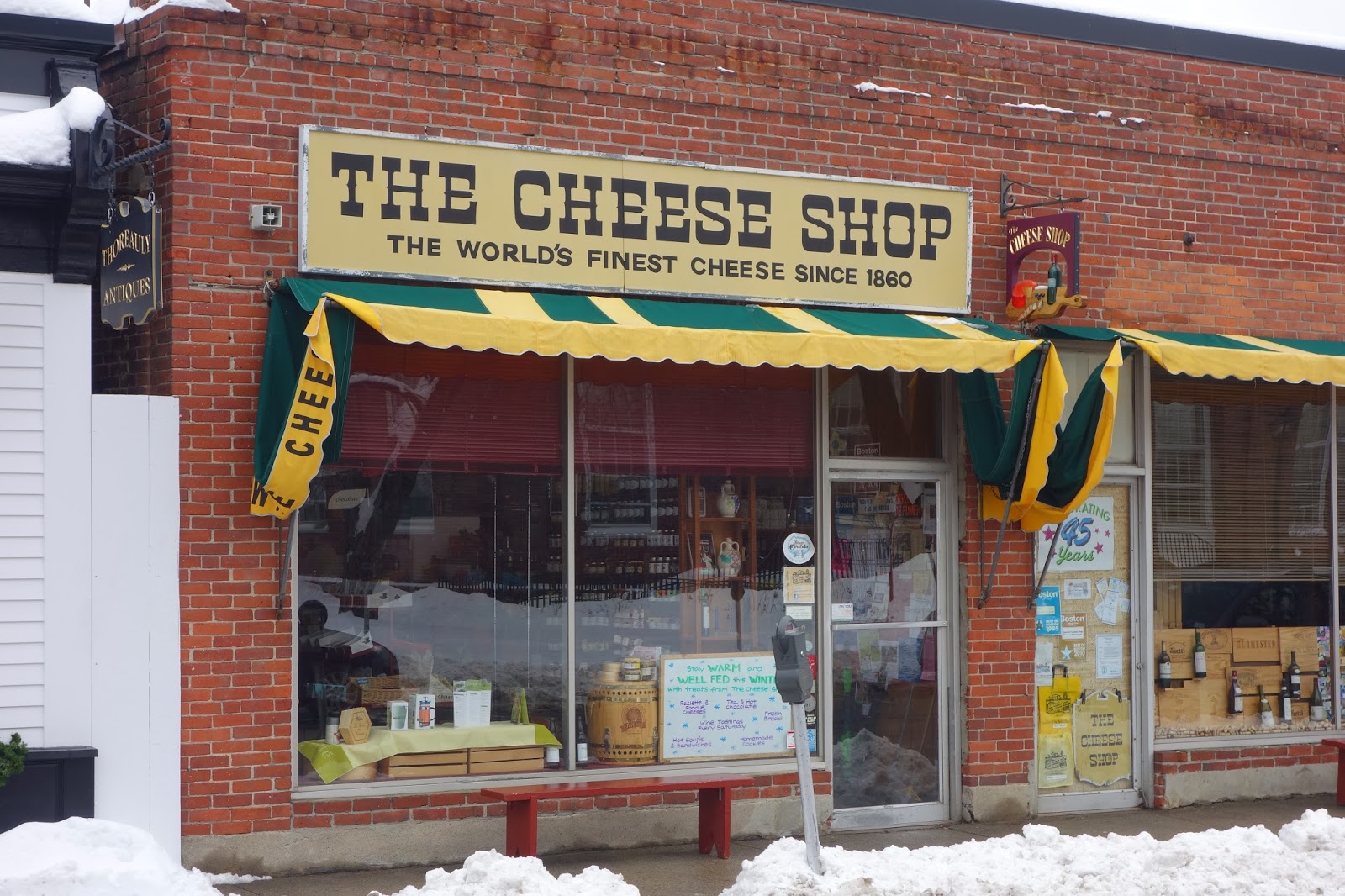 There are two "Cheese Hoards" at the Concord Cheese Shop, and they are interconnected, one helping to both stock and sell the other. Earlier this week, I spent time with both "hoards," tasting some of the hottest cheeses at the shop.

The shop usually stocks 150-200 different cheeses, which constitutes its first hoard. This diverse selection includes many local cheeses, as well as other artisan, small production and more unique cheeses. You'll likely to discover a number of new cheeses here, and you'll have the opportunity to taste any of them before you buy. They even have regular customers who are devotees of specific cheeses, asking for them by name. Such people are true cheese lovers. 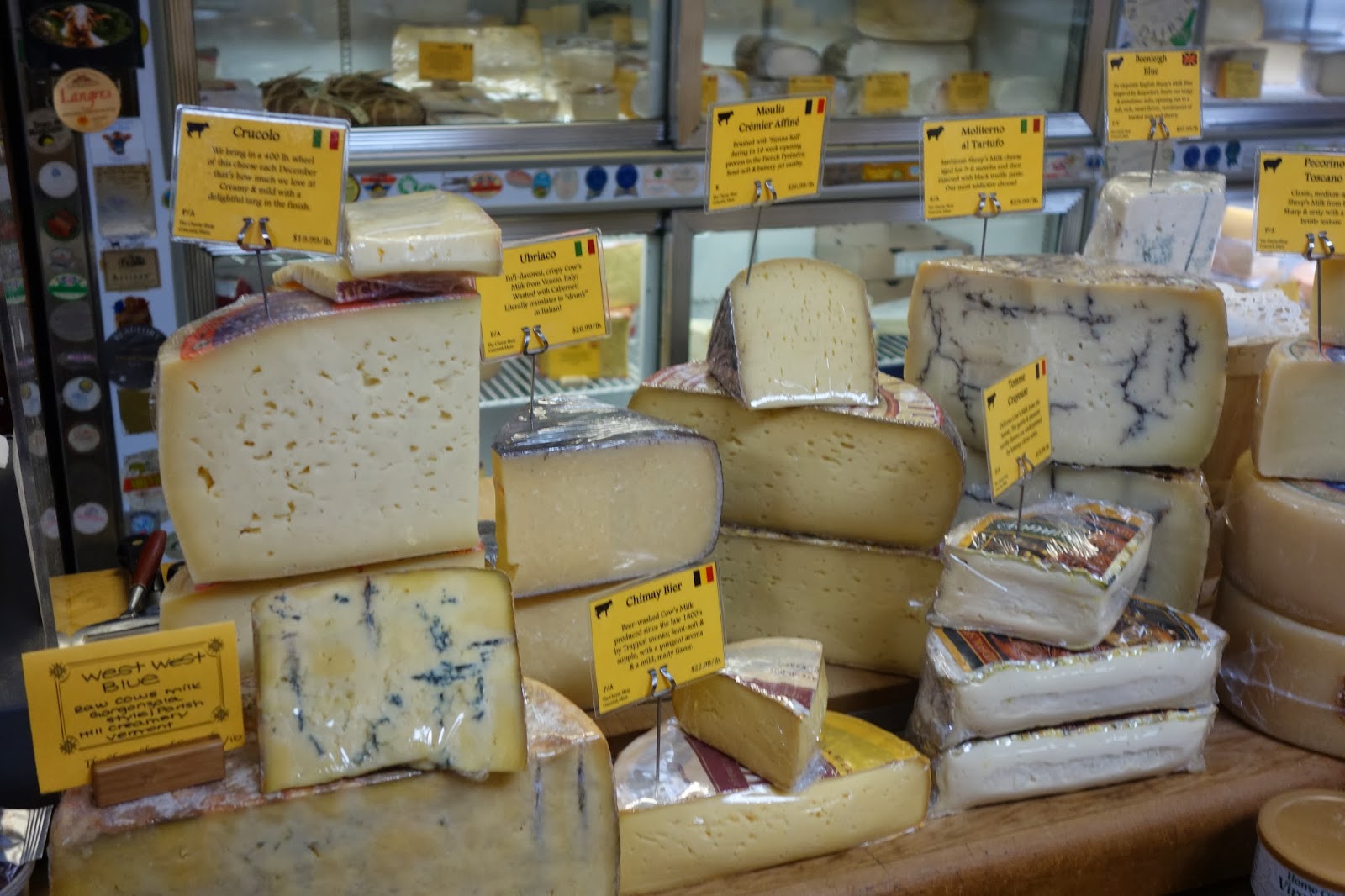 The second "cheese hoard" is the store's cheese buyer, Brie Hurd. "Brie" is a French cheese while "Hurd" is a Middle English form of "hoard." It almost seems like destiny that someone with that name would end up working in the world of cheese, especially considering the path that originally led her to the Concord Cheese Shop. About 6 1/2 years ago, Brie started working at the shop while she was in college studying Art History and Women's Studies. Neither of those two subjects would incline you to believe Brie was headed toward a cheese career. It began as a summer job, and Brie also worked on her breaks from college.

During the holiday rush at the cheese shop, and despite working hard, long hours, Brie thrived, relishing her work. She found it to be far more enjoyment than drudgery. She stated that her college life was "punctuated by her cheese education." When she graduated from Ithaca College in 2010, she wasn't sure what she wanted to do with her life and continued to work at the cheese shop. As time passed, her passion for cheese grew and she found her happiness there. She finally concluded that cheese would be the focus of her future. 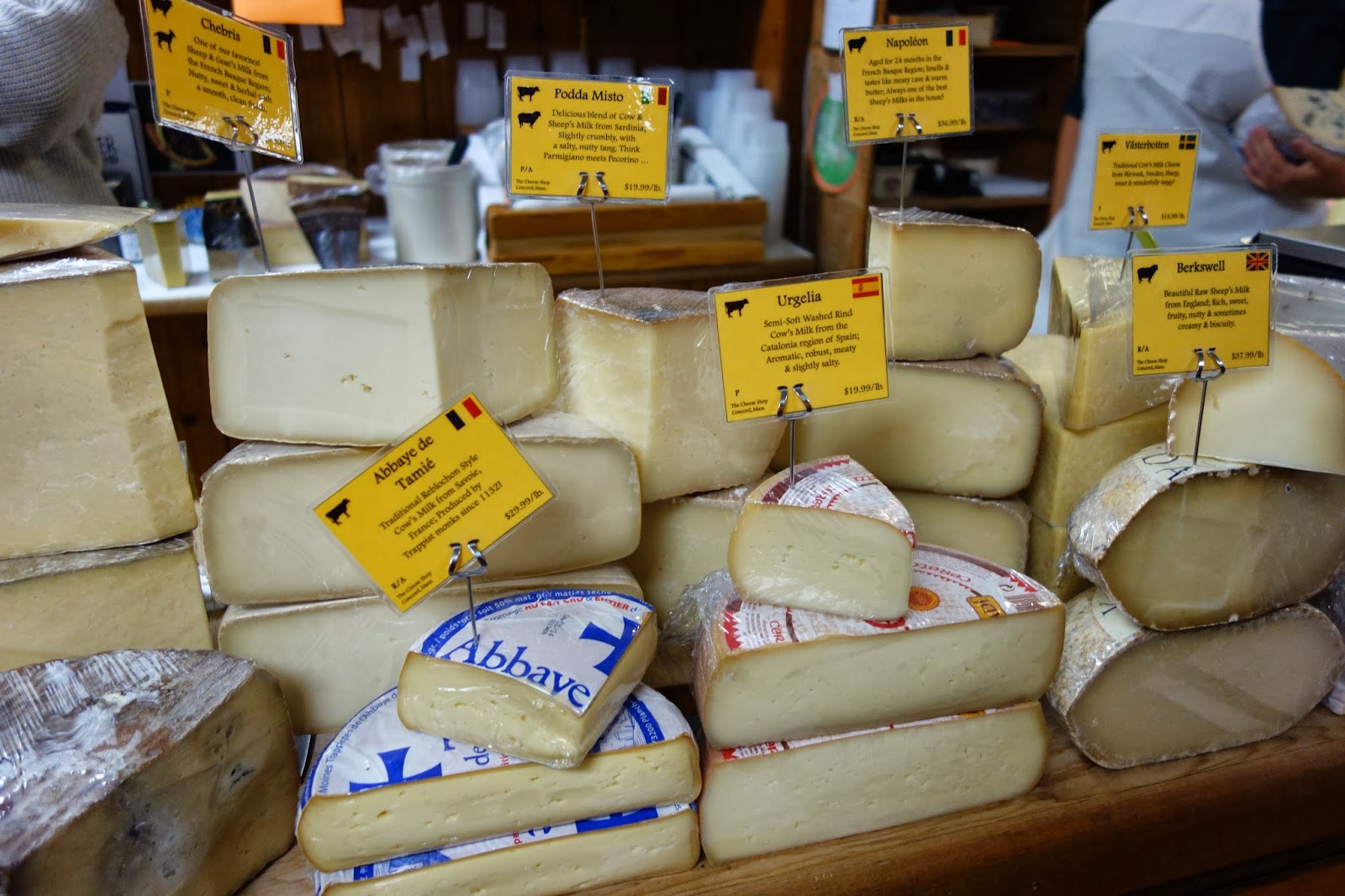 Since then, she has continued her cheese education, even competing in various cheese competitions. And this spring, she is going on a cheese journey in England. Brie "feels like a sponge right now," constantly learning about cheese, wine, and business. She "loves touching the consumer," working with the public, creating a special rapport and bringing those customers pleasure through cheese. With the passion I felt within her, I can easily see how well she would deal with customers, spreading that passion for cheese. Brie doesn't know what her future will bring, but it will most likely continue to include cheese.

Brie led me through a tasting of some of what she believes will be the most exciting cheeses of 2014. Some other exciting cheeses are seasonal and weren't available for tasting when I was there, but if you stop by, you might find them. As I have mentioned before, good cheese is not cheap though at the cheese shop, Brie stated they won't sell any cheese for more than $39.99 per pound. They try to have a range of cheese prices, from inexpensive, value cheese to higher-end artisan ones. Their average customer purchases from 1/2 to 1 1/2 pounds of cheese on a visit. 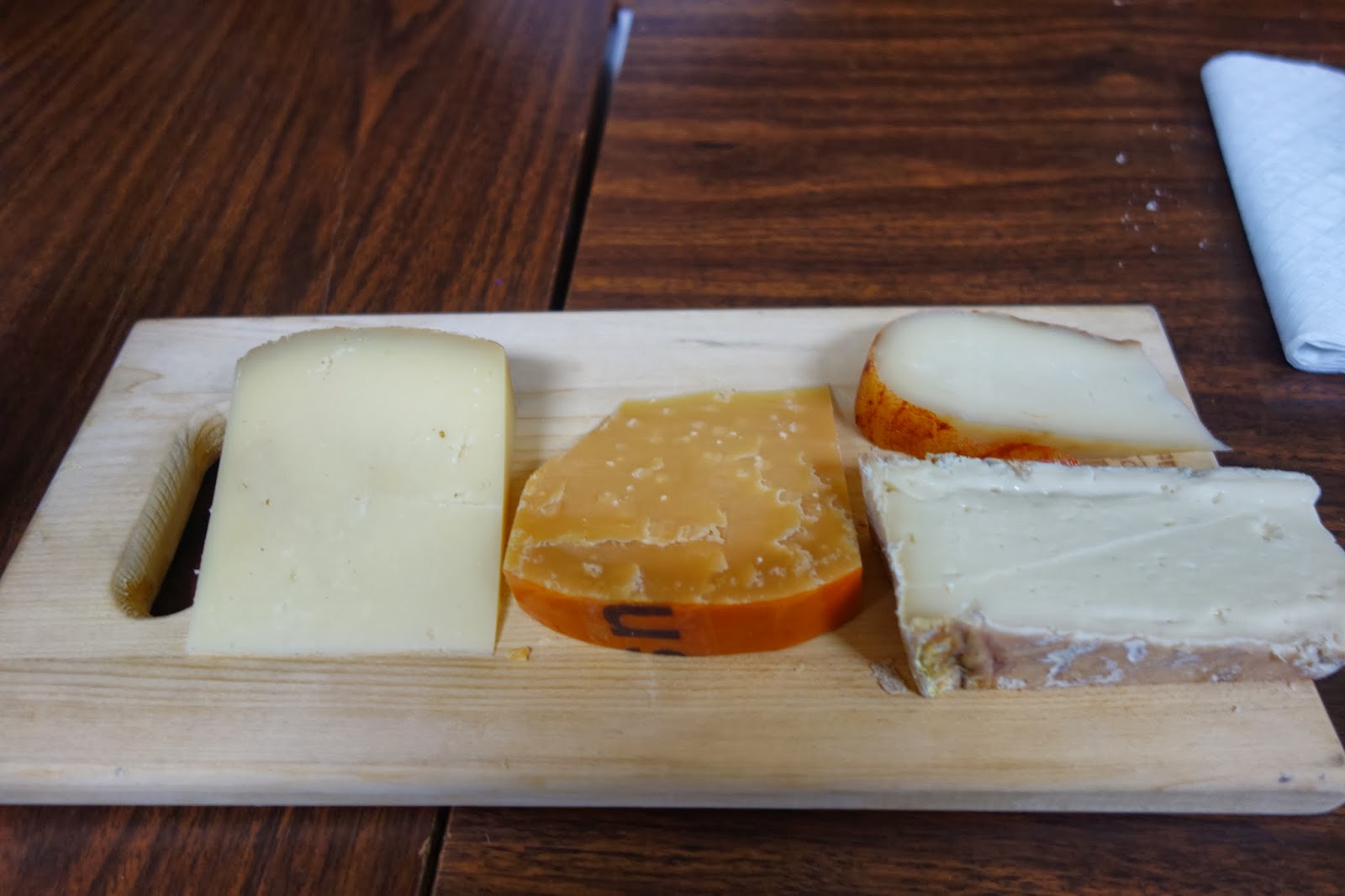 Located in the above picture, at the bottom right, is the Taleggio La Baita ($18.99/lb), a soft-ripened raw cow's milk cheese from Italy. Taleggio extends back to at least the 10th century, and historically was known as Stracchino. The name "taleggio" derives from the Taleggio Valley in Lombardy. The La Baita is made by the Carozzi family, which has 3-4 generations of cheese makers. The cheese shop won't carry Taleggio produced by anyone else except the Carozzi family. This cheese has a nice firmness and isn't runny. It is creamy and smooth, with a full and buttery flavor, enhanced by the saltiness of the rind. There is a slight tang to the taste, enhancing its complexity. This would be a nice cheese with sparkling wine.

Located in the above picture, on the left side, is the Napolean ($36.99/lb), a raw sheep’s milk from the Pyrenees region of France. There is a mountain, called Le Nez de Napolean, which faces the farm and that is where the cheese gets its name. The top of the mountain allegedly resembles a profile of Napolean. This cheese is produced in a traditional Basque style, aged for 24 months, and is Brie's favorite sheep's milk cheese. It has an intriguing firmness, almost a fudgy texture, in your mouth, with a deep, nutty and savory flavor. It is an elegant cheese and Brie recommends pairing it with some honey. 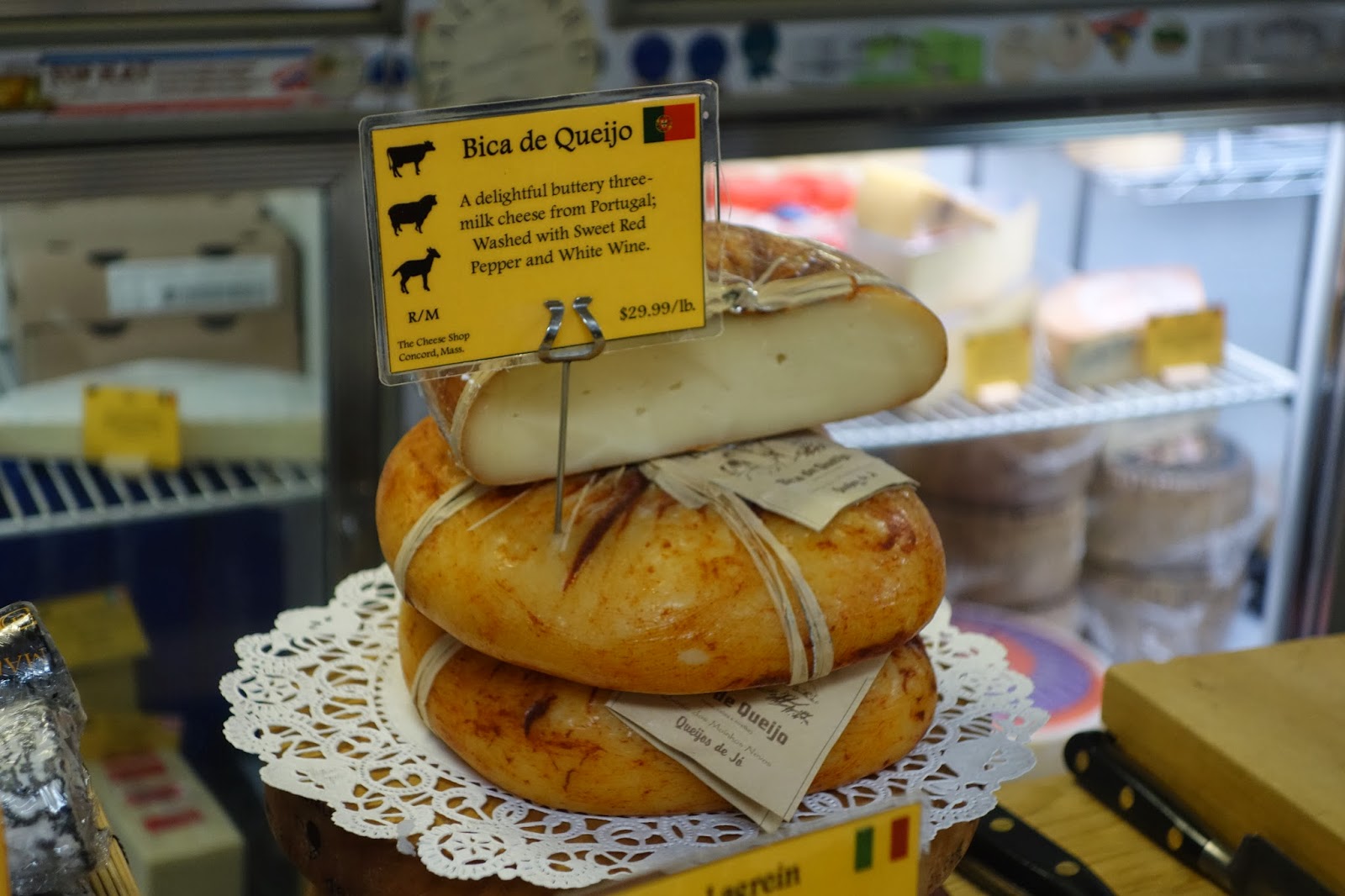 Produced in the Minho region of Portugal, the Bica De Queijo ($29.99/lb) is a blend of goat (70%), cow (25%) and sheep's (5%) milks. The name roughly translates as "bag of cheese."  The closeness of the ocean adds a saltiness to the the area where the animals graze, and that saltiness comes out in the cheese. When the cheese is being made, it is washed with white wine and sweet red pepper. The wheel of cheese looks compelling, almost like a small gift package, and the shop has only started carrying it during the past year. This is a silky smooth cheese, with a fresh and mild taste with hints of butter and a mild herbality. This is the type of cheese that would appeal to a wide audience, a real crowd pleaser. Pair this cheese with a Portuguese white wine, like a Vinho Verde, and enjoy.

Though I enjoyed all four of the cheeses, my personal favorite was the stunning Lamuse Aged Gouda ($28.99/lb), a raw cow's milk cheese. Gouda has been produced as far back as the 5th century and takes its name from a city in the Netherlands. This Gouda is aged for about two years, and at mid-range temperatures rather than the usual cool temperatures many others use. With a rich amber, almost orange, coloration, the aroma of this cheese will first impress you, with its complex and alluring melange of aromas. When you taste it, your mouth will be flooded with a harmonious blend of flavors, including butterscotch, nuts, caramel, and savory elements. You also get some crunch from protein crystals, enhancing the sensory experience. Though firm, it also seems to nearly melt in your mouth. Highly recommended! 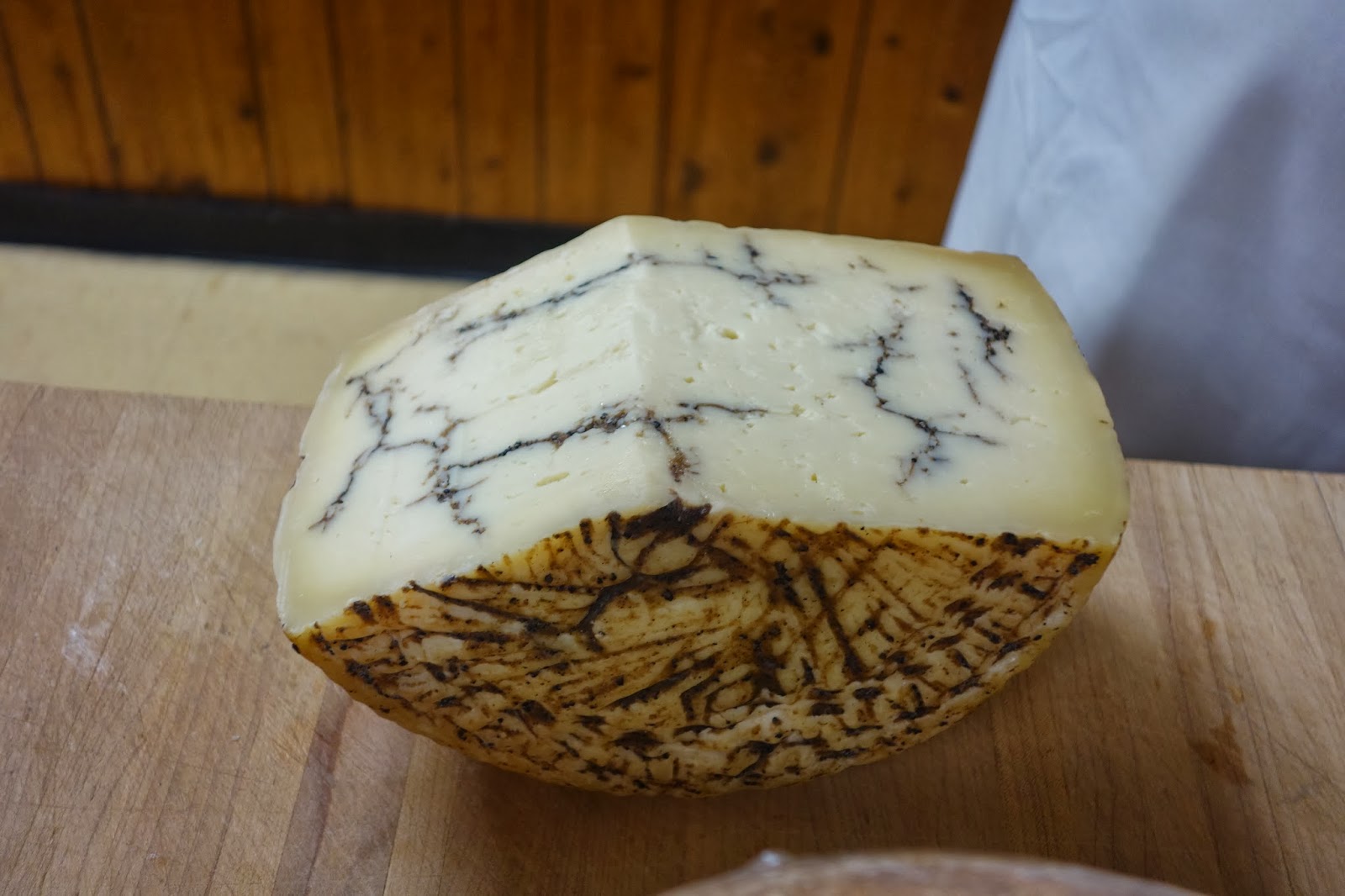 I also got to taste another decadent delight, the Moliterno al Tartufo ($29.99/lb), a Sardinian sheep's milk cheese that has been aged for 5-6 months, with the exterior rubbed by vinegar and olive oil. After this aging period, it is injected with black truffle paste, which creates those dark veins through the cheese. This is another cheese with an alluring aroma, a rich, earthiness that will remind you of fresh mushrooms. And that taste follows up, presenting an umami-rich earthiness that is a savory paradise. The truffle flavors are enhanced by the salty and herbal tang of the cheese. I would like to pair this with a Kimoto/Yamahai Sake, which possesses its own strong umami taste. Together, the sake and cheese would create an umami bomb of savoriness. Highly recommended. 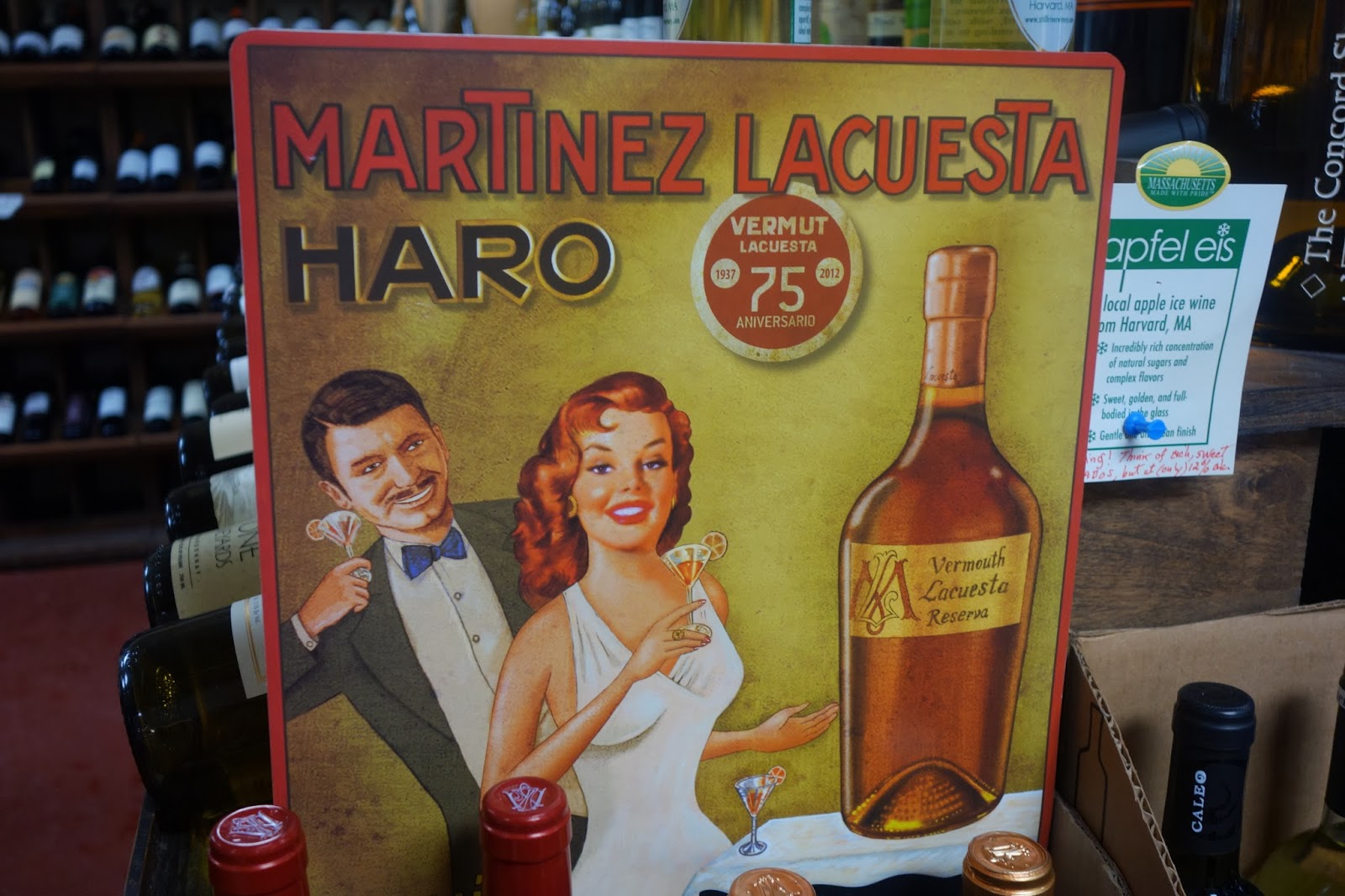 Though not cheese related, I need to mention that the LaCuesta Vermouth Reserve ($19.99) is available at the shop. At the recent Mohegan Sun WineFest, I raved about this Spanish Vermouth, and learned that it has been a hot seller at the shop too. This is an interesting and delicious Vermouth and it is great to know that it is available here.

Go to the shop for the cheese, and pick up some excellent wines too!
Posted by Richard Auffrey at 3:00 AM