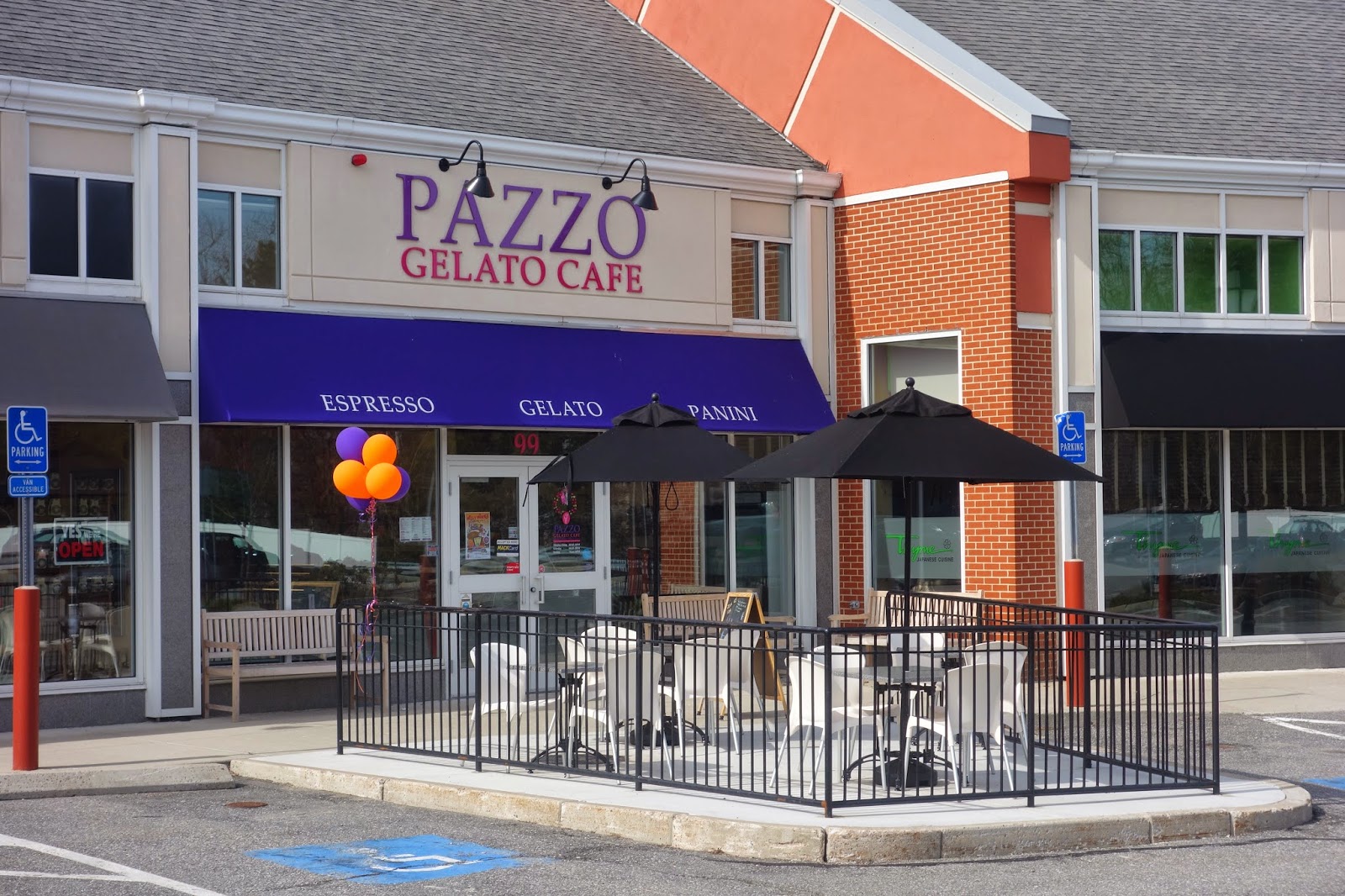 The analogy seemed clear to me. Making gelato and sorbet was similar in a number of respects to wine blending, that same mix of art and science. Such an intriguing process, one that might be underestimated by many people. And a comparison I might not have made if I had not been closely involved in the creation of a new sorbet flavor. As I mentioned recently, I had the opportunity to create a sorbet flavor at Pazzo Gelato Cafe in North Andover during their special Willy Wonka Week. Jim had created a number of special gelato and sorbet flavors for that special week, and had invited a small number of locals to contribute by creating their own flavors. I was one of those lucky few and last Monday, I went into the Cafe and worked with the owner, Jim Demotses, in creating "Tipsy Sensei," a sorbet blend of Ty Ku Coconut Sake, Yuzu and Coconut. The Ty Ku is a Junmai Nigori Sake that has been infused with Coconut.

When I learned that I could design a flavor, I knew that it had to involve Sake in some way. It seemed obvious that a Nigori Sake might work best, as they often can be sweeter and sometimes can possess tropical fruit flavors which would work well in this situation. And as I shopped for a Nigori, the Ty Ku Coconut stood out as a good choice for this endeavor. And I think coconut and yuzu make a good pairing, so I was excited to taste the results. 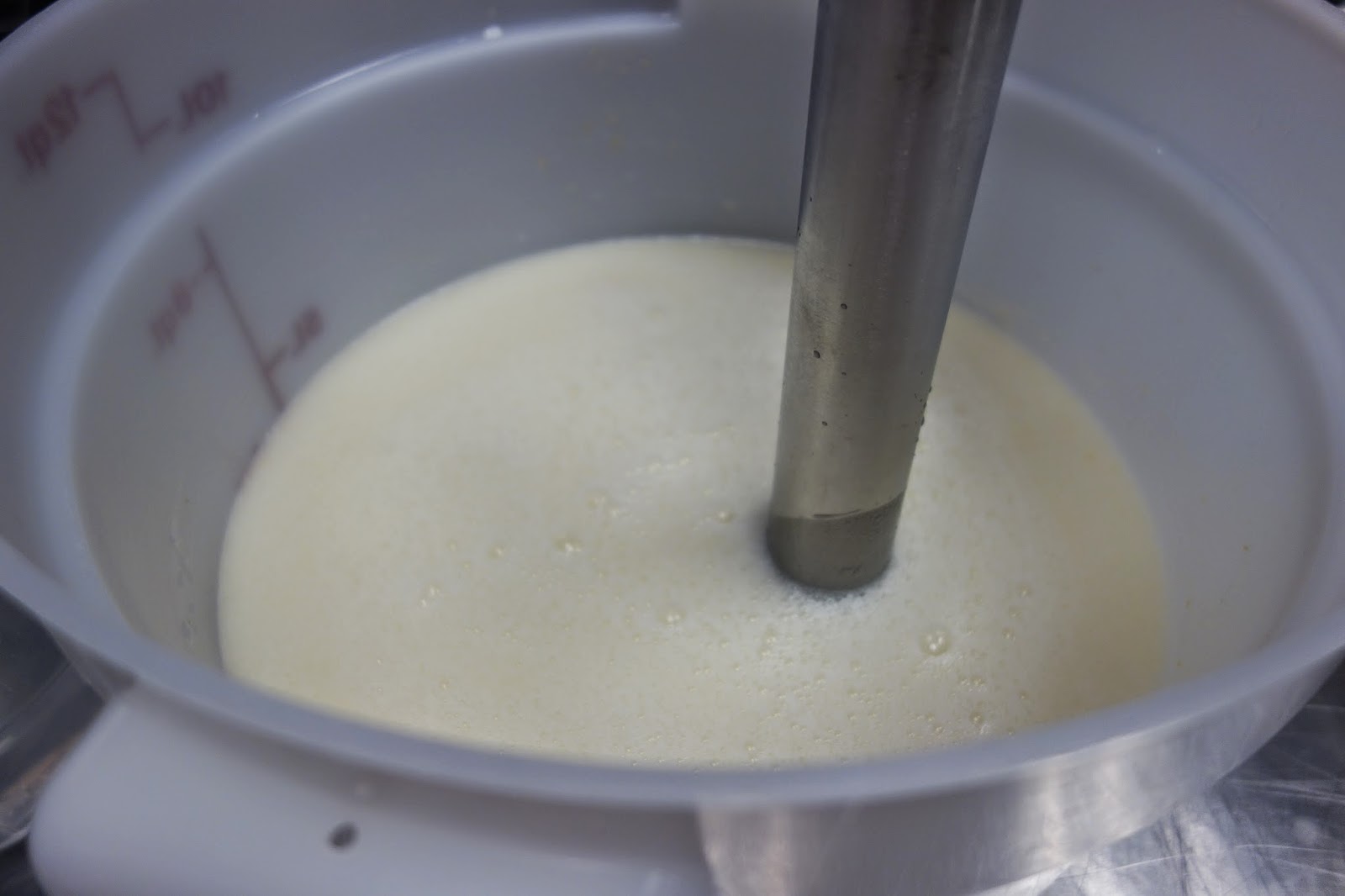 As we worked on creating this flavor, I got to witness Jim's production process, including the initial calculations and preparations. Initially, Jim performs a series of calculations, determining the amounts and proportions of the various ingredients. Though there is plenty of science involved in those calculations, there is also an element of art, such as trying to determine how to balance certain flavors. For the Tipsy Sensei sorbet, should you use more coconut or yuzu? Which fruit possessed the stronger flavor? You can make gelato or sorbet with almost any type of flavors, especially any fruit, but combining different flavors is an art form, trying to create a harmonious and delicious blend. In addition, science wise, how would you handle the alcohol content of the Sake?

Once the calculations were completed, then we blended the various ingredients, measuring each amount upon a scale. This doesn't have to be an exact match as you might need for baking. There is room for error here, and you can make adjustments as necessary. We taste tested the liquid mix at a few points, and at the end, the mixture seemed to be exactly what we wanted, a balanced mix of coconut and yuzu, kind of a Pina Colada flavor, but with the unique citrus taste of the yuzu. It seemed creamy and lush, and I was eager for the final product. 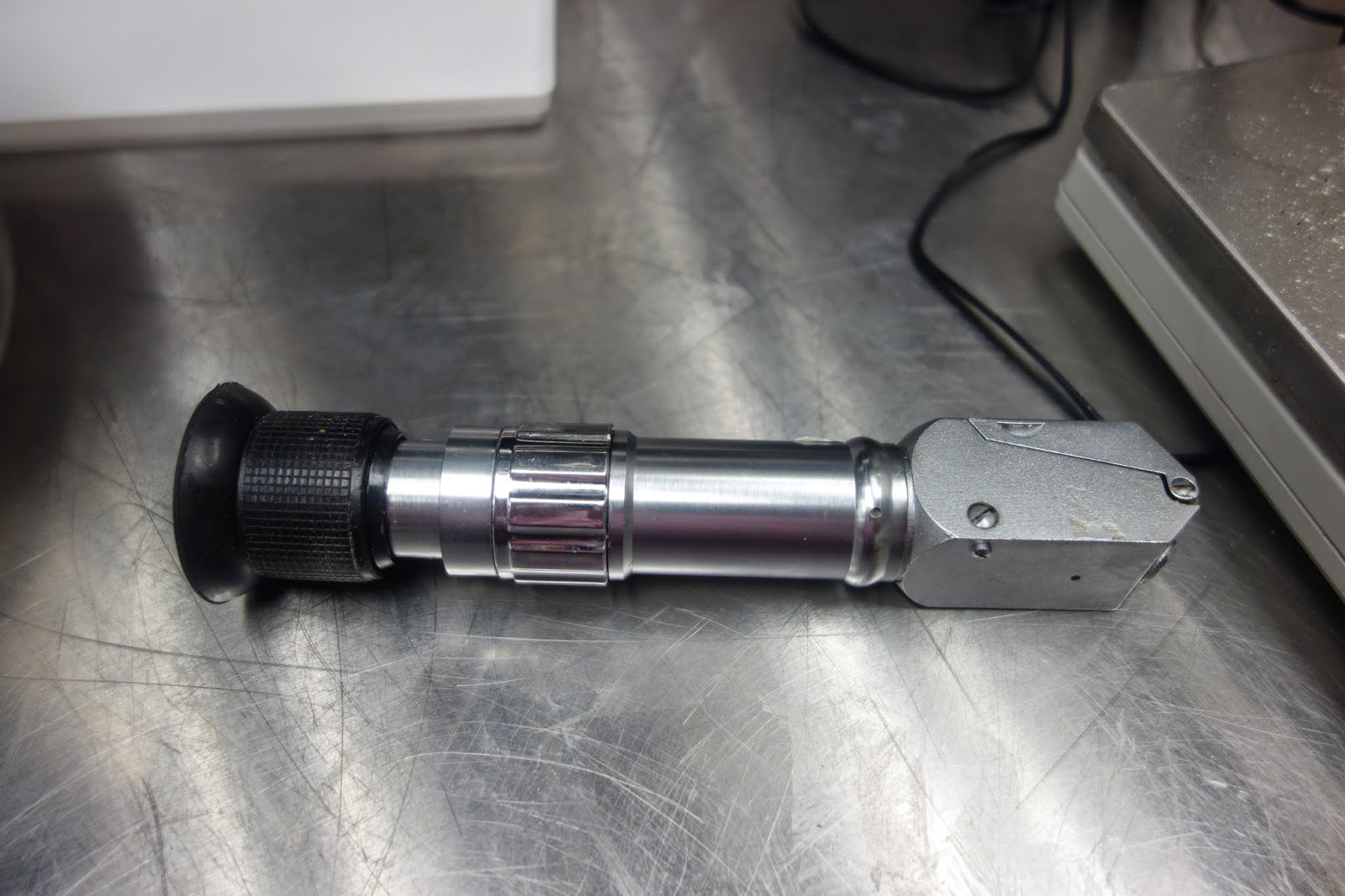 Though it kind of resembles a light saber, this is actually a refractometer, an important tool which measures sugar density. You need specific densities for gelato and sorbet, and your liquid mixture needs to be examined to ensure it reaches these objectives. With the refractometer, you place a little bit of the liquid on a plate, and then look through the lens toward the light. You will then see a little measuring line, which notes the varying percentages. If it is not the percentage you need, you simply adjust the liquid mixture, such as by adding more fruit puree or water, until it is correct. 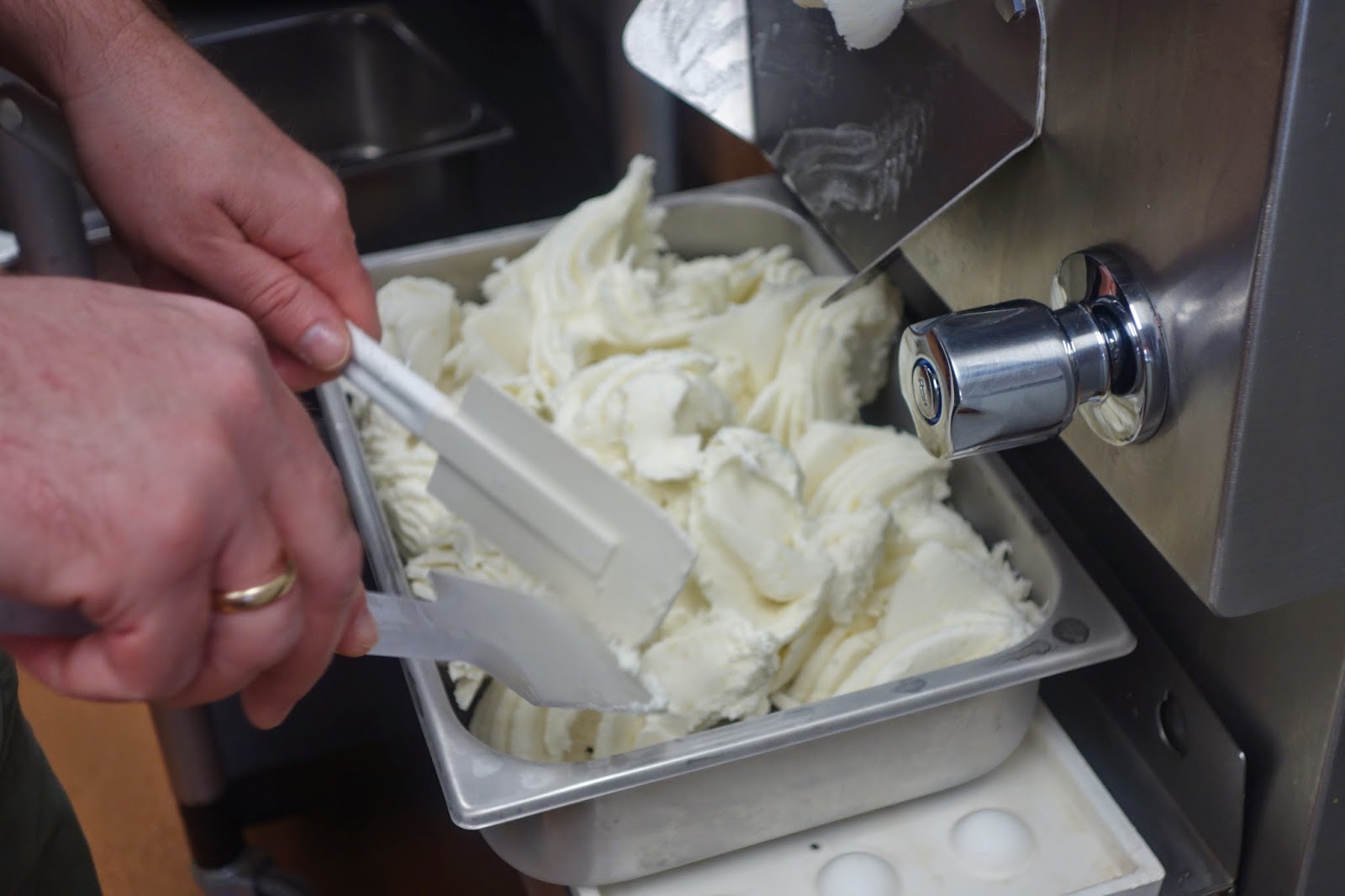 Once the liquid is ready, it is then poured into the freezer unit, where it will sit for around 10 minutes or so. You then remove it and you have your gelato or sorbet. It might then be placed into a refrigerator for a short time, which can help stabilize and harden.

We tasted the finished sorbet, and I realized more about the art of blending. The sorbet had a prominent yuzu flavor, with only a mild background of coconut. It tasted good, and I enjoyed it, but was not exactly what I had envisioned, and not exactly what it had tasted like as a liquid. I wanted a more balanced mix of coconut and yuzu, with neither flavor predominating. During the process of freezing, the flavor balance had altered.

So, in making it again, the proportions of coconut and yuzu would need to be adjusted, which is an easy change. This helps to show that experimentation with flavor combinations is necessary in flavor creation, to see what works and doesn't work. The Sake worked well in the sorbet and would make an excellent ingredient for other flavors of gelato and sorbet too. Kudos to Jim for allowing me this opportunity and sparking my inspiration.
Posted by Richard Auffrey at 9:19 AM