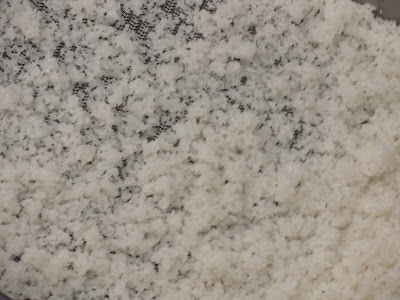 1) It is the Cabernet Sauvignon of Sake rice, considered the King of Sake rice. And Nippon presents the reasons why it is so popular in the article,. "Yamadanishiki Reigns Supreme Among Sake-Brewing Rice Varieties." The article begins with a short explanation of the role of rice in Sake production, noting some of the reasons why Yamandanishiki is such a favored rice, from its large kernels to its prominent shinpaku. Yamandanishiki, a crossbreed, was created in 1923 in the Hyōgo Prefecture, and most of that rice, about 71%, is still grown there. In recent National Sake Tasting Competitions, over 80% of the entries were made from Yamandanishiki.  Check out this article and learn more about this famed Sake rice.

2) Sake labels can be daunting as many Americans can't read kanji. However, The Japan Times recently reported that METI plans bilingual app that scans sake labels, The Ministry of Economy, Trade and Industry is developing a smartphone app which will scan Sake label and provide a wealth of info about that bottle. The initial release of the app will be in October and is should be free. Initially, it will only cover about 10 brands, making it of limited use, but it will expand over time, starting around April 2016. The goal is to provide info for over 1000 brands, but that is probably around a couple years away. This could be a valuable app but it will rake time before it is truly beneficial.

3) Italian Sake?The Asahi Shimbun is reporting about Tiny Japanese brewery links up with Italian town to make unique sake. Shintani Shuzo, said to be Japan's smallest Sake brewery, is collaborating with the Italian city of Biella, in the Piedmont. The brewery is using rice from Biella to make a special Sake, called  Il Sake. This Italian rice is not too conducive to Sake brewing as koji has difficulty penetrating into the rice kernel. However, the Sake is supposed to be easy to drink, something to drink casually at room temperature. It is an intriguing experiment, and could lead to more collaborations, with other countries, in the future.

4) Sake brewing is traditionally a male-dominated profession though that is starting to change. Saveur recently highighted three of Japan's Female Sake Brewers, including  Miho Imada of Imada Brewery, Yoshiko Sato of Kaetsu Brewery, and Miho Fujita of Mioya Brewery. There are only about 20 female Toji,  master brewers, in Japan and it is great to see Saveur showcasing some of the achievements of women in the Sake industry. Check out the brief info about each of these three women, and I'll note that some of the Sakes they produce are available in the U.S. so you can support these women by buying andd enjoying their Sake.

5) I just want to highlight two of my own recent Sake posts, which both deal with the same subject. In Rant: The Legal Protection of Sake, I discuss Japan's plans to try to garner legal protection for "Japanese Sake." The plans are still tentative and I offer some of my own suggestions. In Protecting Japanese Sake & Rice, I offer a theory as to why Japan is only now moving to try to protect Japanese Sake. It might not be a fear of foreign breweries but more a fear of foreign rice, which could become very cheap if a new international trade treaty comes to pass.
Posted by Richard Auffrey at 10:12 AM