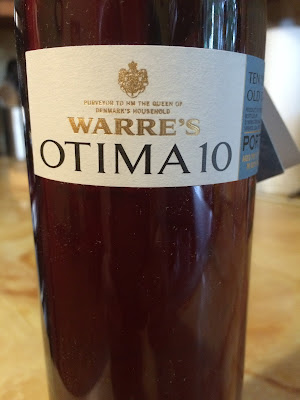 Sipping Port during the summer? It might sound crazy as many imagine that a glass of Port is most appropriate on a chilly autumn or cold winter night. However, because of the diversity of Port, there are some which do very well in the summer. For example, White Ports are commonly drunk in Portugal, mixed with tonic and ice, making for a refreshing summer libation. Rosé Port is also a lighter category of Port, and with a bit of a chill, it too will make for a pleasant summer drink. In addition, Port can be used in numerous summery cocktails.

Expand your palate and embrace Port year round.

The Warre's 10 Year Otima Tawny Port ($30) is another good choice for year round drinking, including during the summer. It is a lighter, elegant Port which can be served chilled. The company which eventually became known as Warre's originated in 1670, with the first Warre joining the firm in 1729. By the end of the eighteenth century, Warre's was one of the leading exporters of Port wine. They make a full line of Ports and in 1999, they introduced the Otima line, including a 10 Year and 20 Year Old Tawny.

The concept behind Otima was to make a more accessible Port, including the packaging. It is presented in a clear bottle with a minimal label, so that it almost resembles a still wine. Most Ports are bottled in opaque containers. Otima is meant to entice new people to try Port, to get away from the stodgy reputation that Port has with some people. It is also presented as a year-round option, which can be served slightly chilled in warmer weather. The wine, as indicated by its label, has been aged for ten years in used oak casks.

This Port has an alluring aroma, dried fruits and honey, red fruit and citrus, giving clues to the complexity you will find in this Port. On the palate, that complexity comes out in its harmonious melange of flavors, fulfilling the promise of the aroma. It is silky and seductive, with bright fruit complemented by more subtle notes of dried fruits, nuts, caramel, honey and more. It has a lighter body than many other Ports and lightly chilled, it is a nice summer choice. It is  simply delicious and highly recommended.
Posted by Richard Auffrey at 9:01 AM