The Origins & History of Sake (Part 1) 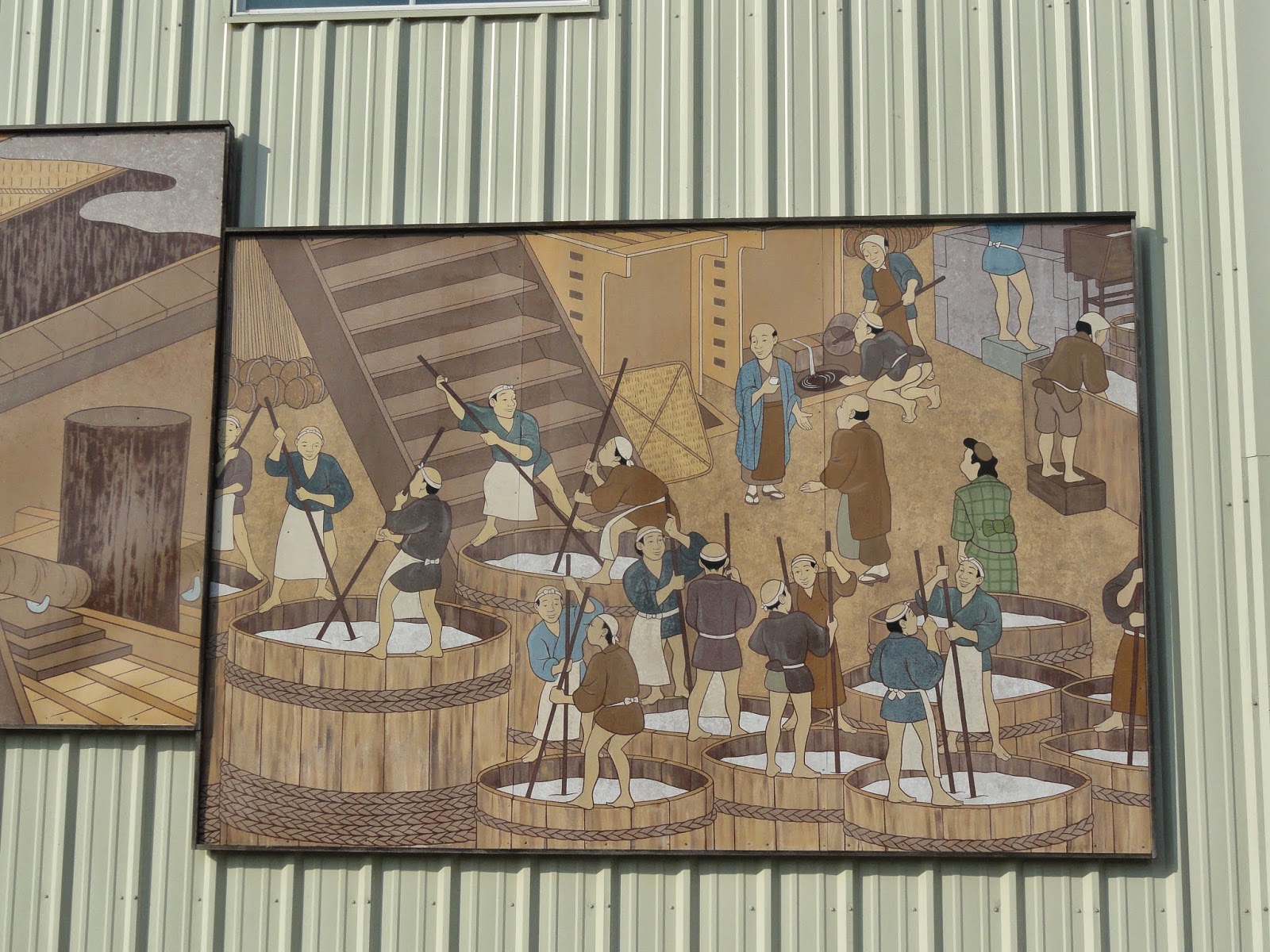 Pour yourself an ochoko of Sake, and get ready to delve into the past, to seek out the Nihonshu no kigen, the origin of Sake. The history of Sake is a fascinating tale and I’m sure there will be plenty that will delight and surprise you. However, we need to begin with a caveat, that this history is far from settled, and much is still unknown. We can only speculate at points, using the best evidence we possess.

In addition, some of the sources concerning Sake history are only in Japanese and haven’t yet been translated into English. As such, my own researches are limited as I cannot read Japanese and online translation programs are insufficient for my purposes, especially in translating books which are not online. Please also be advised that this is a work in progress and I will be updated, revising and expanding this article as my researches continue. 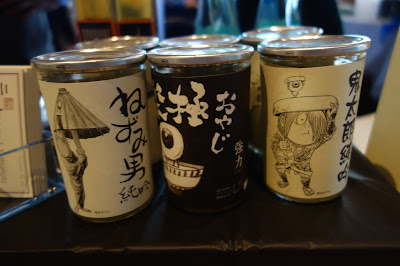 Archaeological evidence appears to indicate that Sake originated in China during the Neolithic period, at least as far back as 4800 B.C. That would mean that Sake is approximately 7000 years old. When did Sake come to Japan? That is an unsettled question and there is even the possibility that Japan invented Sake independently of China.

In Japan, pottery shards from the Jomon Period (c. 12,000 B.C. — c. 300 B.C.) bear evidence of alcoholic fermentation, though probably involving fruit. That makes sense as it's believed that rice farming in Japan didn’t originate until the early Yayoi Period (400/300 B.C.-250AD). Sake brewing likely wouldn’t have been conducted prior to that time, unless they were importing rice from other countries.

Thus, the presence of Sake in Japan might have begun about 2000 or so years ago. As Japan borrowed a number of elements from China, it seems likely they also learned of Sake brewing through them, though there is another theory that Koreans may have transmitted information on Sake brewing to the Japanese. More about that theory later.

The earliest versions of Sake were more like food than drink. It was commonly a gruel-like substance, with a low alcohol content, and which was even eaten with chopstick-like utensils rather than drank. It was also, at least initially, consumed more for its nutritional value rather than the alcohol.

There is indication that some early farmers, possibly originating with the Ainu people, may have produced Sake by chewing rice and then spitting it into a bucket where natural, airborne yeasts would ferment it into alcohol. This was called Kuchikami no Sake (“chewing in the mouth Sake”). The enzymes in the spit would break down the starch molecules in the rice into sugars. There is also a legend of Bijinshu, ("beautiful women Sake”), where only virgins were allowed to chew the rice for that Sake.

Some question whether Kuchikami no Sake actually occurred or not. An old term for the act of brewing Sake is kamosu (which translates as “brew”), but the term is derived from the word kamisu (meaning “to chew”). That may be some evidence for the existence of Kuchikami no Sake. In addition, there is allegedly some documentary proof of Kuchikami no Sake in the Osumi no Kuni Fudoki (created in the early 8th century) and the Akichojitsuroku ("Seasonal Court Practical Record" from 1479 AD). 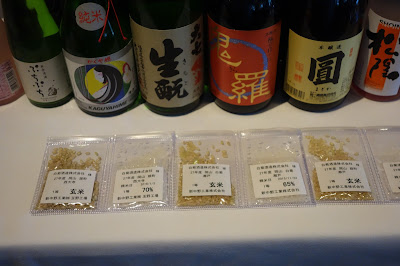 The first written reference, from a foreign country, concerning the Japanese was in a Chinese work, Sanguozhi, "The Records of the Three Kingdoms," that was published in the third century. The book is an official and authoritative historical work, covering the history of the later Eastern Han dynasty (c. 184–220 AD) and the Three Kingdoms period (220–280 AD). It is said to have been written by Chen Shou, a governmental scribe and secretary, and contains 65 volumes, broken down into three main books including the Book of Wei, Book of Shu, and Book of Wu.

Volume 30 of the Book of Wei is known as Gishiwajinden, “An Account of the Wa,” where Wa refers to the country of Japan. Some Chinese envoys traveled to Wa and described their experiences. They visited the kingdom of Yamataikoku, which was ruled by Queen Himiko, however the exact location of this kingdom is still unknown and much debated. There is also a reference that the Queen sent an envoy back to China. Queen Himiko, who was also a shaman, became ruler after a lengthy time of war and chaos.

Within the Gishiwajinden, you’ll find only a couple brief references to Sake though they seem to indicate that the Japanese were heavy drinkers. One of the main references notes Japanese drinking during a funerary celebration, “While the chief mourner cries aloud, the other people will sing and dance, as well as drink rice wine.” There is another separate reference, that the people of Japan “… love rice wine by nature.”  There isn’t any description of how Sake was produced, but it seemed to indicate that it was at least part of their religious practices. 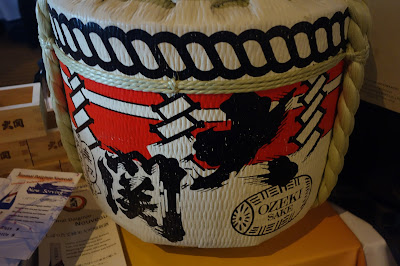 Near the end of the Asuka Period (538-710), Sake brewing would become part of the government, as well as confined to the elite. In 697, Emperor Mommu, aged fifteen, began his reign, which lasted until 707. From the Imperial Palace in Asuka (located in what is now the Nara Prefecture), Mommu established a centralized government and instituted a political system based on the ritsuryō codes. The ritsuryō, intended to reflect the Chinese political system based on Confucianism and Chinese Legalism, covered both criminal and civil law. The beginnings of this system in Japan extend back to the Taika reforms of 645 and various expansions and revisions would occur over the next century.

Since the Imperial Court and the nobles frequently held banquets, this new position was seen as an important post and was only held by high ranked officials. Sake was now brewed only for the Imperial Court and it was prohibited to commoners. It should be noted that all of the various offices were supposed to employ scribes to keep records though practically, they didn’t happen at many of the various offices. Initially, there don’t appear to have been any scribes attached to the Office of Sake Brewing, but eventually, maybe a hundred years later or so, they acquired the services of four scribes for record-keeping.

By 701, the brewing system had become systematized by the Imperial Court and Sake brewing technology progressed dramatically. How did the public handle their prohibition from consuming? The ban could not be strictly enforced and home brewing was common, despite it being illegal.

Richard, I decided it's time to improve my knowledge of the history of sake. I found several posts with some useful information, but yours are by far the best. So much detailed information and translations. Thank you very much for sharing this!

Hi Jeff, and thanks very much for your kind comments. I hope to continue adding more to that series.