A "Secret" Restaurant Within Classic Pizza 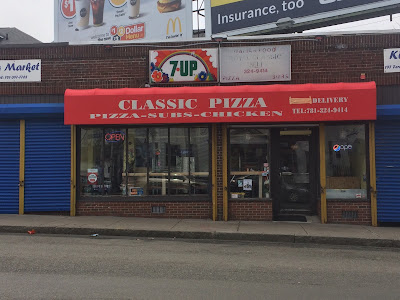 From the outside, Classic Pizza, on Ferry Street in Malden, looks like a typical pizza joint, nothing to differentiate it from many similar places. Like me, you might drive by it dozens of times without paying any attention to it. However, a couple friends of mine, Kathryn and Matt, recently recommended this spot to me, telling me something that makes this place more unique. They also serve Indian cuisine! 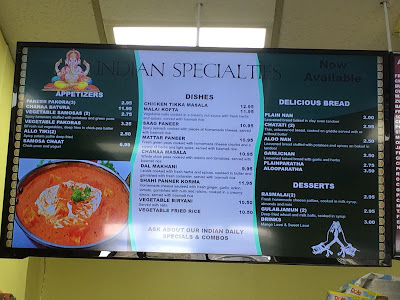 Classic Pizza serves much of the usual fare, pizza and subs, pasta and seafood, chicken fingers to wraps. However, they also have a small menu of Indian cuisine, much of it vegetarian. The new owners of the restaurant wanted to do something to make their place different and they chose to add some Indian specialties. The items are made fresh so they need to keep the menu relatively small, unlike some restaurants with huge menus that need to use frozen sauces and such. You'll find Paneer Pakora, Aloo Tikki, Chanaa Masala, Vegetable Biryani, Naan, and more. Kathryn and Matt raved about the taste of this Indian cuisine so I had to visit the restaurant myself, to sample the food.

Yesterday, as I had other business in Malden, I decided to stop by Classic Pizza to grab some lunch. 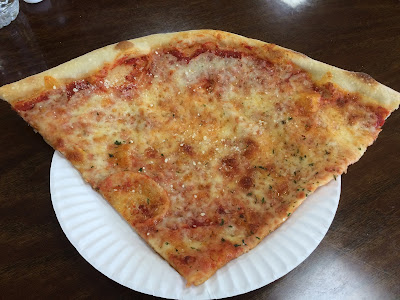 I had to start with a slice of pizza, and they give you quite a large slice, about the size of two slices in many other pizza joints. It has a nice thin crust and a good taste. If you just want a big slice of pizza, this is a good option. It's the Indian cuisine though which is the standout. 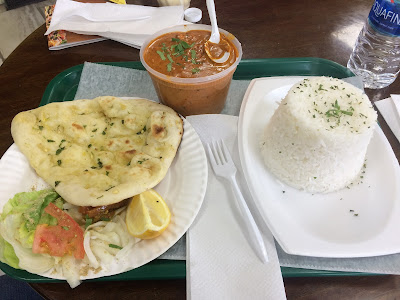 I opted for the Chicken Tikka Masala ($12.95), which is accompanied by rice and a little salad. As I love the various Indian breads, I also ordered the Garlic Naan ($2.50). They asked what spice level I wanted for the Chicken and I chose the Medium spice. This dish is prepared fresh so it takes a short time to be readied, and is well worth the short wait. 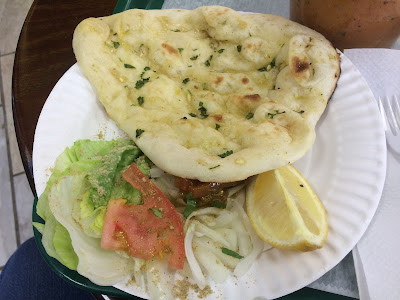 The Garlic Naan, served hot, was delicious, with a nice soft texture, and plenty of garlic. Perfect for dipping into the sauce, and I ordered a second garlic naan because it was so tasty. 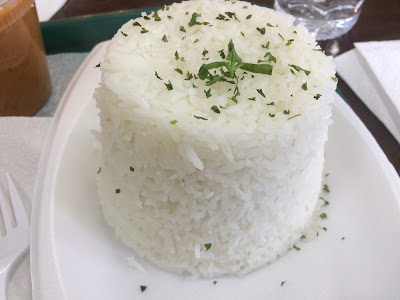 A tall tower of rice, cooked perfectly, and an excellent bed for the chicken and sauce. 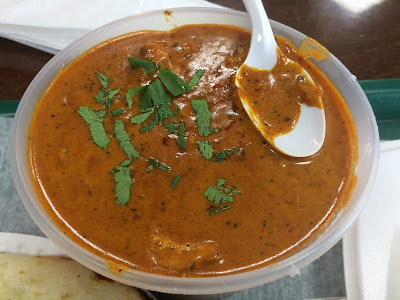 The Chicken Tikka Masala possessed an excellent depth of flavor, complex and absolutely delicious. Savory and spicy, it brought a delightful, but not overpowering, burn to my mouth. The chicken pieces were tender and there were plenty of them within the sauce. I didn't finish all of the sauce, but got it to go so I can use it later at home. A high quality dish, it earns my strong recommendation.

I'll certainly be returning to Classic Pizza soon, to try more of the Indian cuisine. This restaurant deserves more attention, and maybe they should highlight their Indian cuisine on the front of the restaurant, to motivate more people to stop by. For now, it remains more of a secret, though I'm letting the cat out of the bag.
Posted by Richard Auffrey at 9:11 AM