Rant: Get Your Nose Out Of A Glass! 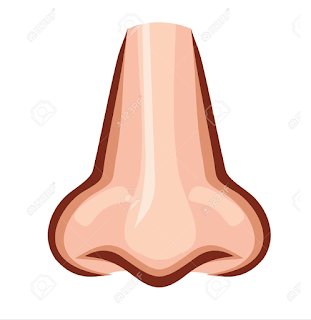 It's a photo that has become so overused that it has crossed over to the cliché. Sometimes it seems that everyone involved in the wine industry has taken such a photo, and many still use it as a primary photo for their websites or social media. I've certainly taken such a photo in the past. However, maybe now is the time to retire this photo, to try to find new ways to depict one's passion for wine.

I'm referring to those pictures where a wine person has their nose deep into a wine glass. They're everywhere! It's almost as if it is a prerequisite for someone in the wine industry, to take such a photo and show it to everyone. I've grown so tired of seeing this trite photo, wishing people would be more creative and come up with a different way of showing their love for wine. Wine writers can come up with hundreds of words to describe wine, so why do they get stuck on the same clichéd photo?

What does this photo actually represent? In some respects, it is indicative of one's wine knowledge, of someone who just doesn't drink their wine. They take the time to learn more about it, to assess its aromas before putting the wine to their lips. A photo of you drinking a glass of wine doesn't indicate that same level of knowledge. Anyone can just drink a glass of wine, but it's the people with some knowledge of wine who take the time to sniff the glass first.

However, it can also be seen as a sign of being a wine snob, someone who can't just enjoy a wine but must first dissect it. I've seen plenty of people make fun of wine professionals for swirling and sniffing their wine glass. So, when an everyday person sees such a photo, they don't always have a positive reaction to it. It can seem snooty to them.

Let's see more creativity in wine photos. Let us showcase different aspects of the wine world, and not just the same old one all the time. Get your nose out of a wine glass and show us something else, something interesting and new.