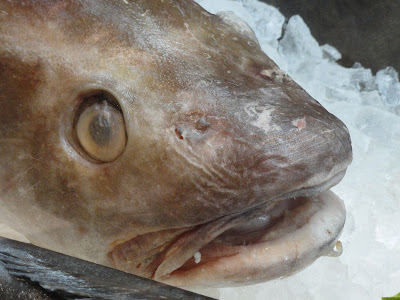 At the International Boston Seafood Show, one of the seminars discussed how seafood is expensive, and is often considered a luxury by consumers. When general grocery prices rise, consumers often will purchase less seafood, considering it an easy sacrifice. It is mainly during some holidays where consumers may be willing to splurge on expensive seafood. But, consumers have some misconceptions in this area, and should view seafood more as a necessity rather than a luxury.

It bears repeating that seafood has significant health benefits. One of the most important benefits is that fish contains Omega-3s, fatty acids, which have been proven to significantly reduce the risk of cardiovascular death. In fact, this is the only dietary factor where there is clear proof that it can reduce cardio-related deaths. Though seafood has plenty of other health benefits, the Omega-3s are reason alone to make fish a necessity in your diet. It may very well save your life.

There are also ways to find better values in seafood, though it might also take a bit more effort on your part. First, seek out local seafood as it often can be less expensive than imported seafood. Go to some of the local fish markets in the fishing communities such as Gloucester or New Bedford. Second, buy seasonal seafood as it is usually less expensive because it is more abundant in season. If you buy fish out of season, the price may have a premium added to it. Third, check out some of the less popular fish species, which may be cheaper because there is less demand for it. Try wild drum fish, snook, or cobia rather than tuna and cod. These offbeat fish can still be quite tasty and it helps you expand your palate as well.

If you purchase a fish whole, you can also save money than if you just bought fillets. But, you really only gain savings if you know how to properly cut and slice up a whole fish. That does take some skill but you can find some good books to help you in that regard, or try taking a cooking class on fish preparation. If you are clueless, then buying a whole fish won't end up being less expensive. You will also need to use all of the whole fish, from head to bones, to extend the value of the fish. Take the time to learn these skills and your seafood will be much cheaper.

Finally, consider eating smaller portions of fish, rather than a large fillet or steak at one sitting. Even if the seafood is expensive, just manage your portion size so it becomes more affordable. The health benefits far outweigh the financial cost so you need to find ways to eat more fish.

Stop bitching about the prices and eat some fish!
Posted by Richard Auffrey at 4:00 AM

Also, I eat a lot of canned sardines/herring/trout, look for fish on sale, and there are fish CSA's.

And, you can in fact purchase the whole fish, have them weigh it for you to get the price, and then have them filet it for you there if you are nervous about it don't know what to do (or in my case, sometimes just lazy) – sometimes I do this and ask for them to put the bones, head in a separate bag so I can take this home as well for stock...