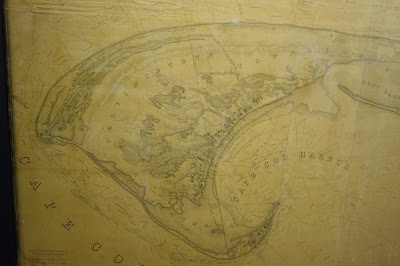 When you think of Provincetown, the furthermost town on Cape Cod, what first comes to mind? Asking this question online, I received a wide array of responses, clearly indicating that there is no single view of Provincetown. However, unless you have traveled there recently, your thoughts about this Cape Cod town may not be accurate or complete. You might not realize all that Provincetown has to offer, and that it is a destination that will appeal to a broad range of people, young and old, married and single, straight and gay. If you have not visited recently, then it is worth considering as a destination for your next vacation. 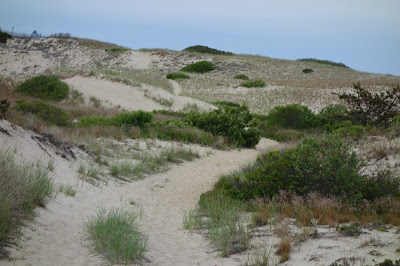 I was the teenager the last time I visited Provincetown, and maybe the most prominent of my memories was of touring the dunes. Touring them again brought back pleasant memories. Since my last visit, so many years ago, the town has changed in many ways, yet in other respects it has remained the same. It is still a town with its feet firmly set in its historical beginnings yet which also is progressive and modern. In many aspects, it is a quintessential New England port, with quaint inns and shops, a bustling waterfront, the smell of fried seafood. salt water taffy and sun burnt fishermen and sailors.

Earlier this month, I was invited by the Provincetown Tourism Office to participate in a Media Familiarization Tour. This four day, three night trip was intended to provide us a sampling of what Provincetown has to offer tourists. My fellow writers included: Rebecca Caro, Lukas CorVatta, Sophia Dembling, Eric Jansen, Thomas Routzong and Steven Skelley. Overall, it was a fun and interesting exploration of Provincetown, making me desirous of a return trip, like maybe during the Food & Wine Festival in October. 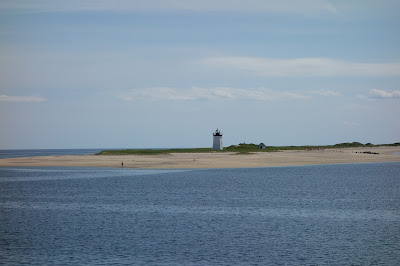 "Fluctuation is the dominant characteristic of Provincetown history: fluctuation as regards both land and those who settled upon it."
--Agnes Edwards, Cape Cod: New and Old

Some of the first inhabitants of Cape Cod and the Provincetown region were the Nauset, a Native American people, who bore some similarities to the neighboring Wampanoag peoples. They spoke a dialect of the Algonquian language, and they referred to the Provincetown region by two different names: meeshaum and chequocket. Meeshaum might be related to the word mushauwomuk, which means “where there is going-by-boat” while chequocket is related to chauquaquock, which means “Englishman.” The later term obviously came to be used after the Nauset's first encounters with Europeans.

Potentially the first Europeans to visit Provincetown were the Norse, and there is a theory that Thorwald Eriksson, brother to the more famous Leif Erikkson, came to Provincetown around 1004. In 1853, during an excavation, remnants of a wall were found in Provincetown and it was thought to be connected to Thorwald, possibly ballast stones from his ship. During the 1500s, a few different explorers passed by Cape Cod, some who might have stopped in the Provincetown area. It would not be until the early 1600s that the Provincetown region would get major attention. 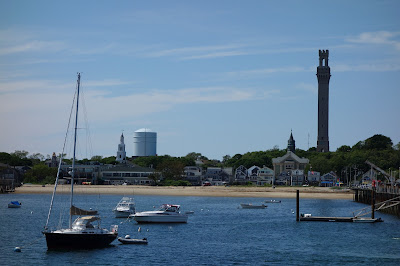 In 1602, an English explorer, Bartholomew Gosnold investigated and mapped the Cape region, giving it the name Cape Cod, due to the great abundance of cod in its waters. In the following year, another English explorer, Martin Pring, sailed into the bay near Provincetown and called it Whitson's Bay for John Whitson, his benefactor and the mayor of Bristol, England. In 1616, Captain John Smith, of Jamestown fame, created a map of Cape Cod, calling the Provincetown area Milford Haven, after a harbor in Wales from which Martin Pring sailed.

Before the Pilgrims landed in Plymouth, they first stopped at Provincetown. In fact, on November 11, 1620, while anchored in Provincetown Harbor, they signed the Mayflower Compact, a charter establishing their government for the new lands they had found. This is a vital document in U.S. history, and helped pave for the way for the Declaration of Independence and Constitution. After signing the document, the Pilgrims landed in Provincetown, and spent about five weeks exploring the land. 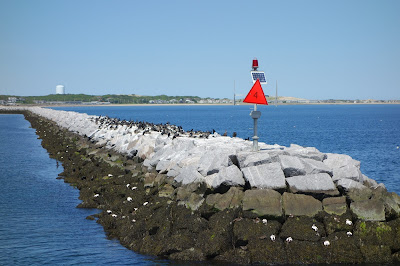 Many of the Pilgrims considered the area to be too desolate, and not conducive to the needs of a permanent settlement. They encountered the Nauset, whose previous experiences with Europeans were usually negative, and the Pilgrim's encounters did not go well. In addition, the Pilgrims stole corn from Nauset graves, which further aggravated relations. So, the Pilgrims eventually moved on and traveled to Plymouth though their legacy in Provincetown has not diminished. Check out this brochure for information on the Pilgrim related sites that you can visit while in Provincetown.

The Provincetown region eventually became popular with fishermen because of the abundance of seafood available offshore. On June 14, 1727, it was incorporated as a town called Provinctown, though the residents actually wanted to call it Herrington. The name Provincetown came from a provision in its charter referring to the Province of Massachusetts. After the Revolutionary War, the town saw a population boom of fishermen, whalers and Portuguese sailors. The next two hundred years would see many changes come to Provincetown, a rich and diverse history which is well worth investigating. If you love history, then visiting Provincetown would help cater to that interest. 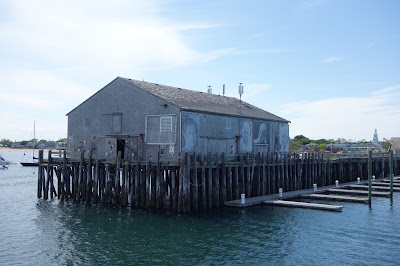 "It is here that we find the quintessence of the seafaring atmosphere, for although the inhabitants no longer depend exclusively upon the ocean to bring them their means of livelihood, yet in a place so completely surrounded by water, peculiar and charming customs become an integral part of the daily life."
--Agnes Edwards, Cape Cod: New and Old

Today, Provincetown is nearly 4 miles long and more than 2 miles wide, occupying about 8.35 square miles of land. It is roughly divided into the West and East Ends, with the Fisherman’s Wharf acting as the dividing line between the two sections. The West End was once considered mainly the Portuguese section while the East End was more for the wealthy as well as tourists and artists. Those divisions have largely been erased, though it should be noted that high real estate costs are still a problem. Fortunately, efforts are being made to construct more affordable housing.

There are two main streets in Provincetown, which roughly parallel each other, called Commercial Street and Bradford Street, though they were once known as Front Street and Back Street. The name change essentially occurred when the town's industry changed from an emphasis on the sea to an emphasis on tourism. The average year round population is now only about 3500, down from a high of 4642 back in 1890. However, with the seasonal influx of tourism, the island's population can rise up to 100,000 or more. Tourism provides a huge economic benefit to Provincetown. 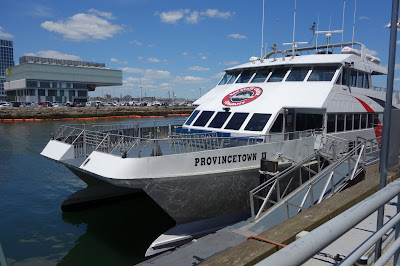 How should you travel to Provincetown? You have several choices, including car, bus, ferry and airplane. As Provincetown is located roughly 115 miles from Boston, that should mean a car ride will take a little over two hours, unless you encounter the infamous Cape Cod traffic. If that happens, the length of your journey could at least double. And once you reach Provincetown, you will find you rarely, if ever, need to use your car while you are there.

A better option, which I used to reach Provincetown, is the ferry and there are a couple ferry companies in Boston which you can use. I went through the Bay State Cruise Company, located on Seaport Boulevard next to the World Trade Center. They run several ferries each day and I recommend that you make a reservation rather than just show up to buy a ticket. Try to get someone to drop you off at the ferry as overnight parking in the area can be expensive. An adult round trip ferry ticket costs $85 and the trip itself only takes about 90 minutes. There is a small galley on board where you can buy food and drink. 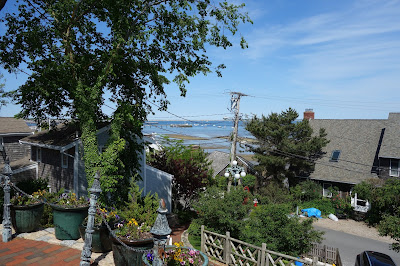 "One may get a glimpse of Provincetown in an hour; a day is better; a week is better still; and a summer is none too much."
--Agnes Edwards, Cape Cod: New and Old

My ferry ride to Provincetown was very pleasant, especially as the weather was beautiful that day. It certainly beats sitting in my car in traffic trying to get over the Sagamore bridge. As it was such a clear day, it was pleasant to watch the approach to Provincetown as you curve around its hook and come into the harbor. Unfortunately, my ferry ride back to Boston did not go as well. There were rough seas, and let us just say that it was quite rough on the stomachs of many of the passengers. You might want to carry some Dramamine just in case you encounter rough seas.

Once landing in Provincetown, I took a Ptown Pedicab to the Land's End Inn, allowing me an opportunity to check out the town as the pedicab pedaled down the streets. My driver was from Lithuania, and I would later learn that many Eastern Europeans come to work in Provincetown during the summer. This was actually my driver's first day operating a pedicab and he had been in Provincetown for only about three weeks. You can walk to most places in Provincetown, though sometimes you might want a pedicab or taxi. 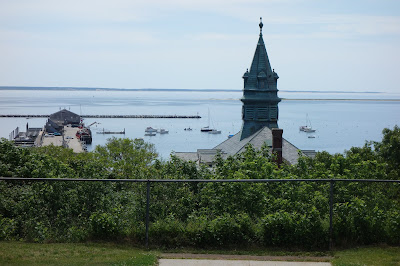 Another fantastic post Richard! Obviously as a masculine gay man, Provincetown has very little to offer or interest me. But seeing this natural beauty through your lens does awaken some desire to go, perhaps off season.

I assume your second line is meant to be a jest. :)

Yes, Provincetown has much to offer gay men, and I actually plan on discussing that a bit later in this series. However, it would be a big mistake if people made the assumption that it is only a gay destination. It is truly a great travel destination for all sorts of people.

Richard - not at all jesting. P-Town has much to offer the 'scene' types. The insincere, smiling, airbrushed and preening gay men which are the conventional stereotype one finds in nightclubs. Not much to offer an actual man. But it is too easy to dismiss the place as a haven of vapidity - those photographs remind of the natural beauty to be found away from the crowds.

Ah, I stand corrected then. And I really can't comment on your point as that is something I don't know much about.

Gosh, we have all different kinds of gay people in Provincetown. We have all different kinds of straight people too! Now that I think of it, there are even some in-betweens! What I love, after living here for 40 years, is that Provincetown is a welcoming community to everyone. We don't disparage one type over another. We are not only on Commercial Street or in the clubs. We are a thriving community of residents and visitors alike. We are on the beaches and enjoying a meal at each others homes, we are volunteering at the Soup Kitchen and playing with our dogs in the dog park. We are property owners and renters and we are gay, straight, transgendered, from Bulgaria, Jamaica and even far off countries like Texas. Yes, and there are plenty of masculine males and feminine females. The point is Provincetown is for everyone.

Nice Thanks for sharing.....
Provincetown ferry ride was awesome. Everyone should be visit.You can take visit form Boston to Provincetown Ferry