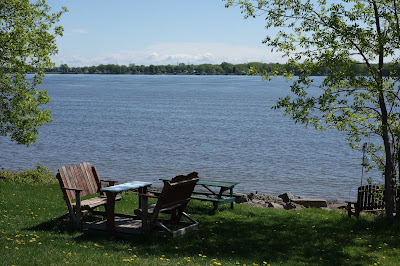 Exploring emerging wine regions is always a fascinating endeavor even if their wines are not readily available outside of that region. It is an educational experience that can reflect the realities faced by many other emerging regions. It is also fascinating to witness the early growth of a wine region, to be one of the first to see their potential. During TasteCamp, our three-day exploration of the wines, beer and food of Quebec, we encountered one of these emerging regions, which has an approximately thirty year history, and an even shorter history with vinifera grapes. 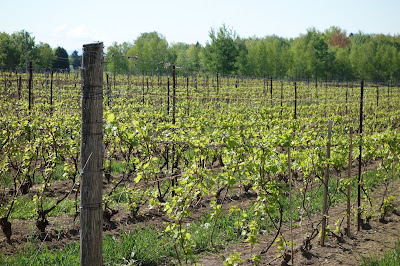 Quebec's first winery, established in 1981, was Côtes d’Ardoise and it is still in existence. In 1982, the L’Orpailleur vineyard and winery was founded by four men, two from France and two from Quebec. These men purchased a 20-hectare farm not far from Côtes d’Ardoise and their winery is now the largest in Quebec, producing over 160,000 bottles of wine annually. Currently, there are over 100 wineries in Quebec, though there appears to be some contradictory information online, with a few sources claiming that there are only around 50 or so wineries. Nonetheless, Quebec has a small wine industry which continues to grow each year. 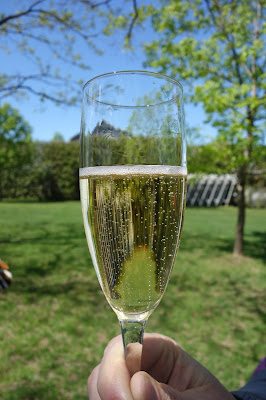 One of the biggest challenges facing Quebec wineries is the cold weather. It makes it difficult to grow vinifera grapes, and the frost can decimate much of your vineyard. If you lose 50% of your crop or more in a given year, that certainly makes it more difficult to turn a profit. That risk tends to lead to higher prices for vinifera wines, which can make them less of a value. Hybrid grapes, which can be much hardier, generally grow better in this climate yet some feel they don't possess a sufficient cachet, and won't put Quebec on a competitive level with the rest of the world. There is some validity to that argument as a significant number of wine lovers seem to have a prejudice against wines made from hybrid grapes. They shouldn't possess that prejudice, but we cannot deny it exists. If vinifera grapes don't grow well though, what should the wineries do? 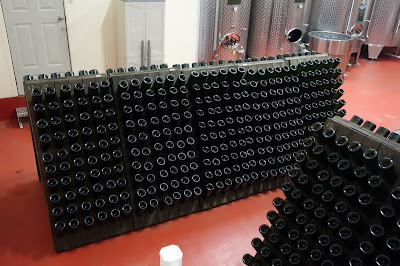 This division of opinion as to what grapes should be planted in Quebec seems to extend to a greater division over many other issues. There are two winery organizations in Quebec, the older Association des Vignerons du Québec (AVQ) and the newer Vignerons Indépendants du Québec (VIQ). For a small wine industry, to have two such organizations working at cross purposes, may not be beneficial. At TasteCamp, we heard little about these organizations though we did hear about some of the differing opinions of winery owners and winemakers. These organizations should work together to benefit the entire Quebec wine industry, helping its growth. 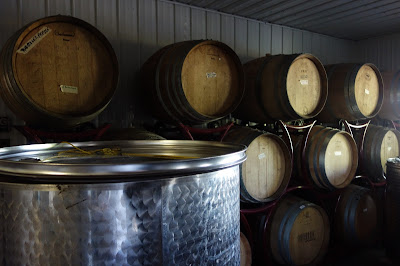 Based on my own tasting experiences with the wines of Quebec, I felt that, in general, the white wines and ice wines were of better quality than the red wines. Some of my favorite wines were also made from hybrid grapes. None of that means they cannot make good red wines in Quebec, but I think it is going to take more time and experimentation to increase the overall quality of the reds. Due to the risks of the weather, price is going to be an important factor, meaning you might not find many value vinifera wines. One finds much passion in the winery owners and wine makers, pioneers who are working hard to produce wine in a less than ideal climate. Improvements in the Quebec wine industry will continue to come. 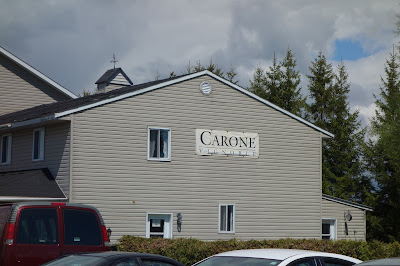 Located along the St. Lawrence River, our first winery visit was to Vignobles Carone, owned by Anthony Carone. The winery was established in 1997 by Anthony's father and originally grew only hybrid grapes, as that was all that was available. However, his father wanted to experiment with vinifera and starting bringing home grape vines from Italy in his luggage. Would you have ever imagined that anyone in Quebec would grow Italian grapes like Sangiovese and Nebbiolo? 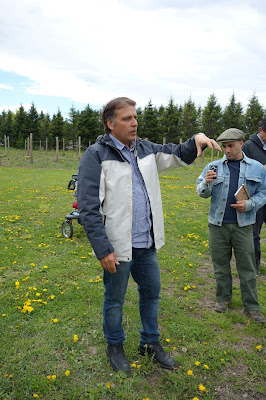 Anthony, pictured above, has been following in his father's footsteps. The vineyard consists of 8 hectares which are broken into 3 lots and possesses 25-30K vines. Though they still grow some hybrids, such as Marquette and Frotenac, they have been slowly, taking baby steps, replacing their hybrids with vinifera such as Pinot Noir, Nebbiolo, and Sangiovese. In addition, Anthony has chosen to only produce red wines and his annual production is roughly 25K liters.

On his blog, Anthony has stated the reason for why he embraces vinifera. "I have always been an advocate that nature will always do a better job of creating new grape varieties than man. Hybrids are a creation of man and while useful in allowing the range of viticulture to be extended where natural varieties might not succeed, by definition this does not produce great wine." He also believes that "Hybrids are like Gerber’s baby food. It was fine for a while, but now the consumer wants and expects more." 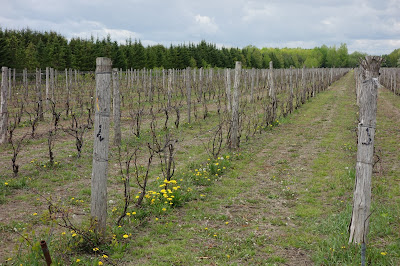 Anthony keeps the vinifera vines low to the ground to provide them better protection from frost damage though that is not always successful. This year, they were devastated by a terrible black frost, which was worse than anything else they had sustained previously. There were two weeks of extremely hot temperatures which caused everything to bud early. Then the black frost arrived and Anthony lost 50-75% of his grapes, including about 75% of his Pinot Noir. How do you continue after such a catastrophic loss? For Anthony though, there was no question. He would continue, no matter how deep the loss. He has chosen a formidable challenge and his passion drives him despite adversity. 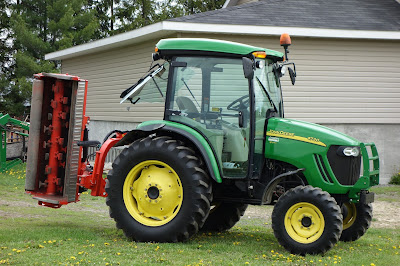 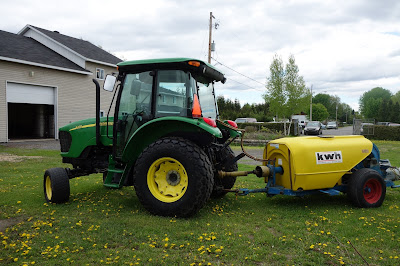 About 75%-85% of the vineyard operations, like pruning, are mechanized and Anthony owns a number of specialized tractors. 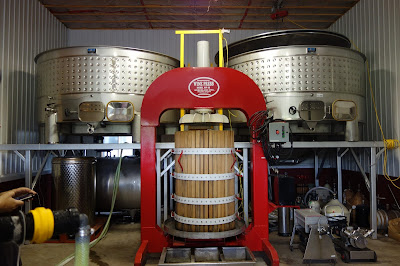 Anthony owns a two ton hydraulic press, which was originally designed for ice wine though works with red wines too. He uses both French and American oak barrels, usually a year old, and rotates them every three years. To produce white wines, Anthony would need different equipment, and he thinks reds are more interesting anyways. 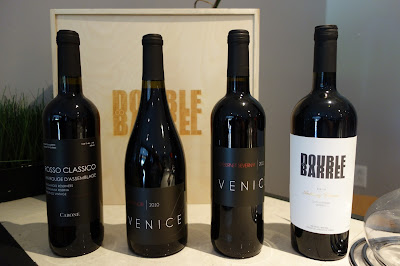 I tasted four of the Carone wines and overall they were good, though I didn't find any of them especially impressive. They show promise and it would be interesting to see how the winery develops during the next five years.

The NV Rosso Classico ($18), a blend of Frontenac, Landot Noir, Landal Noir, and Cabernet Severyni, spent about three months in new American oak and has an alcohol content of 12.5%. This wine accounts for about 20% of their production and was a creation of Anthony's father. It was fruity and pleasant, though a bit simple, with a nice element of herbs and spice on the finish and hints of oak. An easy drinking wine, this would be a good burger or pizza wine.

The 2011 Venice Cabernet Severyni ($24), a blend of 90% Cabernet Severyni and 10% Frontenac, has an alcohol content of 13%. Anthony's father planted the Severyni because it reminded him of Barolo. This wine had some volatile acidity and tasted a bit unripe, a strong green aspect to it. The aroma seemed a bit chemical though the taste had more raspberry and spice notes. I would like to have tasted some other vintages to see if this wine was more an exception or not.

The 2010 Venice Pinot Noir ($35), a blend off 85% Pinot Noir and 15% Landot Noir, has an alcohol content of 12.5%. Anthony was the first producer of Pinot Noir in Quebec and loves growing the grape because it is such a challenge. In 2010, he produced about 2500 bottles. He blends in other grapes for more complexity, a greater bouquet and greater fruitiness. I found thus wine to have an interesting nose of herbs and spice, and on the palate those remained prominent, though nice red fruit tastes also came though. It was smooth and pleasant, with moderate complexity. If this were less expensive, I would more strongly recommend it.

The 2009 Double Barrel ($55), a blend of 92% Cabernet Severyni and 8% Sangiovese, has an alcohol content of 14.5% and only 1000 bottles were produced. A special yeast, imported from Italy, is used in fermentation. Its oak aging is more unique in that the wine is first aged in American oak for a year and then it is transferred into French oak for another four months. This wine avoided the negative aspects of the Venice Severyni, and presented lots of compelling fruit flavors up front with spicy edge on its finish. Its tannins were mild and the finish was relatively long and pleasant. This was a good wine, but I think it is pricey for what it delivers compared to similarly priced wines.