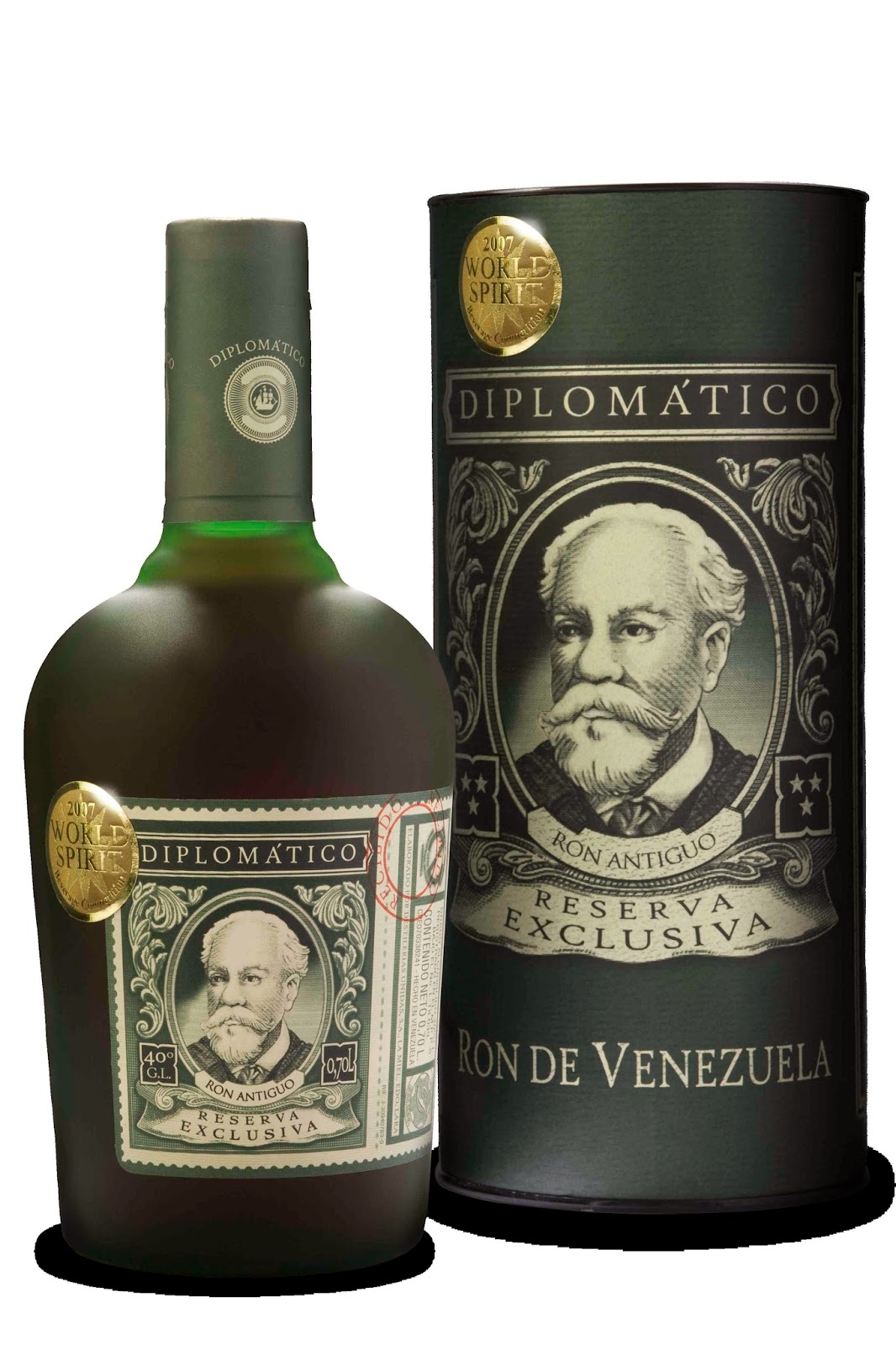 With the oil boom in Venezuela, whiskey, especially Scotch, became their drink of choice, a high-end status symbol. That continued for decades until recently, when their economy tanked, and high-priced whiskey became out of the reach of many. As a replacement, Venezuelans have begun embracing domestic rum. For example, in 2013, whiskey sales decreased by 29% while rum sales increased by almost 23%. In addition, domestic rum production increased from about 16 million liters in 2012 to about 22 million liters in 2013.

Rum production in Venezuela has a long history, though it was often considered a lesser beverage for many years. It has been only during the last 15 years or so that a number of the rum producers have begun creating higher quality products. As such, exploring its newer rum products is a worthy effort and you'll probably find some brands which you may favor. One of the brands I would recommend is Ron Diplomatico.

I first tasted one of their rums last November, and have since then tasted a couple others which I received as media samples. The history of Ron Diplomatico extends back to the 18th century, to Don Juancho Nieto Meléndez, who worked at producing a high-quality, artisan rum. During the 1950s, the main companies involved in producing and distributing alcohol in Venezuela united, becoming the Licorerias Unitas S.A. (and Seagrams owned 51% of this new entity). The distillery which would eventually make Diplomatico rum, was founded in 1959 at the foot of the Andes Mountains. During the 1990s, a series of mergers and acquisitions changed matters, eventually leading to the creation of the Distilleries Unidas S.A. (DUSA) in 2002, which now makes Diplomatico.

It is important to note that DUSA is environmentally responsible, even having received the ISO 14001 Environmental Management Certification, which has only been attained by five other liquor companies. DUSA is dedicated to being green, to minimizing their impact on the environment, and some of their efforts include: recycling 100% of their wasterwater, recovering & recycling 100% of their solid waster, and planting over 6,000 trees. That all gives added reason to support DUSA.

Diplomatico is produced in six different bottlings, including Anejo, Reserva, Reserva Exclusiva, Blanco, Single Vintage and Ambassador. They have seven stills at the distillery, including three pot and four column stills. I received samples of the Anejo, Blanco and Reserva Exclusiva, and enjoyed all three, finding them delicious on their own, and perfect for cocktails as well. .

Their Anejo (about $15), which was launched in 2004, is a blend of light rum from a column still and heavy rum from a copper pot still, It was aged for four years and has an alcohol content of 40%. It's the youngest rum of the Diplomatico line, and at its low price is an excellent value. With a light amber color, it has a pleasant nose of caramel and spice, with hints of chocolate and vanilla. Sipping it, I found it more full bodied, with a smooth and creamy body, and a pleasing blend of flavors, from caramel to toffee, chocolate to baking spices. The sweetness is mild and balanced, and you could easily enjoy drinking this on its own, though it would work well in any of the usual rum cocktails. At this price point, you would be hard pressed to find a better quality rum.

The Blanco Reserve (about $30), which was launched in 2008, is a blend of light and heavy rums distilled in copper pot stills, which has been aged up to 6 years and has an alcohol content of 40%. By law, the youngest rum in this blend must have been aged in white oak barrels for at least 2 years. It has also been carbon filtered and treated with charcoal. This is a clear, white rum with a more subtle nose though it is more prominent on the palate. It is silky smooth with a lighter body and crisp flavors, with some citrus notes, hints of  sweetness, and a lengthy, complex finish. Once again, this is a rum you can easily enjoy drinking on its own, though it would work well too in the usual rum cocktails. It is definitely an excellent white rum, and at the price point, it is very competitive.

The Reserva Exclusiva (about $40) is a blend of rums distilled in copper pot stills and has been aged for 12 years. With a rich amber color, this is a sweeter rum, a pleasant after-dinner drink or something to accompany dessert. Rich flavors of caramel, butterscotch, vanilla and some tropical fruit, accompany some baking spices and slight earthy notes. Complex and alluring, this is a rum to seduce your palate, which on its own will appeal to many rum lovers. In a previous rum tasting, this was one of my favorites, and my feelings haven't changed.

Diplomatico produces some impressive rums, at very competitive prices, and they are well worth seeking out. I haven't tasted their high-end bottlings, but I expect they would be equally as impressive as their lesser priced labels. When spirits are capable of standing on their own, without having to be enjoyed in a cocktail, then they are produced well. Rum has a strong link to our history, and it is becoming more popular once again. Why not try some new rums?