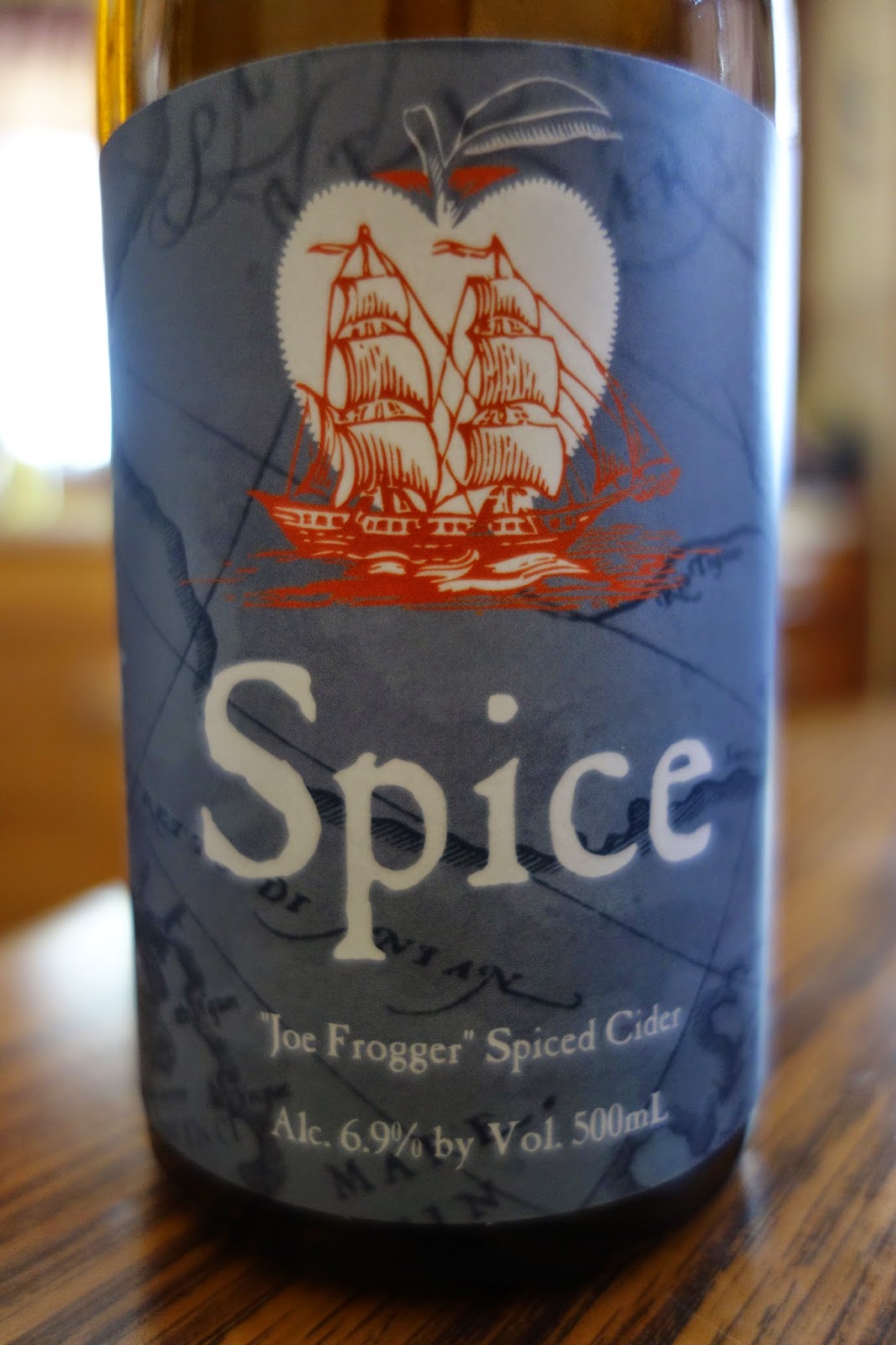 Last November, I raved about the hard ciders from Far From The Tree, a new cidery located in Salem, Massachusetts. Owned by Al & Denise Snape, they craft ciders using local ingredients, traditional methods and want their ciders to reflect history. These are dry ciders, actually closer to bone-dry, and that appeals to my preferences. From November to March, they are producing a winter seasonal cider, their "Joe Frogger" Spiced Cider, which was inspired by a 200+ year old cookie recipe.

If you're from Massachusetts, you might have heard of the Joe Frogger cookie, as they are still available in some locations and the cookie recipe can be found in many different sources. Joseph Brown, aka Old Black Joe or just Black Joe, was a freed slave and a veteran of the Revolutionary War. Around 1791, he and his wife, Lucretia aka Aunt Crease, opened a tavern in Marblehead next to a pond.

Lucretia was the cook for the tavern and created a cookie, which contained molasses, rum and seawater, and was eventually named Joe Frogger, a nod to the frogs in the pond. The cookies may also have originally been lily pad-shaped rather than their now common, round shape. The pond was also eventually named Frogger Pond, a nod to the cookie. Because of the ingredients, these cookies traveled well, remaining soft and chewy even on a long sea voyage. As such, they became very popular with sailors

The Joe Frogger Spiced Cider is made with apples, maple syrup, molasses, fresh ginger, nutmeg, allspice, cloves, and sea salt from the Marblehead Salt Co. All of the spices in this cider can also be found in the Joe Frogger cookies, and the sea salt reflects the old use of seawater in the cookie recipe. These ingredients and spices are commonly used in other winter recipes, from cookies to cocktails, so they work well as a seasonal product.

This cider is available, along with the Roots and Rind, at Beacon Hill Wine & Gourmet in Melrose, and that is where I bought a bottle. As the cider is unfiltered, it will be a little cloudy in your glass. The aroma of this cider has a dominant ginger smell, with the other spices and a hint of apple beneath the ginger. On the palate, and despite the maple syrup and molasses, it is bone-dry and the ginger remains the most prominent taste, but with a pleasant underlying melange of spice and fresh apple. Another winner from Far From The Tree, and it would be interesting to substitute this cider for ginger beer in a Dark n' Stormy cocktail.
Posted by Richard Auffrey at 3:00 AM