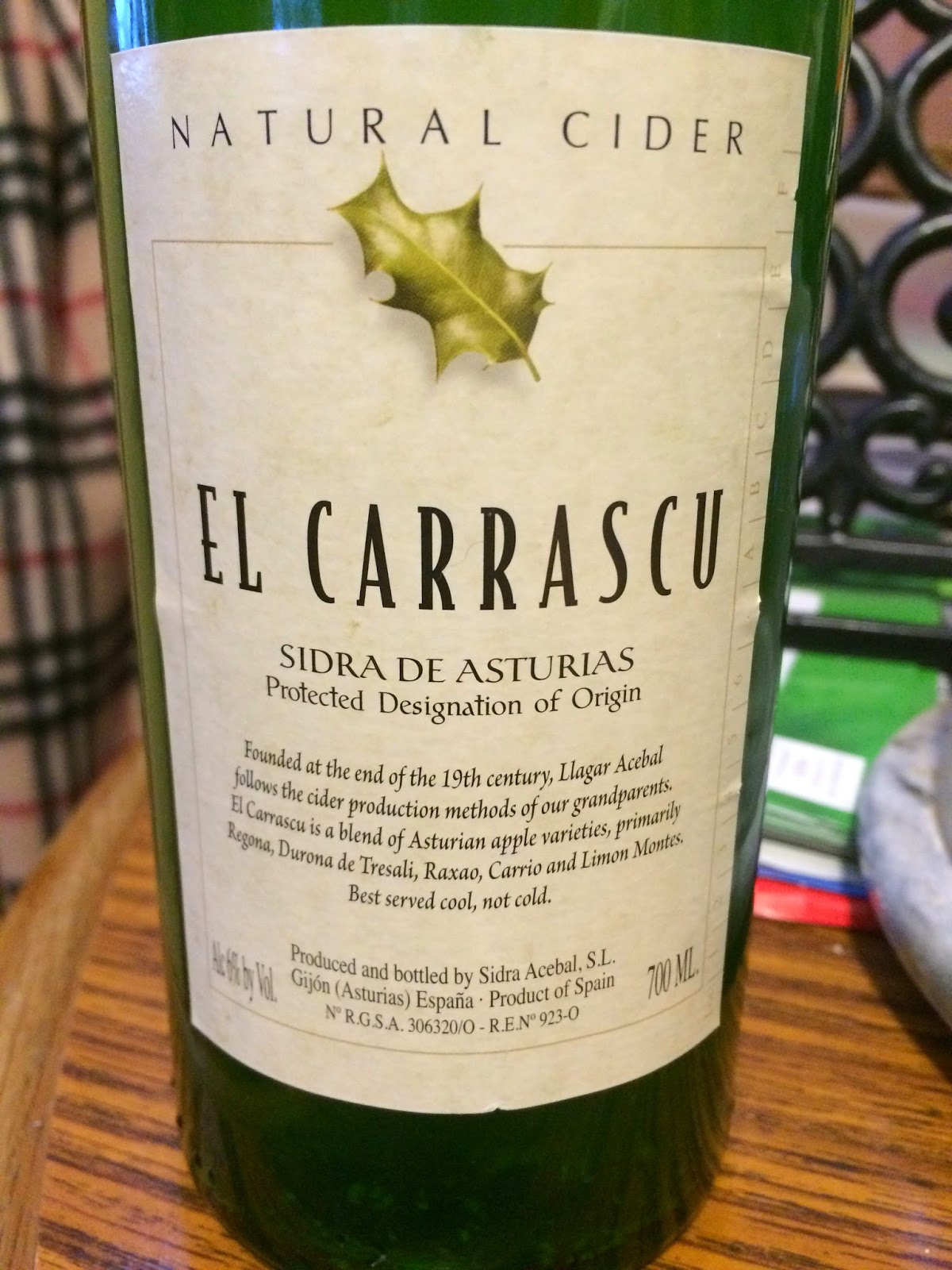 Besides all of the compelling wines you'll find in Spain, there are also regions well known for their hard cider, which is usually called sidra. One such region, located in the northwestern section of Spain, is Asturias, where sidra has been made for over two thousand years. The ancient Romans referred to this hard cider as pomaria and the Arabs called it siserio. Today, "Cider of Asturias" is a Designation of Protected Origin, regulated and protected by the board Cider of Asturias. Asturias produces about 80% of all Spanish cider, and they also drink more than any other region in Spain.

Currently, there are about 6500 hectares of apple orchards in Asturias, growing over 30 local apple varieties though not all are used for their sidra. They use a blend of acidic and semi-acidic apples for their sidra. In general, Asturian ciders are fermented with native yeasts, aged on the lees and bottled without any fining. They will usually taste dry, be low alcohol and possess high acidity. They should be served cool, but not cold, and can pair well with many foods, especially Asturian sheep cheeses.

Traditional cider houses are known as sidrerias, and there is even a traditional way, called escanciar, to pour it. The bartender holds the cider bottle high in the air and then pours it down to a large, wide-mouthed glass. This long pour helps to aerate the cider and also causes it to make it a little fizzy. Plus, the bartender will only pour a small portion into the cup and the customer is supposed to drink it all immediately. At home, feel free to fill your glass with some sidra and slowly savor it.

Alexander Jules Imports, who I've previously raved about the impressive Sherries they are importing into the U.S., is also importing a few other Spanish wines, including an Asturian Sidra. They recently sent me a media sample of their Sidra Abebal "El Carrascu" D.O.P. (about $12). The Sidra Acebal, which was founded at the end of the 19th century, is located in Gijón, Asturias, and they continue to make sidra in much the same way as they always have done. The El Carrascu uses a blend of apples, mainly Regona, Durona de Tresali, Raxao, Carrio and Limon Montes.

With a nice golden color,which is slightly cloudy as it is unfiltered, this sidra has a bright apple aroma enhanced with herbal elements. Its taste is intriguing, very dry and acidic,with strong apple flavors, with a bit of tartness, and an undertone which almost reminded me of a briny dill pickle, yet in a positive way. It has a more unique flavor for a hard cider, and I very much liked it. At this price point, it is a very good value, especially for a more naturally produced cider. Once again, Alexander Jules has imported something more unique and compelling.
Posted by Richard Auffrey at 3:00 AM