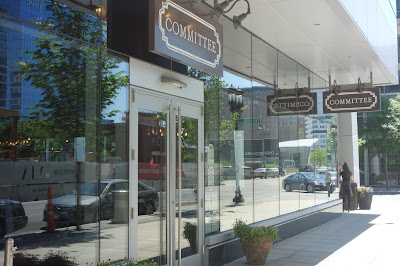 Happy One Year Anniversary to Committee, an excellent Greek/Mediterranean restaurant located in the Fan Pier neighborhood of Boston. I recently noted that Committee was one of my 5 Hottest Restaurants, and I've recommended it to many people. I enjoy both its cuisine and drinks program, from brunch to dinner, from its Greek wines to creative cocktails. On a recent Sunday afternoon, they celebrated their first anniversary with a barbecue on their patio and I was invited as a media guest to join in the festivities. 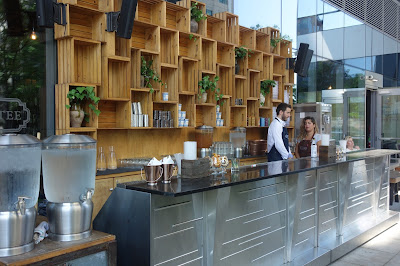 It turned out to be a perfect summer day, lots of sun and a light breeze that prevented it from becoming too hot. The bar was stocked and ready to serve cocktails while a grill was set up for the food. Chilling on a couch, I sat with some friends and savored the afternoon, finding even more reason to enjoy Committee. 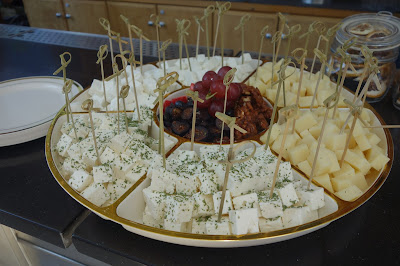 A number of appetizers were placed out, including this bowl of Feta and Greek cheese. 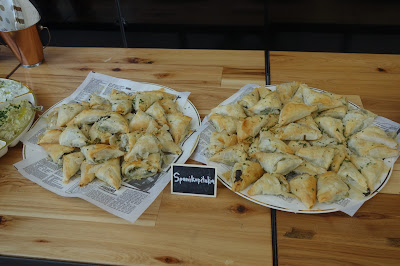 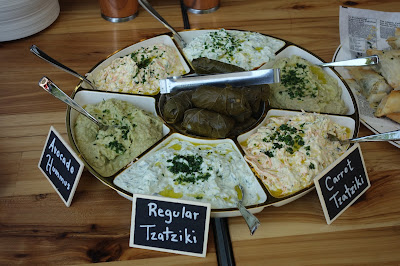 A trio of dips, including Tzatziki, Carrot Tzatziki, and Avocado Hummus. Their house-made dips are delicious, especially smeared on a piece of warm pita. 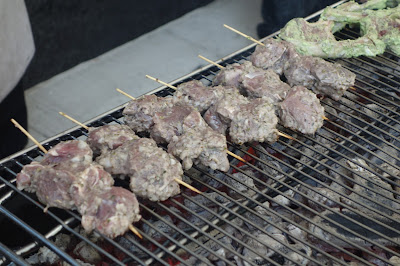 On the grill, there was delicious Souvlaki, tender chunks of lamb. There were also Burgers, which you could place atop a pita for a delicious sandwich. 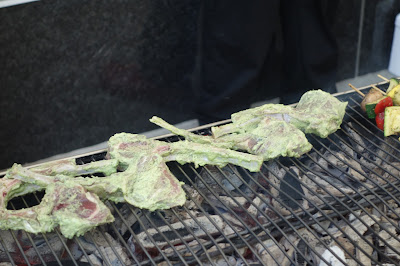 The Lamb Chops were fantastic, so tender and flavorful.  Committee does a superb job with lamb dishes. 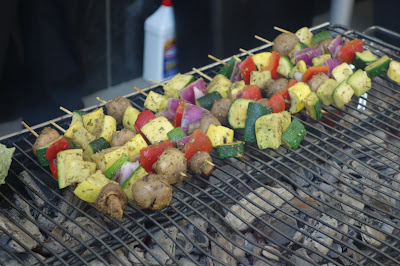 And there were Veggie Skewers too for those who weren't meat eaters. 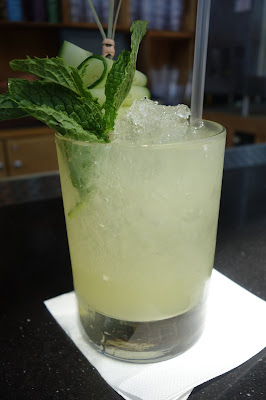 There were six cocktails available at the party and I sampled all of them, enjoying each one. Overall, they were well composed, nicely balanced, and were excellent choices for the summer. The cocktail program at Committee won't disappoint and you should check it out, especially if you dine outside on the patio some summer afternoon or evening.

My favorite of the six cocktails was the We Can't Elope, made with Soul Cachaça, cucumber-cantaloupe syrup, and fresh lime juice. Bright and refreshing, you could taste the Cachaça, which was enhanced by the fruit flavors. I could have easily drank these all day, reveling in the beautiful summer weather. 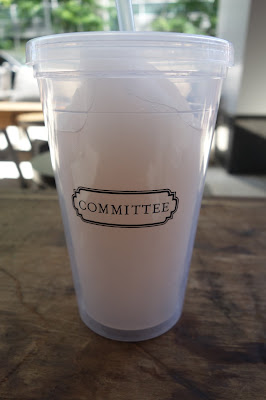 The Frosé, made from Rosé, Elderflower Liqueur, rose water, and citrus, was a frozen drink, a tasty slushie. It wasn't too sweet and had pleasing floral notes which didn't overpower the rest of the cocktail. It was more subtle with some nice red fruit accents. 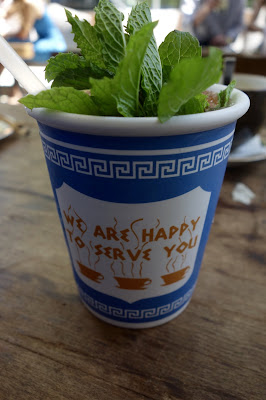 The Jasmine Smash, made with Bulleit Rye, jasmine tea, grapefruit, simple syrup, and mint, is slightly deceptive as it appears to come in an iconic Greek coffee cup yet it is actually a ceramic cup and not paper. I very much enjoyed this cocktail, especially as I love both Rye and tea. The flavors blended well together and it was also refreshing, with spice and floral notes. 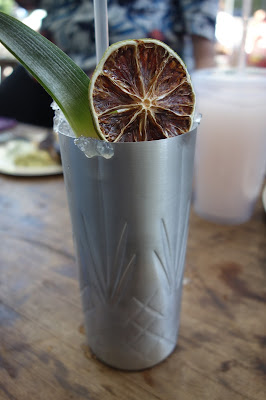 The Diavolos, made from Tres Agaves Blanco, Lejay Cassis, lime, ginger beer, was another refreshing cocktail with the pleasing taste of tequila and the spice of ginger. 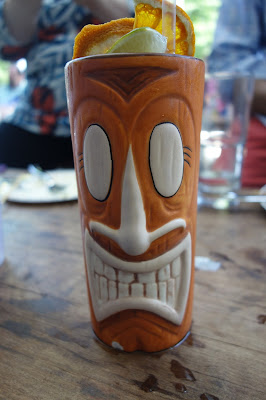 In a fun Tiki glass, the Jungle Pilot, made from Plantation Rum blend, Denizen 8, Capari, pineapple-mango juice, and cinnamon, was fruity and fun, a pleasing rum drink. The hint of cinnamon enhanced the tropical fruit flavors and there was also a touch of bitterness which nicely balanced the drink. 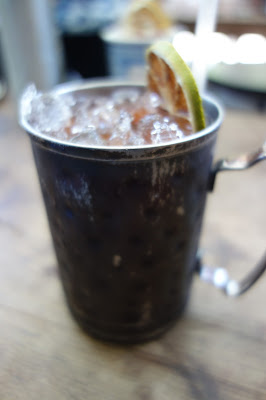 Finally, the Committee Mule is made with Chili infused Absolut Elyx, cardamon bitters, fresh lime juice, and ginger beer. The spicy kick of this variation on the traditional Mule was a nice change, though it didn't overpower the rest of the flavors. It was still refreshing despite the additional spicy heat.

You'll find these cocktails on Committee's current drink menu and I'm sure you'll enjoy them as much as I did. I continue my hearty recommendation for Committee and hope they have many more anniversaries.
Posted by Richard Auffrey at 3:00 AM

Thank you very much for writing such an interesting article on this topic. This has really made me think and I hope to read more.
Gourmet Chocolate Brands | Wrapped Chocolates for Weddings | Nearest Chocolate Shop & Store