Vinn Baijiu: Made in Portland

Portland, Oregon is well known for its abundant wineries, craft distilleries and breweries. It is also a Sake lover's destination, with plenty of Sake bars and a Sake brewery located nearby. In addition, you can find a hugely popular Asian spirit being distilled in Portland, the first and only distillery of its kind in the U.S.

The Vinn Distillery, located in Wilsonville, Oregon, just about 18 miles south of Portland, produces Baijiu, a Chinese spirit. The distillery is owned and operated by the Ly family, whose roots stand firmly in China and have been producing Baijiu for over seven generations. The original Ly ancestors were originally from the city of Heyuan of Guangdong Province, which is located in southern China on the coast of the South China Sea. Guangdong is well known for its production of Rice Baijiu, and that Baijiu once was called samshu, which means "triple distilled." This province is also well known for infusing wine and Baijiu with pork.

About four generations ago, the Ly family, seeking a better life, moved to Quang Ninh Province in North Vietnam, just south of the border of the Guangxi Province of China. In 1978, the Ly family was deported from Vietnam and returned to southern China, where they lived for six months before escaping to Hong Kong. They spent another six months as refugees in Hong Kong until they were sponsored by the Meridian United Church of Christ (also known as Frog Pond Church) in Wilsonville, Oregon, and came to the U.S. in 1979. 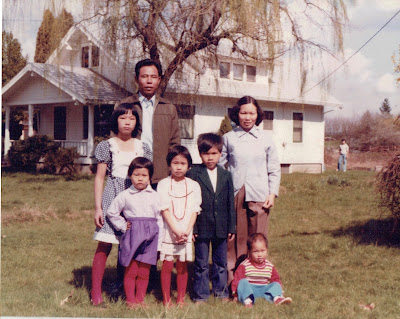 Above is a photo of the Ly family upon their arrival in Oregon.

Baijiu was very important to the Ly ancestors, and that importance has carried through to the present day. Baijiu is used to honor their ancestors, to accompany celebrations, for medicinal purposes, and for personal consumption. As they lived in tiny villages in both China and Vietnam, there weren't any local liquor shops where they could purchase Baijiu so they either needed to make their own or buy it from one of their neighbors. Many of the villagers chose to create their own and that is how the Ly family got started over seven generations ago. Some of their neighboring villagers even bought Baiju from the Ly family.

In Oregon, the family patriarch, Phan Ly, eventually retired and decided to fill some of his free time with creating spirits made from rice, including Baijiu. Baijiu wasn't readily available at Portland liquor stores so he saw a need to be filled. In 2009, the Vinn Distillery was established though originally Phan wanted to call "Five Siblings," after his five children. Instead, they chose Vinn, which is the middle name shared by all five children, and that name reflects Phan's original intention to honor his children. In addition, "Vinn" roughly translates as "infinite," which they state refers to "the amount of pleasure and taste derived from a single sip" of their Baijiu. In return, the children working at the distillery honor their father by continuing his work producing Baijiu. 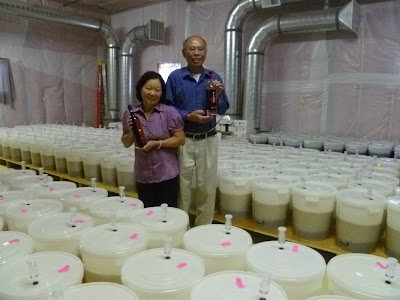 A photo of Phan Ly and his wife, Kim Trinh, standing amidst numerous brewer buckets of Baijiu. 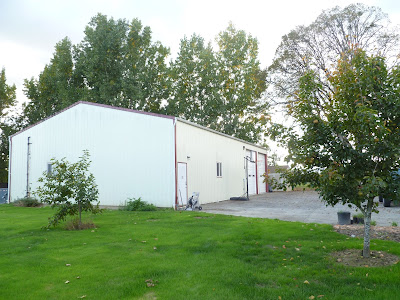 A photo of the distillery, essentially a large pole barn behind their mother's home.

Their Baijiu recipe has changed little since it was previously produced in Vietnam. One of the main differences was that it used to be fermented and aged in ceramic pots. Currently, their Baijiu is made from 100% whole grain brown rice from California. They make their own qu, over the summers, using rice flour and proprietary herbs & spices. Fermentation occurs in small 7-gallon brewer buckets as they have found that the smaller surface area of the those buckets allows the qu to work more effectively.

Distillation occurs in a 40-gallon pot still, which was created by their father who hired a welder friend to help fabricate the still and one other. After three distillations, the Baijiu is then aged in a stainless steel tank for about a year. They still have some bottles of Baijiu that were bottled back in 2009 by their father. They do not filter the Baijiu so it will retain its earthy aroma and flavors. It is bottled at 40% ABV, lower than usual, to make it more amenable to Americans. Each year, they produce about 500 gallons of Baijiu though that should increase now as they have started to distribute outside of Oregon.

Their biggest challenge is educating Americans about Baijiu, most who know little, if anything, about this Chinese spirit. During the last four years, their local population has gotten better, more willing to try their Baijiu, but much more marketing is still necessary for the average consumer to embrace Baijiu. Though the Ly family prefer to drink their Baijiu on its own, they understand that many Americans prefer cocktails so they have a page of Cocktail Recipes for their Baijiu, from a Bloody Mary to a Vinn Dragon. As for food pairings, Michelle Ly told me that the best food for Baijiu is Asian cuisine and that her father's favorite dish to pair it with was Steamed Chicken.

I should also note that Vinn Distillery produces a few other spirits beside Baijiu, including a Vinn Whiskey, Vinn Vodka, and Vinn Blackberry Liqueur. Both the Whiskey and Vodka are made from rice, and the Liqueur is made with their Vodka infused with Oregon blackberries. 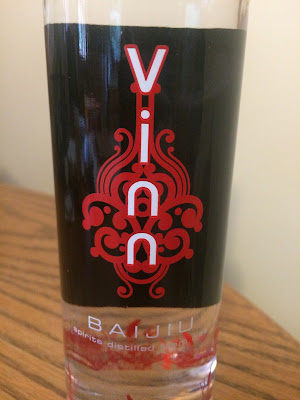 I received a media sample of the Vinn Baijiu ($44/750ml). I found it to be a fascinating spirit, reminiscent of Sake yet with its own unique flavors. On the nose, there are elements of steamed rice, some floral aspects and a bit of earthy undertones. The taste follows through on the nose, but with more complexity, including a touch of citrus, more herbal notes and a stronger earthiness. There were also a few nutty notes and a slight heat on the finish. I also used it in a quick cocktail, mixing it with some tropical fruit juice and it did well, muting some of the earthiness and highlighting more of its citrus and herbal flavors.

On its own, it's probably not a good introduction to Baijiu for newcomers, especially with its earthy aspect, though those people would likely enjoy it in cocktails. I think the Vinn Baijiu, on its own, works better for those who have enjoyed some other Baijiu and are willing to progress to the next level. In cocktails, it will be versatile and would work well in plenty of different cocktails. On its own, I'd also pair it will more umami-rich foods like a mushroom risotto, though it might go very well with a spicy barbecue sauce too.

Have you tasted Vinn Baijiu? If so, what were your thoughts?
Posted by Richard Auffrey at 9:23 AM