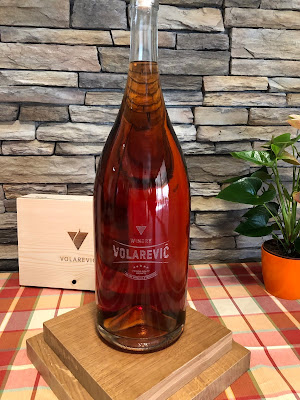 Wine is integral to the culture of Croatia, and they consume much of what they produce, exporting only about 6% of their total production. In addition, they import about four times as much wine as they export, as they obviously desire even more wine to drink. Indicative of their great love for wine, Croatians drink about 22 liters of wine per capita, making them the third largest consumer in the world.

The history of wine in the region of Croatia extends back about 2500 years, to at least the time of the ancient Greeks colonists, but its modern wine industry is relatively young, still recovering from when they achieved their independence from Yugoslavia. The Croatian wine industry has accomplished much in the last 25 years, and they are currently producing plenty of excellent wines, and have much potential. Although Croatia has become a hugely popular tourist destination, its wines still need much more recognition around the world. 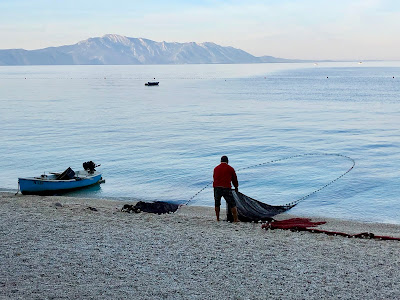 Currently, Croatian wine exports to the U.S. are small, only about 7,200 cases annually, but that is slowly changing. Thus, it's likely difficult for you to find Croatian wines at your local wine store, but you should ask them to carry some. In the Boston area, we are fortunate to have Croatian Premium Wine Imports, a new company which is bringing more Croatian wines to local wine shops and restaurants. They have also been hosting a number of tasting events, where you can sample and experience Croatian wines. There are also other importers, such as Blue Danube Wine and Topochines, which have Croatian wines in their portfolios, both locally and in other states.

Prior to my journey to the Republic of Croatia in September 2019, I had little familiarity with Croatian wines, having previously tasted only a couple, though I did enjoy them. During my visit though, I had the opportunity to taste close to 150 Croatian wines, and I found many reasons to enjoy these fascinating, diverse and delicious wines. All wine lovers, no matter what your preferences, will find something to love in Croatian wines. 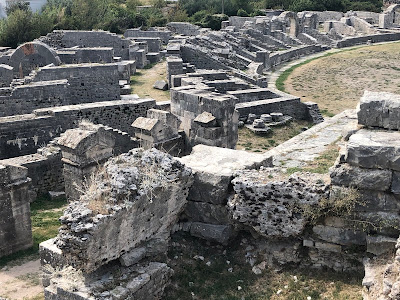 First, Croatian wine has a lengthy and fascinating history.
Wine making in Croatia extends at least 2,500 years and wine was an integral element of ancient Croatian civilization. Agatharchides of Cnidus, a Greek historian and geographer from the 2nd century BC, claimed that the best wine in the world was from Vis, a Croatian island in the Adriatic Sea that had been settled by the Greeks. The Stari Grad Plain, on the island of Hvar, was colonized by Greeks during the 4th century B.C. Vineyards have been continuously planted here for over 2400 consecutive years and it's now a UNESCO World Heritage site.

Over the centuries, Croatia has been invaded numerous times, by various conquering nations, yet they have somehow always found a way to continue their traditions of viniculture. In addition, some of the 130 or so indigenous grapes of Croatia may have even been around since the days of ancient Greece. Thus, each sip of Croatian wine brings with it a sense of history, a connection to the ancient past. Their modern wine industry may be young, but its roots extend back over two millennia. 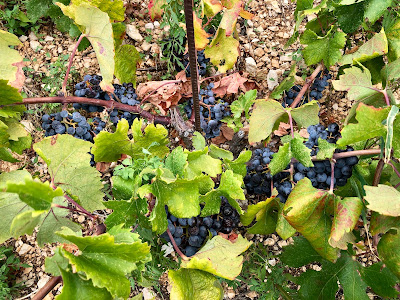 Second, Croatia has many unique, indigenous grapes.
There are over 130 indigenous grapes in Croatia, though only about 40 are used regularly on a commercial basis. White grapes such as Bogdanuša, Debit, Graševina, Grk, Malvazija Istarska, Malvasia Dubrovačk, Maraština, Pošip, and Vugava. Red grapes like Babić, Dobričić, Plavac Mali, Teran, and Tribidag. They present unique flavors and aromas, though still offering some familiarity. Any wine lover seeking to broaden their palate, to experience something new, should seek out such unusual grapes which may be found only in Croatian wines. You never known when you might find a new favorite grape. I love exploring unusual grapes and Croatian wines allow me to further enhance my experiences. Yes, they grow some international grapes too but why not pay attention to the unique, indigenous grapes that often cannot be found elsewhere. 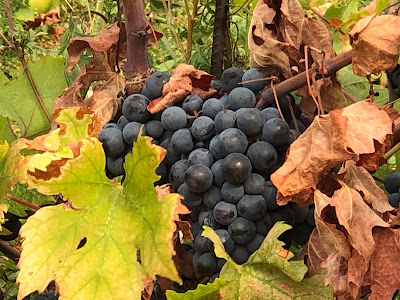 Third, Plavac Mali is the King of the Reds.
The Plavac Mali grape is the most widely planted red grape in Croatia, though it's primarily found in the Dalmatia region. In a number of respects, it can be considered the signature red grape of Croatia, and it has brough some fame to the region. Plavac Mali was the first Croatian grape to have its own appellation, Dingač, located on the Pelješac peninsula, and it was established back in 1961. Plavac Mali grapes commonly have high sugar levels, which can lead to high alcohol levels, and they also often have high tannins as well. Although this seems like it would only make powerhouse wines, that is far from the case, and you'll find a wide variety of expressions in Plavac Mali wines.

Common flavors found within Plavac Mali wines includes blackberry, black cherry, plum, pepper, and spice, though sometimes you might also find herbal notes and earthiness. It produces wines that can age very well, and the best wines are complex, well-balanced, and have a deep depth of flavor. This is a grape which can present greatness, which can compare well to any other famed red grape from anywhere around the world. 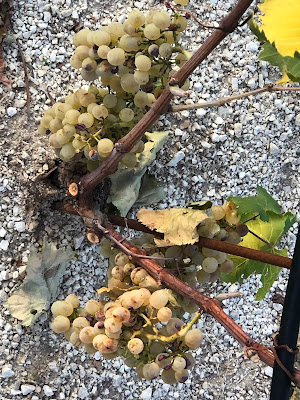 Fourth, Pošip is the the King of the Whites.
The Pošip grape isn't the most widely planted white grape, but its importance, especially in coastal Croatia cannot be underestimated. This ancient grape is indigenous to the Croatian island of Korčula, and in 1967, Korčula became a legally protected appellation, making Pošip the first Croatian white wine to be part of such an appellation. Pošip has spread throughout the Dalmatian region, becoming one of the most common and popular white grapes in this region. It is an early ripening grape, versatile and expressive of its terroir. You can find a wide variety of expressions, from stainless steel to oaked, fresh & dry to sweet dessert wines.

In general, Pošip wines can range from medium to full-bodied, possessing flavors of citrus to tropical fruits, and commonly have fresh acidity. They may have mineral notes, a taste of almonds, and might also have a high alcohol content, over 14% ABV. Much will depend on the terroir and winemaking style. It pairs well with food, especially seafood, from shellfish to grilled white fish, though it also works with light chicken and similar dishes. In the Boston+ area, where seafood is important, Pošip wines have so much to offer. 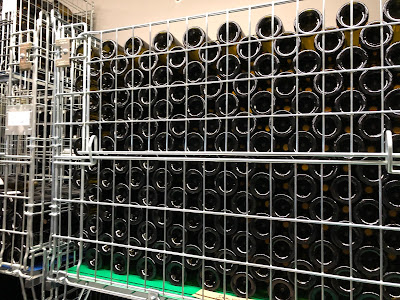 Fifth, you're probably already familiar with one Croatian grape.
In Croatia, where the grape originated, it is known as Crljenak Kaštelanski, Pribidrag, and Tribidag. However, the grape has traveled around the world, and in Italy it's known as Primitivo while in California it's known as Zinfandel. Yes, Zinfandel which is often seen as an "All American" grape, actually originated in Croatia. It wasn't until 2001 that DNA testing confirmed these facts, though many had long suspected a Croatian connection. Within Croatia, Tribidag, which derives from Greek words meaning "early ripening," was first mentioned as early as the 15th century. Tribidag has been seeing a renewed renaissance within Croatia, and more and more wineries are starting to produce wines from this grape. Wouldn't you love to try a wine made from the original "Zinfandel?" 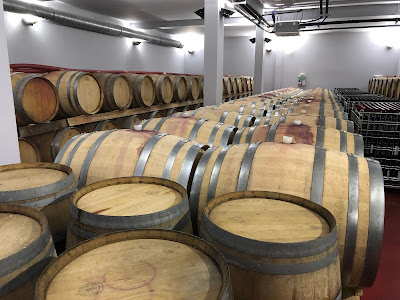 Sixth, Croatian wines are diverse.
Croatian wineries produce a myriad of different types of wines, including Sparkling, White, Skin-Contact Whites, Rosé, Red, Amphora, Sweet wines and more. These wines come in a wide variety of flavor profiles and styles so there is something available to appeal to any personal preference. You'll find plenty of easy drinking wines as well as some ultra-geeky ones, and lots between these two. In addition, there are a number of different terroirs in Croatia which further leads to the diversity in their wines. Croatian wines are multi-dimensional and there is much to discover in that multitude. No matter what kind of wine you enjoy, you'll find a Croatian wine that will satisfy you and might even become a new favorite. I found some impressive Sparkling wines, as well as intriguing Skin-contact wines. However, I found compelling wines in all the varied categories. Croatia has so much to offer. 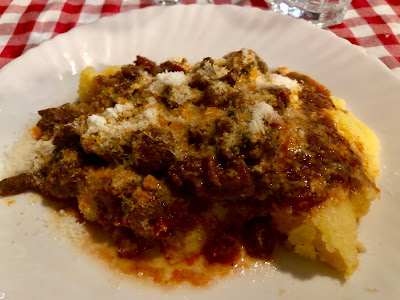 Seventh, Croatian wines are made for food.
As Croatian wine is such an integral aspect of their culture, it is obviously a natural pairing for food, possessing a versatility that extends into many cuisines. Croatians commonly drink wine with food so it is produced specifically to be accompanied by food. If you purchase a Croatian wine, you can be almost assured that it will pair well with some type of food. Dependent on the type of food, there is also probably a type of Croatian wine which will work well with that dish, from seafood to steak, pasta to chicken. You could enjoy an easy drinking Plavac Mali with a burger or pizza, or a more powerful Plavac Mali with a ribeye steak. You could enjoy a Pošip with raw oysters or fried haddock. Croatian cuisine is diverse, from pasta and truffles in Istria to fresh seafood in Dalmatia, and so is their need for diverse wines to accompany their different foods. 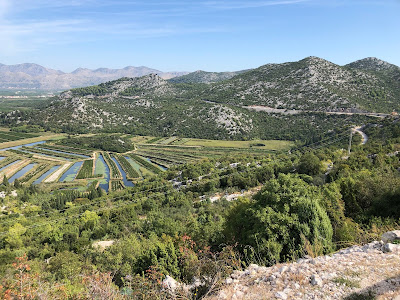 Eighth, buying Croatian wines improves lives.
As I've written previously, it can be important to be a Wine Activist. Peter Weltman, a sommelier and writer in San Francisco, summed it up well by writing, "With our wine purchases, I believe, we can help advance regional peace, provide support for farmers in war-torn regions, have a voice in geopolitics, and aid in economic recoveries." In addition, he stated, "Wine transcends borders and bridges cultures, and it can be used to improve lives if we make the right purchases." It's only been 25 years since Croatia prevailed in a terrible war, and attained its independence. Its young wine industry certainly needs support, as does the entire country, and buying Croatian wines is one way to help them. It's probably not something you normally think about when buying a bottle of wine. but maybe you should consider it. Support Croatia and drink some excellent wine. Everyone wins. 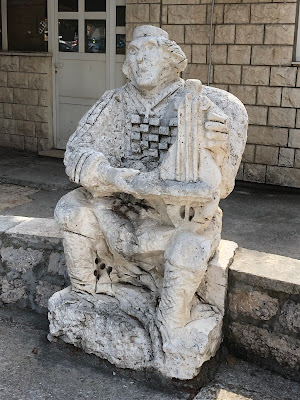 Ninth, nearly everyone will enjoy Croatian wines.
There is no reason why anyone couldn't find a Croatian wine that they enjoy. Many of their wines are often easy drinking, absent of strange and off-putting flavors. They will seem familiar in some respects, with just enough pleasant differences to make them intriguing. The main reason Croatian wines don't sell as well as they should is due to lack of availability and unfamiliarity. Most consumers, and many wine shop owners, know little about Croatian wines so they gravitate instead to what they already know. That can be overcome with greater education and more tastings. People need to be shown they are missing out on Croatian wines. 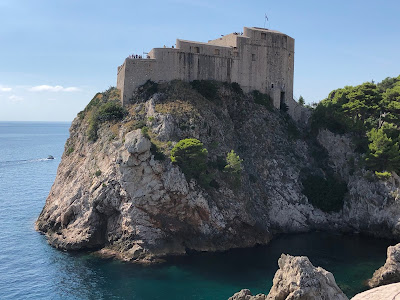 Tenth, and most importantly, Croatian wines are delicious.
It is a simple thought but sometimes gets forgotten amidst everything else. In the end, the most significant aspect of wine is that it tastes good. No matter what else a wine has going for it, if it does not taste good then it has failed. I have tasted many good Croatian wines, of all types, and at the root of it all, they are delicious. I may appreciate Croatian wines for many different reasons, but first and foremost, taste remains the most compelling reason to drink Croatian wines. No matter what your level of wine knowledge, I think we can all agree that first and foremost, a wine needs to taste good. On that level, Croatian wines deliver. 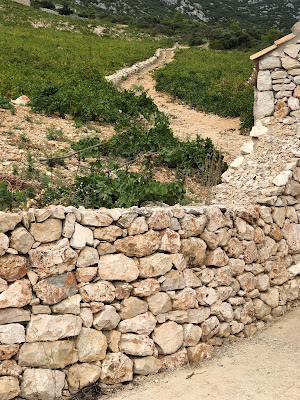 So, are you convinced to give Croatian wines a try? I hope so. However, if not, why not?
Posted by Richard Auffrey at 3:00 AM