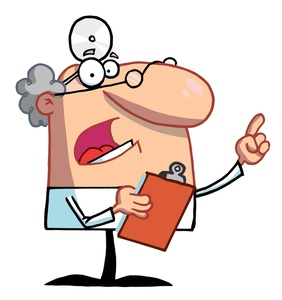 With the pandemic still raging on, health care has taken center stage. The older we get, the more our health is of concern, and not just from Covid-19. There are so many other potential health issues which can arise. However, even younger people should be concerned with their health. They too are subject to a large variety of possible ailments. No one is immune from health issues.
For example, diabetes affects nearly 26 million children and adults in the U.S. but a quarter of Americans who have type 2 diabetes don’t know they have it. An additional 79 million (or one in three) American adults, have prediabetes, which puts them at high risk for developing type 2 diabetes. Unfortunately, diagnosis often comes 7 to 10 years after the onset of the disease, after disabling and even deadly complications have had time to develop. Therefore, early diagnosis is critical to successful treatment and delaying or preventing some of its complications.

That example helps to point out one of the most vital issues, early diagnosis. If caught early enough, Type 2 diabetes can be controlled through diet and exercise, without the need for medication. Other medical conditions are similar, early detection often being key to preventing or curing an illness. You need to see a doctor regularly, to have yearly physicals. I know that many people are reluctant to visit a doctor, but you have to get past that. It is too vital not to do it.
Recently, someone close to me ended up in the hospital, multiple times, and recently required significant surgery. He faces a lengthy road of recovery, including possible additional surgeries. It may not have gotten this serious if he had only seen a doctor much earlier, rather than ignoring all of his symptoms. That's an important lesson for all.

If you haven't had a physical in less than a year, then get to a doctor immediately to get a check up. The longer it has been since you last saw a doctor, the quicker you need to get a physical. I would prefer it if all my readers and friends lived long and healthy lives. There is no valid excuse to skip regular visits to a physician. It might feel like a pain having to go, but the potential consequences of failing to go could be literally deadly.
Posted by Richard Auffrey at 8:55 AM