We all want good value wines, especially if we can find bottles that cost $10 or less. There are plenty of wines in that price range, but some are much better values than others. I recently received samples of three South African wines, all priced at $10, and found them to be very good values. And if the winery can make such delicious, inexpensive wines, then maybe their higher-end wines are quite interesting as well.

The Golden Kaan winery has been around for about five years and their grapes come from select vineyards from the Western Cape region of South Africa. They produce three ranges of wines: Golden Kaan Classic, Golden Kaan Winemaker's Edition and Golden Kaan Private Collection. The three wines I tasted are from their Classic range. 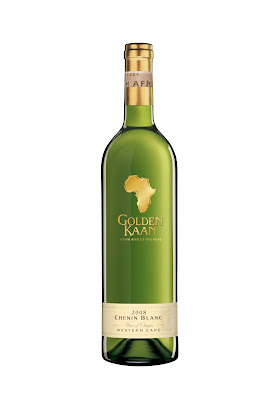 The 2007 Golden Kaan Chenin Blanc ($10) is made from 100% Chenin Blanc, and the grapes come from vineyards in the Paarl and Malmesbury areas. 30% of the blend was aged in French oak for about three months, while the rest saw no oak. Thus, the fruit was allowed to take center stage. The wine has an alcohol content of 14.2% and only 977 cases were imported into the U.S. I enjoy Chenin Blanc and South Africa often does well with this grape. This wine had a moderate yellow color and a nice citrus nose. On the palate, it was crisp with good flavors of melon, lemon and a hint of grapefruit. It was full bodied with a touch of creaminess to the taste. There is a bit of vanilla too and a decently long finish. This would be a good summer wine and should appeal to many people. 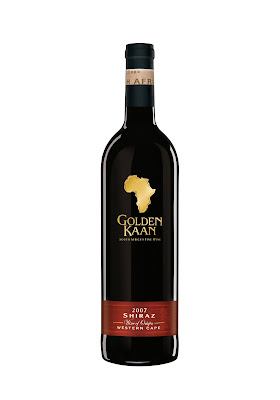 The 2007 Golden Kaan Shiraz ($10) is made from grapes in the warmer areas around Paarl. The wine saw some aging in American oak, has an alcohol content of 14.1% and 4668 cases were imported into the U.S. This ruby colored wine had an enticing, red fruit nose with only the merest hint of spice. Up front on the palate, there was plenty of juicy fruit, some nice cherry, raspberry and plum. The spice notes were most prominent on the finish though they were still restrained. Tannins were mild. The fruit takes front place in this wine, yet it has enough character to make it a good value. 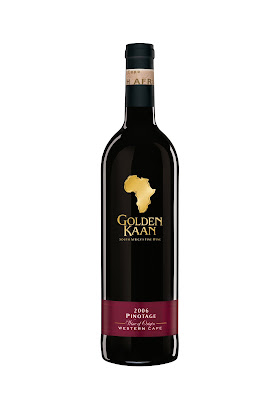 I was most excited to taste the 2006 Golden Kaan Pinotage ($10) as I really enjoy the grape, and I was not disappointed. This wine was aged in French and American oak, has an alcohol content of 14% and about 9236 cases were imported. The wine was dark red in color and had an appealing nose of dark berries and smoky spice. It really pleased my palate, with luscious flavors of black cherry, ripe plum and smoky bacon. It was much spicier than the Shiraz and had a fairly long and satisfying finish. Tannins were restrained and this would be a great BBQ wine. Even those who don't like Pinotage may find they enjoy this wine. A very good value at $10 and one I highly recommend.
Posted by Richard Auffrey at 6:00 AM

Thanks - I love these new style South African wines - Golden Kaan is a great brand - look them up at www.facebook.com :
(The House of Golden Kaan) - they have a great vivitor centre / tasting room! Robertson, South Africa