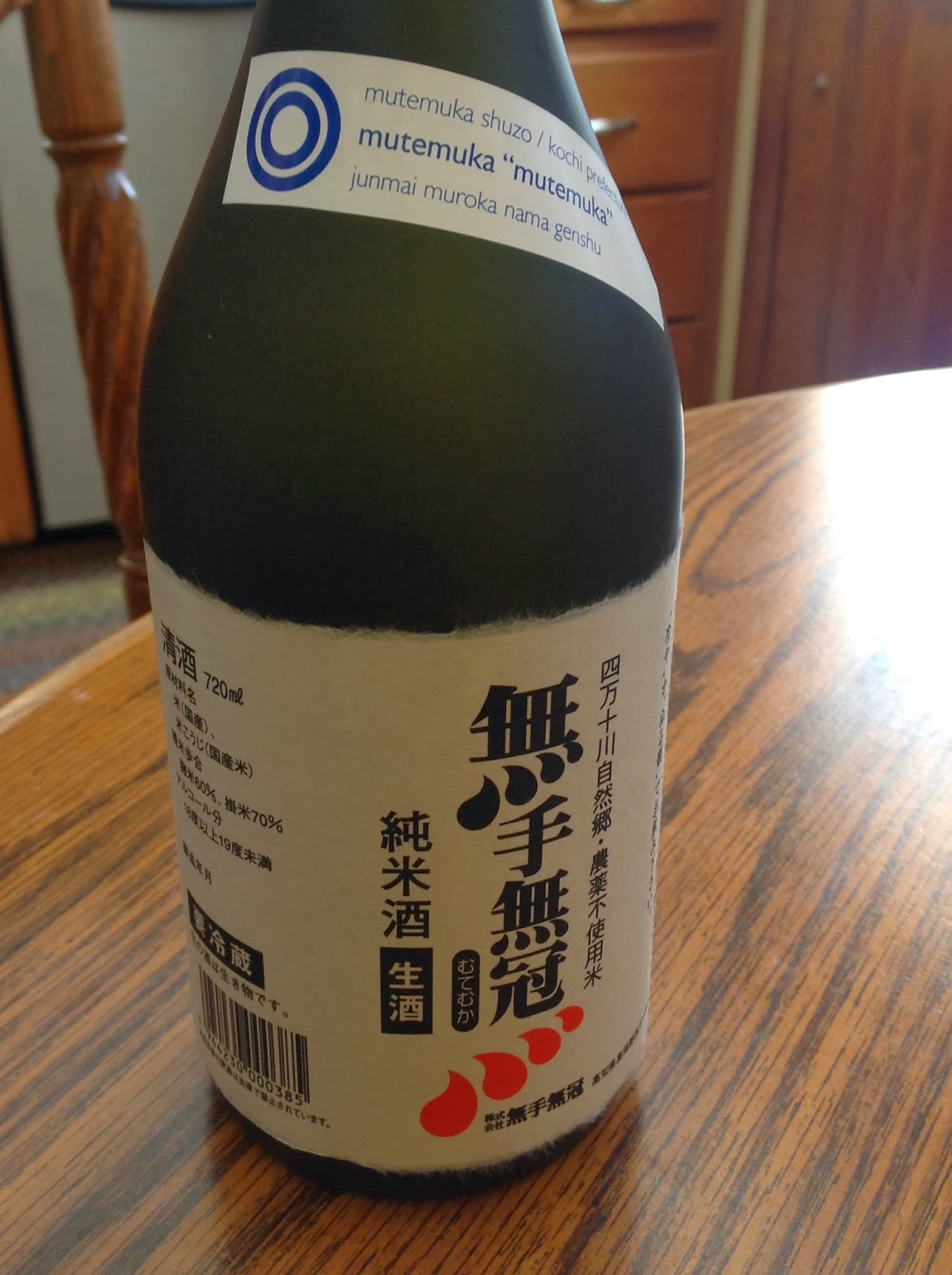 Organic Sake is a rarity, largely due to the nature of rice agriculture in Japan. Most rice is cultivated on hillside terraces where water filters down through the terraces from the top of the hill. Thus, if you want to be organic, all of your neighbors above you on the hill must also be organic, or their water would corrupt your efforts. Plus, it can be difficult if your close neighbors use pesticides, which can easily blow in the wind onto your terraces.

In addition, Japan has strict regulations concerning organic Sake, not only in the fields but also in the brewery itself. It takes a great commitment to become organic. You must also realize that yields of organic rice paddies are approximately 50% less than ordinary paddies, and organic production costs are about 25% higher. It isn't cheap to be organic, especially considering that rice is often the most expensive element in Sake production.

You may have seen some organic Sakes at your local shop but many of those actually use organic rice sourced from California. I previously reviewed one of the few organic Sakes that actually used organic rice from Japan. We must also understand that a Sake may be organic but hasn't received certification from the U.S.yet. It can be a confusing situation for consumers who seek out organic Sake.

Earlier this week, I drank an intriguing Sake from an organic producer, another excellent addition to the portfolio of The Floating World, a small Sake importer based in New Mexico. I previously raved about this importer and several of their compelling Sakes, and they sent me a sample of their newest acquisition.

The Mutemuka Junmai Muroka Nama Genshu ($76/720ml) is produced by the Mutemuka Shuzo, which is located in the Kōchi Prefecture and was founded in 1893. The term "mutemuka" roughly translates as "a Sake made with pure intentions, without ornamentation." About 30 years ago, the brewery introduced organic farming to its rice, even though neighboring farmers weren't happy with his decision. The Kōchi Prefecture is well known for its numerous rivers and Mutemuka sits close to Shimanto River, famed for its purity and sometimes called "the last clear stream of Japan." Using water so pure only adds to the value of organic Sake.

As an aside, Mutemuka also makes shochu, a distilled liquor, and they produce a special type, kuri-jochu, chestnut shochu. This is supposed to be a smooth drink, and one will improve with age.

The Mutemuka Junmai Muroka Nama Genshu is more unique as it is a premium Sake made from two types of rice, including a table rice. For their moto, the yeast starter, they use Kaze Naruko, which is a Sake rice grown only in the Kōchi Prefecture. For the fermentation tank though, they use Hino-Hikari, a type of table rice, which means this Sake uses more table rice than Sake rice. Nearly all futsu-shu, ordinary Sake, is made from table rice but it is more a rarity in premium Sake. However, there are some excellent examples which indicate that quality Sake can be made from table rice. That should be good news to U.S. Sake producers who use table rice for their premium Sake.

For this Sake, the rice is polished down to 65%, and has an SMV of +5, which would tend to make you believe it should be dry. In this case, you would be correct. As it is a Muroka Nama Genshu, that means that it undergoes no charcoal filtration, pasteurization or dilution. As a Nama, you need to refrigerate it so it doesn't go bad. The Sake is also aged for about half a year at room temperature.

Up front, there is a fruity taste, some melon and pear notes, but that quickly transforms on your palate into a more savory and earthy element, which then dominates your mouth. A surge of umami floods your palate, with hints of herbal notes and a tinge of bitterness. It possesses a fascinating complexity and this is also a very food friendly Sake, especially because of its high umami. Another winner from The Floating World.
Posted by Richard Auffrey at 2:30 AM

Great review. This is one of my favorite brews.