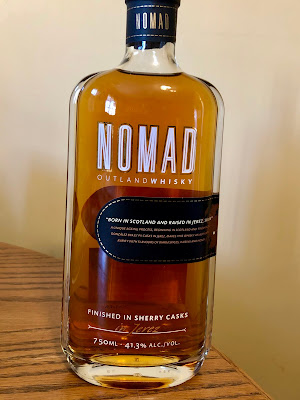 There are numerous wines and spirits which possess names which are worthy of protection, indicative of a specific place of origin which cannot be adequately replicated elsewhere. Some examples include Champagne, Port, Bourbon, and Cognac. Scotch Whisky is another example and the term is a Protected Geographical Indication (PGI), meaning it can only be produced in Scotland according to UK rules. No other distillery in any other country can claim to produce 'Scotch Whisky,' and if they tried, there are legal remedies to stop them from doing so.

What boggles my mind though is that some Scotch distilleries have chosen to ignore one of the Protected Geographical Indication of another country, Spain. Two years ago, I wrote, Rant: Whisky, Sherry Barrels & A Lack Of Transparency, detailing how some Scottish distilleries used the term 'Sherry' on their bottles, describing the type of barrels used for aging, when those barrels weren't actually from the Jerez-Xérès-Sherry DO. In its most simplistic, they use 'fake' Sherry barrels. For unknown reasons, this doesn't seem to be a significant matter though it certainly should be.

As such, I'm always pleased to find a whiskey that uses authentic Sherry barrels, like the Nomad Outland Whisky ($49.99). This whiskey is an intriguing partnership between Richard Patterson, the famed Master Blender, with over 50 years of experience, of Whyte & Mackay and Antonio Flores, the Master Blender of González Byass, an esteemed Sherry House. As the whiskey is aged in both Scotland and Spain, it was given the name 'Nomad,' indicative of its travels.

The base is a blended whiskey, at 41.3% ABV, produced from a melange of over 30 different malt and grain whiskies, each 5-8 years old, from the Speyside and Highlands regions. This blend is then aged in González Byass Pedro Ximénez Sherry barrels for three years. They had previously experimented with a variety of Sherry barrels, including Fino and Oloroso, but they ultimately selected Pedro Ximénez as best for their vision.

What then makes this whiskey more unique, is that it is then transported to Spain, to the city of Jerez, where it continues to age for another year, in the San Fernando cellar of González Byass, in old Pedro Ximénez Sherry barrels. This adds an intriguing element to the whiskey, aging in a vastly different climate than Scotland.

With a rich amber color, the Nomad has an appealing nose which definitely reminded me of Pedro Ximénez sherry, combined with a spicy undertone and subtle malt notes. The taste is compelling and complex, a wondrous melange of flavors of both whiskey and sherry. It is smooth and elegant, with a bold spicy aspect, and notes of vanilla, salted nuts, raisins, honey, and dried fruit. It is more dry, not sweet, despite the raisin and honey notes. The pleasing finish simply lingers and lingers within your mouth, and it beckons you toward another sip. Well-balanced, delicious, and unique. Highly recommended!
Posted by Richard Auffrey at 9:33 AM