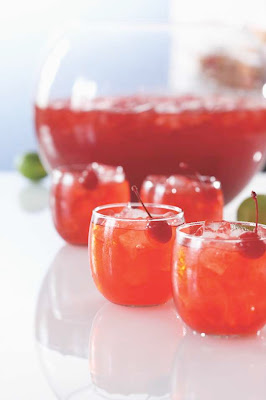 Raise a cocktail, made with rum, to celebrate today's holiday, National Rum Day!

I have been unable to determine the origin of this holiday. It could merely be a PR thing, but it seems to have taken on a life of its own. Though there is certainly nothing wrong with celebrating rum. My preference is for fine, aged dark rums which I'll drink on ice. I do enjoy rum as well in some cocktails, especially Mai Tais, Scorpion Bowls and others of that ilk. Though I have never been a fan of rum & coke. For some reason, the taste just does not appeal to me.

The first rum was probably made on Barbados though it was not called rum at the outstart. Before acquiring that name, it was often referred to as "Kill-Devil." Now doesn't that sound enticing?

A mellower rum did not arrive until around 1862. In 1829, Don Facundo Bacardi, Spanish wine merchant, moved to Cuba and he eventually created "light rum." This smoother rum worked very well in cocktails.

One of the most unusual facts I have read about rum is that in 19th century England, men would occasionally auction off their wives in exchange for rum.

Have you tried Mount Gay Rum? Hailing from Barbados, they still use both a pot still and a column still. Mount Gay Rum Punch is supposed to be the traditional welcome cocktail of Barbados.

Mix the lime juice, water and sugar syrup. Combine the mixture with grenadine syrup and Mount Gay Rum. Add the Angostura Bitters and stir well. Sprinkle with grated nutmeg and garnish with a cherry. Serves eight.

Stay tuned soon for some reviews of Mount Gay Rum.
Posted by Richard Auffrey at 10:00 AM