Cantina Santa Maria La Palma: All Aboard For Sardinian Wines 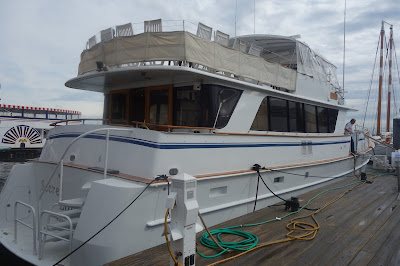 It seems appropriate then when you are tasting the wines from an island in the Mediterranean Sea, especially when one of those wines is aged beneath the sea, that you taste those wines aboard a boat cruising the water.

I was invited as a media guest to taste the wines of Cantina Santa Maria La Palma, a winery on the island of Sardinia, aboard a boat from the Stellar Yacht Cruises that toured the Boston Harbor. It happened to be a beautiful day, so there were calm waters and plenty of sunshine, the perfect setting for a wine tasting and lunch. 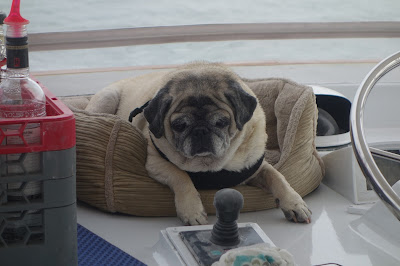 The First Mate. He helped keep an eye on the Captain. 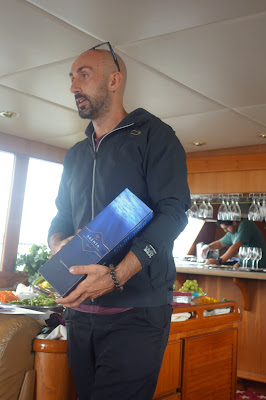 The tasting was led by Igor Profili of Cantina Santa Maria La Palma, a personable and charming advocate for these Sardinian wines. The winery was established as a cooperative in 1959 when one hundred growers decided to work together to produce wine. Currently, the cooperative includes about 300 farmers, working on approximately 700 hectares, with each farmer maintaining about 2-3 hectares. Many of the vineyards are about 20-30 years old, and Vermentino is grown on about 320 hectares while Cannonau is grown on about 106 hectares. The cooperative, which produces about 5 million bottles each year, is the largest producer of Vermentino in the world. The winery makes a total of about 25 different wines, importing several to the U.S. 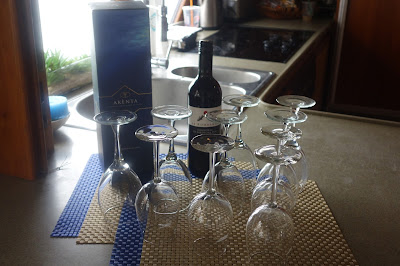 The origins of the Vermentino grape are murky, though there is evidence of its existence at least as far back as the 14th century in Liguria and the island of Corsica. It appears the grape likely came to Sardinia during the end of the 19th century, or possibly the early 20th century. Since that time, it has become the most important white grape on Sardinia and Vermentino di Sardegna DOC, established in 1988, can be produced anywhere on the island. There is also the Vermentino di Gallura DOCG, created in 1996, which is the only Vermentino-based DOCG.

The grape tends to produce aromatic and crisp wines, and is used to make a variety of different wine types. For example, under the Aragosta label, Cantina Santa Maria La Palma, makes four different Vermentino wines, including a Still, Sparkling, Spumante and Passito. Aragosta is the Italian word for the "spiny lobster" and it is pictured on the winery's labels. 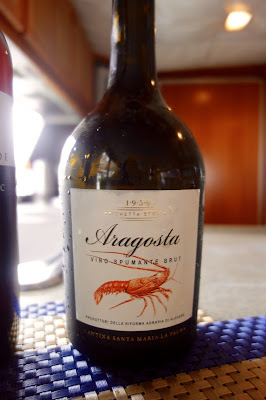 We began the tasting with the NV Aragosta Vino Spumante Brut, which was dry and crisp, with hints of almond and mineral notes. A pleasing aperitif, it would also pair well with Sushi and Seafood, as well as Pecorino and Sausage. 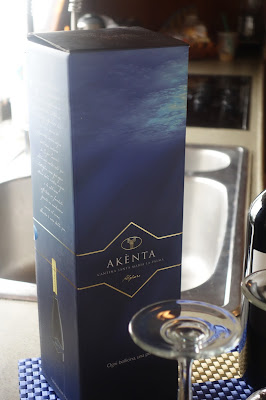 The NV Akenta Millesimato Spumante Extra Dry is made from 100% Vermentino, using the Charmat method, and it is aged on the lees for about 6 months. "Akenta" means "go for 100 years."  The grapes are from their best vineyards and it possesses 14 g/l of residual sugar. With a pale gold color, and tiny bubbles, is possessed an intruding aroma of stone fruit and almonds, with floral hints. On the palate, it was crisp with a slight touch of sweetness, and delicious flavors of peach, apple, and a mild bready note. Elegant and delicious, I think this would work especially well with spicy foods. 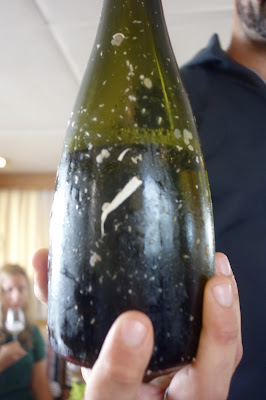 That doesn't look like an appealing bottle and if you saw it in person you would note the growths on the glass. However, this is actually a fascinating wine, one that has gone where few other bottles of wine dares to explore. The NV Akenta Underwater Millesimato Spumante Extra Dry is essentially the same as the above wine except for one major difference. This wine spent about six months aging beneath the sea, 40 meters down. Only 700 bottles are produced each year and it will likely retail for about $60-$70.

Igor was very honest about this wine, noting that marketing was the number one reason for conducting this experiment. However, the environment during the aging of that wine is likely to effect the final product. The cold temperatures of the water, the darkness and the pressure all played a role in creating this wine. When it is removed from the water, they don't clean the bottles so the bottles do have growths from sea creatures. The bottle is placed into a plastic bag, which possesses the label, to maintain the integrity of the condition of the bottle when it was under the sea.  I found this wine to be more full bodied, with a brighter gold color and smaller bubbles. It had a very similar taste profile, though I think the small bubbles helped to make it even more food friendly. 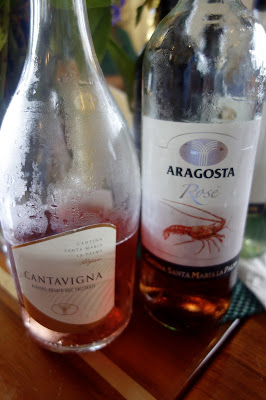 Their basic Vermentino still wine is the 2015 Aragosta Vermintino di Sardegna DOC of which they produce over 2 million bottles each year. Made from 100% Vermentino, it is crisp and bright, with a prominent fruity taste of apples and pear, with almond notes. An easy drinking, but not simple, wine, this would pair well with many different seafood dishes, as well as other foods, from chicken to  cheese. It is an also an excellent value, priced around $10, and I have drank this at home on numerous occasions.

The 2015 Aragosta Rosé Alghero Rosato DOC is produced from a combination of Cannonau and Monica grapes. Monica, which adds softness to the wine, has been traced back to 11th century Camaldolite monks who cultivated the grape. This is a winter Rosé, a bolder dry Rosé with a dark red color, a full body and pleasing red fruit flavors with herbal accents. Germany is a major market for this wine.

The Cantavigna Alghero Rosé Frizzante DOC is made from several red grapes, including Cannonau, and also is more of a winter Rosé. It has a lighter red color, a mild effervescence, and soft flavors of strawberry and cherry with some herbal notes. I could see this working well in the summer too, the effervescence helping to cleanse your palate. As such, this would be an excellent food wine too. 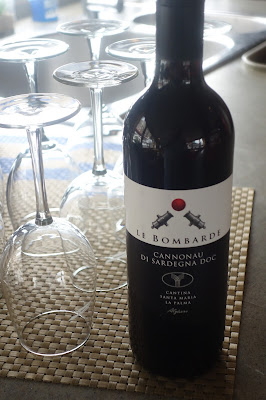 The final wine was the 2014 La Bombarde Cannonau di Sardegna DOC ($10-$12), made from 100% Cannonau, which you might better know as Grenache. It is the most widely grown red grape on Sardinia and dates back on Sardinia to at least the 17th century. From their website, I'll note: "Le Bombarde wine takes the name from the beach where, even today, we find vineyards of red grapes such as Cannonau and Monica di Sardegna . The cannons, represented on the label, are the symbol of the defence and the pride of the Sardinian coastal territory, that over the centuries has suffered invasions by various dominations including the Aragonese and Spanish. They are the emblem of the strong and determined character of these grapes."

With a medium red color, this wine has a compelling fruity aroma, and on the palate you get bold flavors of strawberry and cherry, with mildly spicy notes though the wine sees no oak. It is easy drinking and smooth, dry and robust, with a moderately long finish. This would be an excellent wine with pork and other meats, hard cheeses and fish such as salmon and tuna. You could even put this on you table for Thanksgiving. At this price point, it's an excellent value and highly recommended. 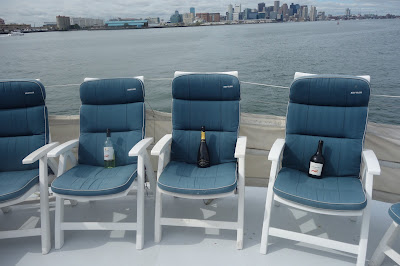 Next time you visit a wine shop, seek out the wines of Sardinia, made from Vermentino or Cannanou.  Look for the wines of Cantina Santa Maria La Palma, especially their excellent value ones. They are food friendly wines which should appeal to most wine lovers. Stock up on them for your holiday parties and I'm sure your guests will be pleased.
Posted by Richard Auffrey at 3:00 AM