An Early History of Champagne: Part 2 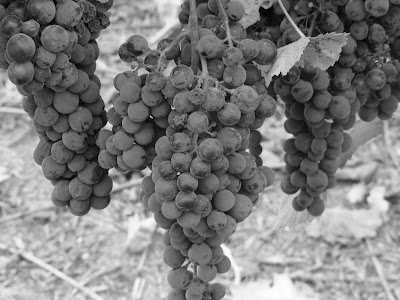 Clovis I is considered to be the founder of the Merovingian dynasty, named for his grandfather Merovech, and they would rule the Franks for almost 250 years, until 752 A.D. During the 7th century, under the Merovingian reign, many great abbeys were established in the Champagne region, including Avenay, Epernay, and Hautvillers. Over the next few centuries, hundreds of monasteries would be established in the Champagne region, and for the Benedictines, wine production became their most profitable activity.

In 754 A.D., the Carolingian dynasty was founded, and within fifty years would become the rulers of an empire with the coronation of Charlemagne in 800 A.D. This had a strongly positive impact upon wine production as Charlemagne actively encouraged the planting of vineyards and wine making. He also introduced laws in an attempt to promote proper hygience in the production of wine, even encouraging the use of wine presses rather than trodding on the grapes with feet.

Reims became significant once again, though for a coronation not a baptism. In 816 A.D., Louis the Pious, the son of Charlemagne, would be coronated in Reims as co-emperor, the first time any coronation had ever occurred there. At this great event, the attendees drank the wine of the region, and the attendess would spread the word about the quality of the wines. The wines were generally split into two types, vins de la montagne (the mountain of Reims) and vins de la riviere (the Marne River at Epernay). The wines of the village of Ay, usually light red wines, were still highly famed, and would remain so for many centuries afterwards.

Yet not everything was rosy. Throughout history, the region of Champagne has been a battleground during numerous wars and conflicts. For example, during the 10th century, Reims would be the subject of four different sieges while Epernay was raided at least six times, and their vineyards were set afire.  In the centuries to come, war would continue to plague the region at various times. Despite the devastation suffered numerous times by this region, it always found a way to perserve and return to its former glories. In some respects, this resembles the resilience of the sherry region in Spain, which too experienced numerous calamities but always made a comeback.

Despite the coronation of Louis the Pious, and the attention paid to the wines of Champagne, the region still was not widely known for their wines. In fact, during the 12th to 13th centuries, Champagne was best known as the site of international cloth fairs, which brought merchants from all across Europe. This helped promote their wines, though the wine industry still remain relatively low key.

At that time, light white wines were the most popular, but as the 14th century began, the wines of Champagne became to be known for some effervescence due to secondary fermentation. The colder, northern climate creates a short growing season and by the time the grapes had been harvested and fermented, the first winter frosts often began, halting further fermentation. In the spring, when the weather warmed, the fermentation would suddenly begin again, creating the effervescence.  As the century proceeded, tastes began to change, and there was a move toward light red wines or white wines with some color.

The 14th century also brought about the beginning, in 1337 A.D., of the Hundred Years War, which would last until 1453 A.D.  This war ravaged areas of Champagne repeatedly over its 116 years, and Anglo-Burgundians even destroyed numerous wine presses. This was a dire time for the wine industry of Champagne but perserverance and resilience were the order of the day. One of the great heroes of this time was Joan of Arc, who helped fight against the English invaders. On July 14, 1429, Joan and the French army arrived in Reims, which opened its gates to them without the need for a siege or battle. The next day, Charles VII was coronated in Reims.

Despite the war, the late 14th century also witnessed the start of an export trade to England and Flanders, bringing some of the wines of Champagne to foreign markets.  Those wines continued to improve and impress, so that in the 15th century, the famous wines of Ay, were awarded the equivalent of an appellation d’origine denomination. In Paris, those wines were considered exceptional and by the start of the 16th century, the popularity of the wines of Ay spread throughout Europe. And to think that Pliny the Elder had praised those wines almost 1500 years before.

The 16th century saw more threats to the vineyards of Champagne, though the century would end on a very positive note.  First, due to hunger issues, the battle between vineyards and cereal crops was reinstated and in 1566, Charles IX ordered that no more than 1/3 of any canton could be planted with vines. Fortunately that would be changed by Henri II, in 1577, who simply prohibited the excessive planting of vineyards. Then, as the century came to an end, King Henri IV, who ruled France from 1589 to 1610, helped to popularize the wines of Champagne, his favorite wines, in court, giving it a greater cachet, as well as continuing the connection of Champagne and royalty.

During all this time, the region of Champagne had been a group of independent cities, lacking a true sense of unity. It would not be until near the end of the 16th and the beginning of the 17th century, that Champagne would finally be united as an administrative entity. The 17th century would also see the beginnings of the Champagne we now know and love, yet maybe not in the way we think.