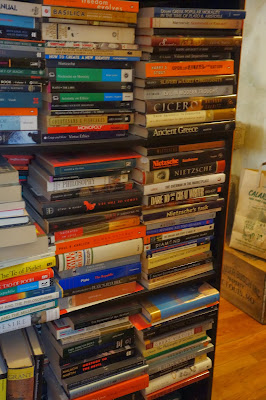 "Read as you taste fruit or savor wine, or enjoy friendship, love or life."
--George Herbert

I have returned with another volume in my fun series: Authors, Alcohol & Accolades. Please check Volume 1 for links to all of the prior installments. Each installment showcases some of my favorite authors, and I have returned to highlight more, and to delve into their drinks of choice. I have found this to provide a fascinating glimpse into the life of the writers I enjoy and hope you like the interviews as well.

You can look forward to further volumes in this series too, and any authors who are interested in participating in future volumes can contact me.

For this edition, I am doing something different, concentrating on a single book recommendation, a collection of horror short stories, and highlighting four authors and their stories. Splatterlands: Reawakening the Splatterpunk Revolution was edited by Anthony Rivera & Sharon Lawson, and published by Grey Matter Press (Twitter: @GreyMatterPress) in October 2013. It contains 13 short stories that will disturb you, that will reach into your soul with an icy claw and twist. These tales are not intended for the faint of heart or weak of stomach, but will reward those who savor dark fiction that pushes boundaries.

I've chosen my four favorite stories from this collection and asked the authors to tell me what they enjoy to drink.

J. Michael Major (Twitter: @MajorWriter)
J. Michael has previously published about three dozen short stories and one novel, One Man's Castle, a suspense thriller. He is also a member of the Horror Writers Association and Mystery Writers of America. In Splatterlands, his tale is A Letter To My Ex, which I found to be the most disturbing story in the collection. It involves the diabolical revenge of a scorned husband, outlined in a letter to his ex-wife. There isn't any gore in this story but it will still get under your skin and haunt you for days, if not longer.

J.Michael's Preferences: "To be honest, I really only have a few drinks a month, mostly on special occasions. For instance, I enjoy a full-bodied cabernet sauvignon at holiday dinners when relatives visit. Or a Tanqueray and tonic with a slice of lime when I listen to jazz on a quiet spring evening as a warm breeze wafts in through the open windows. Or a beer with friends during Bears or Blackhawks games or March Madness, mostly enjoying Hacker-Pschorr Original Oktoberfest, Samuel Adams, Stella Artois or Dos Equis. But my favorite drink of all-time is iced tea, three tea bags in a half-gallon old milk bottle, sun-brewed to perfection and always waiting for me. That's what I drink when I'm thirsty, my friends."

Allen Griffin (Twitter: @AGriffinAuthor)
Allen is an author and a musician who lives in Indianapolis, Indiana. He plays bass for Coffinworm and his stories have appeared in a number of magazines and anthologies. In Splatterlands, his story is The Viscera of Worship, an eerie, graphic tale that reminds me of the fiendish works of Clive Barker. It has mythic elements, exploring the dark corners of urban horror and will be sure to make your flesh crawl. There are some gory elements, but they fit within the eerie plot.

Allen's Preferences: "Primarily due to financial circumstances, I usually drink cheap, Coors Light being my go-to beverage of choice. As very active musician, I'm accustomed to making due with whatever is provided. However, whenever I can, I prefer to imbibe Maker's Mark or Knob Creek, or I am also a big fan of Hendrick's gin. Now my story "The Viscera of Worship" from the Splatterlands Anthology was written in my work van parked on the side of the road in the morning over the course of a few weeks, so it was primarily influenced by unhealthy quantities of energy drinks. While this was my only story I ever wrote completely in that environment, many of my stories have spent time in the van, something about the combination of caffeine and diesel fumes gets my creative juices flowing."

Christine Morgan (Twitter: @CMorganAuthor)
Christine, who works the overnight shift in a psychiatric facility, has written a number of novels, children's books, roleplaying supplements and her stories have appeared in over two dozen anthologies, magazines and e-chapbooks. In Splatterlands, her story is The Defiled, a historical tale of ravaging Vikings who pay an ultimate price for trespassing into the wrong area. This is the goriest and most brutal of the four stories, but it seems appropriate given the subject matter and setting of the story. It is an intense tale, and takes a twist near the end which will shock you.

Christine's Preferences: "When it comes to alcohol, I'm pretty much a lightweight and a wimp in terms of tolerance. I start listing sideways and getting loopy after about a drink and a half. There's a small window between loopy and maudlin, and a shorter one between maudlin and sleep. Goes right to my head. There's often a moment when I can FEEL it, the spongelike uptake of alcohol into my brain. Whee!

"That said, I prefer my drinkies sweet. As in, can't-taste-the-alcohol, form-of-a-dessert sweet. Blendy frozen goodness a la strawberry daiquiri or Baileys milkshake ... eggnog with butterscotch schnapps is a seasonal favorite ... Kahlua and cream, cocoa with a peppermint kick, extra-warmed-up coffee. My wine choices tend toward very fruity, or that choco-wine stuff. I like the mead, honey-sweet, not just because of my Viking-themed writing. Cider. Beer, but only at the lighter golden end of the spectrum."

Ray Garton (Twitter: @RayGarton)
Ray is a horror legend, the author of over 60 books, covering horror, suspect and crime. He lives in northern California and his newest novels include Meds and Trailer Park Noir. I've read several of his novels before, always enjoying his dark style, and you can't go wrong by choosing to read one of his books. In Splatterlands, his story is Housesitting by Ray Garton, and it is another story that basically eschews gore, yet still finds ways to unnerve the reader. When a woman house sits for her neighbor, she snoops and finds something she wishes she could forget. Another very disturbing tale which might make you reconsider whether you really know your neighbors or not.

Ray's Preferences: "Back in my drinking days, my beverage of choice was a Long Island ice tea when I was in a bar or restaurant. I didn’t particularly care for the taste — in fact, I think my face screwed up with every swallow — but it got me drunk fast, which is what I wanted. That’s why my drinking days had to come to an end.

"These days, my libations are much tamer. I used to be a big coffee drinker — and I was picky about my coffee — but it doesn’t agree with my aging stomach anymore. I’ve become very fond of tea. I like all kinds and enjoy trying new ones, but a particular favorite comes from a tea shop in the nearby town of Mt. Shasta called Sereni-tea. It’s their own herbal blend and it’s named after the shop, Sweet Sereni-tea. It contains cocoa peels, apple pieces, orange peels, roasted cocoa brittle and a few other ingredients, and it’s delicious. It’s in the low thirties today, and I think I’m going to have some right now."
Posted by Richard Auffrey at 3:00 AM

Sir Passionate. What a truly enjoyable read! It was very satisfying to find out what actually fuels the sick minds behind these disturbing Splatterpunk tales in our SPLATTERLANDS. I, for one, look forward to your next installment. And, considering I've already read all the others, that anticipation is palatable. :) Great stuff. Great blog. And tons of great advice overall. And thanks for getting us further in touch with the authors who make the horror world bleed.

Great blog -- and I'm so thrilled to be a part of it! Thank you!

I love your blog, Passionate Foodie! Thanks for including me in this installment.