All About The Seafood Expo North America 2014 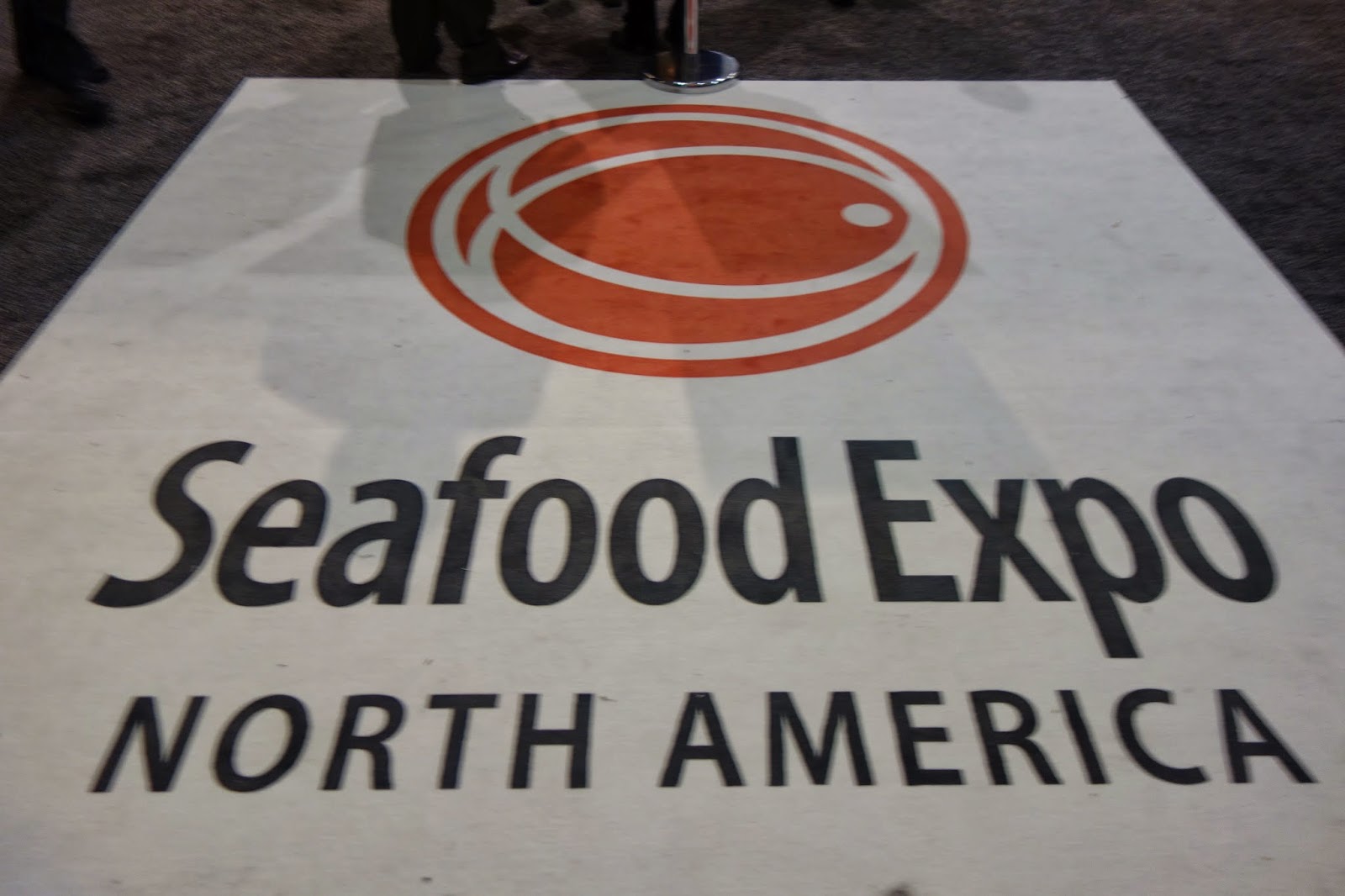 "The sea hath fish for every man."
--William Camden

Once again, I have spent the week surrounded by fish heads and polar bears, water and ice, fried fish and caviar. I've chatted with people from all over the world, delving into their stories of seafood, and written about much I have learned. I've also sampled plenty of seafood delights, from oysters to alligator, salmon to crabcakes. The lyrics to the "Fish Heads" song have been stuck in my head. That all can only mean one thing, that I recently attended the 2014 Seafood Expo North America (SENA), three days devoted to all things seafood.

In addition, the 4th Annual iPura Tweet & Blogfest at #SENA14 is winding down, and will end at midnight on March 20 (tonight!). This is a special contest for Boston area bloggers in which they compete to offer the "Best Overall Coverage" of the seafood expo. An impartial third party judges the contest and the top prize is a hefty $1000. As the reigning champion, I am trying to retain my crown, to win this contest again and continue to be known as the Fish Head Whisperer.

Over the last four years, the contest has grown, and this year there were approximately 15 bloggers who attended the Expo and will be potentially competing for the grand prize. This added competition ha been great, and has caused me to up my own game in my attempt to win once again. Many thanks go to iPura for holding this contest and for their continued support of local bloggers. 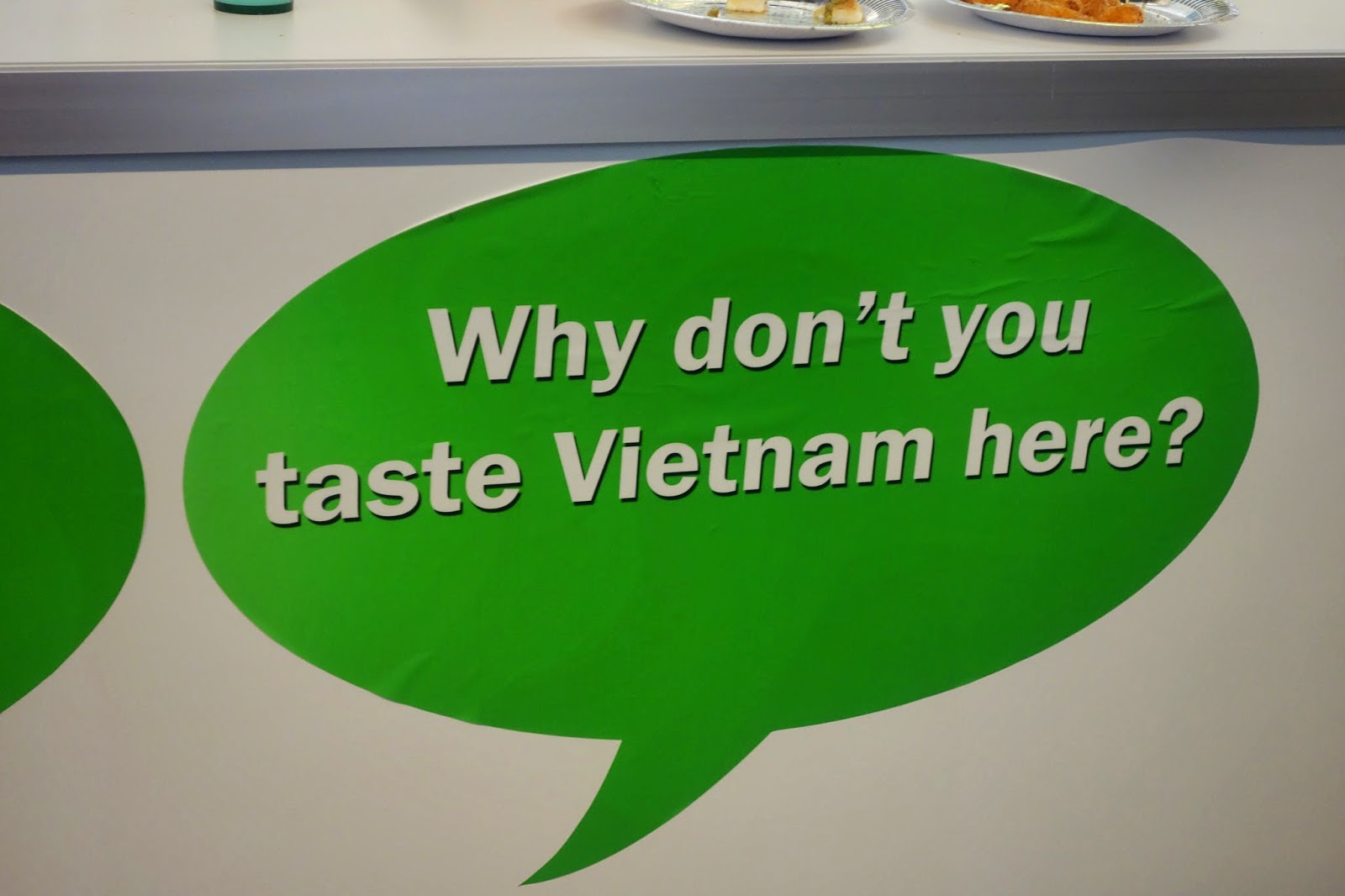 This year, the Blogfest includes a second prize, the "Seafood Sustainability Prize sponsored by the Global Aquaculture Alliance." This prize will be awarded to the blogger who "best captures the portrayal of seafood sustainability" at the Expo. The basic rules for this prize are similar to that of "Best Overall Coverage."  The prize will be free registration to the GOAL 2014 conference (a value of up to $2,000) which will be held in Vietnam this October. Two years ago, there was also a Sustainability Coverage contest and I won. Can I win this year's Sustainability prize too? 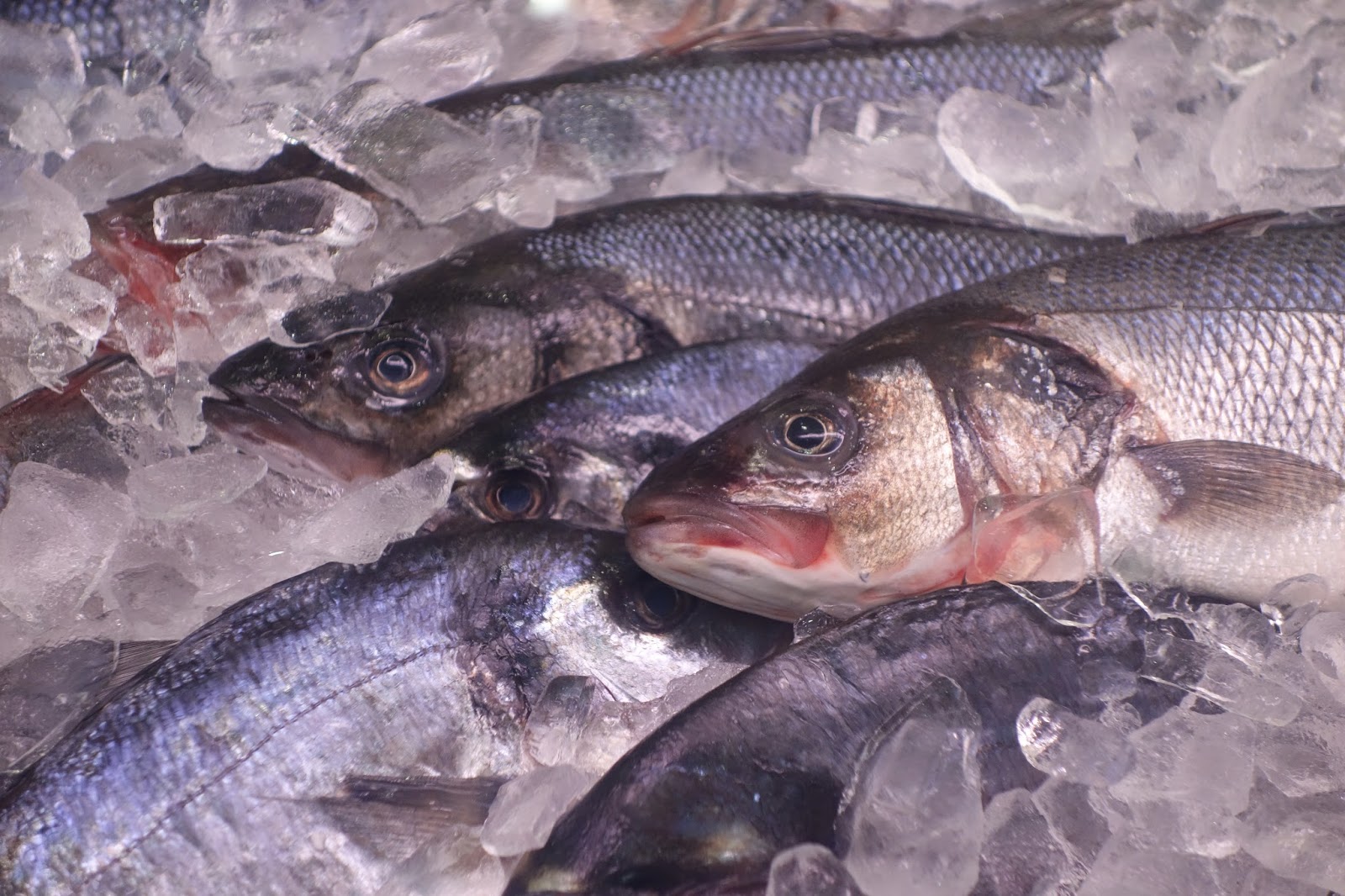 There is even a third prize this year, the "FDA, FSMA & Imported Seafood Safety Prize by ABC Research Laboratories." The $250 cash prize will be awarded to the blogger who best focuses on "on the changing regulations for imported seafood in the United States, especially as it relates to products detained by the FDA and new regulations under the Food Safety Modernization Act (FSMA)." This is certainly a more weighty topic and it was more of a challenge to compose an entry. I look forward to reading what other bloggers chose to write for this prize. 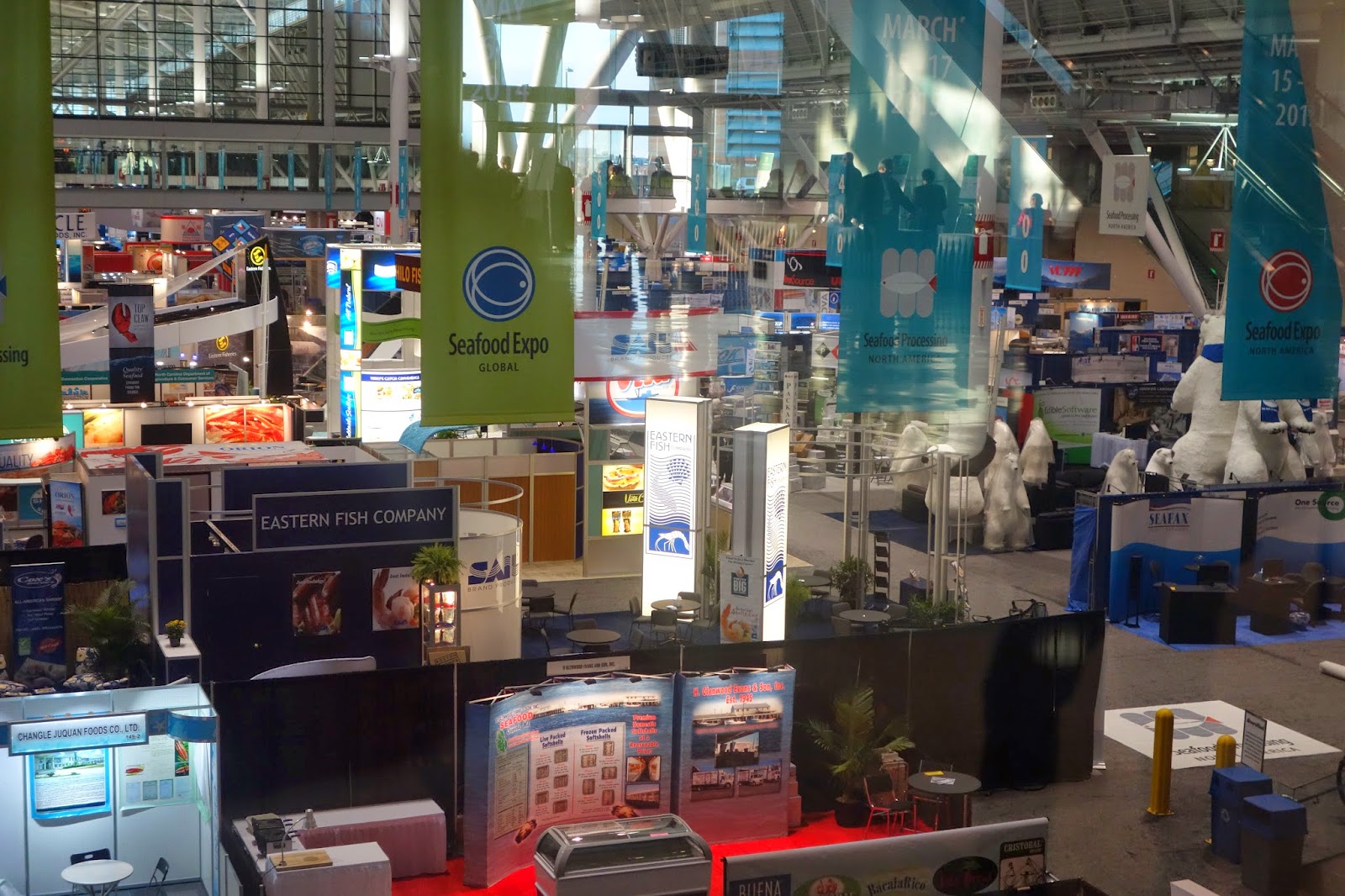 Four years ago, during the first Blogfest, I wrote four articles about the Seafood Expo and that was sufficient to win the grand prize. However, as the years have passed, and the competition has increased, I have worked even harder at my coverage of the Expo. This year, you can read about my experiences at this fascinating three-day show in twenty dozen articles. As a benefit for my readers, I am compiling links to all of my SENA articles into a single repository, this post.

The Seafood Expo is one of the highlights of my year, and it provides ample fodder for story ideas year round.  I would cover the Seafood Show even if the contest did not exist, but the contest provides some added incentive. I strongly believe that coverage of SENA by local bloggers will far surpass the coverage, by quantity and quality, of local print media. Most local print media will publish a single, cursory article about SENA while bloggers will provide multiple articles, of far greater depth. New media is stepping forward and delivering on its potential.

If you have any questions about the Seafood Expo, feel free to add them to the comments or email me. 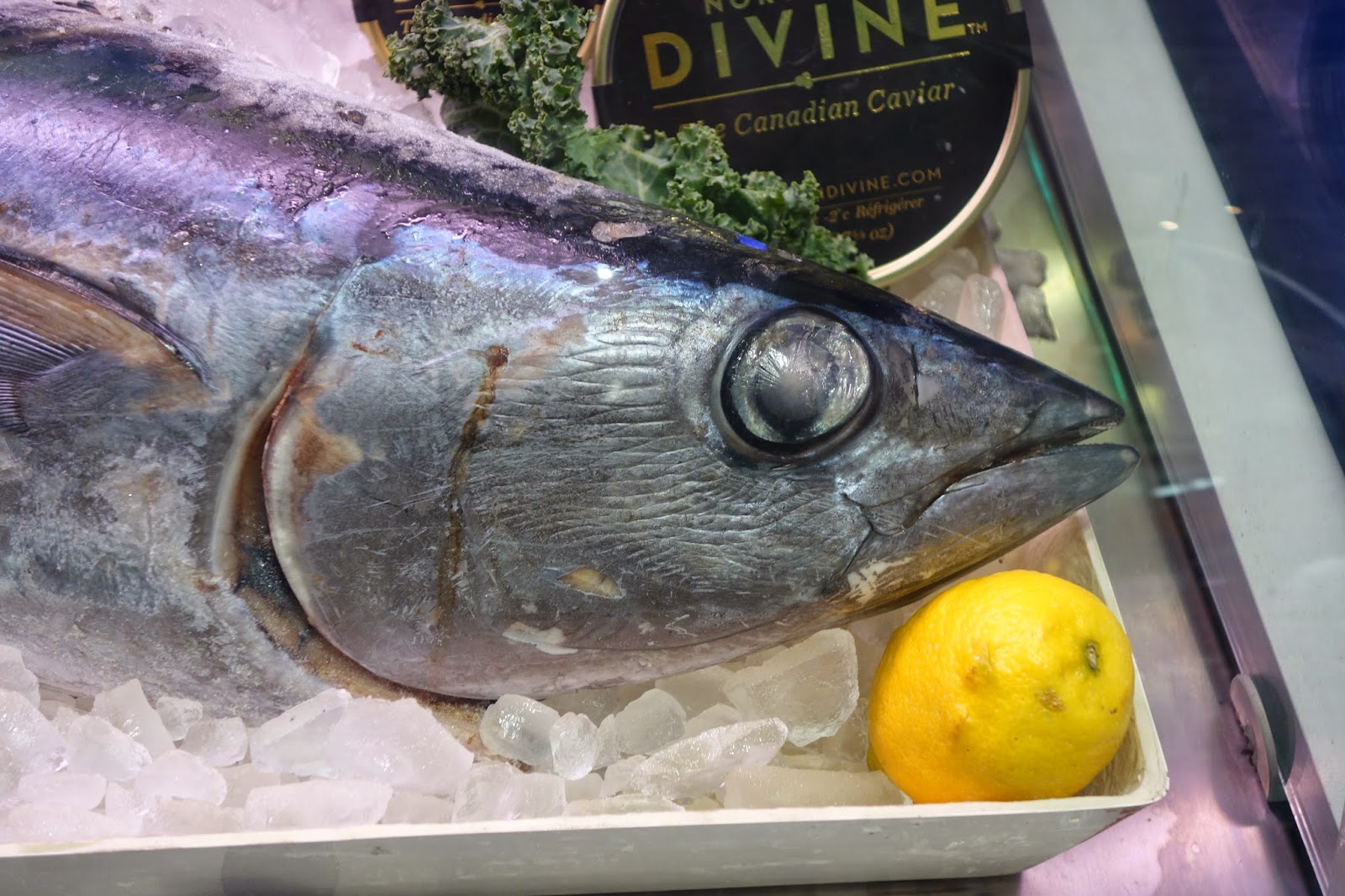 On this past Monday at SENA, the SeaFood Business released its second Show Daily magazine and I was pleased to see that one of my tweets had been selected as their "Tweet of the Day." My tweet stated: "At the @BostonSeafood Expo, you get to travel around the world, sampling the bounty of the Seven Seas. #SENA14." As they select only two tweets during the entire show for their daily magazine, I was honored to have been chosen. It is even cooler that this is the second year in a row that one of my tweets was chosen for inclusion in the Show Daily. 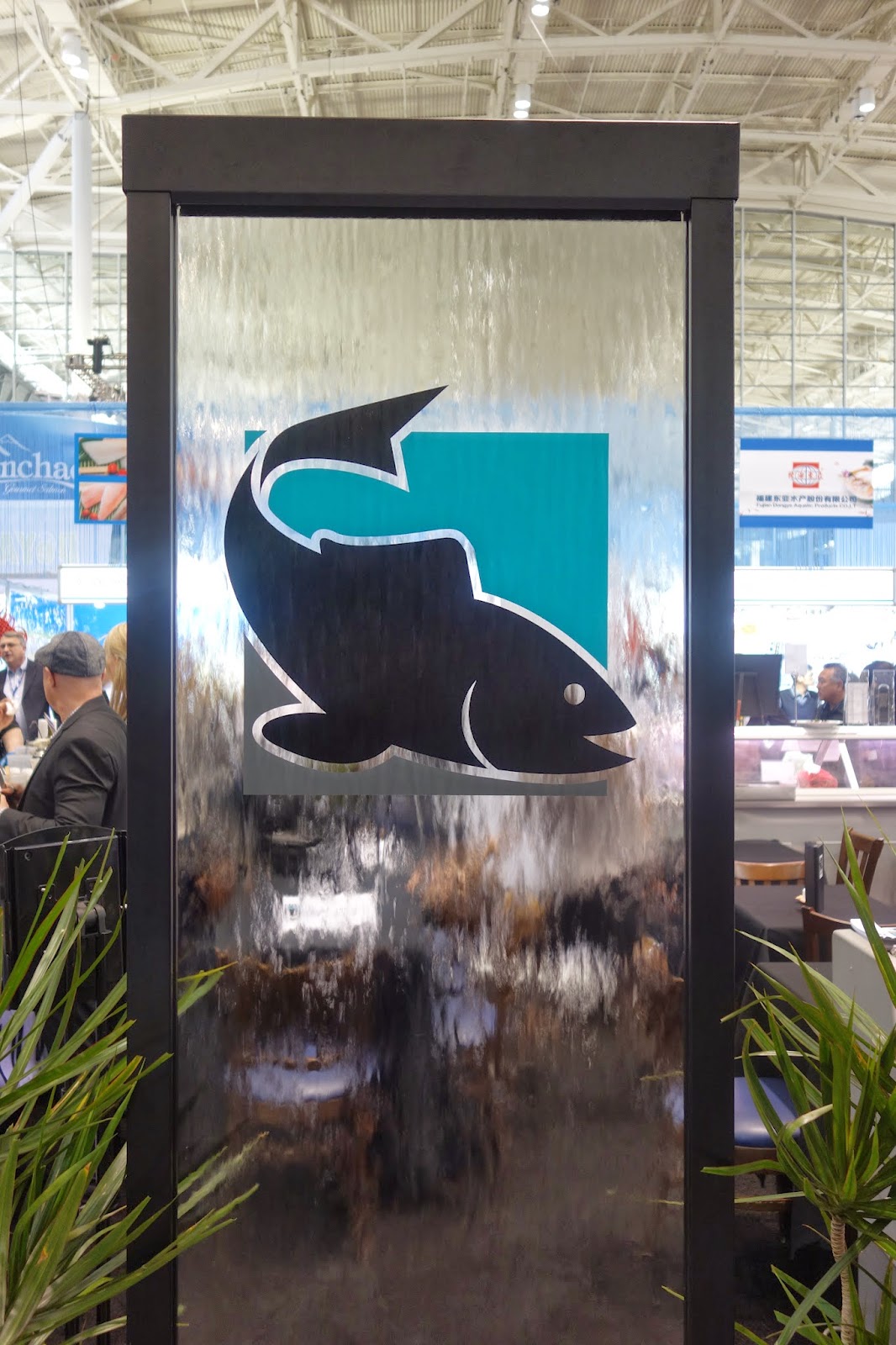 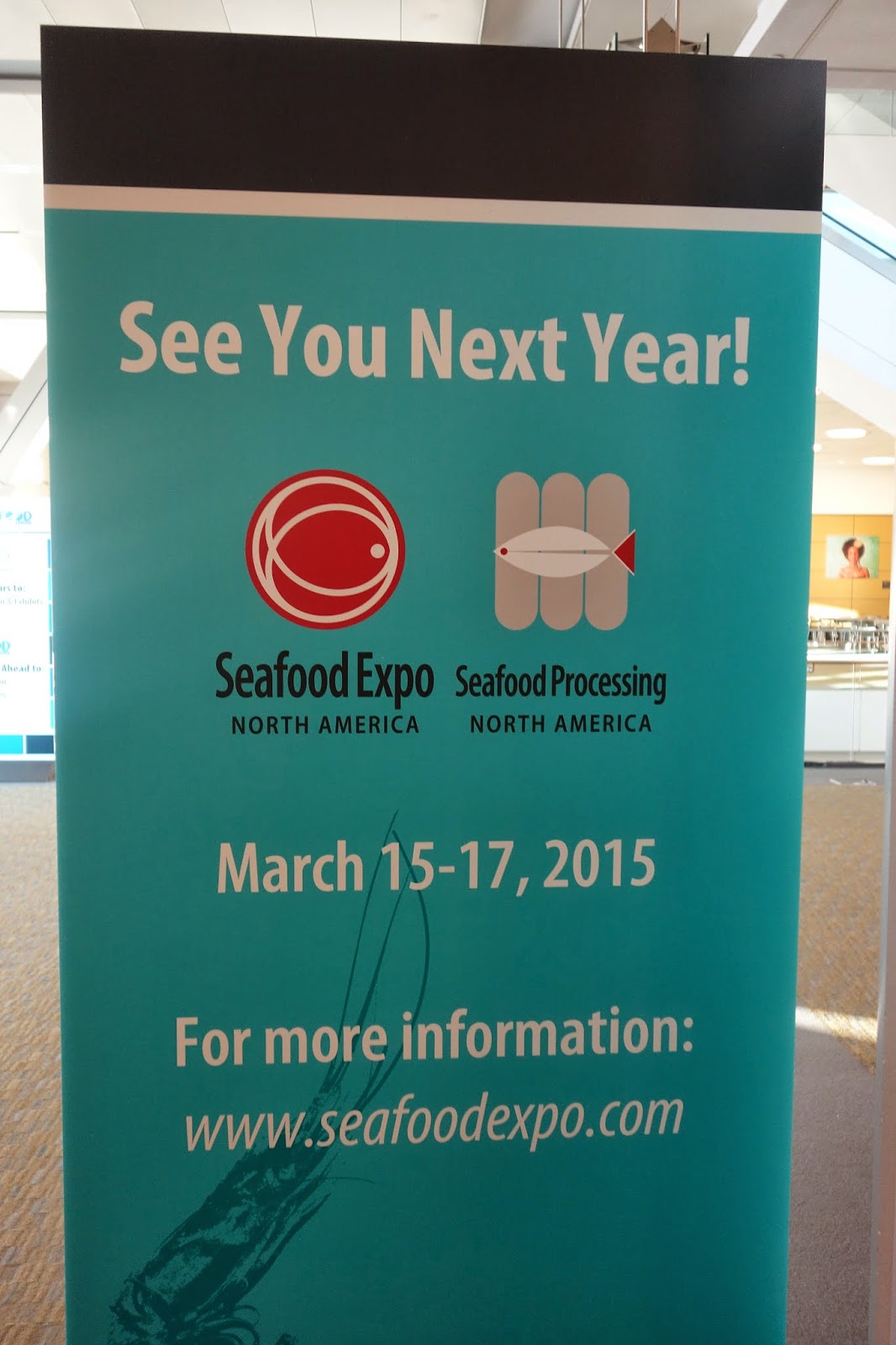 Will you attend the Seafood Expo North America in 2015? I hope to be there once again and would like to see some of my readers there too. I also hope to see even more bloggers there, spreading fish tales to all of their readers.

"Ocean is more ancient than the mountains, and freighted with the memories and the dreams of Time."
--H. P. Lovecraft
Posted by Richard Auffrey at 2:34 PM