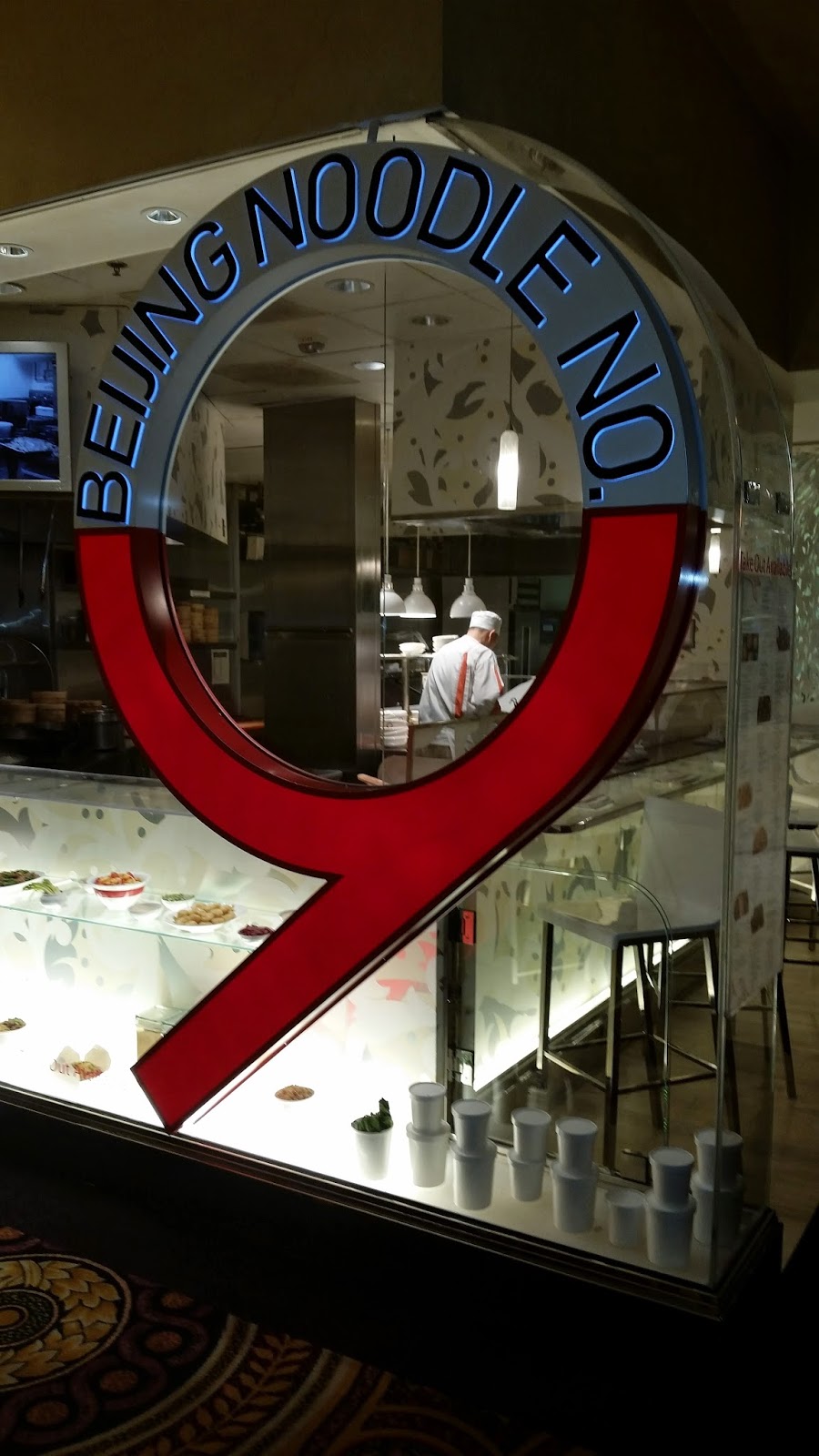 While recently in Vegas, my friends and I ate lunch at Beijing Noodle No.9, in Caesar's Palace, a place I positively reviewed five years ago. My experience this time was equally as positive, and I got to try several more dishes than I had previously. My only criticism is that their prices are higher than many you will find at many other Chinese restaurants, though you have to consider that this restaurant is located inside a major Vegas casino/hotel so you expect to pay a bit more. With the quality of the cuisine, you may not mind paying extra while you are on vacation. 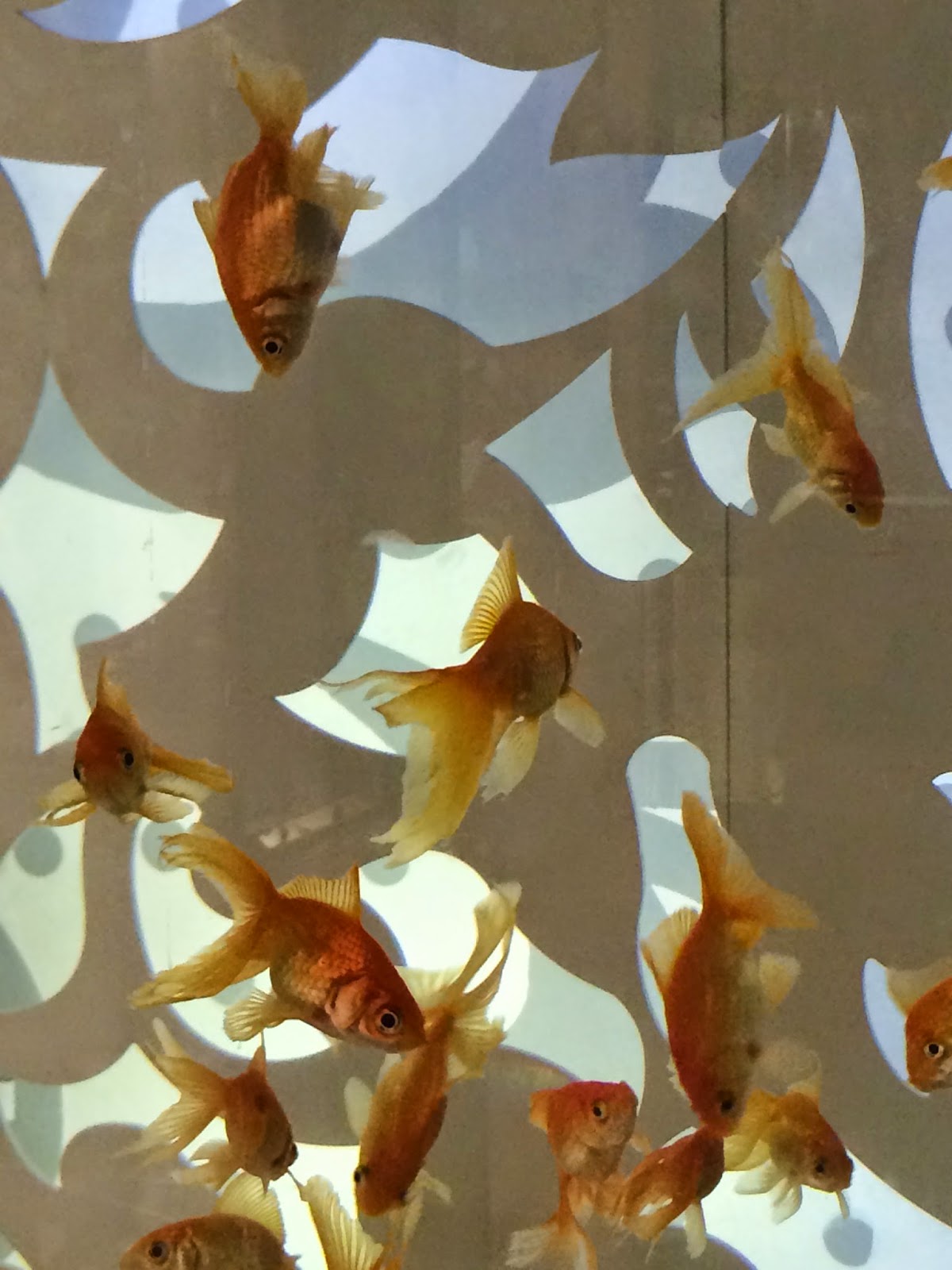 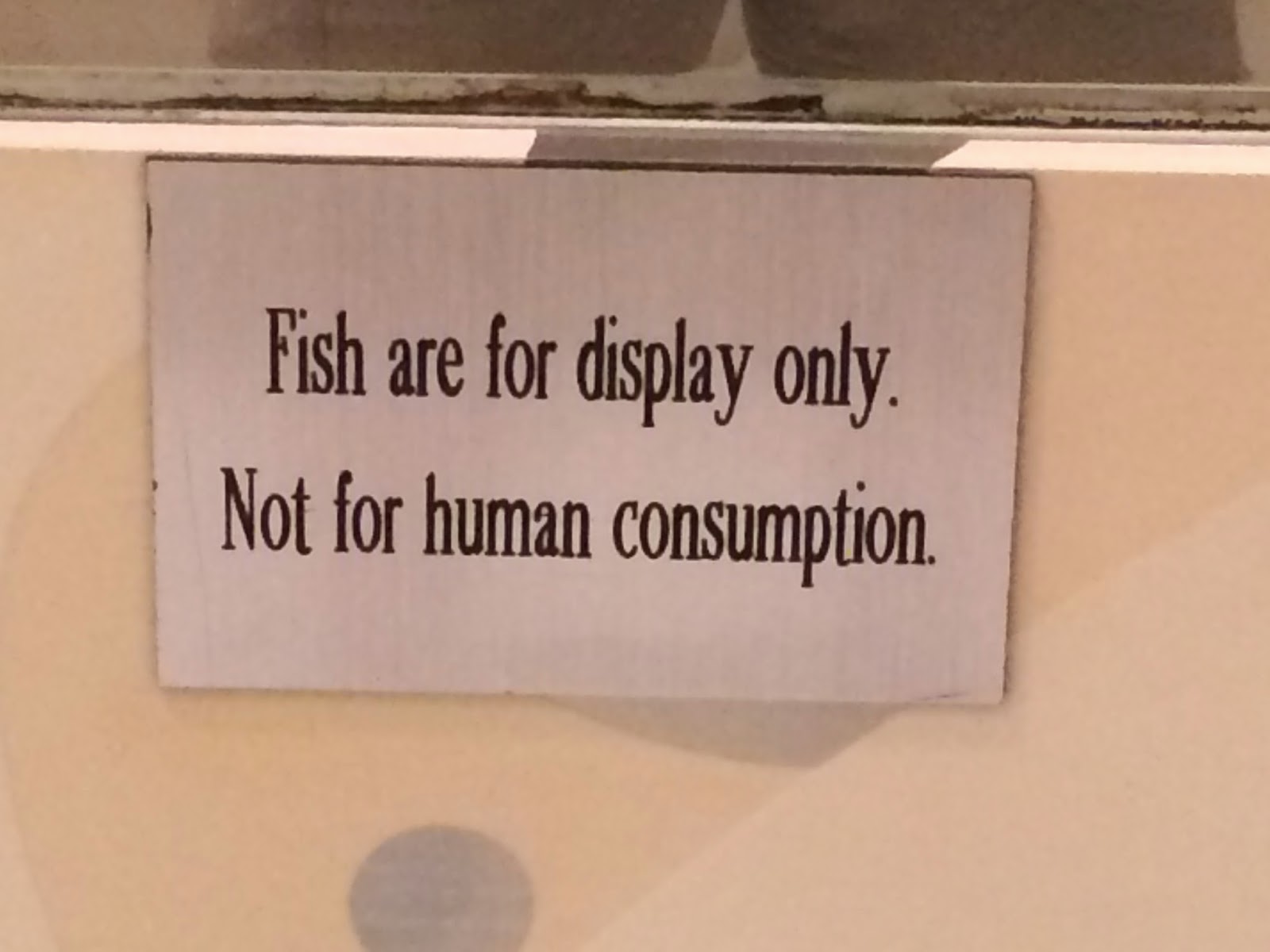 As I've mentioned before, as you walk into dining room, you'll pass huge fish tanks containing Ryukin goldfish. I thought the sign on the tanks was amusing. I guess they won't serve any Goldfish Dumplings.

The food menu is extensive, and it might take you time to decide what to order. You could dine here several times and never have to order the same thing twice. Dumplings, congee, hot pot, soup noodle, live seafood and so much more. We ordered a bunch of dishes to share, so we all could taste many different dishes, and that is probably your best option if you want to experience the diversity of their menu. 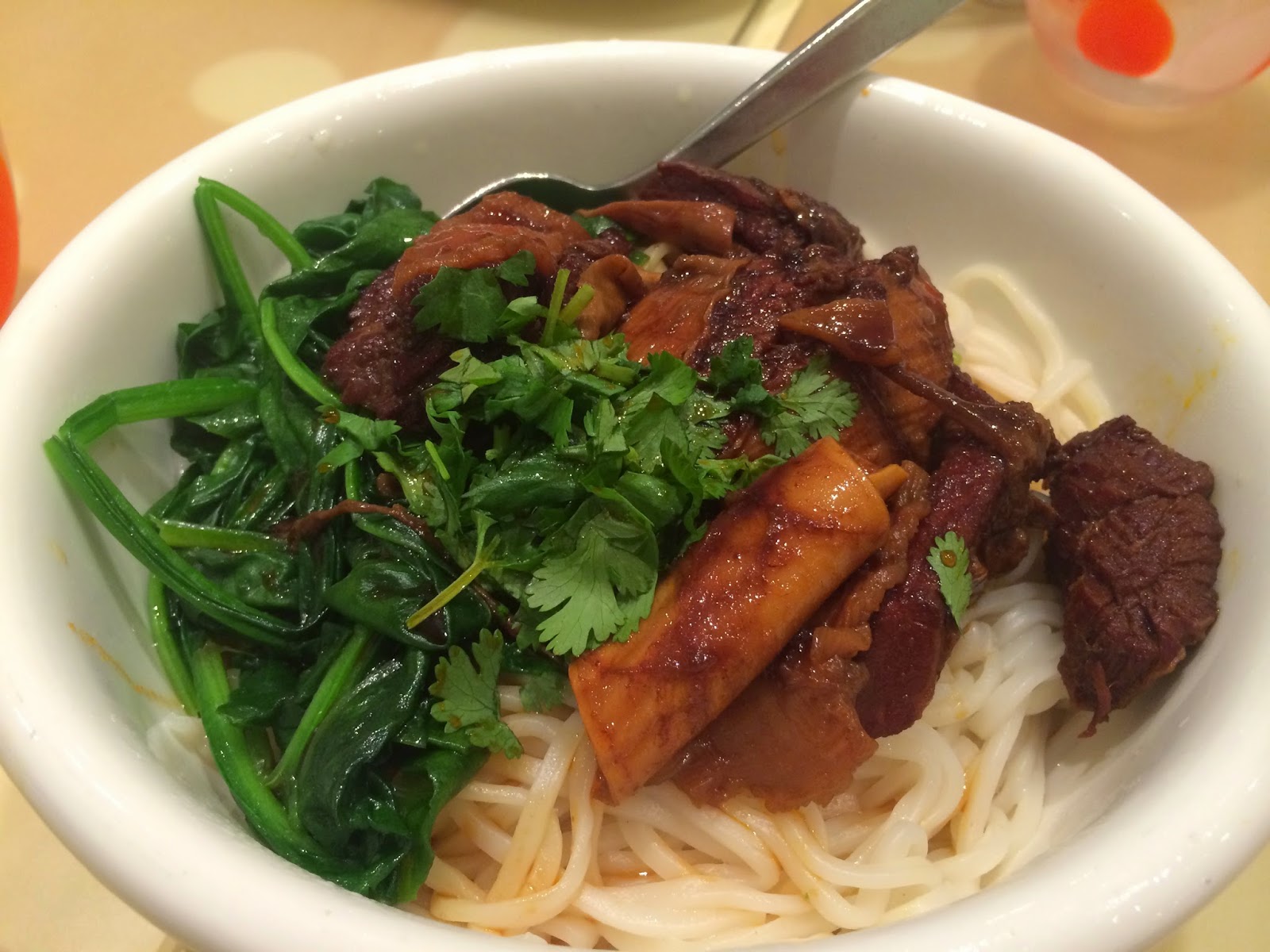 We started with the Beef With Hand Pull Noodle ($19.99), which was an excellent way to start. The noodles were more like thin soba noodles, and they had a great texture and flavor. There is a noticeable difference between these noodles, including a certain freshness, than the average ones you find at many other Asian spots. The beef was also tender and tasty. You can even watch them making the noodles at various times in the front window. You should try one of their hand pull noodle dishes. 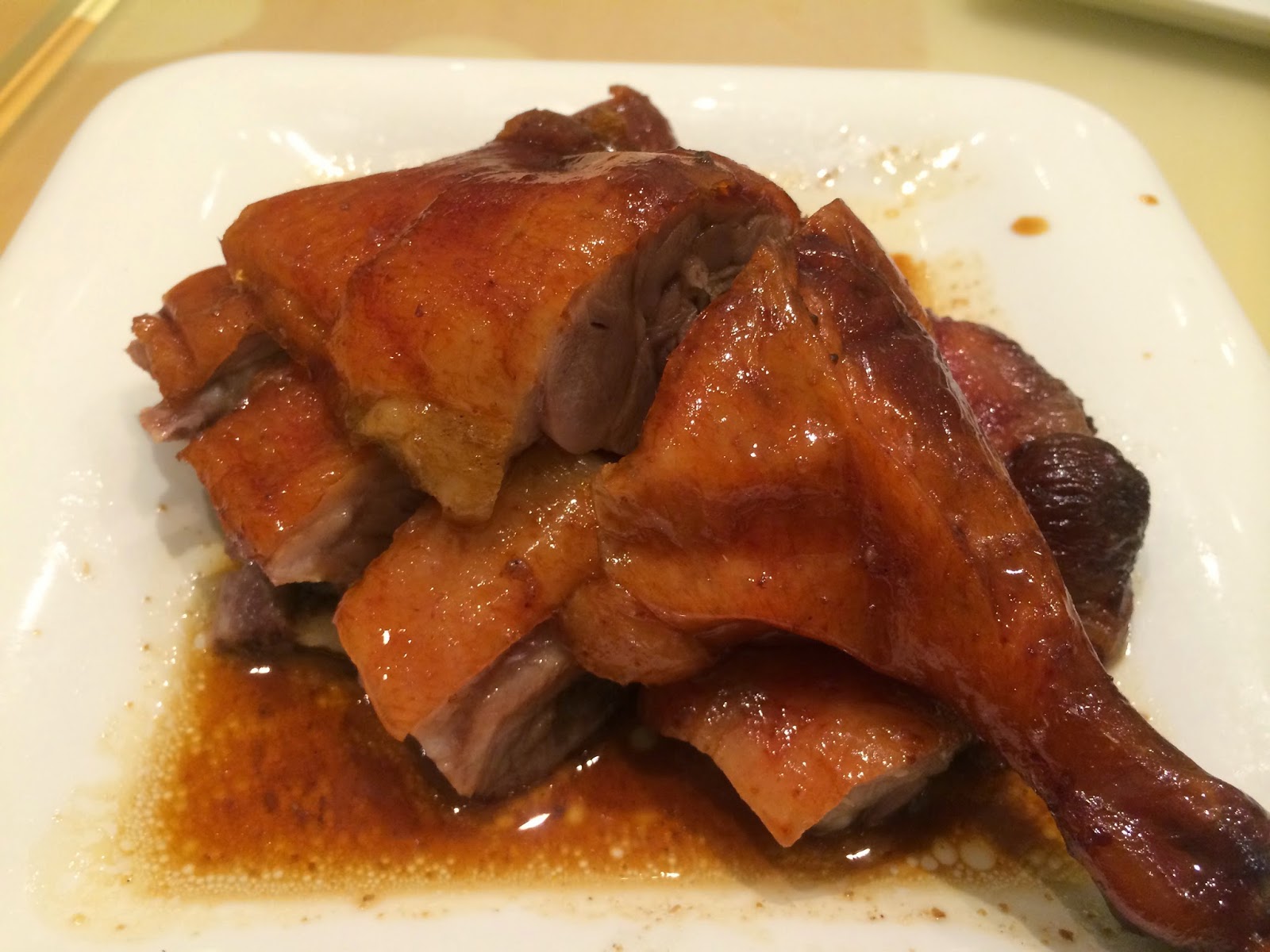 The BBQ Roast Duck ($16.99) was an ample portion of moist and flavorful duck with a sweetness from its sauce. 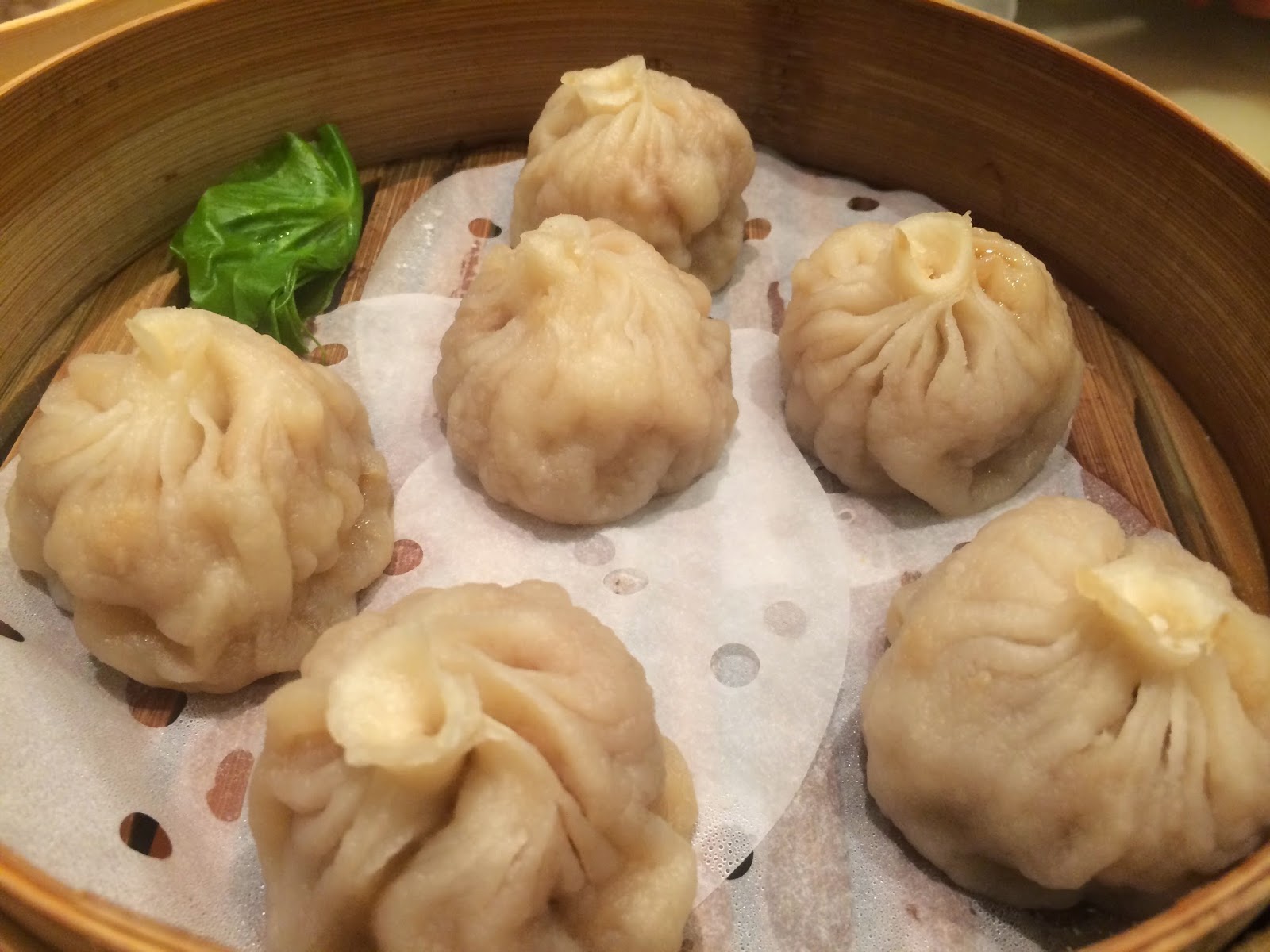 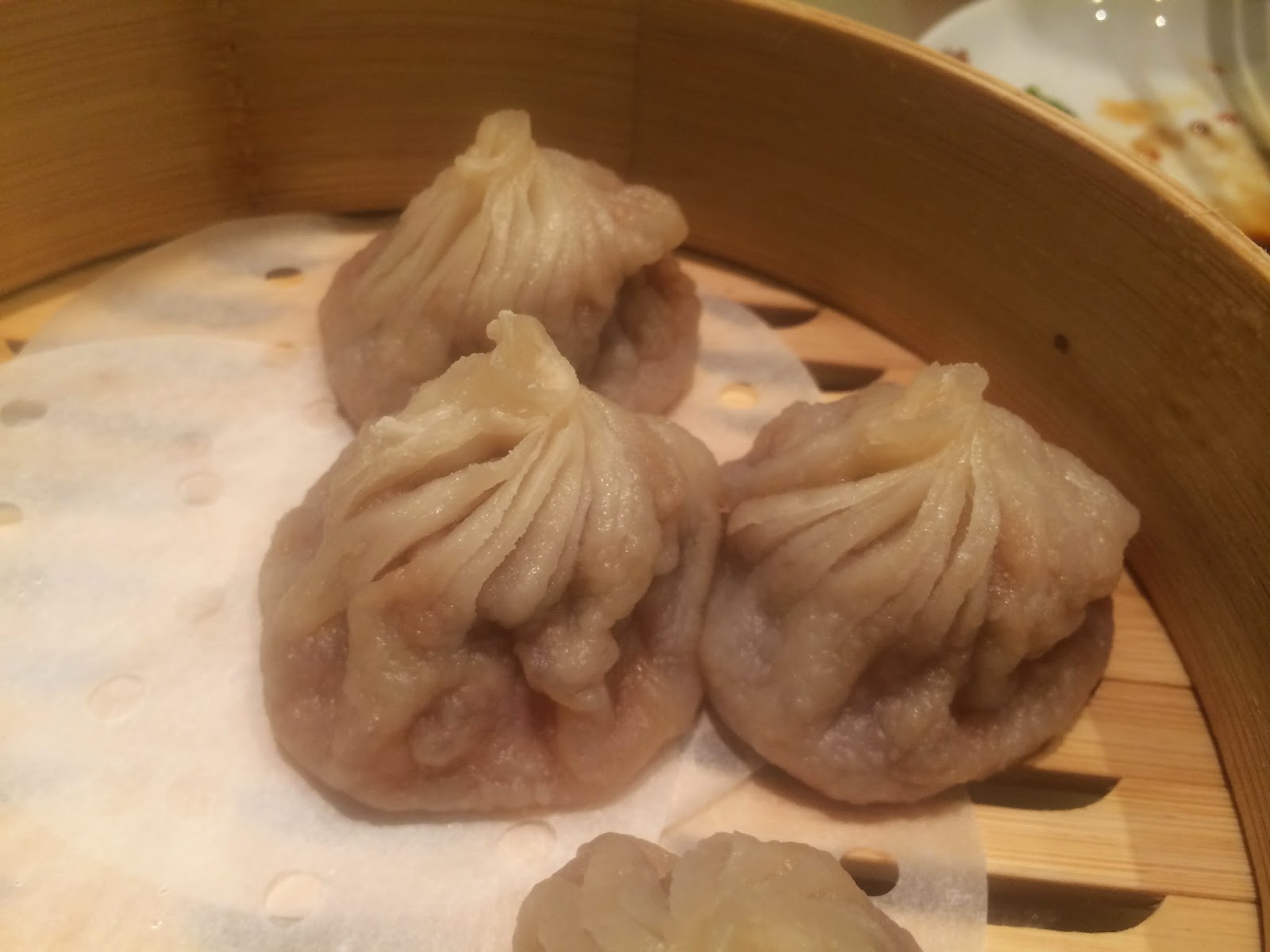 They have two different types of Soup Dumplings, the Beijing Noodle No.9 (6 for $12.99) and the Shanghai (6 for $12.99). Though both were good, I preferred the Shanghai which contained a little less meat and more soup. The soup was an umami burst of goodness, surrounded by the thin, light dumpling skins. These dumplings were so popular, we ordered a few extra dishes. 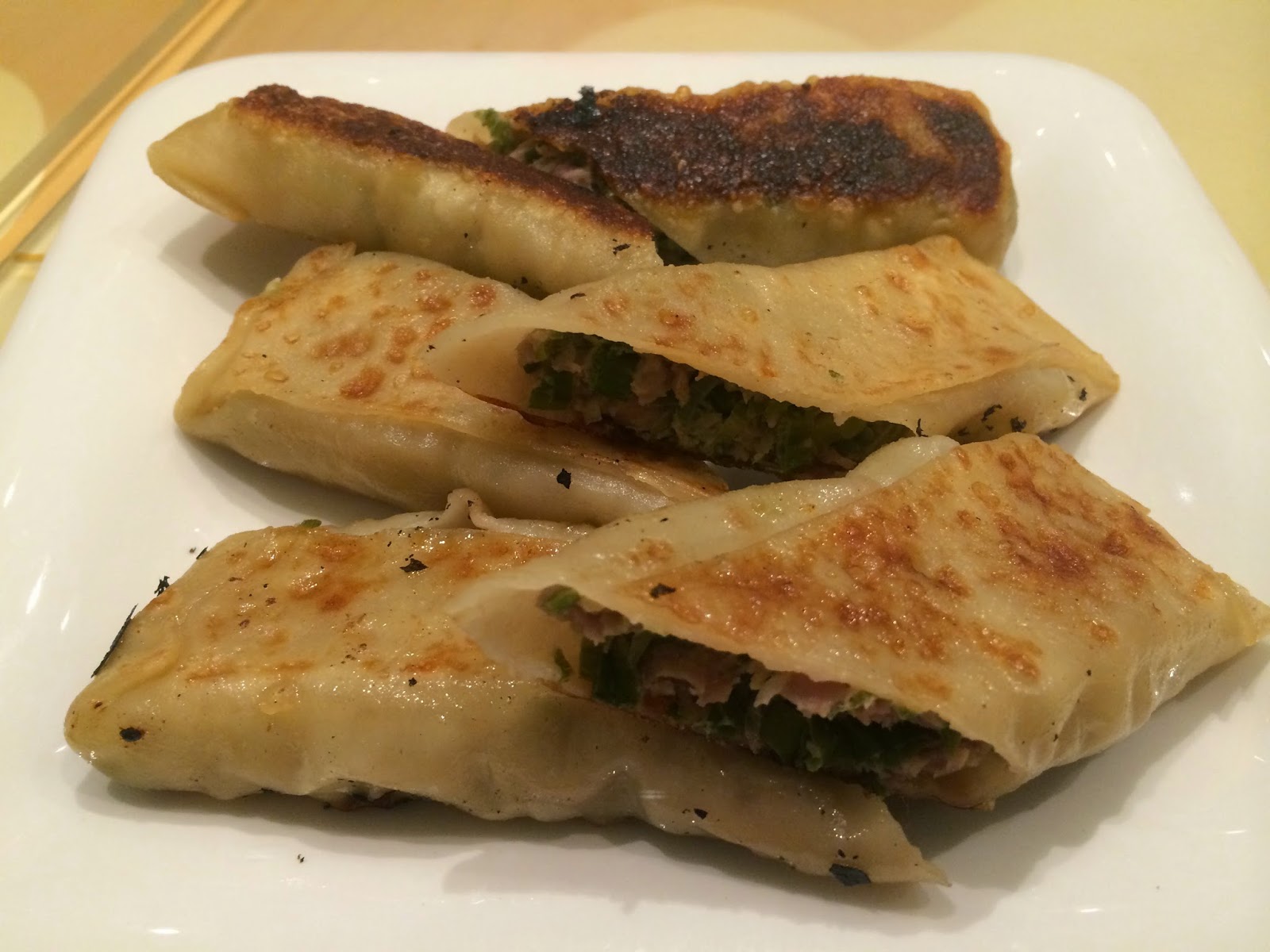 The Lamb Pancakes ($12.99) were like mini-sandwiches, filled with tasty ground lamb, which was spiced well, within a crispy, thin bread. 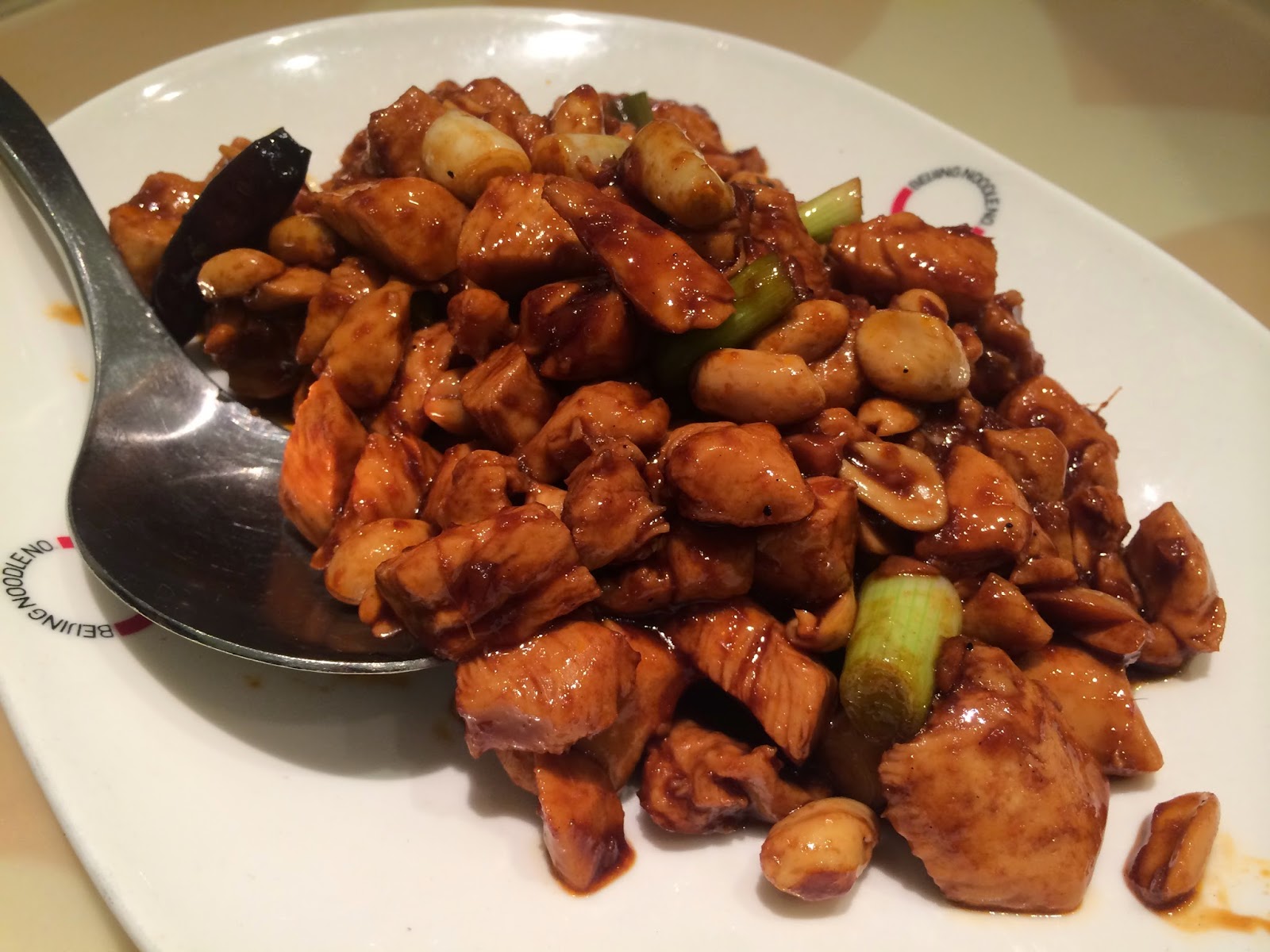 The Kung Pao Chicken ($16.99) was maybe the best example of this dish that I've ever tasted/ It was fresh, with a slightly spicy and compelling sauce and plenty of tender chicken. I probably could have devoured this entire dish myself. 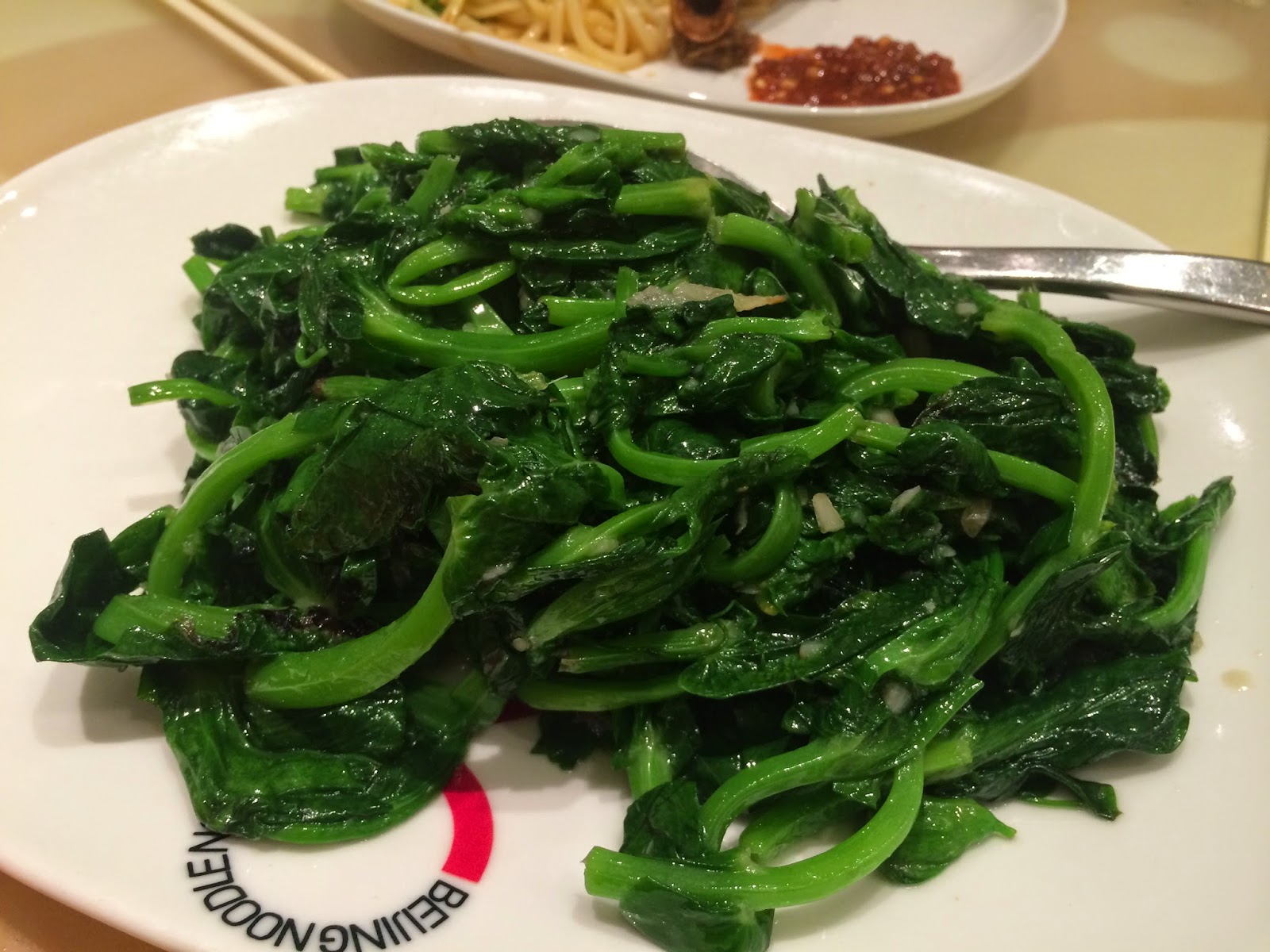 This is a vegetable dish, which I think might be the Pea Leaves with Golden Garlic. I didn't taste it but as the plate was nearly empty by the end of the meal, it was enjoyed by my friends. 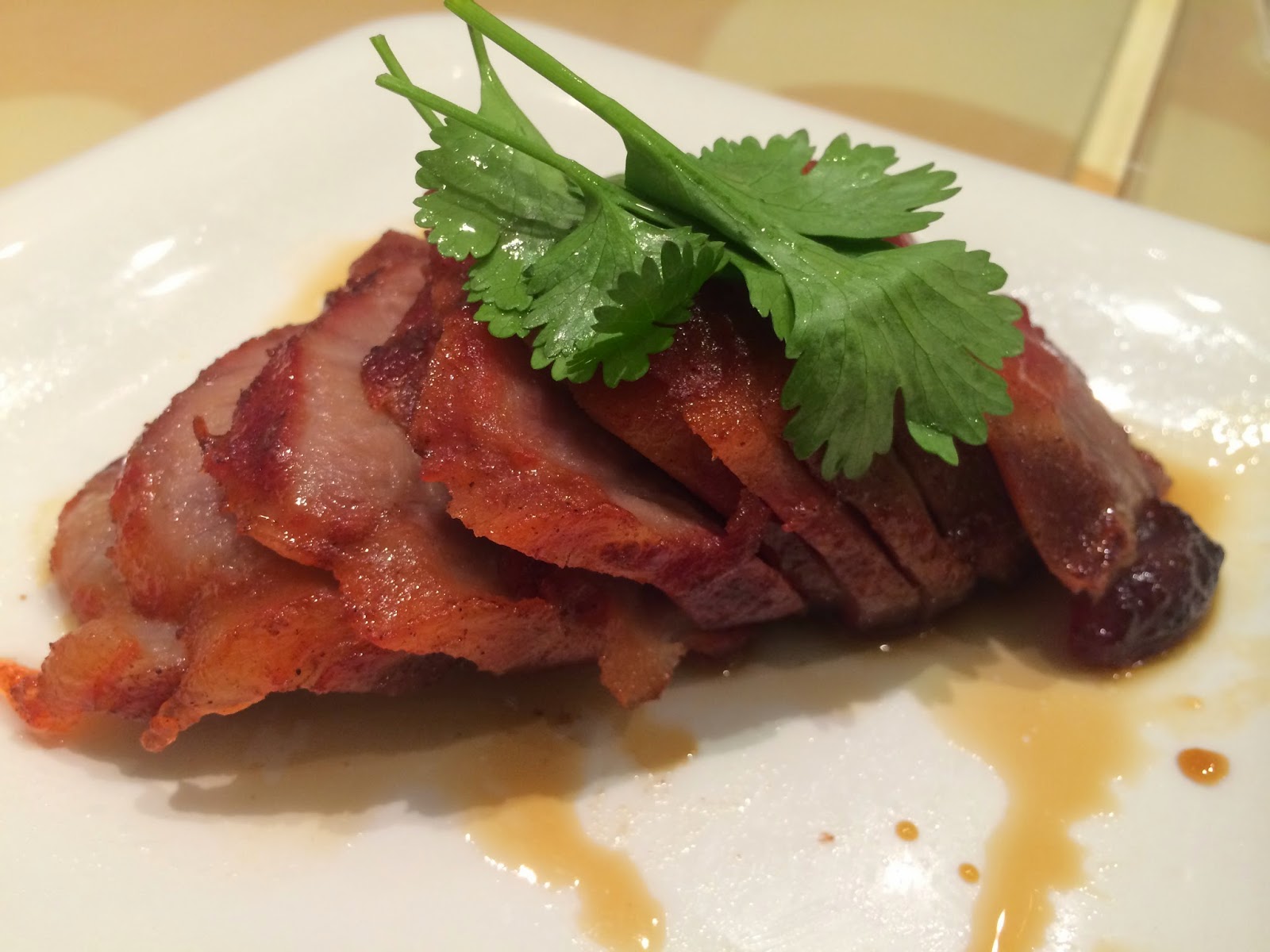 The BBQ Pork ($16.99) was moist and tender, complemented by the slightly sweet BBQ sauce. I liked the crispy coating and the pork was meaty, with only minimal fat. 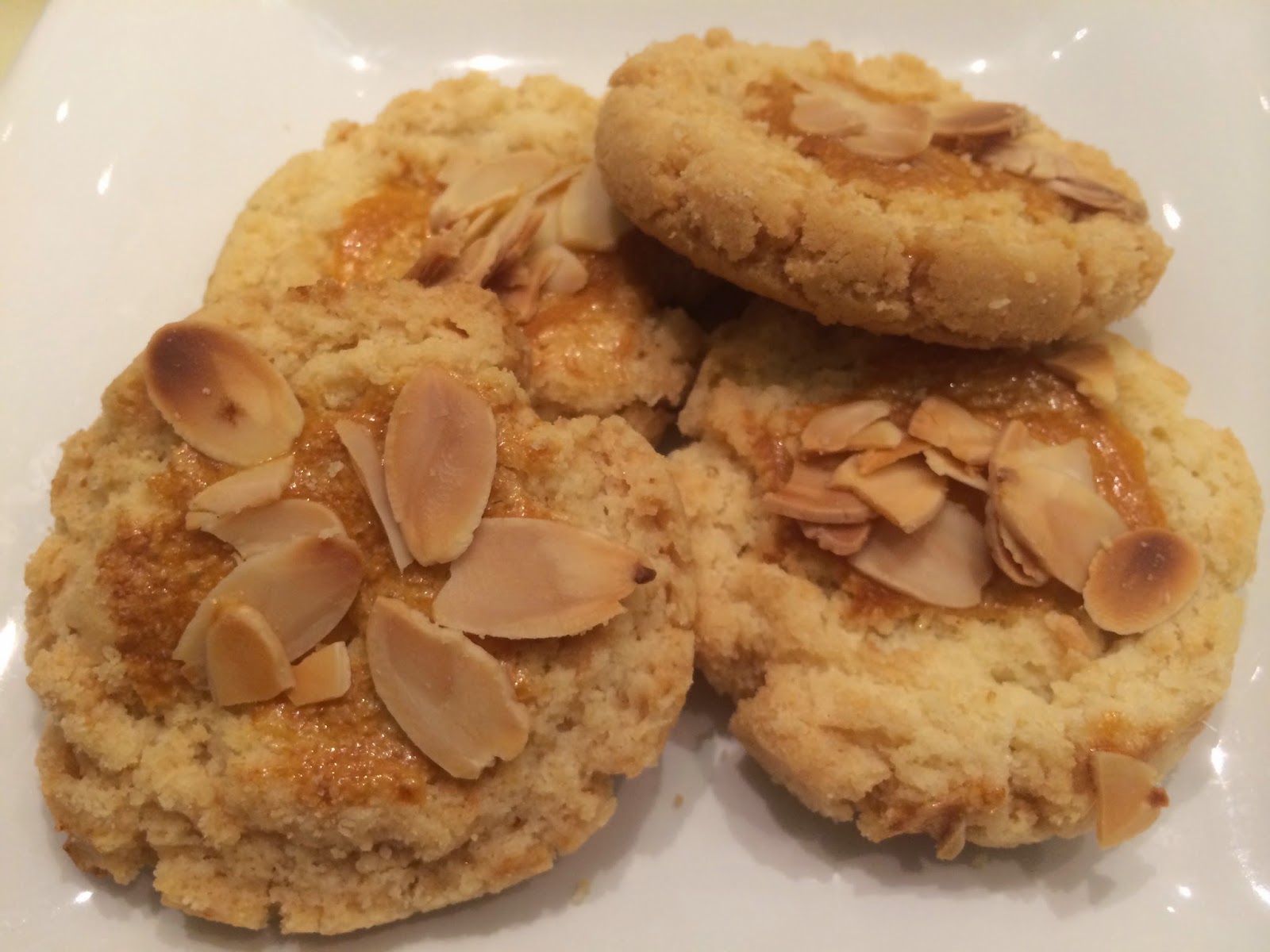 At the end of the meal, we were given a plate of large, almond cookies.

We ate plenty for lunch, and every dish pleased us. The flavors are well balanced, and the quality of the ingredients seems high. Service was very good and everyone in my group enjoyed themselves. I recommend this restaurant, though I wish the prices were a bit lower.
Posted by Richard Auffrey at 4:00 AM