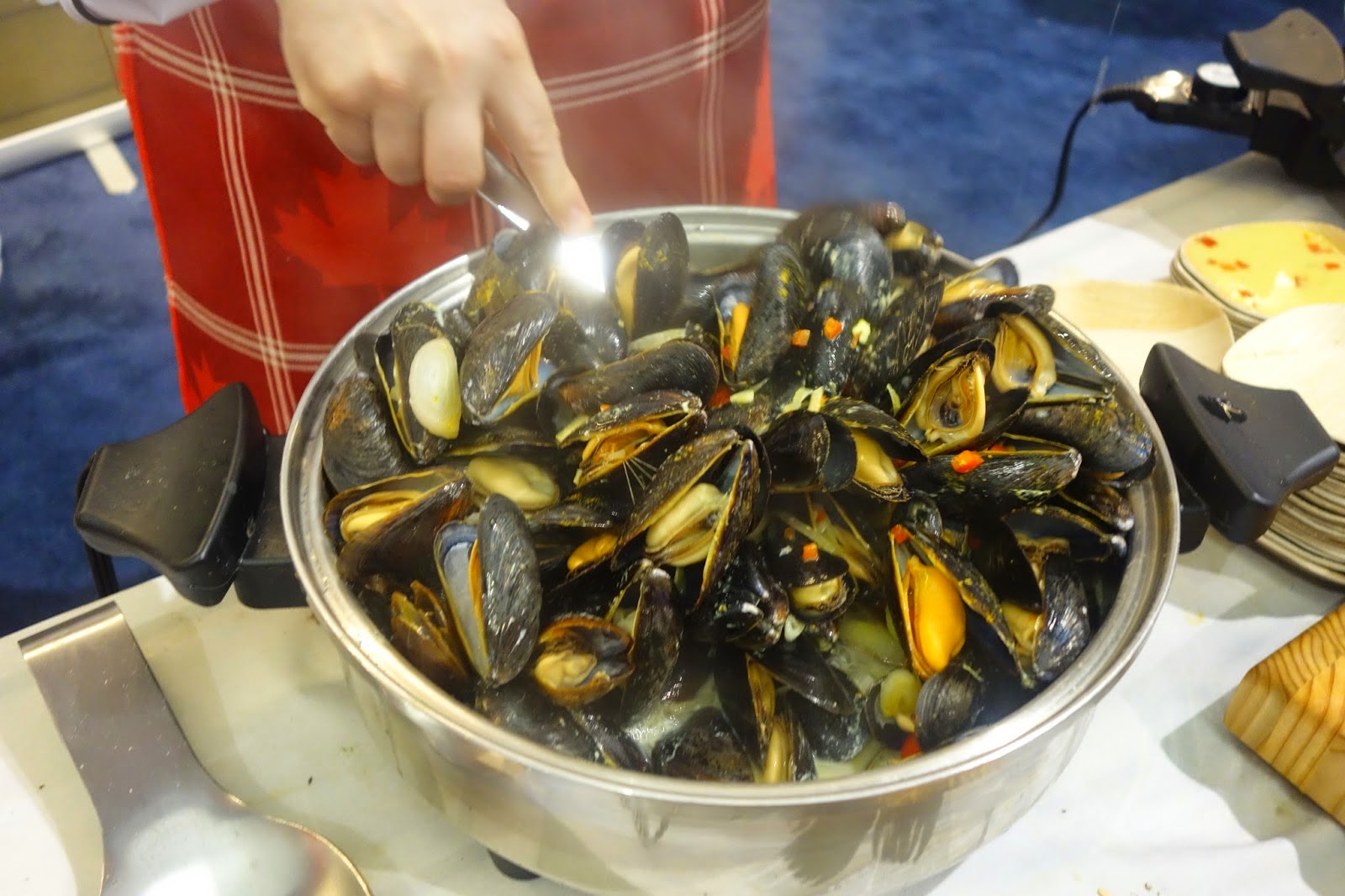 Last week, I provided Ten Suggestions For Less Expensive Seafood, and now I want to get much more specific, to highlight a seafood which has it all. It is inexpensive, delicious, very healthy for you, and is an excellent sustainable choice. It is the Mussel.

Mussels are bivalve molluscs, generally from the marine family Mytilidae, and may inhabit both freshwater and saltwater. There are numerous types of mussels, about 17 which are edible, including blue mussels, green-lipped mussels, and zebra mussels. Interestingly, few people now eat freshwater mussels, though the Native Americans used to eat plenty of them.

The delectable wild mussel has been consumed for thousands of years. In ancient Greece, mussel shells were used as ballots in votiing. Farmed mussels extend back at least to the 12th century, when they were cultured in the waters off the coast of France. The Pilgrims probably feasted on mussels during the first Thanksgiving, though they also fed them to pigs. In the U.S., during World War II, mussels were a common dish at diners because beef was rationed and thus rare. 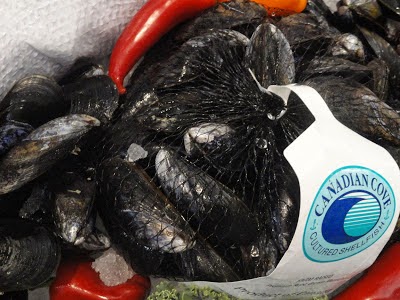 Farmed mussels are one of the most sustainable forms of aquaculture, and you would be hard pressed to find any opposition to its practice. First, mussels are both easy and quick to grow, better than probably any other bivalve. Second, mussels are filter feeders, which eat algae, plankton and other microscopic sea creatures, and help to purify the water. They make the oceans cleaner which is a great benefit. Unlike many other seafoods, there isn't a worry about how much other fish are needed to feed them. And these farming operations aren't creating pollution, but instead help to clean the waters.

Mussels are also a healthy choice, one of the best seafoods you can consume. They are a good source of protein, with the added benefit of being low in calories and saturated fats. In some respects, that makes it a better choice than beef. In addition, mussels are a good source of selenium, vitamin B12, zinc and folate. Most importantly, mussels also possess a significant amount of Omega-3 fatty acids, which is important in reducing the risk of heart disease. A 3 ounce portion of mussels contains about 700 milligrams of Omega-3s, placing it high on the list of seafood with significant amounts of Omega-3 fatty acids. Plus, mussels have a far less risk of mercury and PCBs. In many ways, mussels are an excellent nutritious choice and should be a regular visitor to your dinner plate. 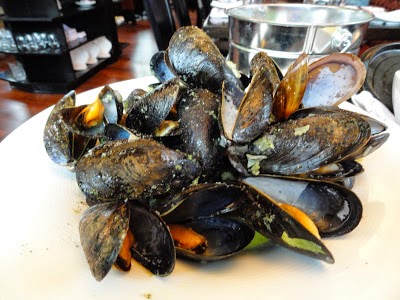 What do mussels cost? Are they expensive? They are actually a very affordable choice, commonly costing $2-$4 per pound, making it a good value. With the rising costs of beef, pork and chicken, it makes sense to purchase something like mussels instead. You'll get your protein, as well as all of the other benefits, from vitamins to Omega-3s. At restaurants, mussel dishes are usually inexpensive as well. Scratch off another objection.

Many people complain that it is too difficult to cook seafood, but mussels are very simple. You can steam them in only 5-10 minutes, and you know they are done when the shells have opened. It couldn't be much easier. Though you can steam them in just water, you can use any liquid, and such liquids can imbue the mussels with a diversity of flavors. Try Sake or beer, or create your own special broth. Mussels are also versatile, and can be prepared in many other methods, in all types of cuisine. For example, moules-frites, steamed mussels and French fries, is a common dish in France, Belgium and the Netherlands. I love this dish at AKA Bistro in Lincoln, as their broth is so compelling.

Another interesting bit of trivia is that you can tell the sex of your mussel based on the color of its meat. The meat of male mussels tends to have a tan color while female mussels tend to be orange. So the next time you enjoy a big bowl of mussels, try to determine their sex.

What is your favorite way to eat mussels? What restaurants have the best mussel dishes? 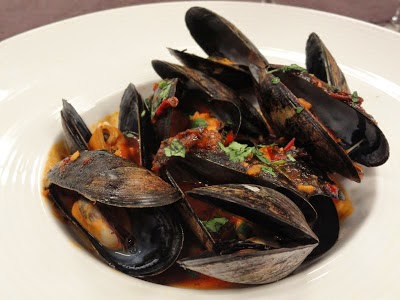 In 2009, the worldwide supply of farmed mussels was approximately 4 billion pounds, with China accounting for about 40%. In Europe, Spain is the leading producer of mussels. In 2010, the United States imported most of their mussels, with about 47% being imported from Canada and 42% from New Zealand. This was actually the first year that Canadian imports were greater than New Zealand. Within Canada, Price Edward Island (PEI) exports about 88% of all Canadian mussels, with Newfoundland and Nova Scotia occupying second and third place.

U.S. mussel production is only about 700,000 pounds, the majority grown in Maine with a smaller portion grown in the northwest region, especially Washington. The U.S. has much room for growth in this area, and should move forward to expand mussel aquaculture. There really is no reason why more fishermen shouldn't move in this direction. Instead of importing 91% of our seafood, we should be finding ways to produce more domestic seafood, including mussels. They are sustainable and good for the ocean.

So what are you waiting for? Go enjoy some mussels.
Posted by Richard Auffrey at 3:00 AM