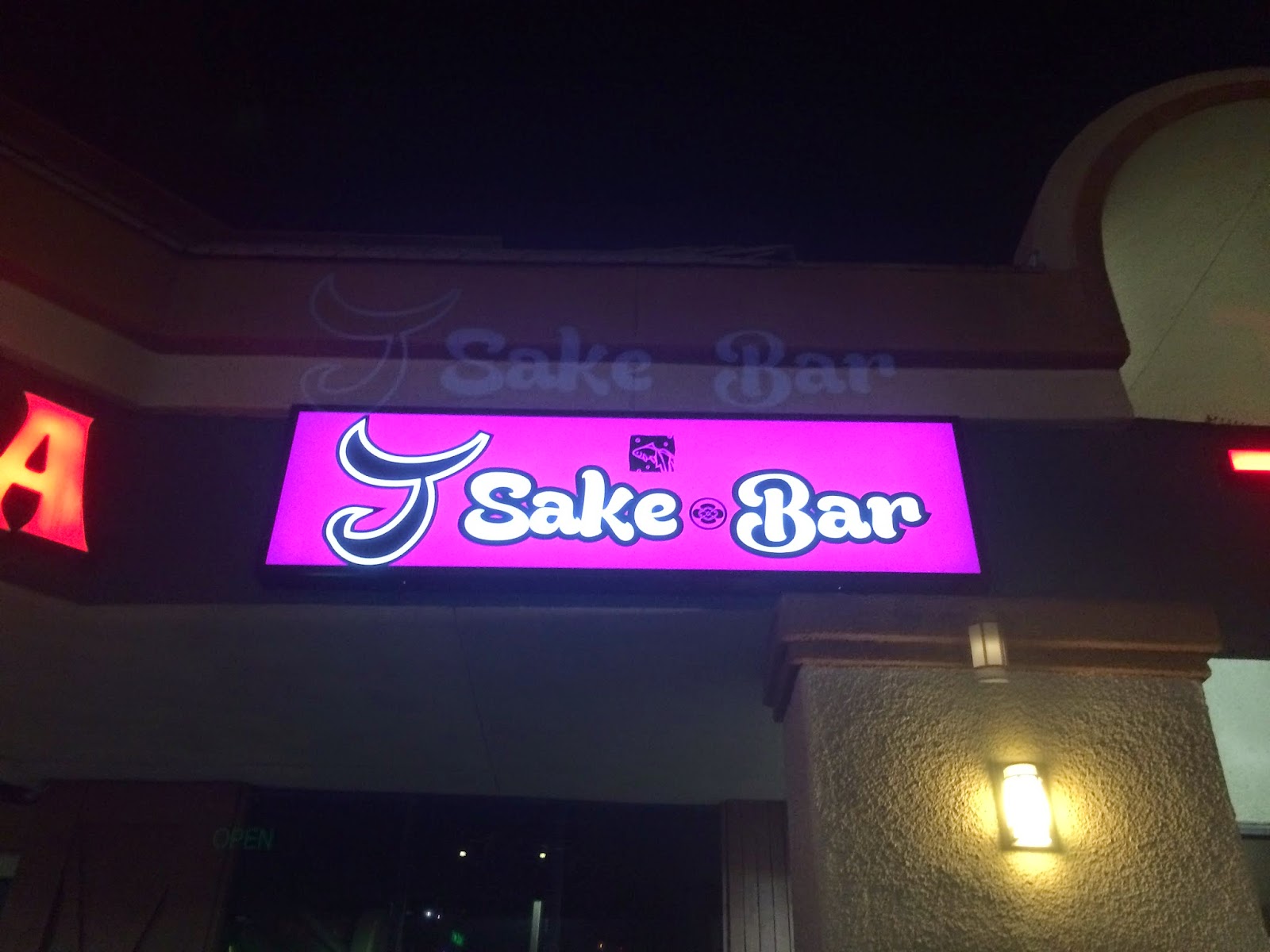 While planning my trip to Las Vegas, I did some research on the best places to find Sake. As I hadn't been there in several years, I knew there had to be some new places to check out, and I found one. The J Sake Bar, located a short distance off the Strip at 4459 West Flamingo Road, has only been open since the end of April, and they do not even have a website, just a Facebook page. As such, there also is not a menu of their food or Sake online. Hopefully that will be remedied in the near future, so people can see what they carry. 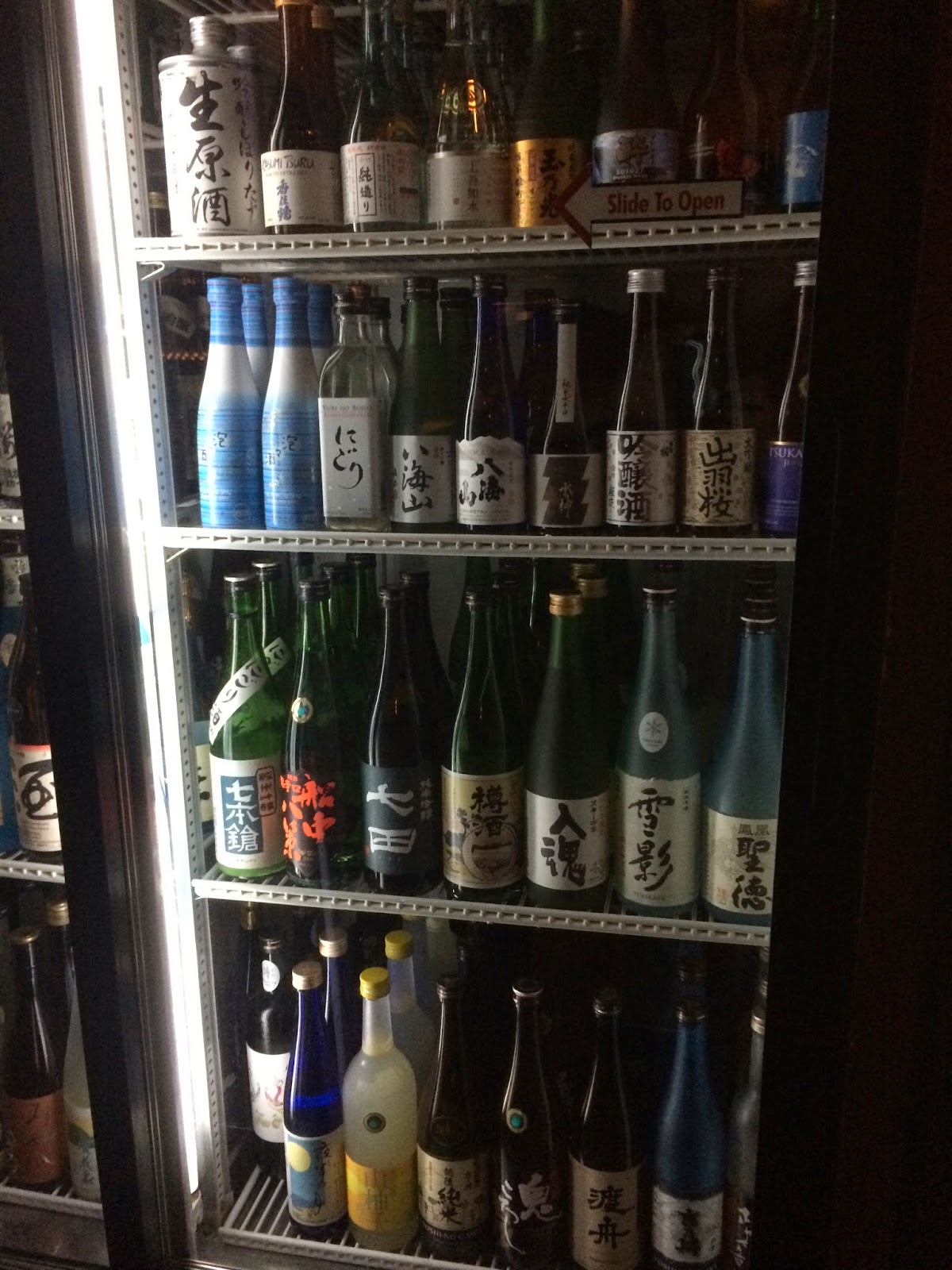 The Sake bar is open Tuesday through Sunday, from 7pm-3am, and they carry over 100 different Sakes, in numerous formats from small cans to large ishobins. My friends and I stopped there after our dinner at Anriya Raku, planning to have a drink. We didn't order any food, and really didn't even consult the food menu, because we had already eaten plenty at dinner. However, I delved into the Sake list, and was pleased with the diversity I found. This is definitely a place I want to return to, and spend more time exploring the Sake list and trying some of their food. It is a place with lots of potential, though it needs to provide more information online for potential customers. 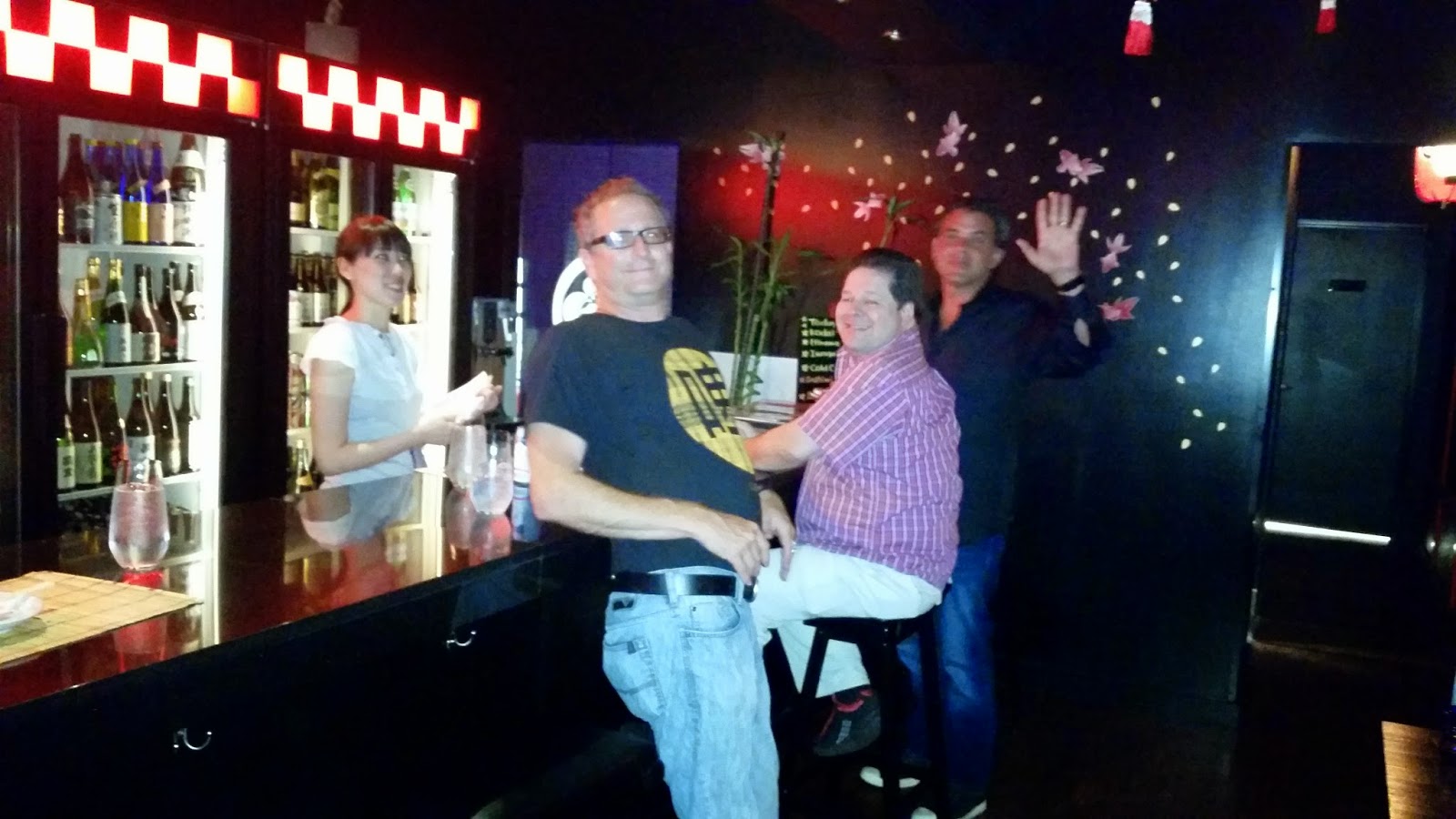 We sat at the bar and our server was personable and accommodating, making us all feel welcome. For a Thursday evening, close to midnight, it wasn't very busy though that could be because it is not well known yet. Being off the Strip, visitors to Vegas generally have to take the effort to get there, which many may not do unless they are provided sufficient reason to do so. So, such restaurants and bars need to spread the word wide and far, to gain the notice they deserve. 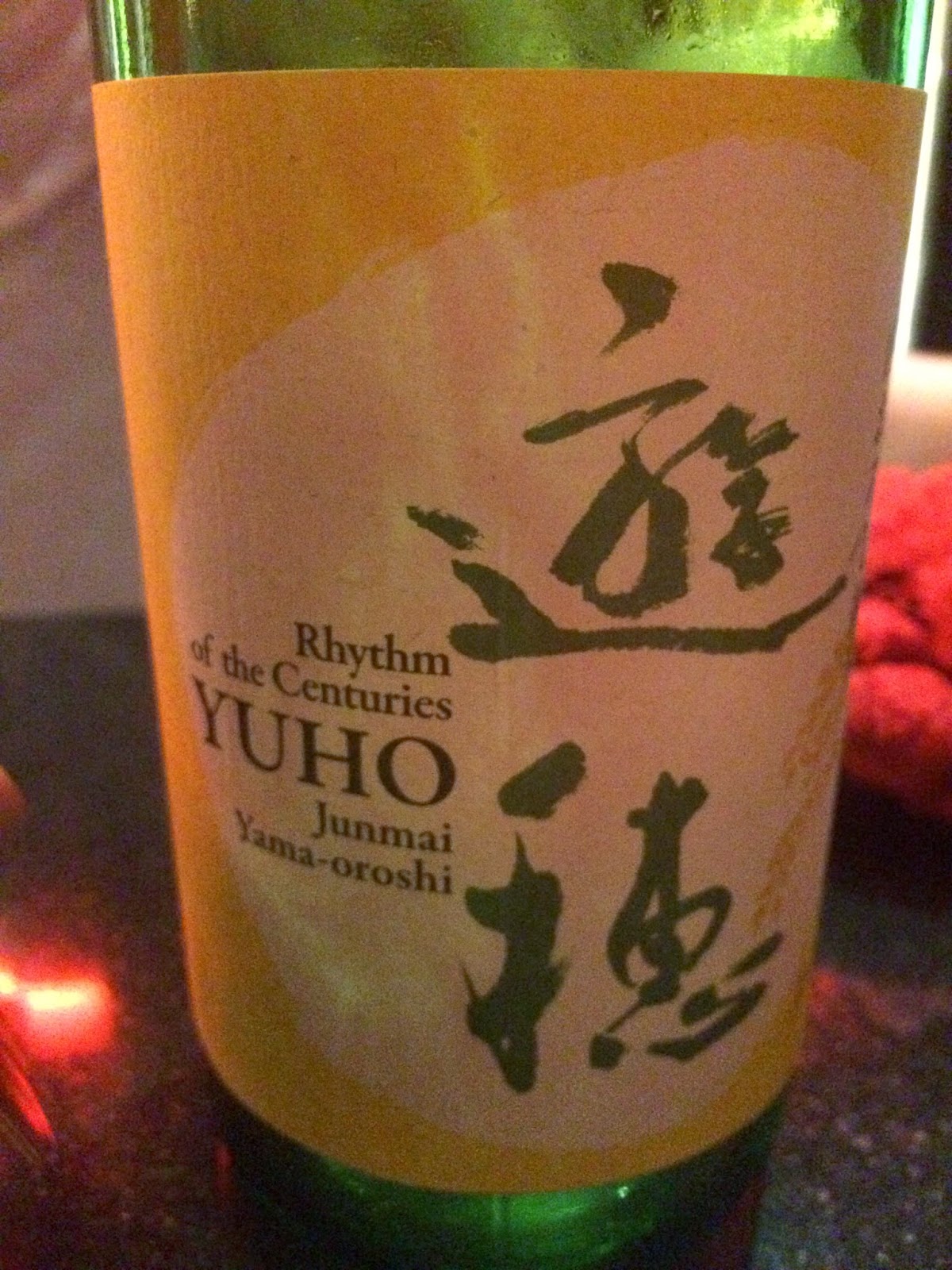 I chose to drink the Mioya Shuzo Yuho "Rhythm of the Centuries" Yama-oroshi Junmai Kimoto. That sounds like a mouthful, but it is rather easy to understand. Mioya Shuzo, founded in 1897, is the name of the Sake brewery and it is located in the Ishikawa Prefecture. It is especially unique as it is one of the only breweries with a female president, Miho Fujita, and she also participates in the brewing. The "Yuho" line was created to showcase Sake with bold flavors and umami, and the term means "happy rice" though it also refers to the area's frequent UFO sightings. Flying saucers & Sake?

The Sake uses Notohikari rice, that has been polished down to 55%, which would qualify it as a Ginjo though it is only labeled as a Junmai. It has a higher acidity, at 2.2, than the usual Junmai. The Sake was produced using the ancient Kimoto method, where large oar-like poles, called yama-oroshi, are continually rammed into the yeast starter to produce a paste. This is a laborious task, which is rarely performed in modern breweries, but which can create intriguing Sake, often with a more earthy or gamey taste, as well as greater umami. The Mioya brewery has been using the Kimoto method since its founding.

Most Sake is aged for six months to a year before it is released, but this Yuho is aged for about four years prior to release. This may be why the Sake is so smooth on the palate, an easy drinking liquid which goes down far too quickly. It has a powerful umami taste, with underlying elements of earthiness, some citrus flavors and even Sherry notes on the finish. Nice acidity, a lengthy finish and plenty of complexity. An excellent choice, it garners my highest recommendation and I think it will be enjoyed not only by Sake lovers, but also those new to Sake.

Posted by Richard Auffrey at 9:08 AM

There is plenty of good, reasonable San Francisco restaurants are there to choose tasty food. I had a grand lunch party there and got very delicious food with good catering services.