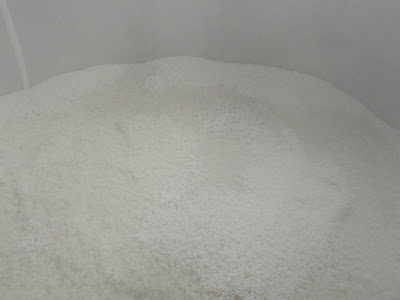 It's probably not about foreign Sake breweries.

Two weeks ago, I wrote about Japanese efforts to legally define and protect "Japanese Sake." Legal protection apparently will be sought from the World Trade Organization (WTO), and the initial definition, which is still subject to change, indicates that "only sake made in Japan using domestically grown rice be sold as “Japanese sake.” Such efforts to protect "Japanese Sake" are akin to previous efforts to protect items like Champagne and Sherry, efforts I support.

However, I was curious as to why Japan decided to just now seek legal protection for Sake. What was the impetus for their decision? Were they concerned about the couple dozen of foreign Sake breweries which have arisen around the world, from the U.S. to Norway? None of the news articles seemed to indicate a rationale for Japan's actions.

I might now have an answer. An article I read yesterday in the Financial Times may just offer that rationale. You've probably heard about the Trans-Pacific Partnership (TPP), a "free trade" agreement among 12 countries, including the U.S. President Obama has been trying to get approval for this controversail agreement, and has run into some opposition, especially from Democrats. It is also an agreement which has garnered plenty of attention in Japan, and I wrote a couple years ago how it could lead to lessened or eliminated Sake tariffs.

If TPP passes, it could lead to a significant reduction in Japan’s heavy tax on imported rice, currently about $1.30 per pound. Discussions on rice imports and tariff reductions have occupied plenty of negotiations between the U.S. and Japan. If the taxes on imported rice are drastically reduced, it could mean that some Japanese Sake producers might decide to purchase the less expensive rice from the U.S. rather than use more expensive domestic rice. The Sake industry may see such a scenario as a threat to their traditional product.

Would Japanese Sake breweries actually use U.S. rice? Consider that about 75% of all Sake is called futsu-shu, regular Sake which often is made from table rice, and not the more expensive Sake rice. Futsu-shu often is inexpensive and some producers try to make it as cheaply as possible. If they had access to cheap U.S. rice, cheaper than domestic rice, there probably is a good chance they would do so to save expenses.

It seems logical then that the Sake industry would want to protect itself from this eventually, If they require "Japanese Sake" to use domestically grown rice, that would probably stop most Sake breweries from considering using U.S. grown rice, no matter how inexpensive. The threat to the integrity and reputation of Japanese Sake is not from foreign breweries. It is more from the possibility of Japanese brewers no longer using Japanese rice.
Posted by Richard Auffrey at 4:00 AM