The Most Ignored Wine? 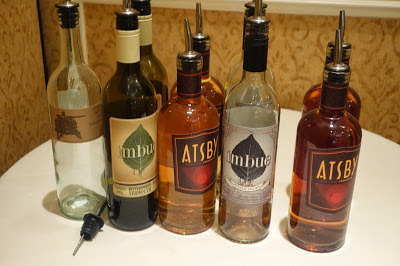 It's a wine with a fascinating history that extends back thousands of years. It's currently produced in France, Italy, Spain, Australia, Germany, the U.S. and more. It's seeing a renaissance in the U.S., an explosion of producers in the past six years. It can be delicious and complex, intriguing and diverse, and offers a template upon which a producer can put their individual stamp.

However, if you search for this wine on most wine blogs, you'll rarely find any reviews. It's a wine that gets far more attention from cocktail lovers than it does wine lovers. Many people probably do not even realize that it actually is a wine. They might see it more as a liqueur or spirit. This is all something that needs to change.

The wine in question is Vermouth, a fortified and aromatized wine.  Why is it so ignored by wine lovers?

Is it because it is a "flavored" wine? Though craft beer lovers often embrace flavored beers, many wine lovers show disdain for flavored wines. They seem to think wines should remain relatively pure, with flavor from grapes and oak, but nothing else, despite the fact wines have been flavored for thousands of years. Sure, there are flavored wines which aren't done well, and taste artificial and unpleasant. However, a carefully crafted Vermouth can express an amazing melange of harmonious flavors.

Is it because it is seen more as a cocktail ingredient than a beverage of its own? Yes, it often is used in modern cocktails, and you are unlikely to find it on most restaurant wine lists. However, back in the later half of the 19th century, when Vermouth first started appearing in cocktail recipe books, one of the most popular was the Vermouth Cocktail, which only contained Vermouth, a piece of ice and a lemon peel. The flavor of the Vermouth, basically on its own, was paramount . In Europe, it is still common to drink Vermouth on its own. It is in the U.S. where people have been slow to embrace this wine on its own.

Is it due to a lack of understanding about Vermouth? Do you realize it is a wine? Do you realize the diversity of Vermouth? It is no longer as simple as dividing Vermouth into sweet and dry. Were you aware of the various U.S. producers of Vermouth, from California to New York? When is the last time you enjoyed Vermouth on its own, and not in a Manhattan or Martini?

Back in 2010, I reviewed my first Vermouths, from two different U.S.producers, including Quady Winery and Sutton Cellars.  The Sutton Cellars Brown Label Dry Vermouth even made my Top Ten Wines of 2010 lists. Since then, I've probably reviewed about ten other Vermouths, with two of them ending up on later Top Ten Wine lists, including the Atsby Armadillo Cake Vermouth and Vermut LaCuesta. I've experienced the delights of Vermouth and hope others will widen their vinous horizons and experience it as well.

Vermouth is definitely worthy of much more attention than it receives from wine lovers. People need to learn more about it, and taste the various examples that are available. Wine bloggers need to write more about it, to share knowledge of Vermouth with their readers. The U.S. needs to take a more European approach, and learn to appreciate Vermouth on its own, and not just as a cocktail ingredients.

What are your thoughts on Vermouth?
Posted by Richard Auffrey at 3:30 AM

Rich, nice to read your piece on Vermouth. I agree, we need to let more people know that Vermouth is indeed a wine (more wineries are making Vermouth and adding it to their list), even though its a great part of many mixed drinks - especially the Martini and Manhattan. But on its own, Vermouth served over ice with a splash of club soda and orange slice is devine. A magic potion and my latest summer beverage! Cheers, JoAnn Actis-Grande