Rant: The Legal Protection Of Sake 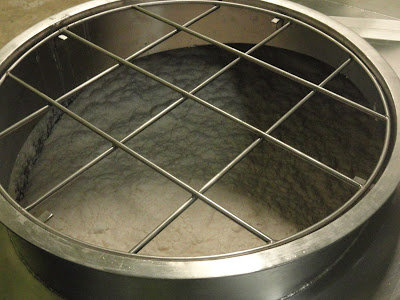 The use of the term "Champagne" is legally limited, under international agreements, primarily to sparkling wine produced in the Champagne region of France. Back in March 2006, the U.S. and European Community signed wine accords where the U.S.agreed not to use certain European wine terms, from Champagne to Port, to protect the geographical origins and reputation of these wines. However, the agreement also allowed existing U.S. wine labels to be grandfathered in, continuing to allow them to use the protected terms. As such, you still can find wines produced in the U.S. and labeled as "California Champagme."

According to The Japan Times, Japan is considering the idea of securing international protection for Sake, their traditional, rice based alcohol. The article states: "The National Tax Agency proposed Thursday that only sake made in Japan using domestically grown rice be sold as “Japanese sake.” At this time, there isn't a clear definition of "Sake" but the tax agency plans to create one by the end of the year. The Japan News also noted that the definition may include that "..sake made from rice grown in foreign countries or produced abroad cannot be sold as Japanese sake."

As an aside, under that proposed definition of Japanese Sake, where the rice must be grown in Japan, that would mean at least a couples Sakes currently produced in Japan would fail to meet the definition. For example, Kikusui makes an organic Sake that is made from rice grown in the U.S., though the Sake is fermented in Japan. With the new definition, they could no longer refer to themselves as "Japanese Sake."

It is still very early in this process so there are still many unknowns and we can only speculate as to what might come during the coming months. Nothing is set in stone. "Sake" is a Japanese term which refers to all types of alcohol, though it is commonly used in English to refer only to their traditional alcohol fermented from rice. The Japanese more often refer to that traditional rice alcohol as nihonshu, or Japanese alcohol, and legally, it is referred to as seishu, or clear alcohol.

So which term or terms are they considering protecting? Sake, nihonshu or seishu? The news articles seem to all be using the term nihonshu, translating it as "Japanese Sake," though there isn't anything definitive yet. After further consideration, that could very well change. Legal protection apparently will be sought from the World Trade Organization (WTO), under Article 22 and Article 23, subject to any exceptions in Article 24.

However, to try to gain legal protection for the term "Sake" might be difficult as the word itself is fairly generic, and it is not commonly used in Japan. They would have more ease in trying to protect nihonshu, Japanese Sake, but would that really gain them any advantage? The Sakes produced in breweries outside of Japan, including those in the U.S., usually use the term "Sake" by itself, without qualifying it as "Japanese." As such, protecting "Japanese Sake" would not prevent outside Sake breweries from doing anything they already do.  The same would occur with protecting the term "seishu" as it isn't really used outside of Japan.

Is there confusion in the market over Sake made in Japan and Sake made elsewhere? I can personally attest to witnessing such confusion, on multiple occasions, where people drank Sake made in the U.S. but thought it was made in Japan. As Sake in the U.S. remains a niche beverage, and ignorance about it remains high, it is easy to understand why people are confused. There is even a fair amount of people who are not even aware that Sake is made in the U.S.  Interestingly, about 60% or so of the Sake consumed in the U.S. is actually produced in the U.S. Consumers need to learn more about Sake, including where it is produced.

There might be a better way to protect Japanese Sake, and that would be to try to protect Sake categories such as Honjozo, Junmai, Ginjo and Daiginjo. Those terms have specific meanings in the Japanese Sake industry, and maybe those definitions could even be adjusted to only include Sake made from rice grown in Japan. Most, if not all, Sake breweries outside of Japan use these terms even though their use is not regulated in any way.

For example, in Japan, a Ginjo Sake requires the rice to be polished down by at least 40%, but in the U.S. there is no legal definition of what constitutes a Ginjo. Because of that, a U.S. Sake brewery could technically label a Sake as a Ginjo even if the rice was only polished down by 30%. They are not legally bound by Japanese definitions, though I'm unaware of any U.S. brewery that actually doesn't follow their definitions. The possibility remains though and maybe that should be changed.

The restriction of these terms might better indicate whether a Sake is from Japan or not. However, if Japan sought protection for those terms, it seems likely that pre-existing Sake breweries outside of Japan might be grandfathered in, allowing them to still use those protected terms. That will all depend on diplomatic negotiations. Only new breweries would likely be affected by any new restrictions.

I'll be keeping an eye on Japan's progress in this area and will report back when I learn more.
Posted by Richard Auffrey at 3:00 AM

My grandfather loves sake! Thank you for the news.

A blessing is a circle of light drawn around a person to protect, heal and strengthen. See the link below for more info.


Life is a battle, if you don't know how to defend yourself then you'll end up being a loser. So, better take any challenges as your stepping stone to become a better person. Have fun, explore and make a lot of memories.