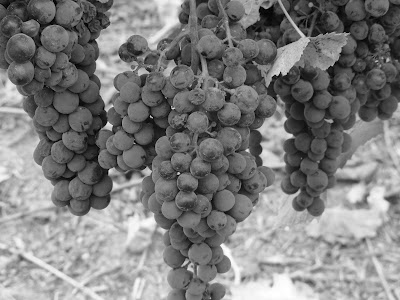 "In every configuration, on every level, Hamilton had designed the law to charge small producers who could least afford it a higher tax. And the most significant effect of the higher tax was that it would, as Hamilton said, have to be passed on to consumers. Small producers would have to raise prices. Big producers could lower prices, sharply underselling the small distillers, taking over their customers, ultimately driving small producers out of business. Closing down local whiskey economies, the whiskey tax pushed self-employed farmers and artisans into the factories of their creditors."
--The Whiskey Rebellion by William Hogeland

I've been fascinated while reading The Whiskey Rebellion, a history of the infamous Whiskey Tax. In addition, I've seen parallels to some of the current issues facing the alcohol industry, on both a national level as well as in more locally in Massachusetts. Locally, there is a battle currently being waged between large alcohol retailers and the small ones, with economic survival on the line. And with the potential advent in changes to the current alcohol laws in Massachusetts, we are unsure how those changes will ultimately affect all of the various retailers.

A new Alcohol Task Force recently held their first public meeting, and the purpose of this task force is it to "examine the legal and regulatory framework governing the alcoholic beverage industry in the Commonwealth of Massachusetts." Six public hearings were to be conducted, and three have already been held. In addition, interested parties can submit their concerns, suggestions, or recommendations directly to the Task Force. Many would agree that some Massachusetts alcohol laws should be changed, but there may be less agreement on which ones need changing.

One of those interested parties is Total Wine & More, a large national chain of alcohol retail stores, which is pushing their own agenda, including through the creation of Consumers First, to promote their concerns. Based on that website, there are two basic issues they wish changed, cumulative quantity discounts and alcohol coupons. At its most basic, they simply want more ways to reduce their prices so that they can attract more consumers.

Despite the name of their website, I get the impression that it is more about "Total Wine First" rather than consumers. The only two issues they have highlighted will greatly benefit them, giving them a larger economic advantage over other alcohol, smaller retailers. If it were truly about "consumers first," then I would expect to see a wider range of topics addressed, and not just the two that will most benefit Total Wine. Just seems too self-serving for me.

With approximately 170 Total Wine stores across the country, and the fact that approximately 85%+ of their stock at each of those stores is the same, it means they can purchase huge quantities of alcohol, acquiring much larger discounts than small, independent and local alcohol retailers can possibly achieve. That allows Total Wine to price some of their products at costs significantly lower than numerous other retailers, sometimes even lower than what those smaller stores pay for wholesale. The two issues Total Wine wants changed would only widen that economic gap.

If you take the time to compare prices at Total Wine with other local wine stores, you will find that not all Total Wine prices are lower than other retailers. However, on some of the largest and most popular brands, Total Wine has incredibly low prices, which seem geared to lure customers into the store, with the hope they buy other products which provide a higher profit margin. When I toured the Everett store, I was informed that their average customer spends over $100 per visit.

People don't just stop by Total Wine for a single bottle of wine as they might do at a smaller retail store. Total Wine understands that once they get someone inside the store, seeking that bargain bottle, the customer is very likely to buy much more than one bottle. The customer will stock up on alcohol, buying multiple bottles, if not cases.

We should then ask ourselves, how important is price to consumers?

There was some recent discussion on the topic of Total Wine and pricing on Facebook, begun by Charles Draghi, Chef/Owner of Erbaluce. I've been thinking about the issue of price and consumers for some time, not only for alcohol retailers but for restaurants as well. It seems to be a significant issue, and an area where consumers need much more education. It is easy to make one's decisions solely on price, opting for whatever is cheapest, yet that can be short-sighted, failing to consider all the other value that may exist at a higher cost.

To me, the best alcohol retail stores possess three key elements: a diverse & interesting selection, good service with knowledgeable staff, and reasonable pricing. Pricing is important but it shouldn't be the sole determinant of where you shop. You can't ignore the other two elements and you also have to understand exactly what you get for the price. As a caveat, we need to be cognizant that there are plenty of people who will shop based only on price, seeking the lowest they can find, and they are unlikely to change their stance. For the rest of us, we should try to think more about what those lower prices may entail. Our purchasing decisions can have a wide ranging impact.

For example, one of my most significant complaints about large alcohol retail chains like Total Wine is that they lack sufficient diversity. Because the stock in all their stores across the country is nearly the same, that means they have to purchase large, national or international brands, with significant production figures. Those are not the type of wines that generally interest me. You are extremely unlikely to find wine from small wineries at Total Wine as with their low production, they can't supply enough wine for Total Wine. As an aside, Total Wine's Sake selection is very poor too, as most Japanese breweries don't export to the U.S. in sufficient quantities to interest Total Wine.

The only way to find wines, beers, and spirits from such small wineries, breweries and distilleries, is at the smaller, more independent wine stores. We should cherish the diversity that is available at these retailers, expanding our palate beyond just the major national brands. In addition, by supporting these smaller alcohol retailers, you are giving your support to those smaller wineries, breweries and distilleries. They need your support, so they can continue to produce their interesting and diverse beverages. Total Wine doesn't support such small wineries, instead giving their primary support to very large wineries.

It is also the smaller retailers who can be at the forefront of new trends, introducing consumers to new and fascinating drinks. As an example, Georgian wines are quite hot right now though only about 25,000 cases of Georgian wine are currently exported to the U.S. Are you likely to find them at Total Wine? No, because Georgia doesn't export a sufficient quantity to interest Total Wine. The only place you will find Georgian wines are the independent retailers who cherish diversity.

If you want to find a fascinating and diverse selection of wines, you should check out places like Streetcar Wine & Beer, Social Wines, and The Wine Bottega. You will probably never see any of the wines they stock carried at Total Wine. By supporting these three wine shops, and others like them, you are supporting small, local businesses as well as the small wineries they patronize. And if you want a small, local discount wine store, check out Bin Ends Wine. You'll find excellent prices there along with a nice diversity of wines.

The wine world needs diversity, where both large and small wineries across the world can co-exist. A large chain of alcohol retail shops which neglects those small wineries does a major disservice. It fails to offer sufficient diversity to its customers and fails to introduce consumers to some of the hottest trends in the wine world. Consumers should not be driven by price alone, but should more carefully consider the reasons behind those low prices, and what they might be missing.
Posted by Richard Auffrey at 3:00 AM