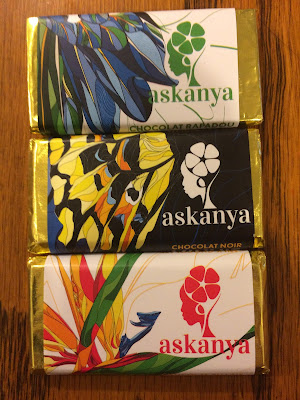 "The taste of chocolate is a sensual pleasure in itself, existing in the same world as sex... For myself, I can enjoy the wicked pleasure of chocolate... entirely by myself. Furtiveness makes it better."
--Dr. Ruth Westheimer

The island of Haiti was one of the first countries to commercially grow cacao, though it wasn't a very successful endeavor. However, throughout the centuries, cacao has continued to be cultivated in Haiti and there has been more success in recent years, with the potential for much more. Their cultivated cacao trees tend to be older, and more desirable varieties, such as Criollo and Trinitario. Criollo, which is difficult to grow, constitutes only about 5% of the world's production and is most often used in high-end chocolate. Trinitario is a natural hybrid, being hardier to cultivate, and can also have a superior flavor.

In 2015, Haiti produced only about 4500 metric tons of cacao, which is approximately 0.1% the of global supply. This low amount is due to a number of factors, including natural disasters like the Haitian earthquake of 2010 which decreased cacao production by about 36%. Over 90% of the cacao beans cultivated in Haiti are exported in their unprocessed state as it is difficult to ferment the beans in Haiti. There are only a small number of fermentation facilities, and it is those facilities which elevate the quality of chocolate. 90% of the cacao beans also come from small, family run farms, which, on their own, generally don't have the power or finances to market their products.

The Fédération des Coopératives Cacaoyères du Nord (FECCANO) is a cooperative of about 3000 cacao farmers, most from northern Haiti. Back in 2009, the Agronomes et Vétérinaires Sans Frontières, an international, non-profit dedicated to helping small farmers, started educating FECCANO in cacao fermentation techniques as well as helping to open four fermentation facilities on Haiti. They worked with FECCANO in other cacao matters too, such as helping them garner fair trade and organic certifications. FECCANO now has been able to export some high-quality chocolate, earning more money for its many farmers.

Locally, you might have enjoyed some Haitian chocolate from Taza Chocolate, which produces an 84% Dark Chocolate Bar sourced from Produits Des Iles SA (PISA). However, there is a new product on the market, a Haitian bean-to-bar chocolate that is produced solely in Haiti. And it is amazingly delicious. 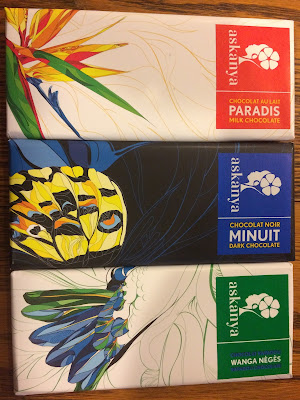 Les Chocolateries Askanya is Haiti's first and only bean-to-bar chocolate company, located in Ouanaminthe, a town in northeastern Haiti. Their motto is "Grown in Haiti, Made in Haiti, Enjoyed Everywhere." The company was founded in 2015 by three entrepreneurs, including Corinne Joachim Sanon Symietz, her husband Andreas Symietz, and Gentile Senat. Corinne, a Haitian native, was previously an engineer and business consultant, but had a dream of returning to Haiti and starting a business to create jobs. In the end, the founders decided to accomplish this goal by creating a chocolate factory.

The name of their company derives from one of the founder's German hometown, Aschersleben, which in a Latinized form is Ascania. This is also the name of a legendary king in Roman mythology and the founders wish Askanya to become known as the Queen of Chocolate in Haiti. Askanya initially spent time investigating cacao through FECCANO, and now it has become their only cacao supplier.

Currently, Askanya produces three different, single-origin chocolate bars: Paradis, Wanga Nègès and Minuit. They are available in 55 gram bars (about $6 each) and bite-size 10 gram bars (12 for $12.50). The colorful wrappers for their chocolate bars celebrate the native flora and fauna of Haiti, including the bird of paradise (Paradis), night butterflies (Minuit), and hummingbird (Wanga Nègès).

The chocolate is available across the U.S., from New York to California, Illinois to Washington, D.C. Locally, Askanya was previously available by mail order through New Leaf Chocolates in Arlington, but the company has temporarily shut down. There is no other Massachusetts location selling Askanya but you can order them online and get some shipped to you. I received some media samples of the three different bars and found the chocolate to be quite impressive. 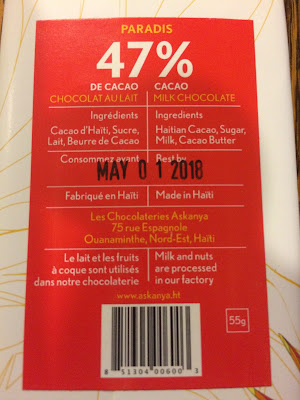 The Paradis is a Milk Chocolate bar, made from Haitian cacao, sugar, milk, and cacao butter, with 47% cacao. A milk chocolate bar can have as little as 10% cacao but the Paradis, with its 47%, is closer to the rough category of Dark Milk Chocolate, which generally is said to have at least 50% cacao. 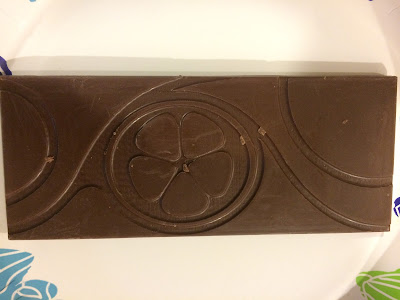 When you look at the Paradis, it certainly is darker than many milk chocolate bars you may have seen, and on the palate, it will strike you as more similar to dark chocolate too. The Paradis has a rich and creamy texture, with delicious chocolate flavors and a mild sweetness. The taste is enhanced by subtle fruit flavors, providing additional complexity. There isn't any bitterness to the flavors and it will definitely please any chocolate lover. 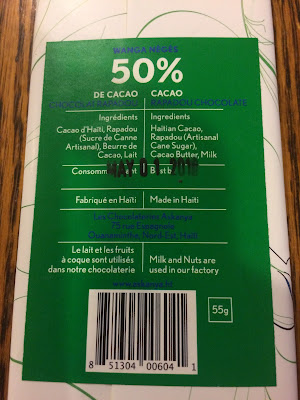 The Wanga Nègès is also a Milk Chocolate bar, made from Haitian cacao, Rapadou (artisanal cane sugar), milk, and cacao butter, with 50% cacao. Rapadou is an unrefined, whole cane brown sugar, and can add flavors of caramel or molasses. With a 50% cacao, it would qualify as one of the Dark Milk Chocolates and it will definitely remind you of dark chocolate. The Wanga Nègès was my favorite of the three bars, presenting a complex and compelling taste. It was creamier and smoother than the Paradis, with a rich, chocolate taste and a complex melange of subtle other flavors, from caramel to dried fruit. There was no bitterness and the taste of the chocolate lingers in your mouth for quite some time. Highly recommended! 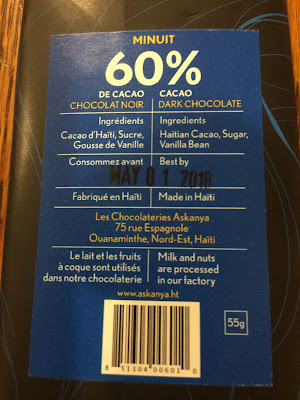 The Minuit is their their Dark Chocolate bar, made from Haitian cacao, sugar, and vanilla beans, with 60% cacao. It is the darkest of the three bars, with a rich, deep and dark chocolate taste, but again there isn't the bitterness you may associate with dark chocolate. It also has its own complexity, subtle fruit flavors, sweet vanilla, and more than I strained to try to identify. It is a chocolate to slowly savor and enjoy, reveling in its subtle complexities. 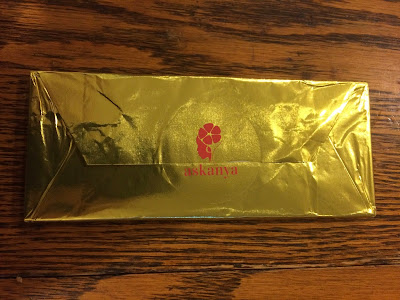 Frankly, these were some of the best chocolate bars I've enjoyed in quite some time. Their creamy richness and complex flavors were compelling, and from the first bite you know these are high quality chocolates. If this is indicative of Haitian chocolate, then let's hope more companies start producing chocolate bars and other chocolate treats. Seek out Les Chocolateries Askanya and you won't be disappointed.
Posted by Richard Auffrey at 9:27 AM